Apple today released iOS 11.1 featuring a total of 240 new emojis, as well as bunch of design changes to some old emoji favorites.

Additions in iOS 11.1 include Giraffe, Face Vomiting, Genie, Sauropod (dinosaur) and all the emojis approved in Emoji 5.0. 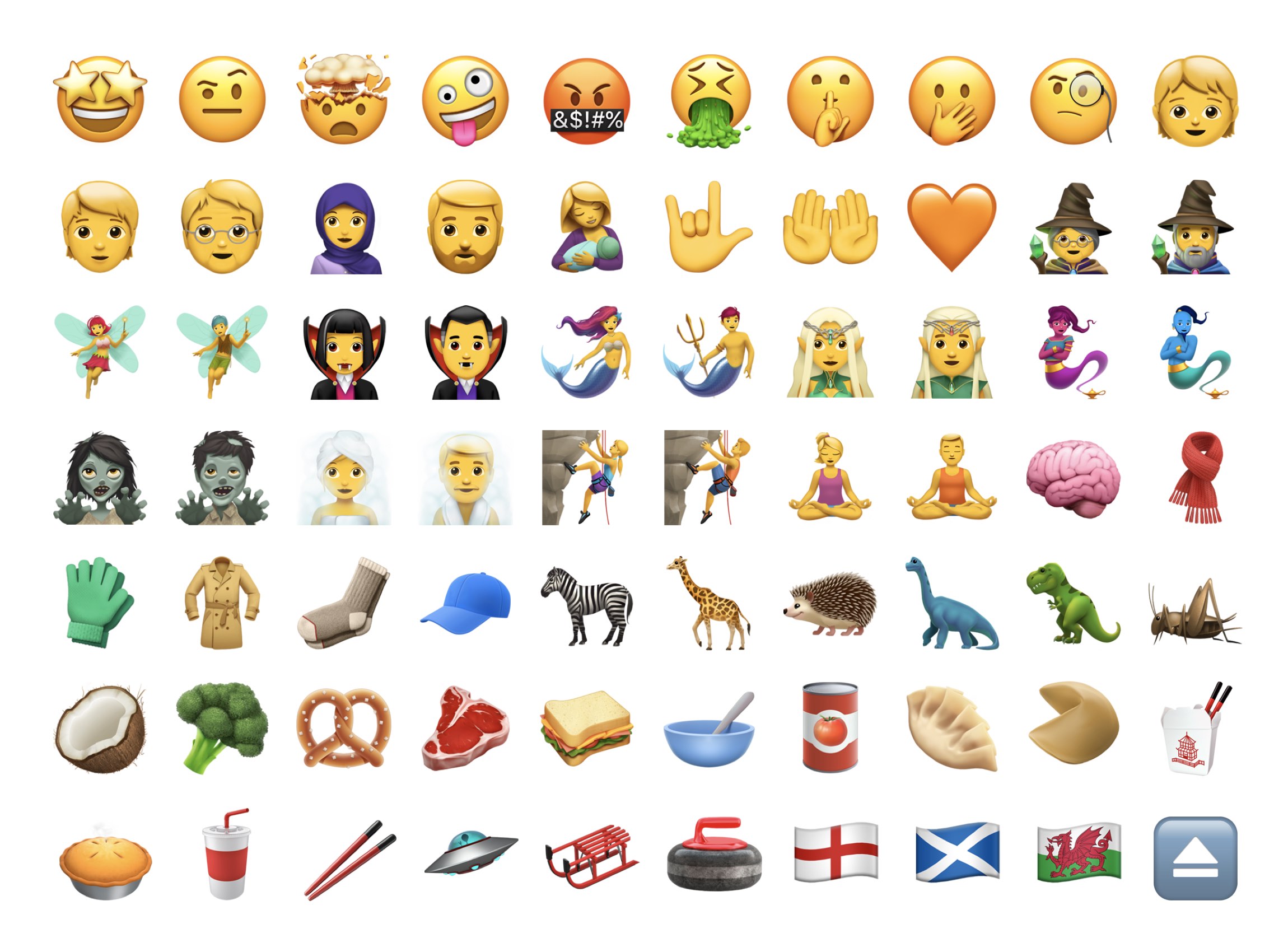 Just in time for Halloween, new fantasy emojis include 🧟 Zombie, 🧞 Genie, 🧛 Vampire and 🧜 Merperson. Each of these have versions that display as women or men.

Other emojis available in iOS for the first time include 🛷 Sled, 🧐 Face With Monocle, as well as gender-inclusive emojis for a 🧒 Child, 🧑 Adult, and 🧓 Older Adult.

The final emoji list for 2017 — Emoji 5.0 — was made available in March. Most emojis in Emoji 5.0 relied upon new code points which were released as part of Unicode 10.0 in June.

The most popular additions are always the smileys, of which nine new possibilities exist to enrich our online lives: 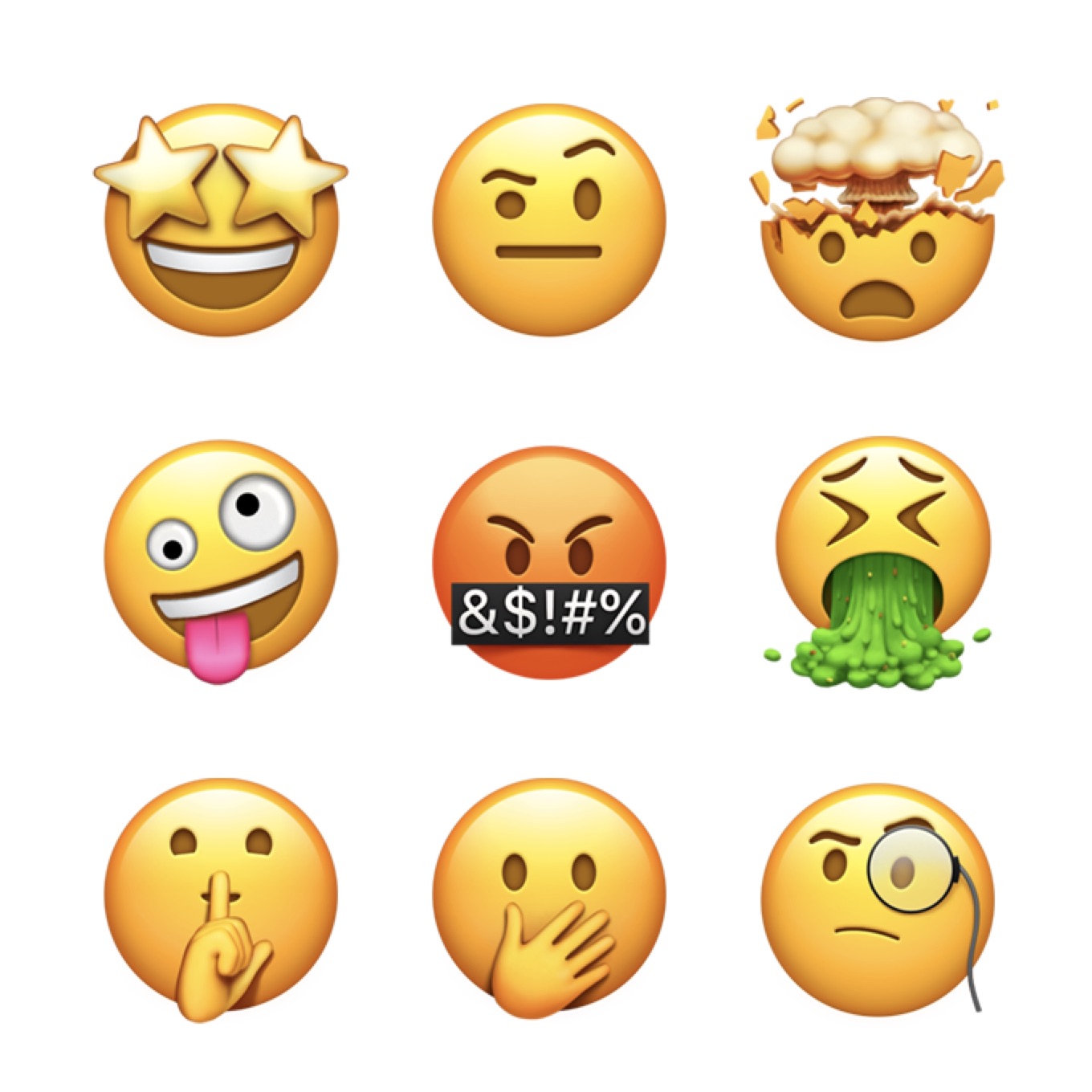 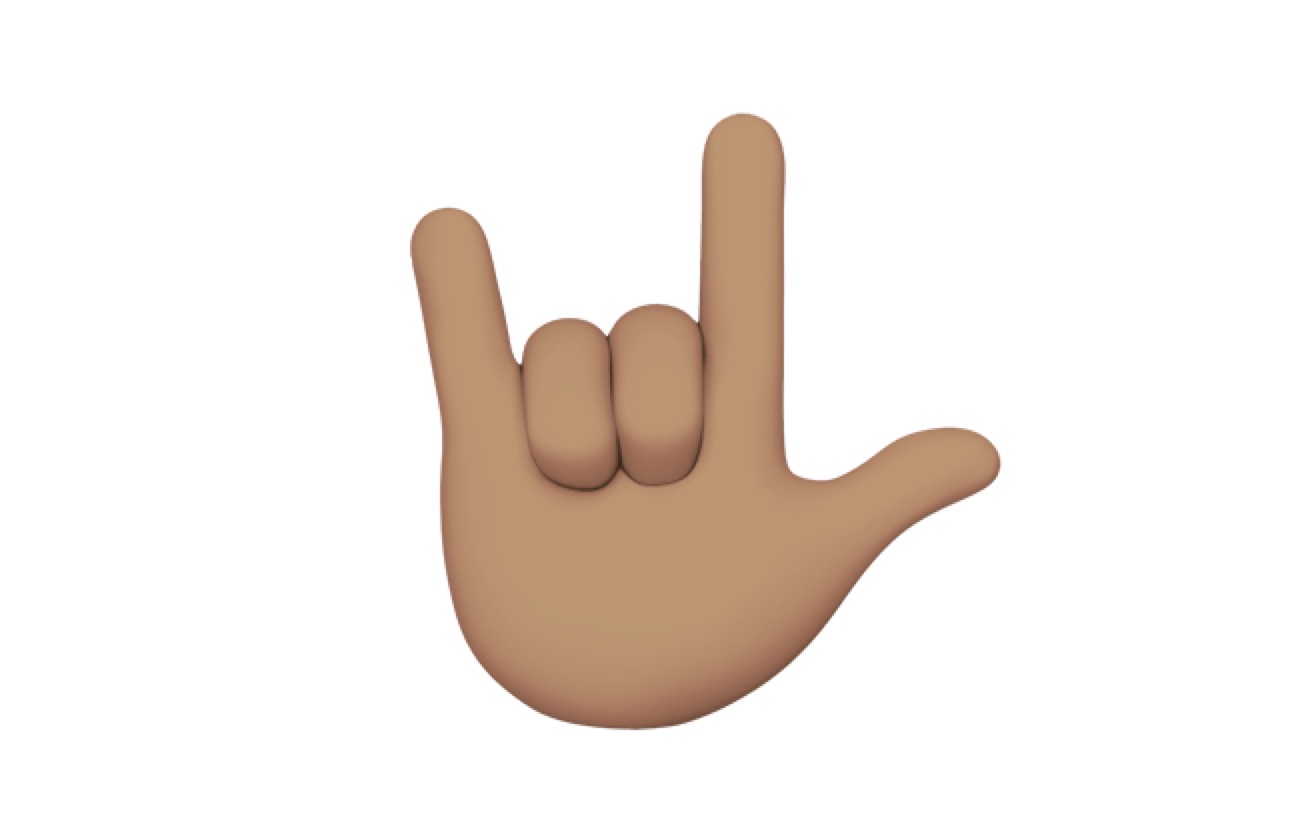 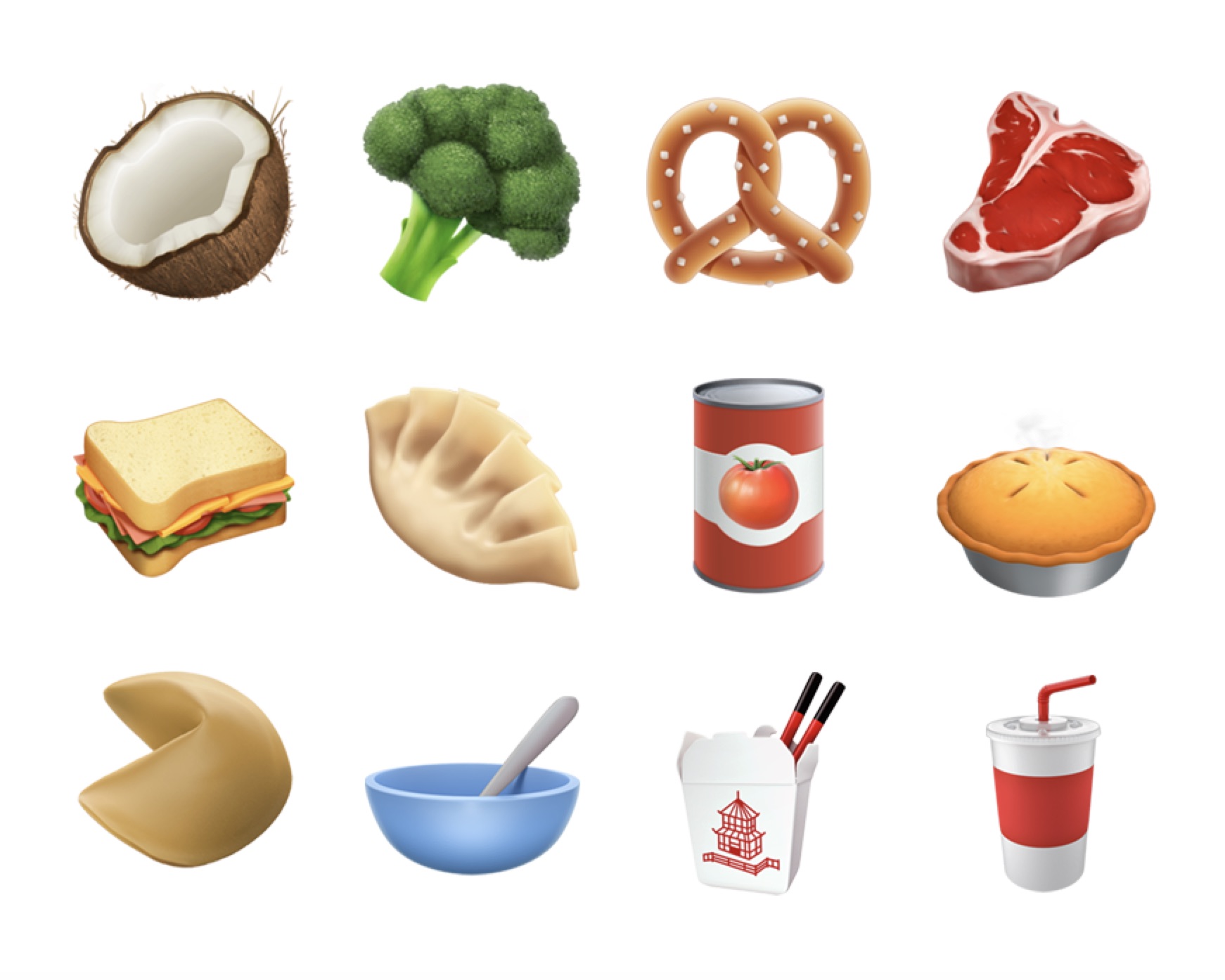 Merpeople are included and new to iOS. Shown here is the 🧜‍♀️ Mermaid and 🧜‍♂️ Merman: 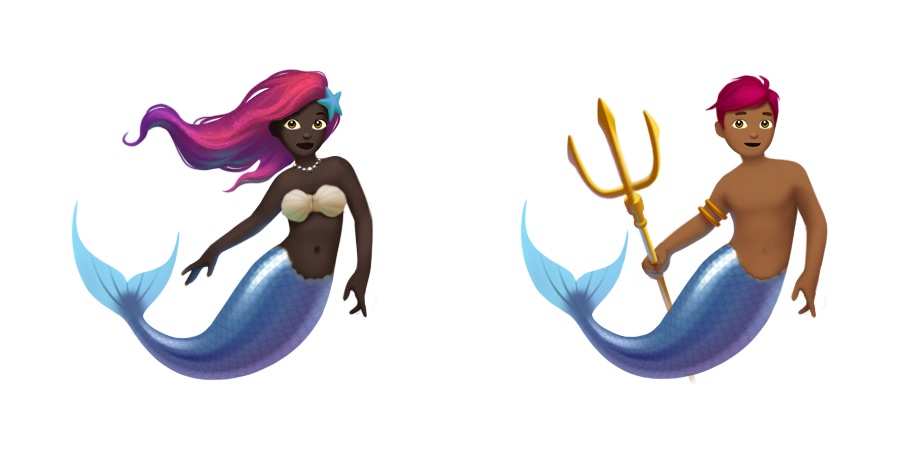 Here is the 🧛‍♀️ Woman Vampire and 🧛‍♂️ Man Vampire: 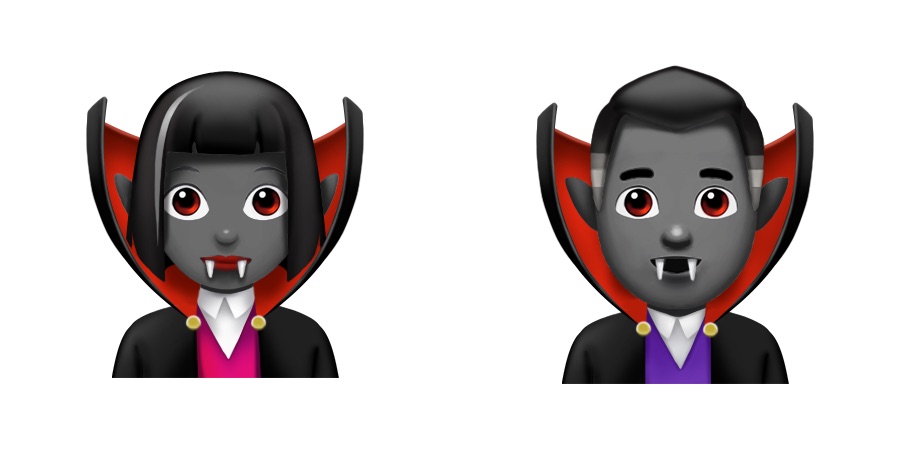 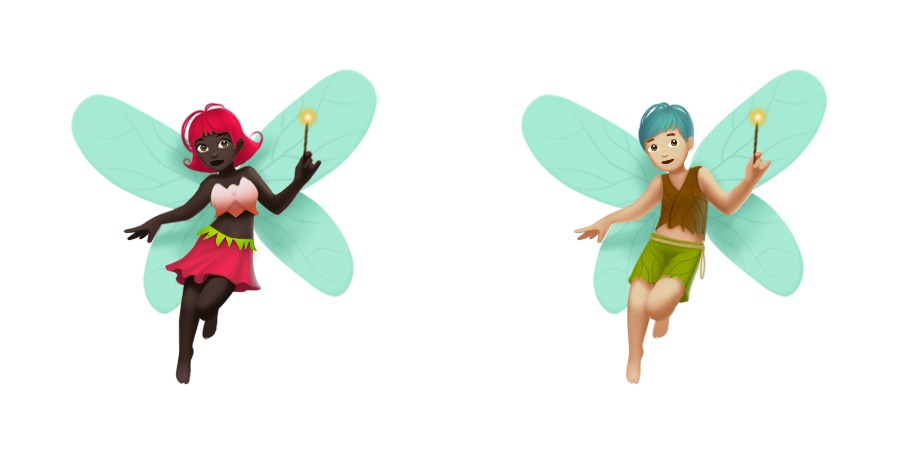 Both genies have long hair in iOS 11, but the 🧞‍♀️ Woman Genie also wears a top while the 🧞‍♂️ Man Genie does not: 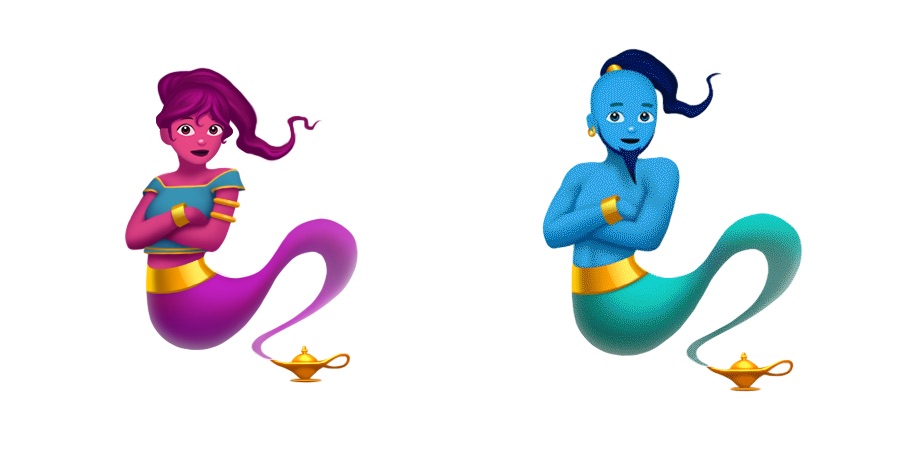 Rock climbing is covered with the introduction of a 🧗‍♀️ Woman Climbing and 🧗‍♂️ Man Climbing emoji: 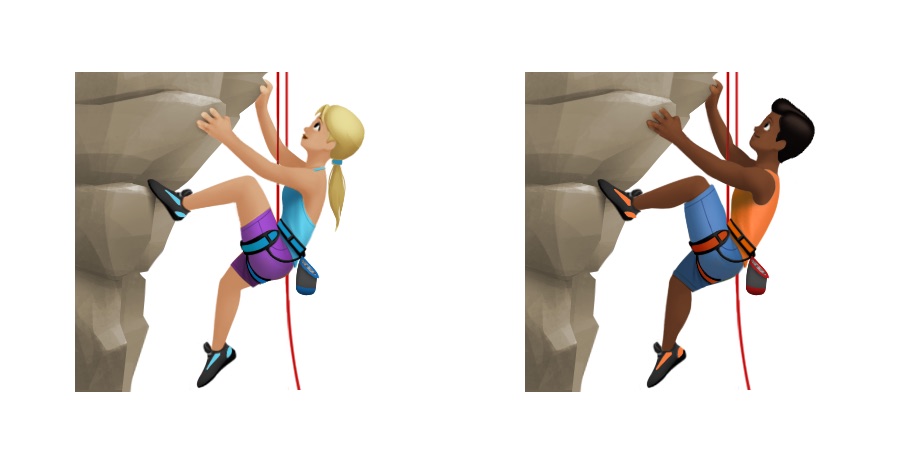 The long-awaited "Colbert emoji" is finally here. This might be one of the most cross-platform consistent emoji designs, with Apple's iOS version keeping the same eyebrow raised. The official character is aptly named 🤨 Face With Raised Eyebrow. 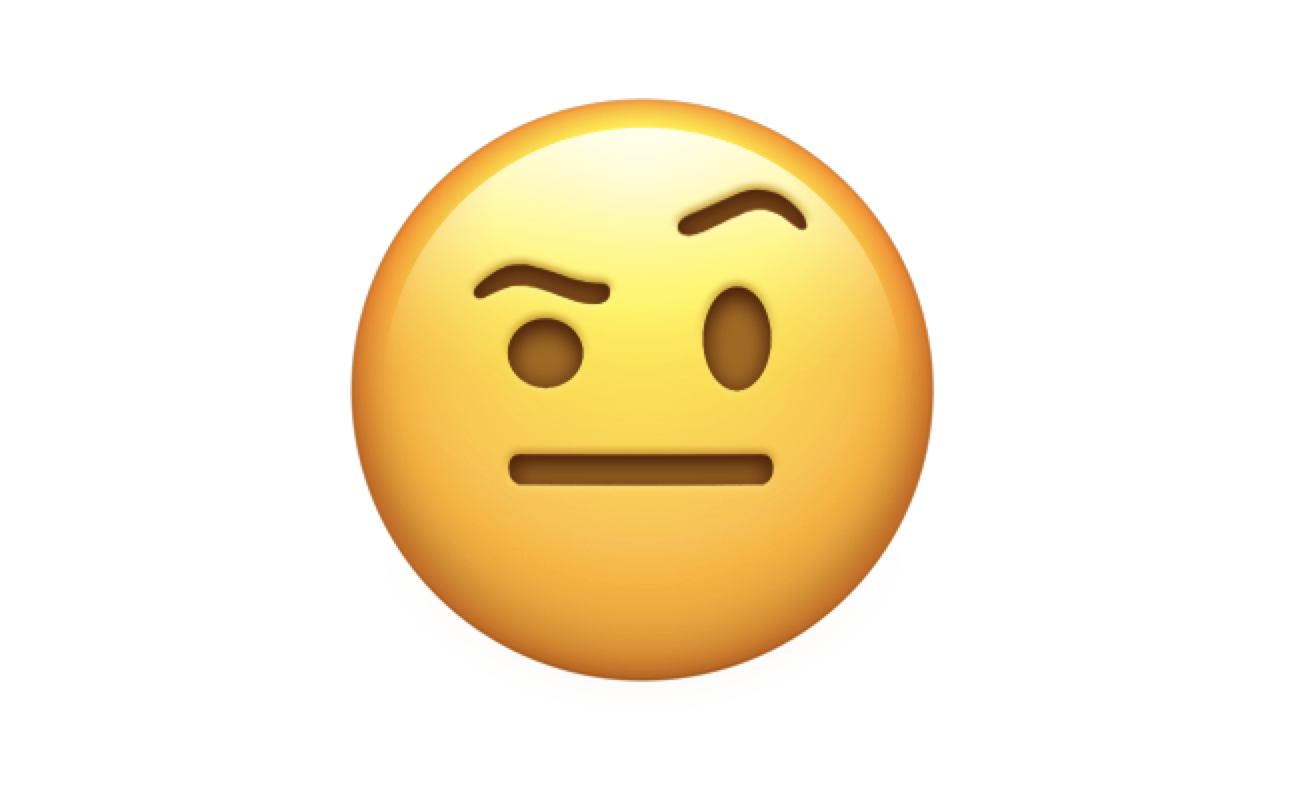 Unicode added support for subdivision flags in early 2017, which allows a wider range of flags to be represented. Three are listed as RGI (Recommended for General Interchange) by Unicode, and these have been added in iOS 11.1: 🏴󠁧󠁢󠁥󠁮󠁧󠁿 England, 🏴󠁧󠁢󠁳󠁣󠁴󠁿 Scotland, and 🏴󠁧󠁢󠁷󠁬󠁳󠁿 Wales.

The 🥤 Cup With Straw is now on iOS. This is an emoji which some platforms have implemented as a glass of water, and others (such as Apple) designed to look more like a take-away milkshake: 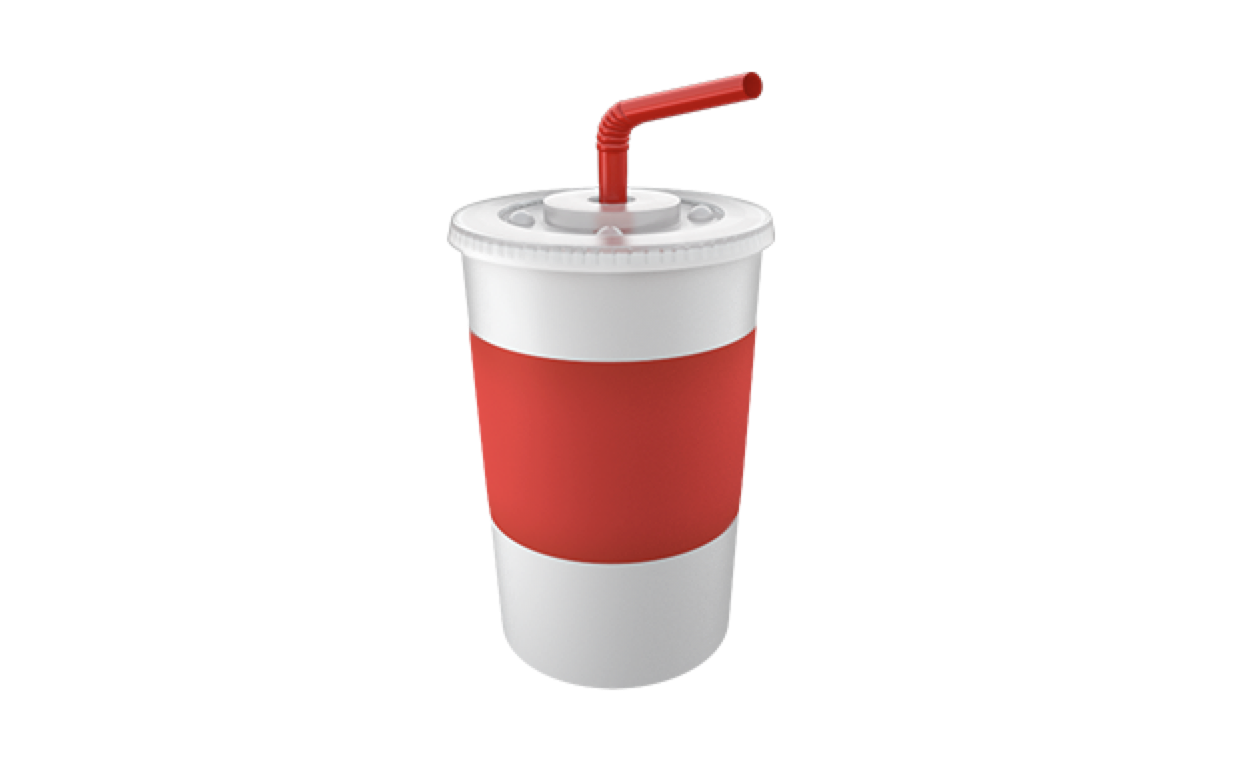 Additionally, one emoji dating back to Emoji 1.0 has finally been added. It's not going to generate much excitement, but alongside emojis for play, pause, forward and back ▶️⏸⏯⏹⏺⏭⏮⏩⏪ is the humble eject which has been added in this release ⏏️.

Eject has been supported by iOS in a regular black and white character all these years, but has never made its way into the Apple Color Emoji font used on iOS or the iOS emoji keyboard...until now.[1]

All new "human-form" emojis support skin tones in iOS, except Zombie and Genie.[2] This means characters such as 🧕 Woman With Headscarf, 🧔 Bearded Person and 🤱 Breast-Feeding support the yellow "neutral" base color, and five additional skin tones: 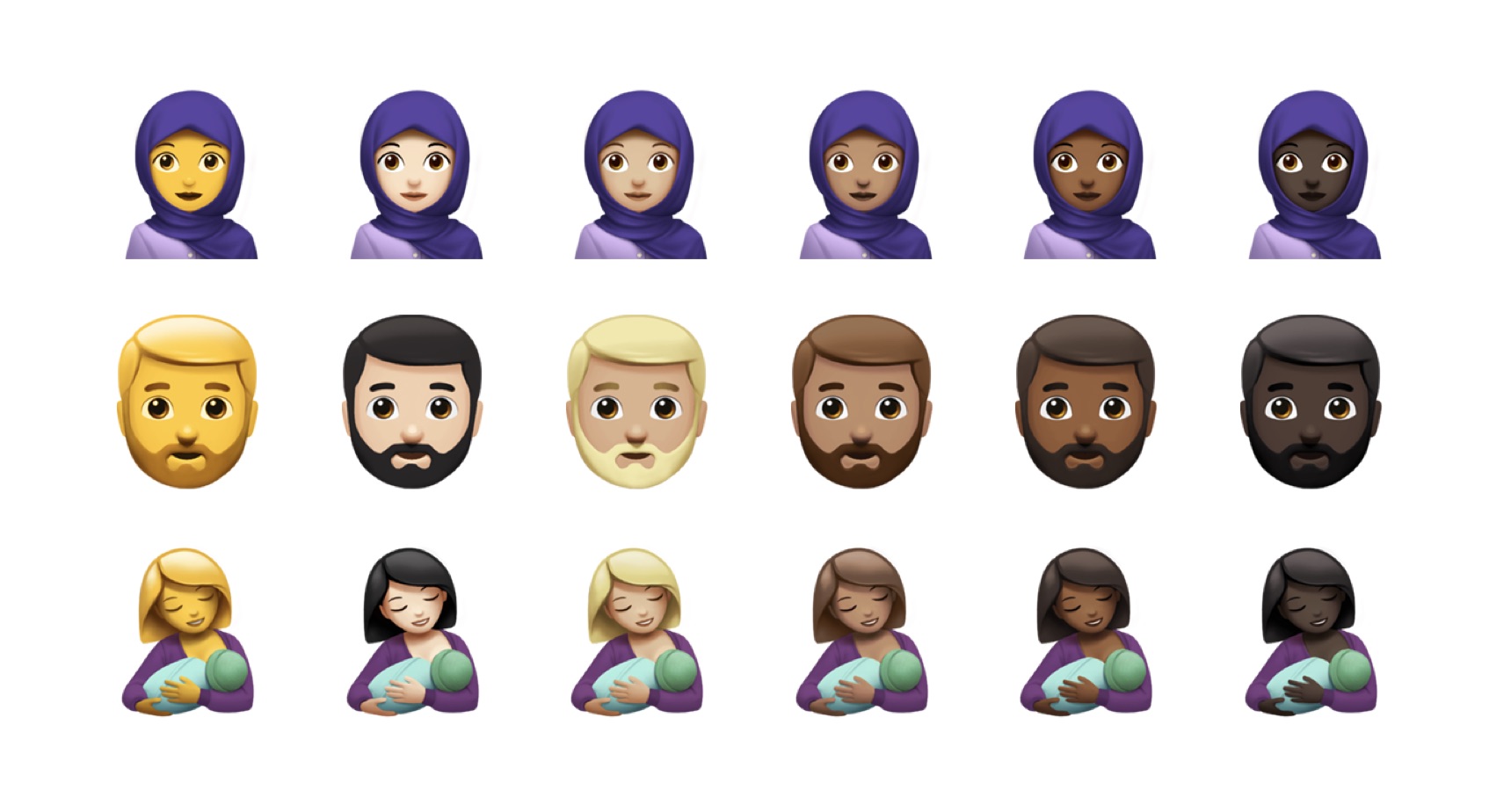 Also worth noting is the gender-inclusive characters (intended to provide a middle-ground for those not wishing for an overly masculine or feminine characters) which can be used by anyone. 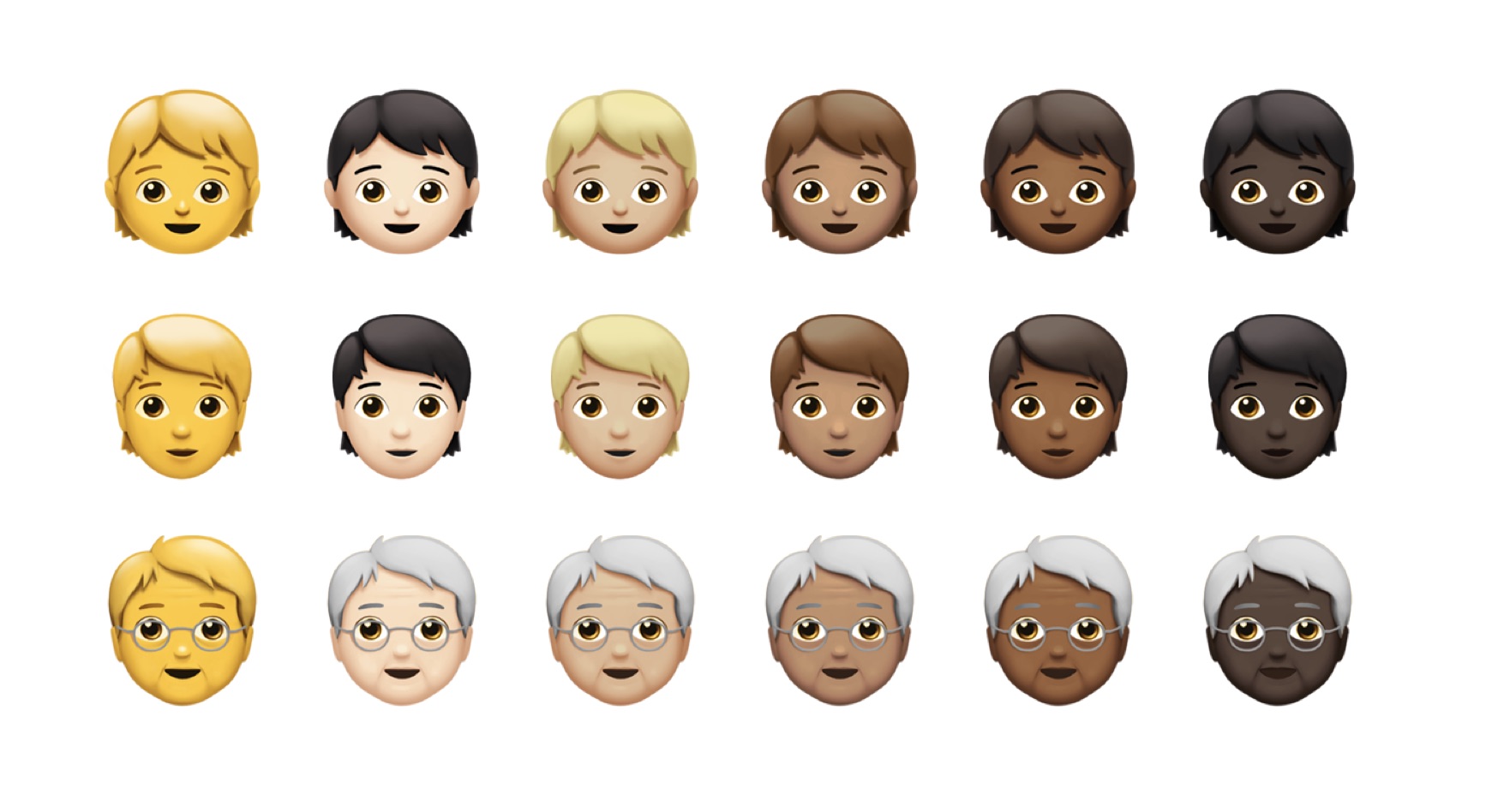 Above: Child, Adult and Older Adult characters could have a variety of uses. Image: Apple / Emojipedia composite.

Neither Unicode nor Apple are prescriptive about individual emojis are used,[3] so we may well see these in use by people who happen to feel they look more like them, regardless of gender identity.

🥃 Tumbler Glass now looks more like some form of soda in a glass: 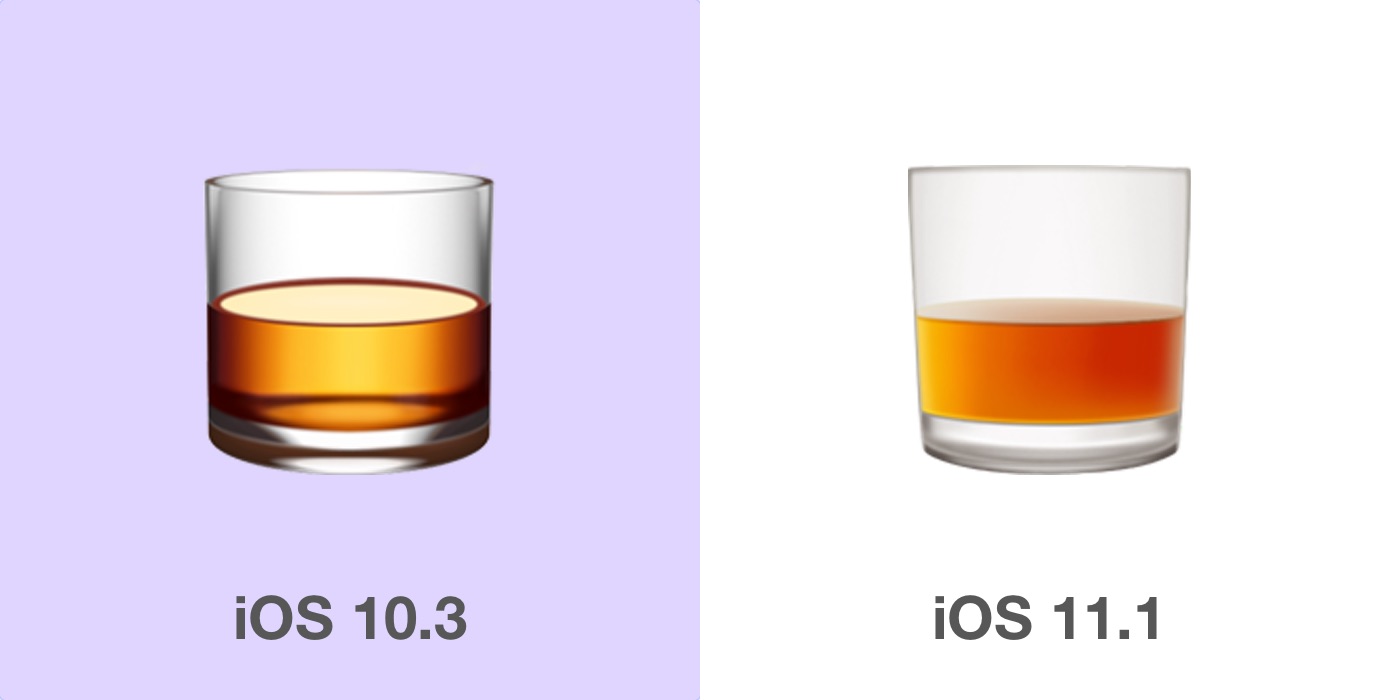 🐒 Monkey has changed posture in a slightly suspect way: 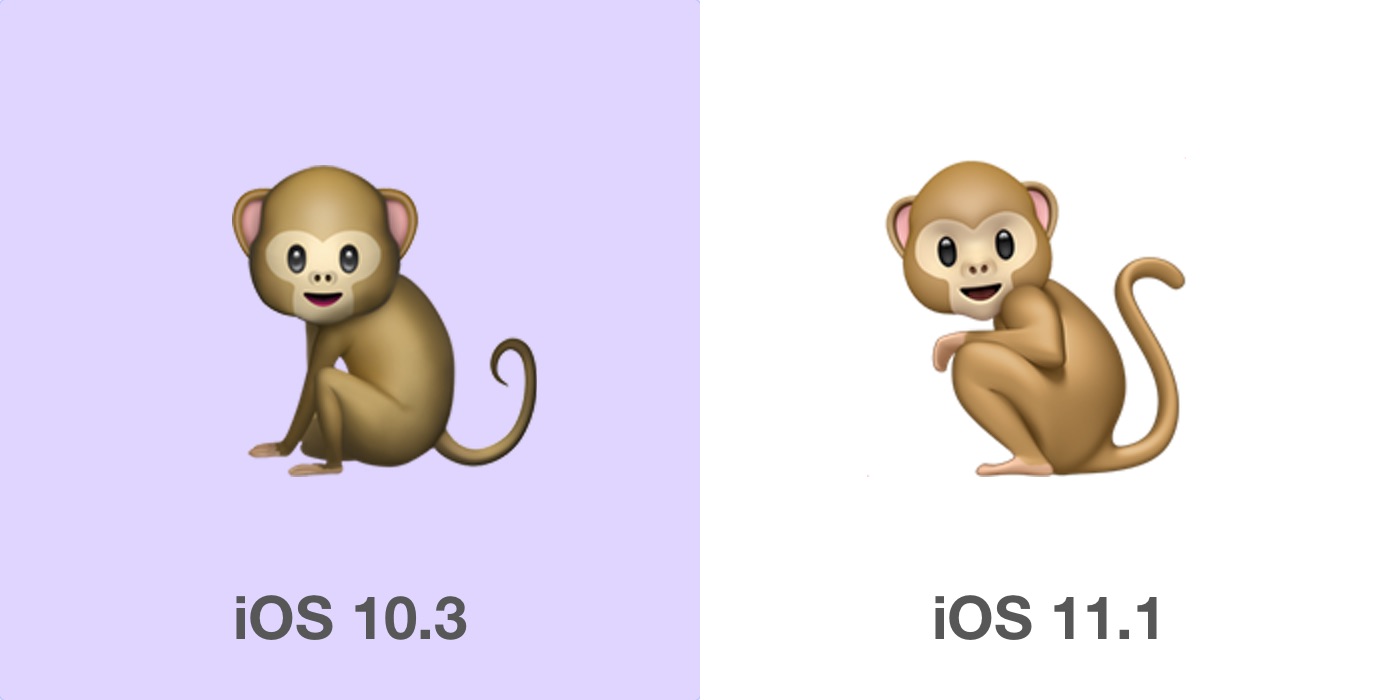 🤽 Person Playing Water Polo fixes a longstanding issue that had water polo players wearing goggles (which are not generally worn in the sport): 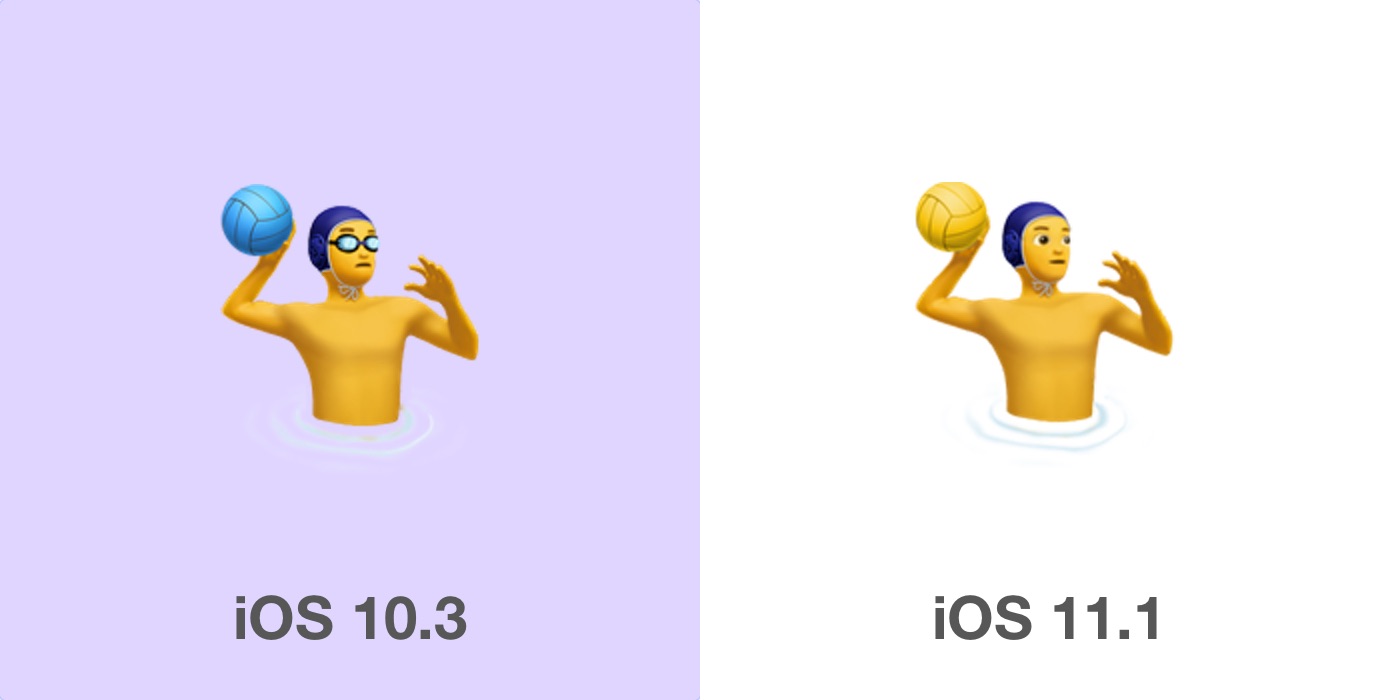 🐳 Spouting Whale got the new 3D-rendered emoji style while retaining its personality: 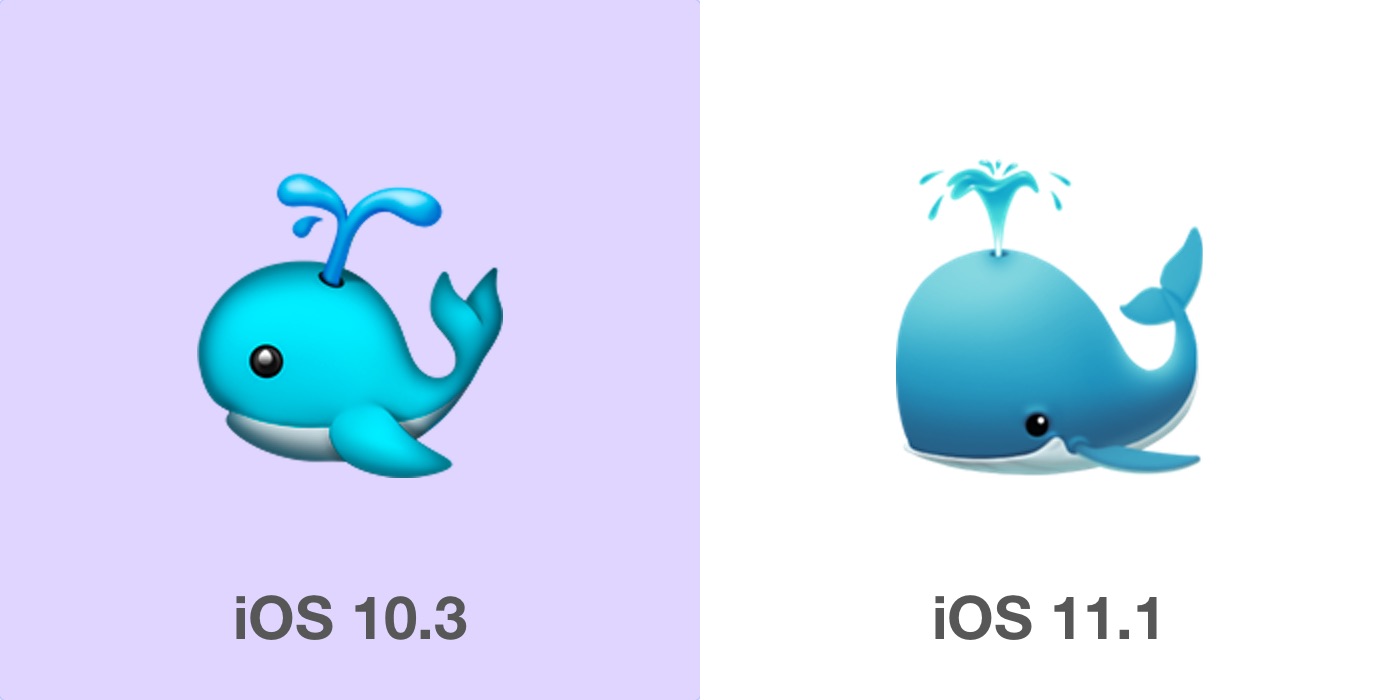 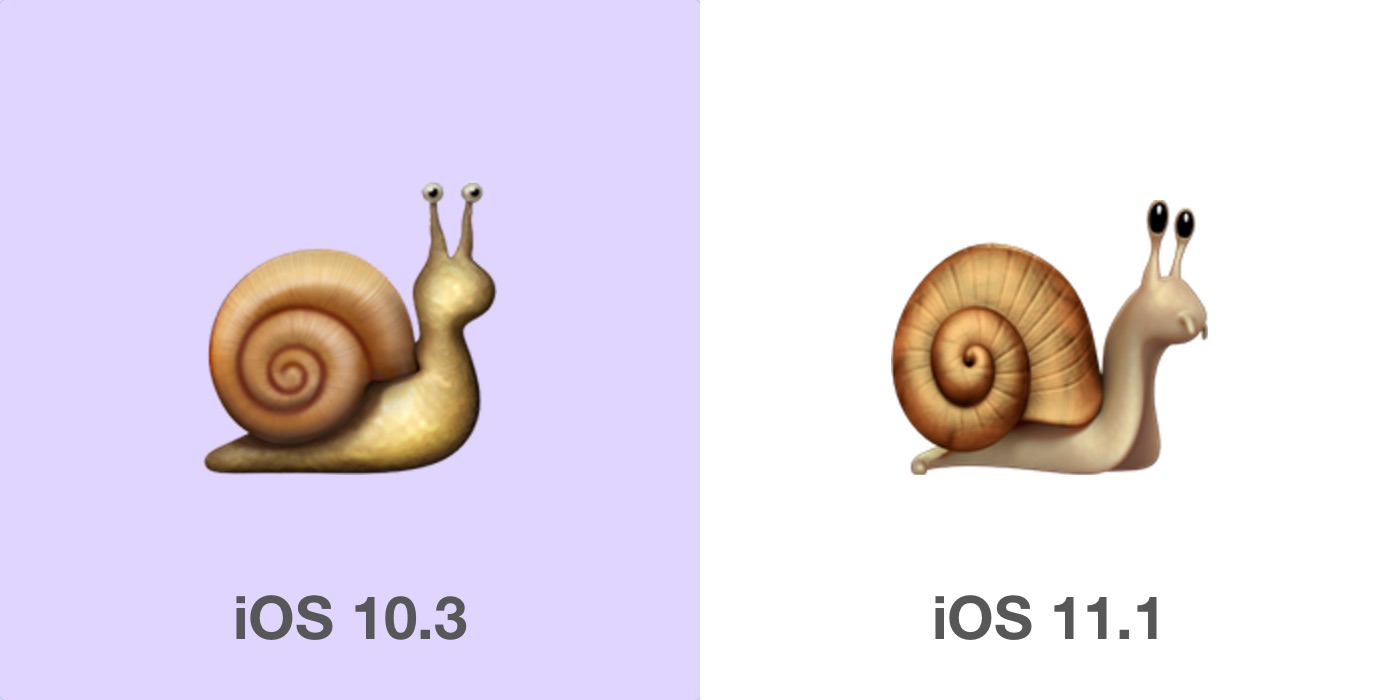 🐝 Honeybee has been the buzz of the town recently and here it is with a more anatomically correct version: 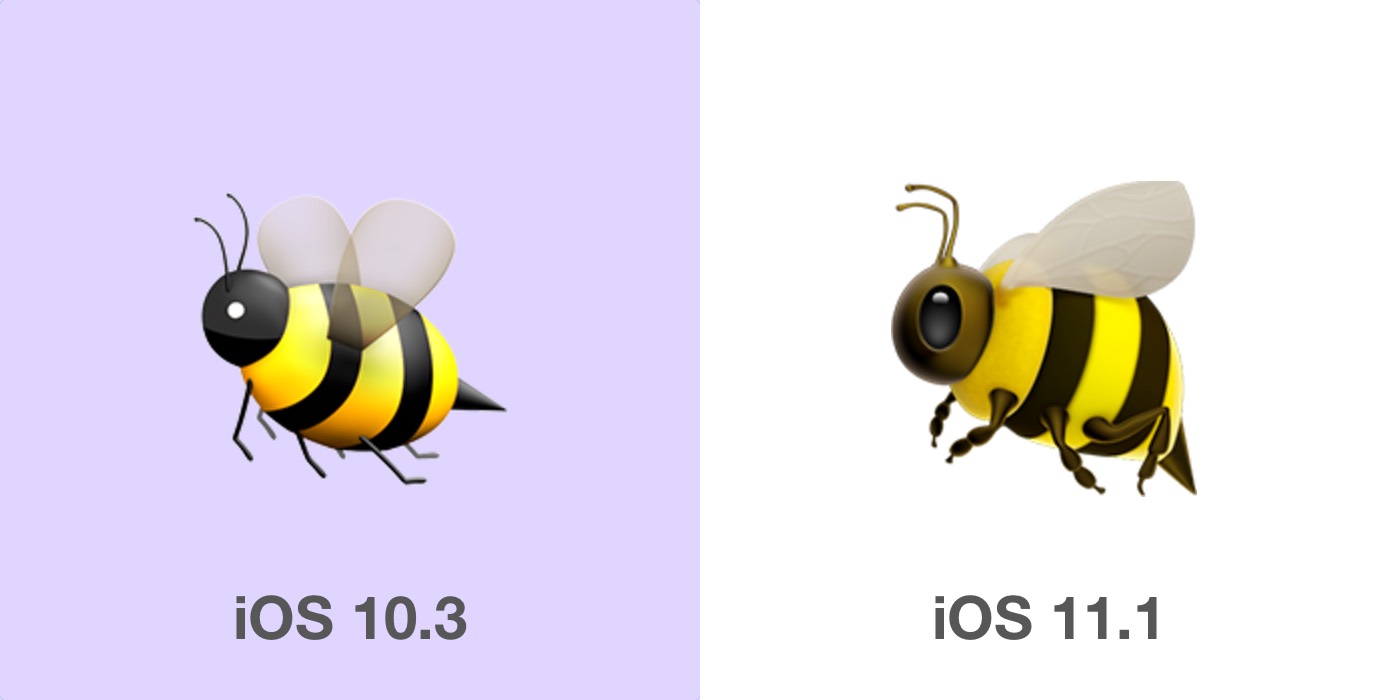 🐔 Chicken has been completely redesigned, possibly with the Animoji 3D model in mind: 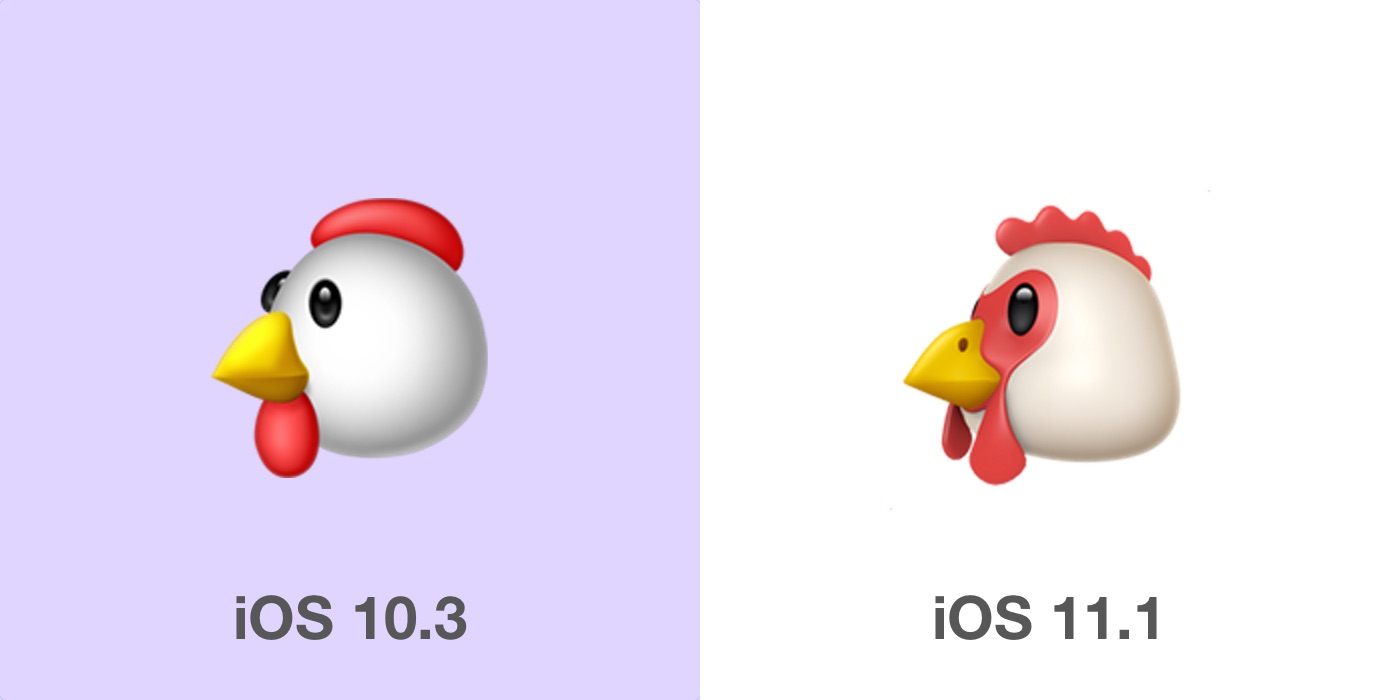 🐏 Ram has been through two major revisions of late. Here's its latest version:

🐙 Octopus nearly had a #peachbuttmoji moment[4] after going to a new image in the beta releases, and switching back to the iconic little blob in the final version:

It should be noted that many flags have different aspect ratios, and Unicode suggests that vendors may wish to keep a consistent shape for all flags, which is what Apple has done until now.

“The flag for Qatar is over 150% wider than tall; for Switzerland it is square; for Nepal it is over 20% taller than wide. To avoid a ransom-note effect, implementations may want to use a fixed ratio across all flags, such as 150%, with a blank band on the top and bottom. (The average width for flags is between 150% and 165%.) Presentation as a “waving” flag, or clipping to a circle, can help to present a uniform appearance, masking the aspect differences.”

No other flags have changed size in this update.

Others emojis had tweaks varying from almost indiscernable (weight, colors, shading) to more clear to see. View all emoji changes in iOS 11.1.

With the release of iPhone X this week, some might be wondering about Animoji right now.

Rest assured, despite the name, Animoji is a completely different feature for iMessage. The poo emoji won't be jumping around on the keyboard in iOS 11.1.

With this release, Apple has become fully conformant with Emoji 5.0, except for the 🇺🇳 United Nations which is supported on other platforms, but not iOS.

Additionally, while it is possible for vendors to support more gender-neutral characters, subdivision flags, or family combinations. None of these are listed as "RGI" by Unicode (meaning that they are purely optional) and none are supported by iOS in this release.

Lastly, I have to mention redheads here. Redhead representation in emoji has been the #1 item of feedback received by Emojipedia for the past two years now. Unicode has redheads drafted as candidates for 2018, so if all goes well they might be on iOS at around this time next year.[5]

One character has been removed from iOS 11.1: ⚕️ Medical Symbol aka Staff of Aesculapius.

This was briefly in the Apple Color Emoji font, but never made its way to the iOS emoji keyboard. The reason appears to be that this is the combining character used to create these two ZWJ Sequences in Emoji 4.0: 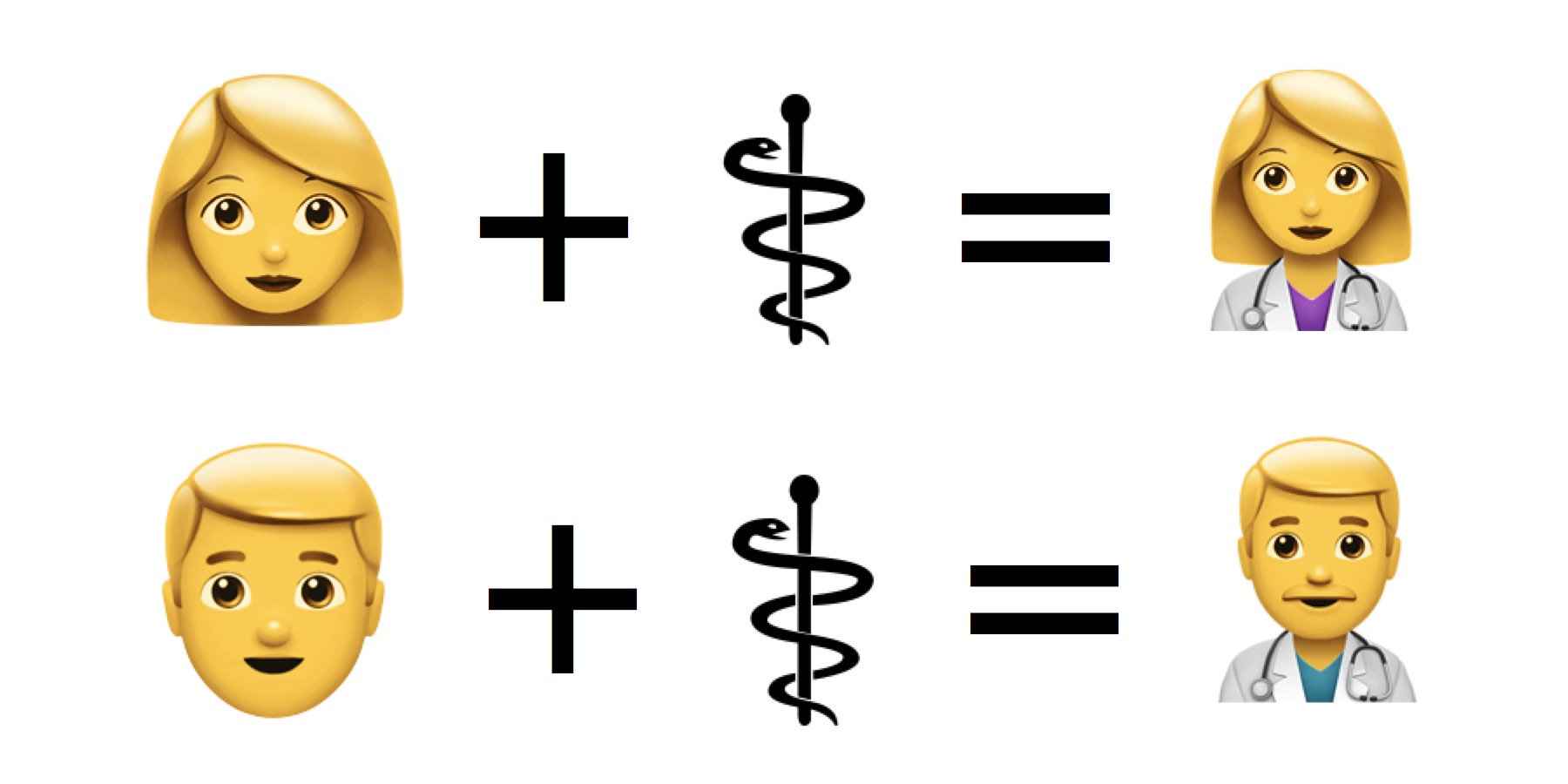 Unicode recommends vendors use full qualified ZWJ sequences which is defined as:

Basically, every character within an Emoji ZWJ Sequence should be an emoji (either an emoji-only character, or a text character followed by an emoji presentation selector. Therefore, best practice to combine 👩 and ♖ for a woman playing chess would be to first also make that chess piece an emoji.

⚕️ Medical Symbol was made an emoji so it could be used for the health workers ZWJs (pronounced "Zwidges"), but later given component status which means "this is legit to use in a ZWJ sequence, but don't show on the keyboard individually or give any emoji appearance".

And so with the creation of the Emoji_Component property and its application to the ⚕️ Medical Symbol character, Apple likely didn't feel compelled to keep this in the emoji font any longer.[6]

iOS 11.1 is out now for all iPhone and iPad users with a compatible device (roughly the past four years). These same emojis are also included in macOS 10.13.1, watchOS 4.1 and tvOS 4.1.

As with any previous updates: be aware that sending new emojis to users of older or non-updated phones will result in them seeing an infuriating question-mark box. 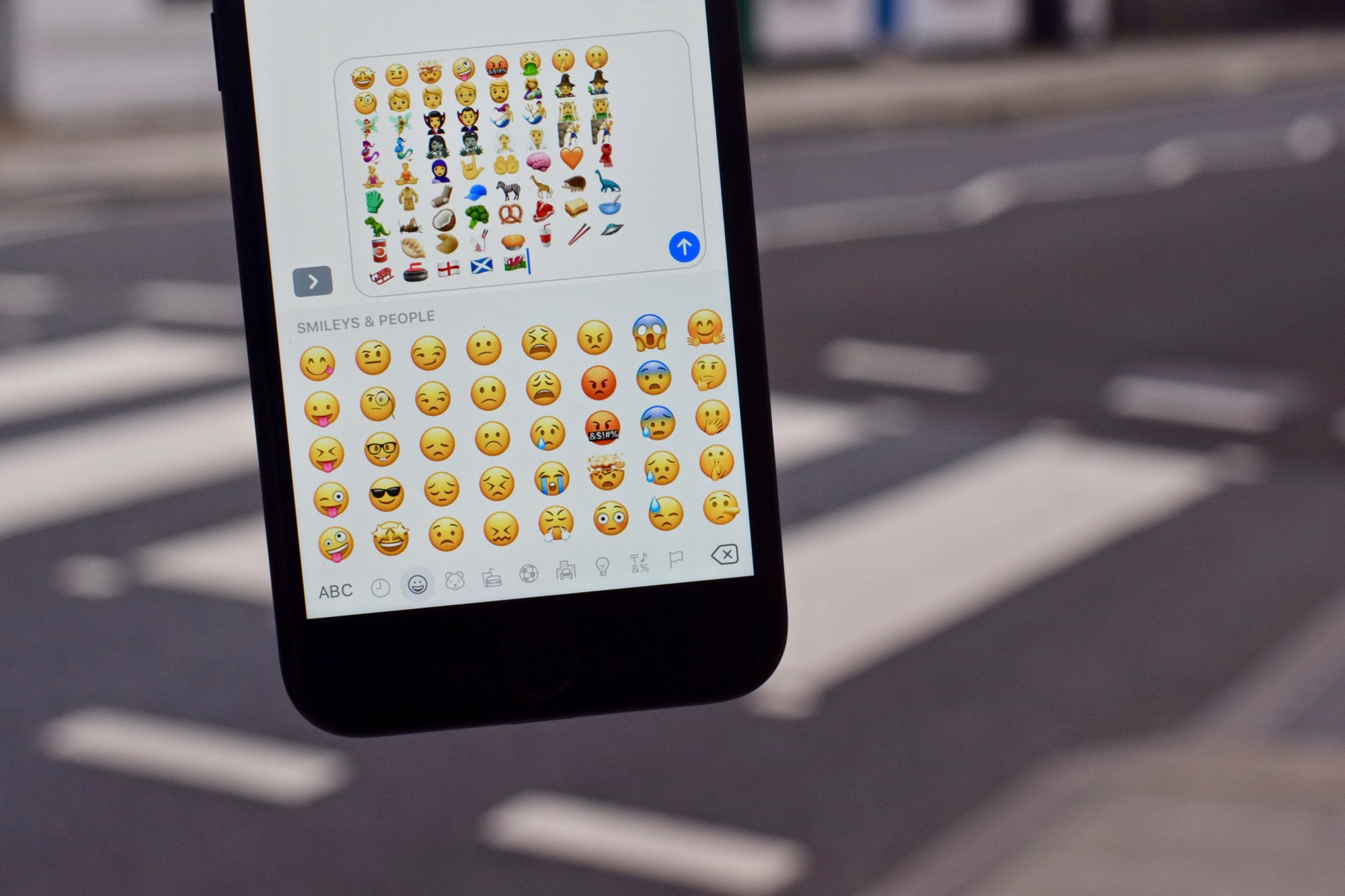