Apple announced a number of changes to their emoji set this week, including better representation of women, single-parent families, and a pride flag.

Many of these additions were met with a mixed reaction, but none has generated more feedback[1] than this:

🔫 Pistol emoji has changed from a realistic-looking gun in iOS 9.3 to a bright green toy water gun in the iOS 10 beta.

In the history of running Emojipedia, I have never seen an emoji change so poorly received[2].

And this isn’t even in the hands of most people yet: it's is only a beta.

Feedback for the change of falls into broad categories:

I know as well as you do that the internet can be a snarky place.

Changes about anything draw negative criticism, cheap pot shots, and in the case of harassment, much worse.

Just because a lot of people complain about something, it doesn’t mean they are right. 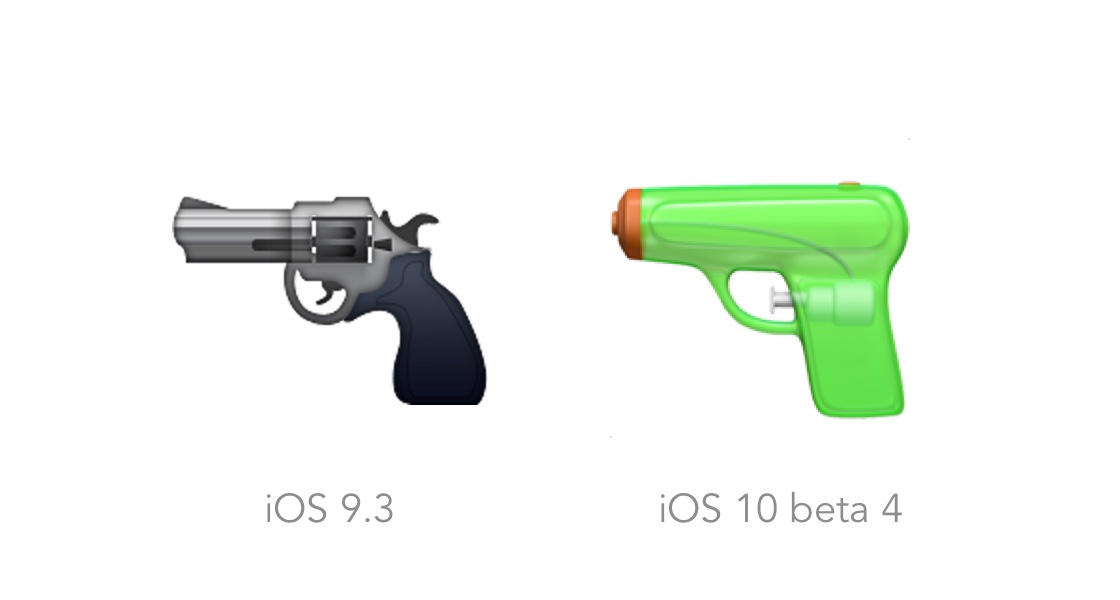 The real issue here is that emoji is bigger than Apple. Or to put it more succinctly, this is dangerous: 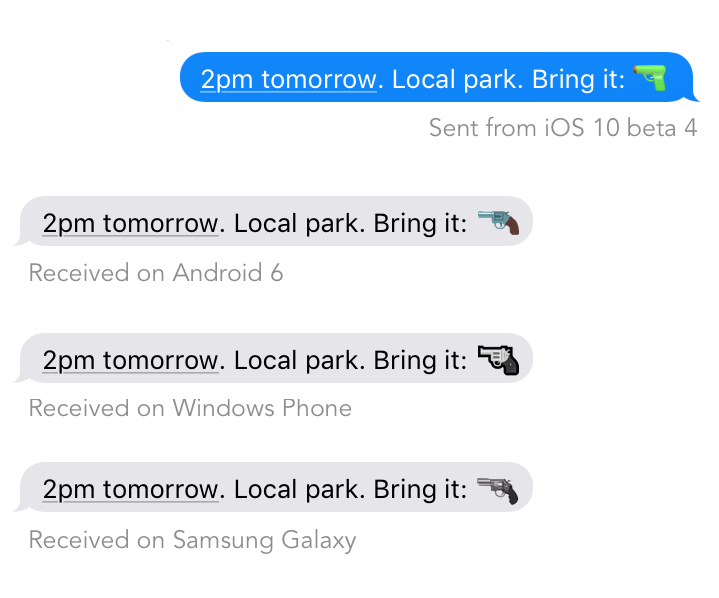 If Apple goes ahead with this change in the public iOS 10 release, one person could innocently tweet a toy and have that be seen by others as a weapon.

This is a problem.

All other vendors[3] display this emoji as a real gun. Even if they all decided to follow-suit and change to a water or toy gun (which could happen, if Apple sticks with this), the change would take a considerable amount of time.

By comparison, if you tell people to bring a snack using the 🍪 cookie emoji, and Galaxy users bring you saltine crackers, that’s a shame, but nothing more. 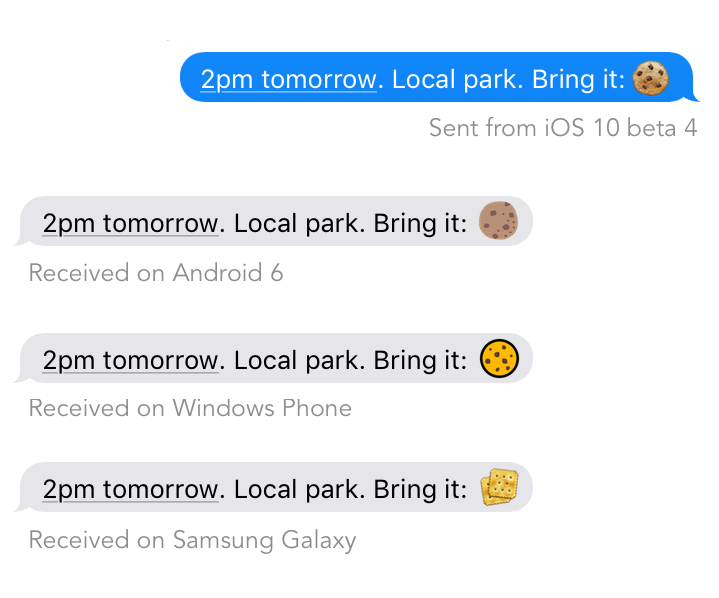 There is also the matter of backward-compatibility, which is a lesser issue in terms of danger, but equally confusing for end users.

Apple: Don't change the pistol emoji. At least not today.

Unicode does not depreciate emojis, but there is no requirement to show all approved emojis on the keyboard.

The pistol emoji could be removed from the iOS emoji keyboard without causing any cross platform compatibility issues[4].

Hiding the gun emoji is a win-win situation which ticks many boxes for all of those with varied interests:

It's Not Too Late

iOS 10 is still in beta, with the final release over a month away. It's not too late for Apple to change this, and in my opinion, they should.

Update: No changes were made since the time of writing, and the pistol emoji shows as a water pistol in the final release of iOS 10.0. At the time of writing no other vendors have changed this image, though this could change in future.