In the past, emoji updates were often referred to like this:

This made sense, as the Unicode Consortium releases a list of new code points each year; and a number of these have emoji presentation. Unicode 9.0 had 7,500 new characters added, and 72 of those had emoji status.

Visually, the proportions of emoji and non-emoji additions in Unicode 9.0 look like this:

Count how many new code points are included; check which are classified as emojis; and you know how many new emojis there are in an update to the Unicode Standard. 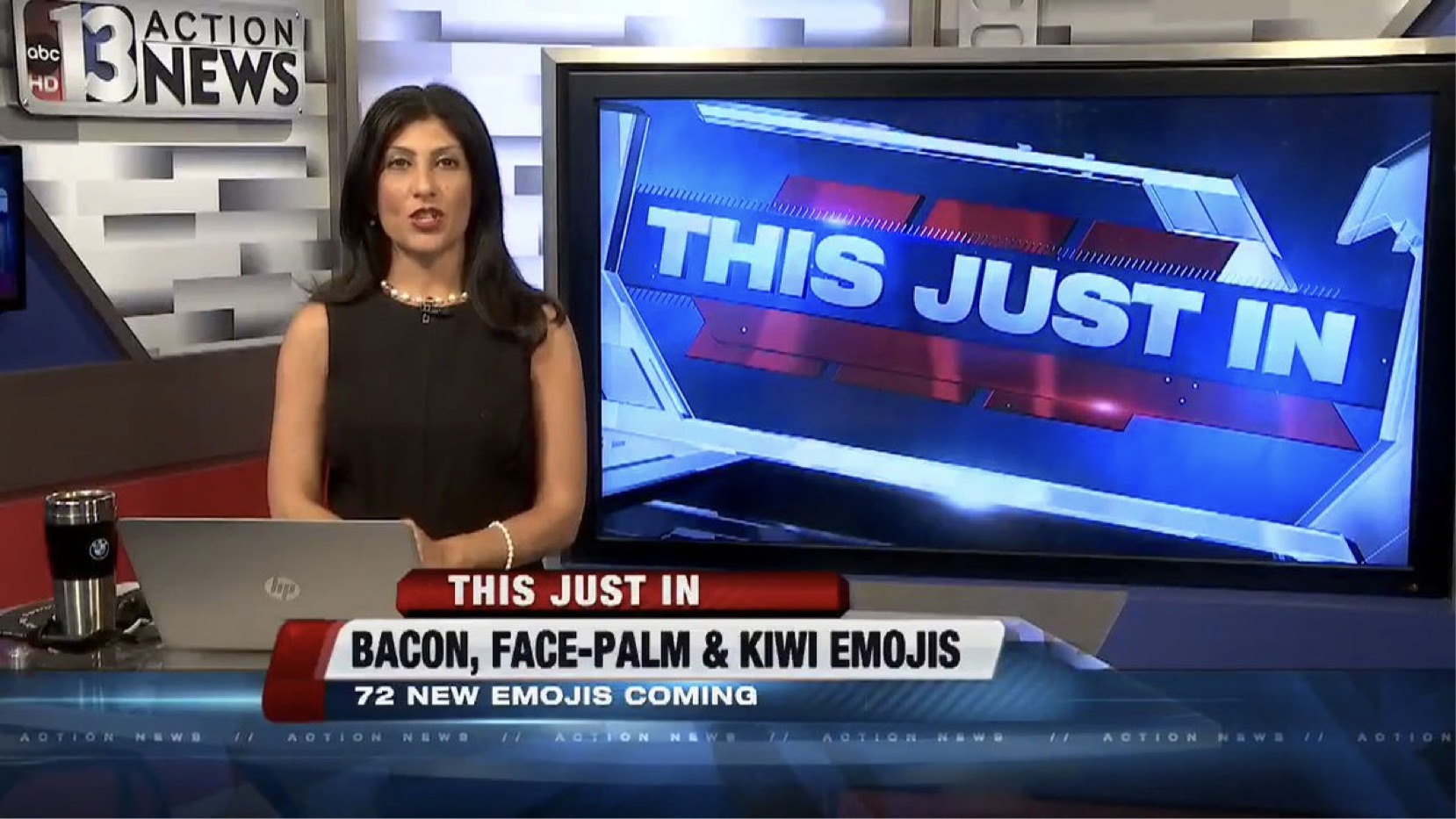 The formula for counting "new emojis" breaks a little when including modifiers.

For instance; the aforementioned Unicode 9.0 update contained 72 new code points with emoji presentation, but 17 of those also support modifiers for skin tone.

That's an extra 85 emojis not counted in the initial tally, when five additional skin tones are counted for each of these.

Above: Only one new code point was required for these six emojis.

The terminology of referring to emoji updates by Unicode version is further stymied by the advent of Emoji ZWJ Sequences.

This was the second emoji release of the year; with the first being Emoji 3.0 alongside Unicode 9.0 in June 2016.

The fact that Emoji 4.0 didn't require any additional code points meant it didn't need to wait around for the next full Unicode release planned for mid-2017.

Above: None of these emojis required new code points; and were released "off cycle" from a full Unicode release.

In total; 628 new emoji images came into existence in late 2016 without a single new code point being required.

This may be the future of emoji updates.

Emoji Version is the New Version

We have now reached the stage where emoji updates are best tracked via their Emoji Version; rather than their Unicode Version.[1]

It's not of particular importance to most people if the 👩‍🏫 Woman Teacher emoji needed new Unicode code points (it didn't), compared to the 🤰 Pregnant Woman emoji (it did).

The main details that we see people wanting to know are:

In future, it's possible Emoji updates will simply coincide with each annual Unicode release; but there is nothing stopping off-cycle updates to the Emoji version; provided new code points aren't needed.[2]

Could this be the start of multiple emoji releases each year; or was Emoji 4.0 more of an exception? Time will tell.

Get the latest emoji news direct to your inbox by subscribing to our free Emoji Wrap email: