Twitter has begun rollout of its latest emoji update which includes an updated version of the syringe emoji.

The new syringe design comes as part of Twemoji 13.0.2 and aligns with changes announced by Apple and Google in recent weeks: blood contained within the barrel has been removed, as have the two drops of blood emerging from the needle. 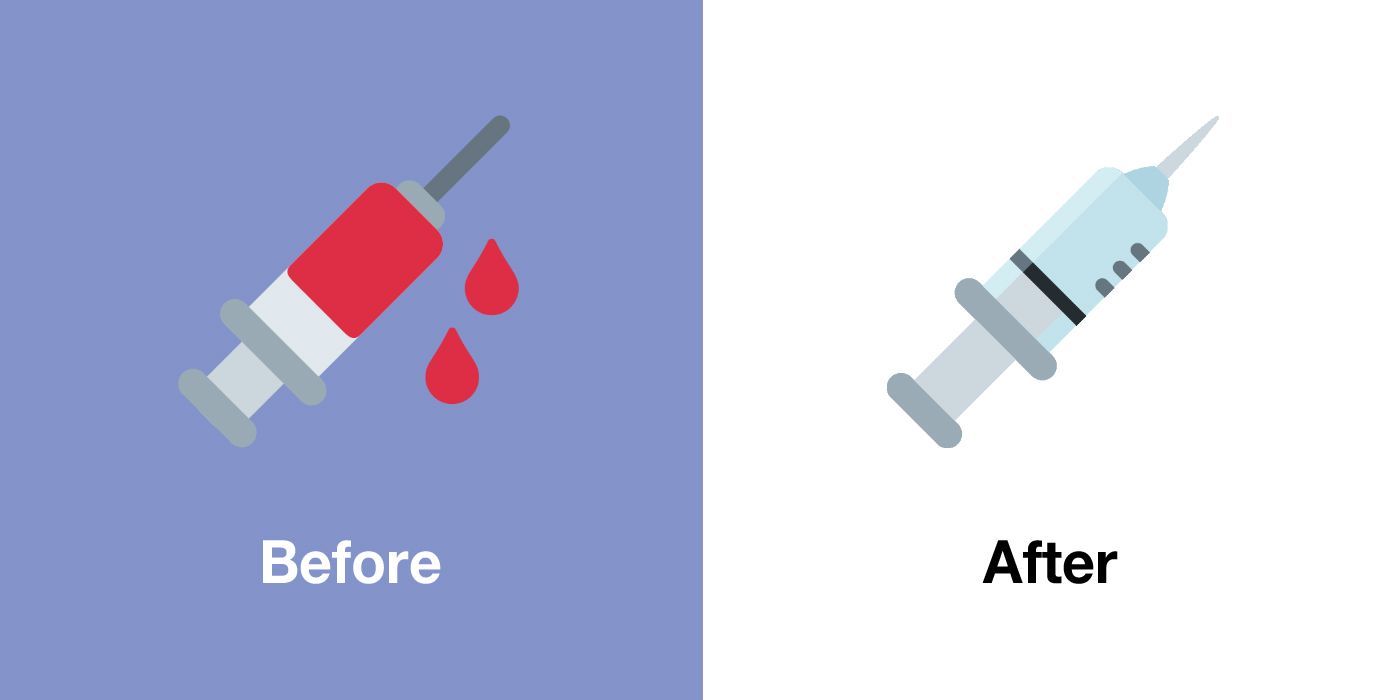 Above: 💉 Syringe is more vaccine-friendly in Twitter's latest update.

Changes to 💉 Syringe were recently covered in detail by Emojipedia, with a comprehensive history of this emoji's origins and designs across vendors since 1999.

Twemoji 13.0.2 brings the total number of vendors that have announced or implemented changes to the 💉 Syringe to three. 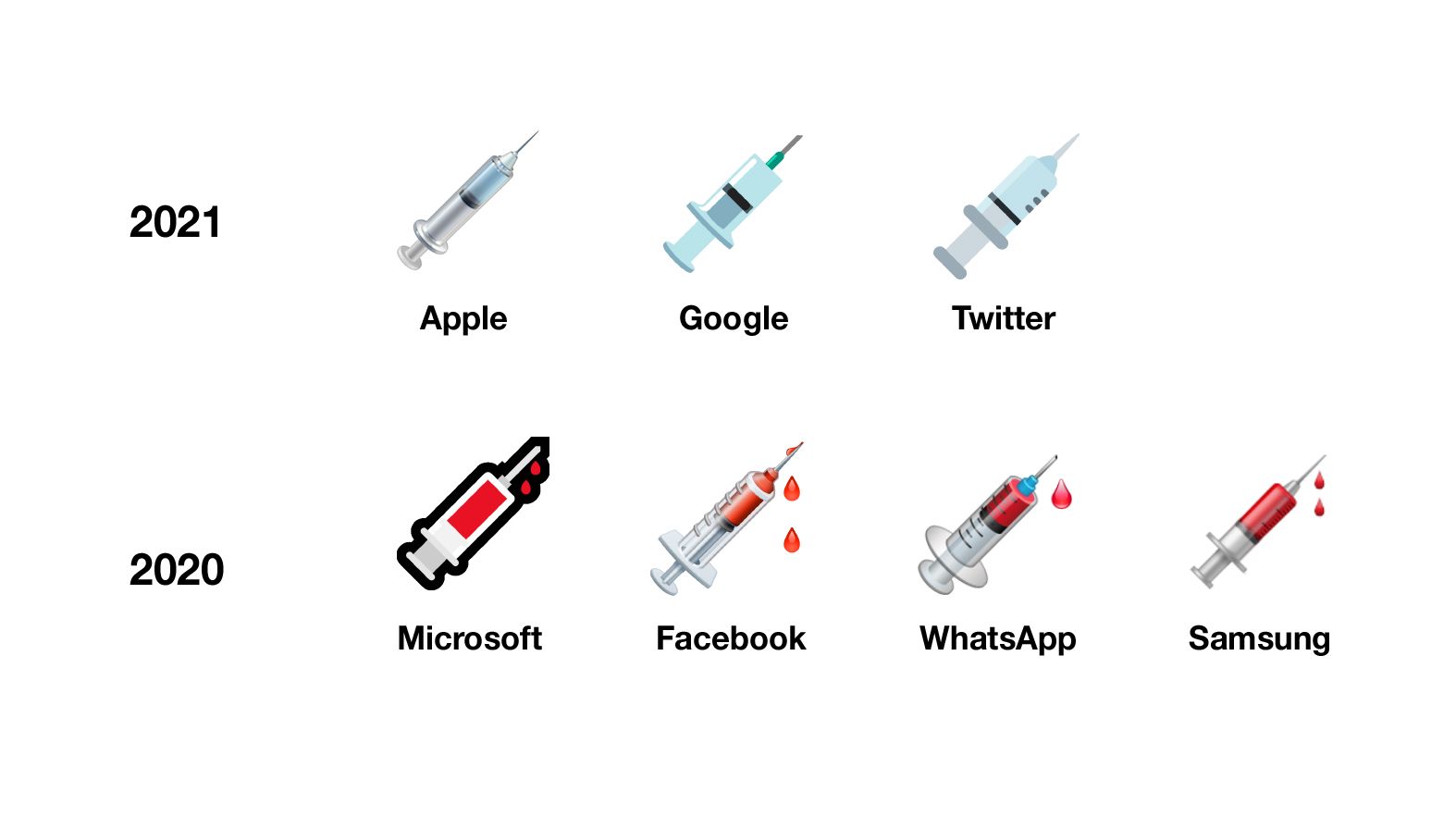 Above: Emoji updates in 2021 showing a new blood-free syringe.[1]

Given the precedent set with the 🔫 Pistol emoji's changes between 2016 and 2018, it is likely that other vendors will implement a similar change to 💉 Syringe in their forthcoming emoji updates.

Other emojis with design updates in Twemoji 13.0.2 include a friendlier 🦖 T-Rex, a less colorful 🎯 Direct Hit alongside other less noticeable changes.

The latest designs from Twemoji 13.0.2 are now showing on the Twitter website. Some Android versions of the Twitter app also use Twemoji, and these updates are expected to appear over the coming weeks.

Twitter for iOS uses native system-wide emojis from Apple, and is unaffected by this change.

As for new emojis approved for release in 2021, those aren't part of this update. Expect to see those arrive in a future release.