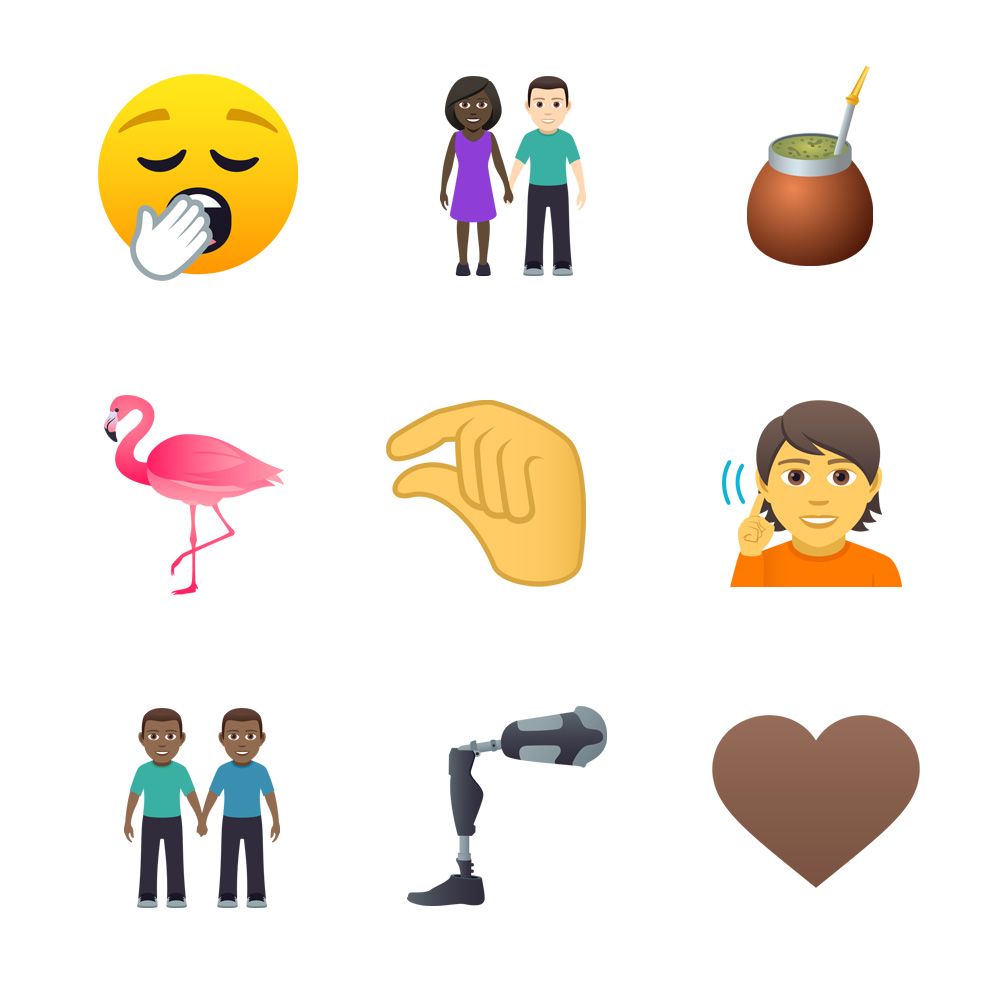 Above: A selection of new emoji designs included in JoyPixels 5.0.

This is the vendor's first release under its new moniker, coming after EmojiOne 4.5 in January 2019 — retroactively rebranded as JoyPixels 4.5.

A total of 1683 emoji designs have been updated between EmojiOne 4.5 and JoyPixels 5.0 (included skin tone variations). Despite the name has change, JoyPixels will continue their well-documented propensity for extensively modifying their emoji design set between updates.

One of the biggest themes throughout the design modifications made in JoyPixels 5.0 is that the designs of people emoji where gender is not specified (e.g. 🤦 Person Facepalming) now features a gender-neutral design[1]. 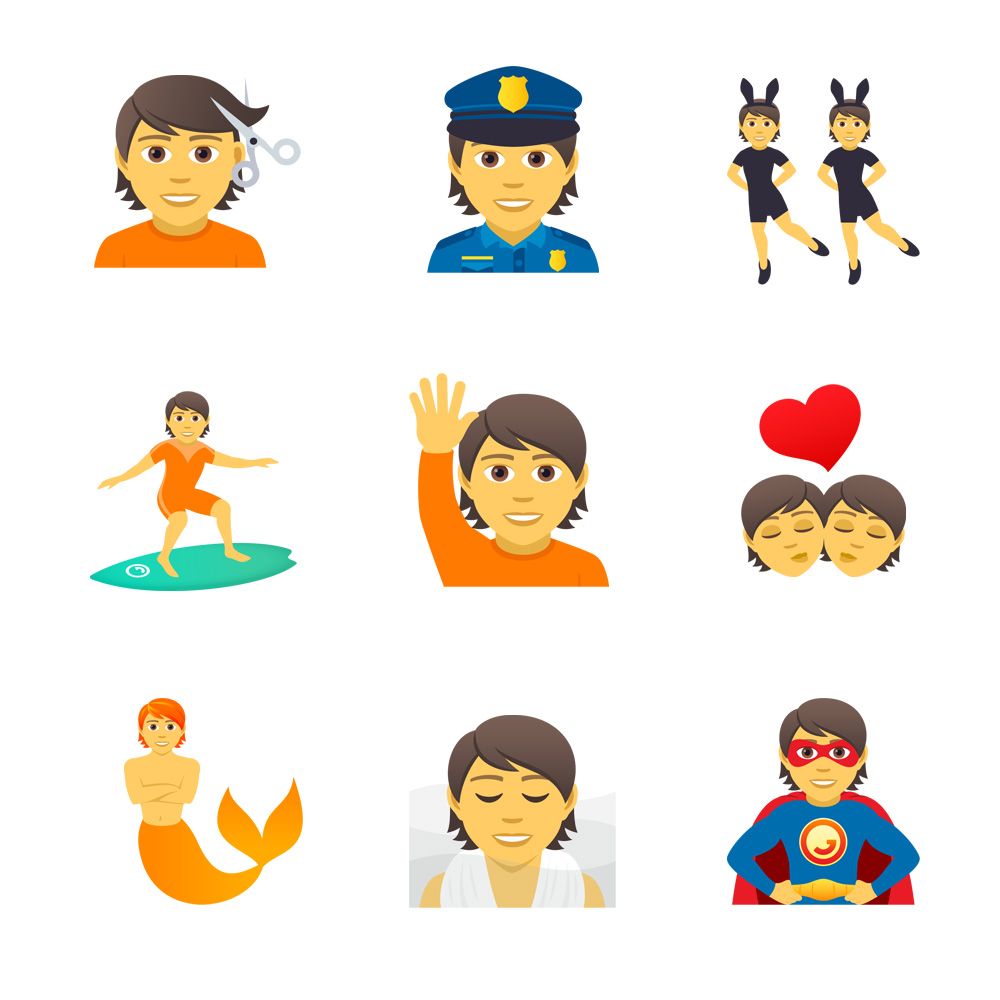 Above: A selection of new non-gender-specific emoji designs included in JoyPixels 5.0.

This new presentation reflects the long-standing recommendation of the Unicode Consortium in regards to these emojis:

These JoyPixel changes comes after Google recently announced they would be implementing similar design changes when their latest emoji set is released later this year.[2] 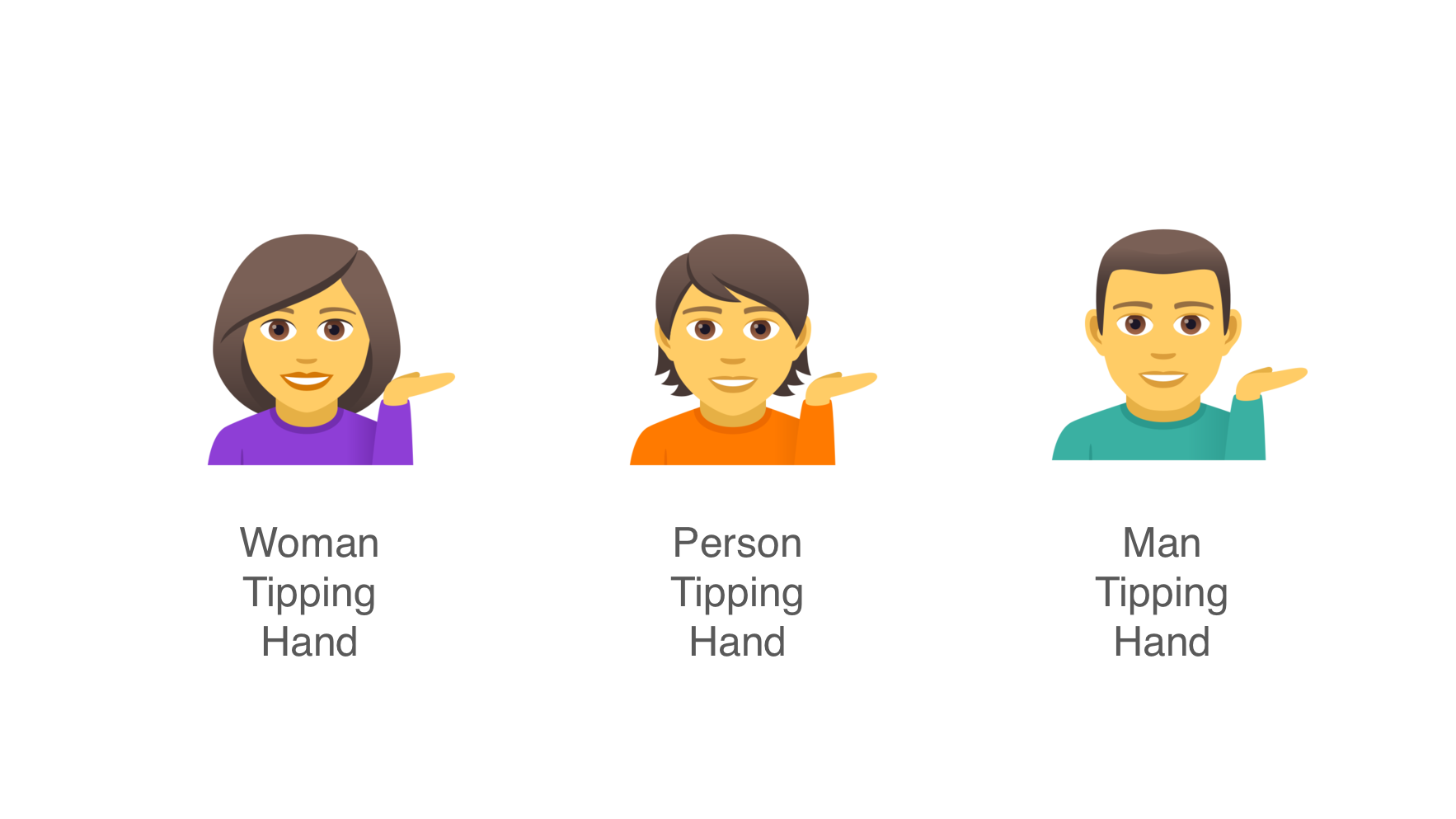 Above: Where no gender is specified, JoyPixels now displays a gender inclusive person.

While the 230 new Emoji 12.0 designs featured in JoyPixels 5.0 include a variety of new emoji types, there are three major themes evident within this latest bundle of characters: accessibility, new colored hearts/shapes, and pairs of hands-holding individuals[3]. 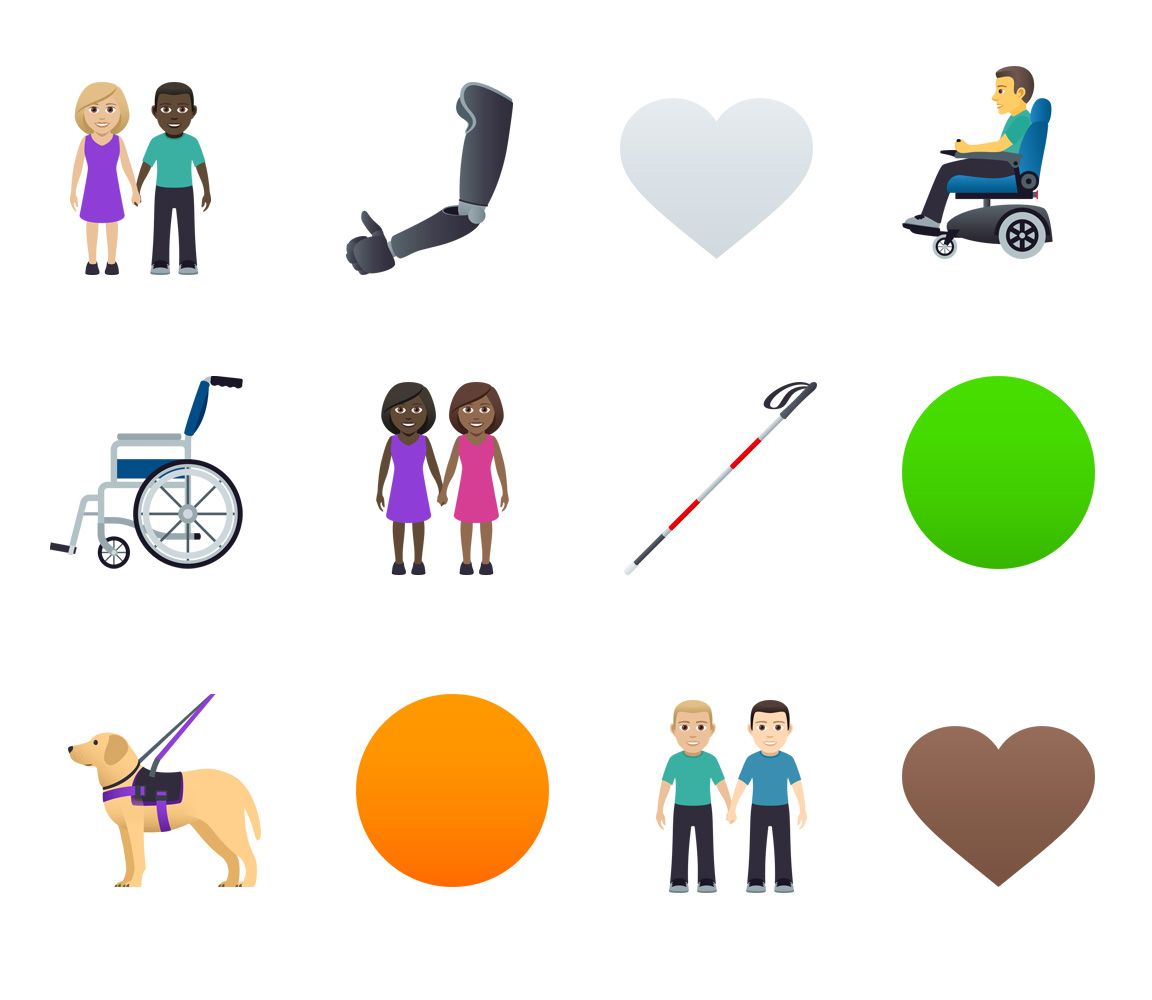 Above: A selection of new accessibility, shape and hand-holding designs featured in JoyPixels 5.0.

There are, of course, also new additions to popular categories such as animals, objects, and foods. 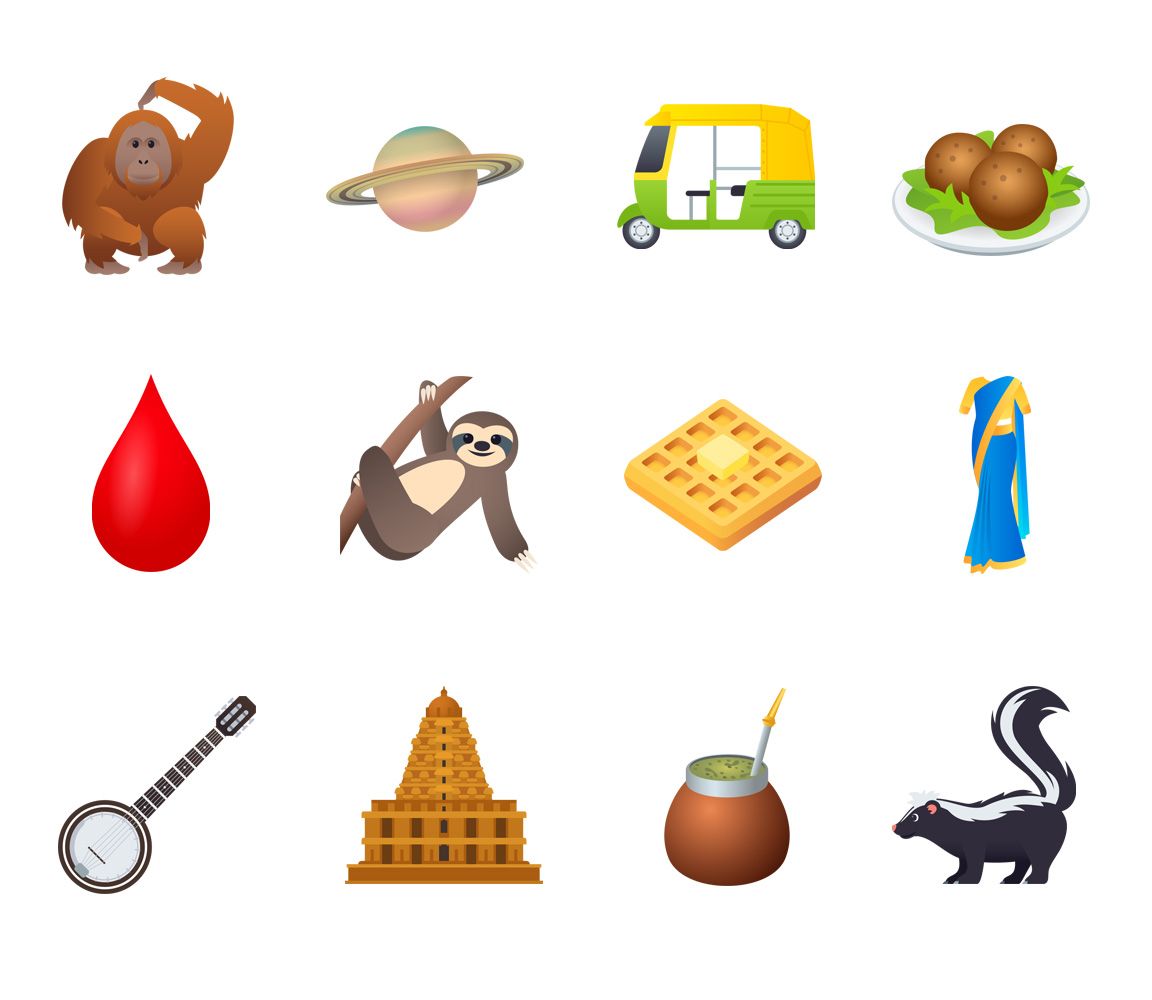 Above: A further selection of new emoji designs featured in JoyPixels 5.0.

Below is a handful of the type of design changes made within JoyPixels 5.0. To see all designs that have been changed in this update, from the major to the minute, can be seen here. 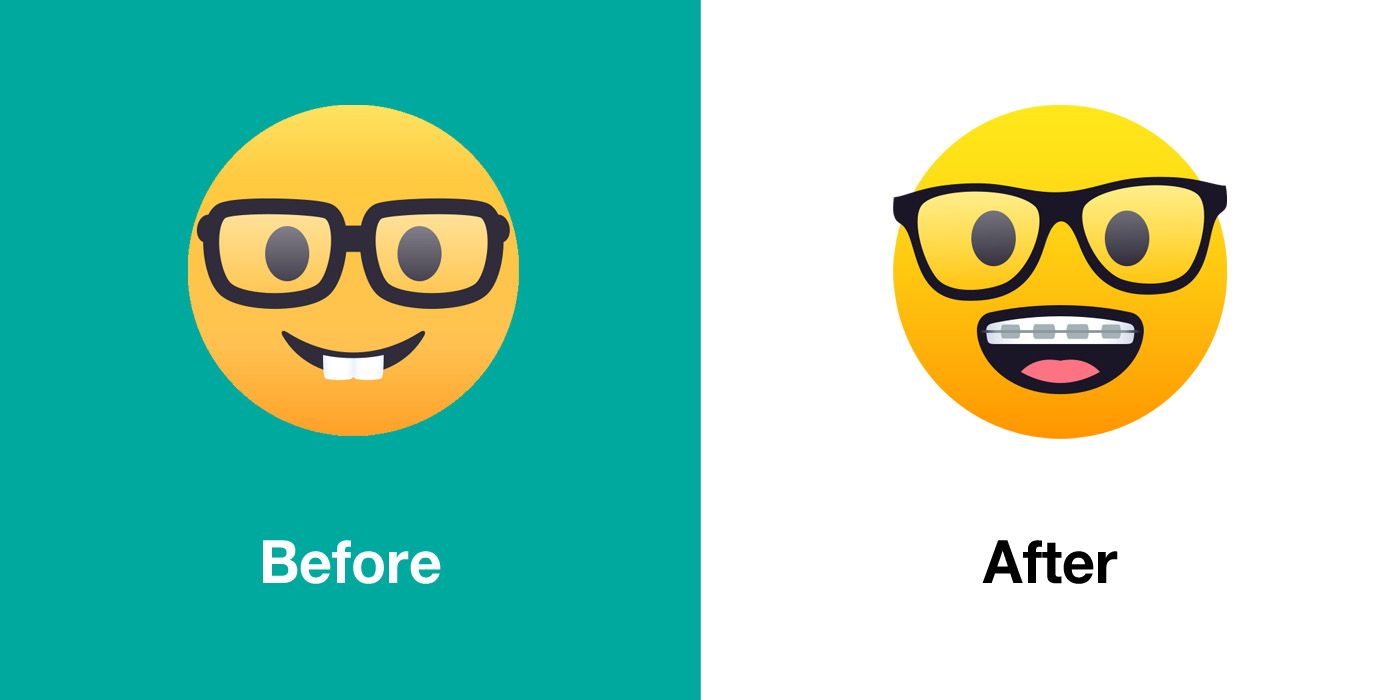 🤮 Face Vomiting is now of a much greener complexion. 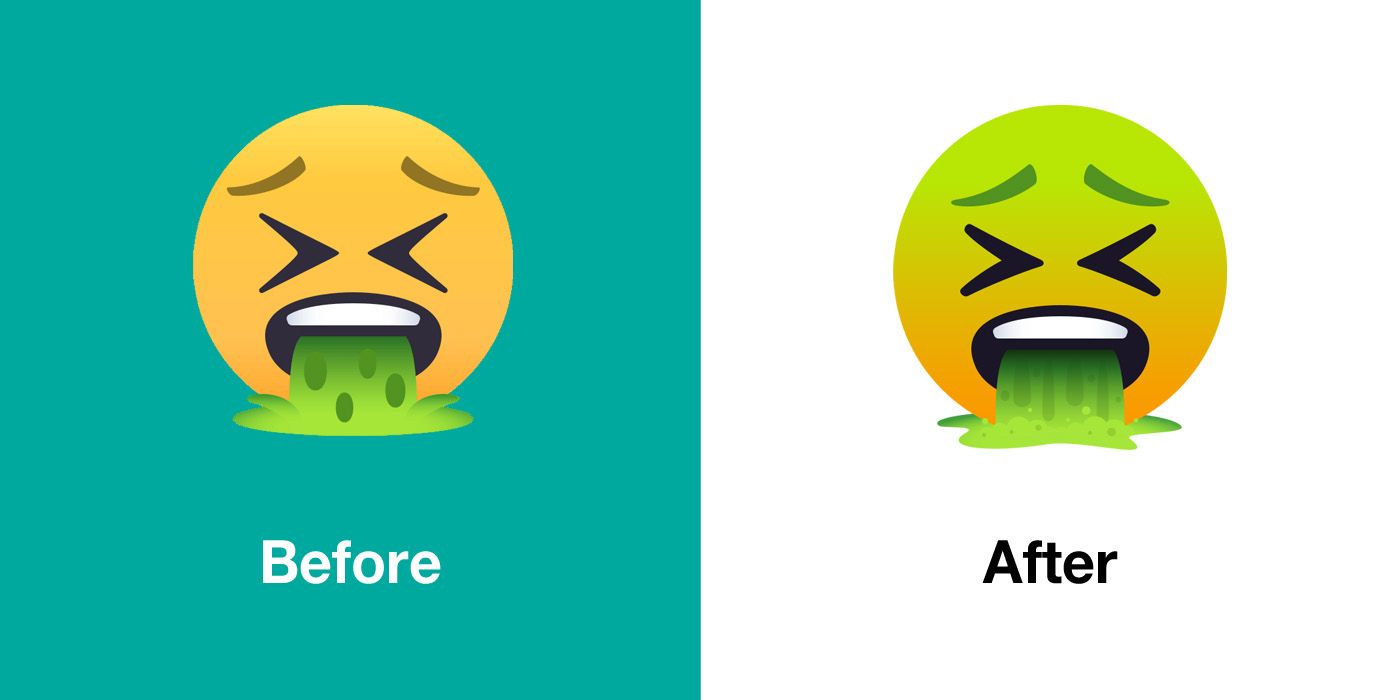 💃 Woman Dancing now has added sheen and some additional partings in her hair. 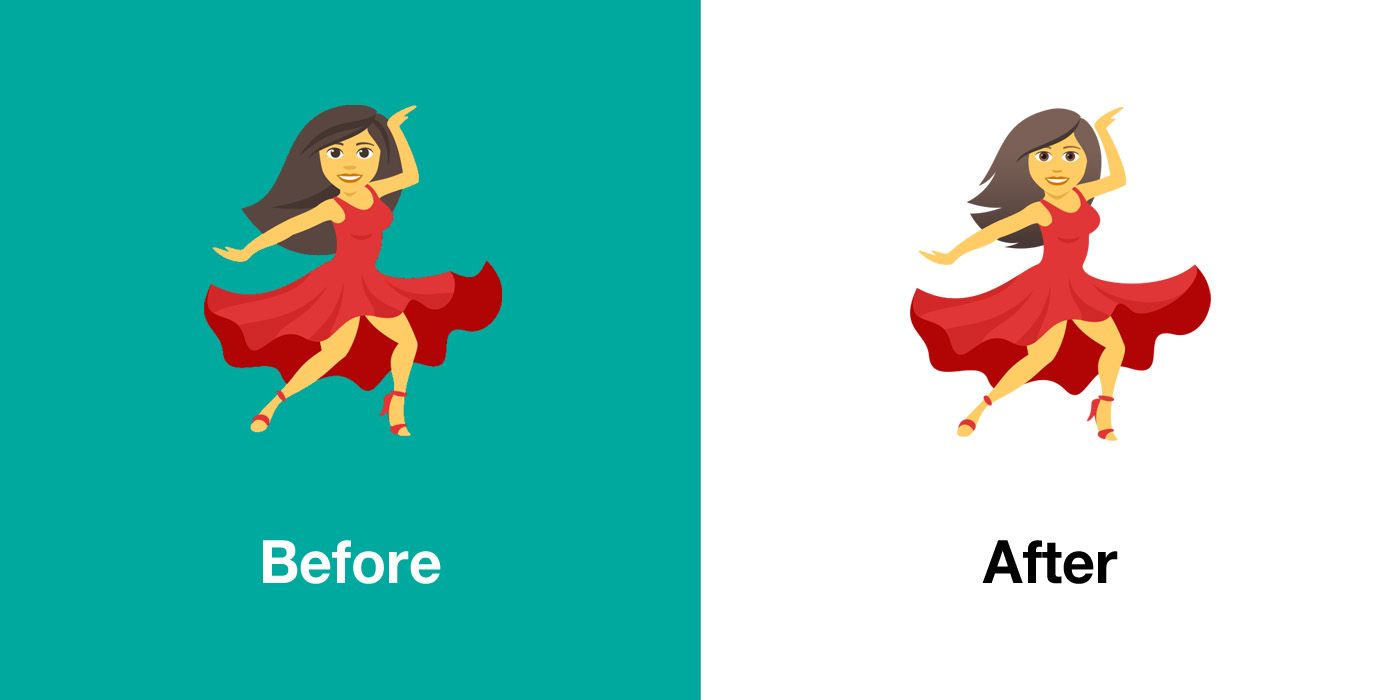 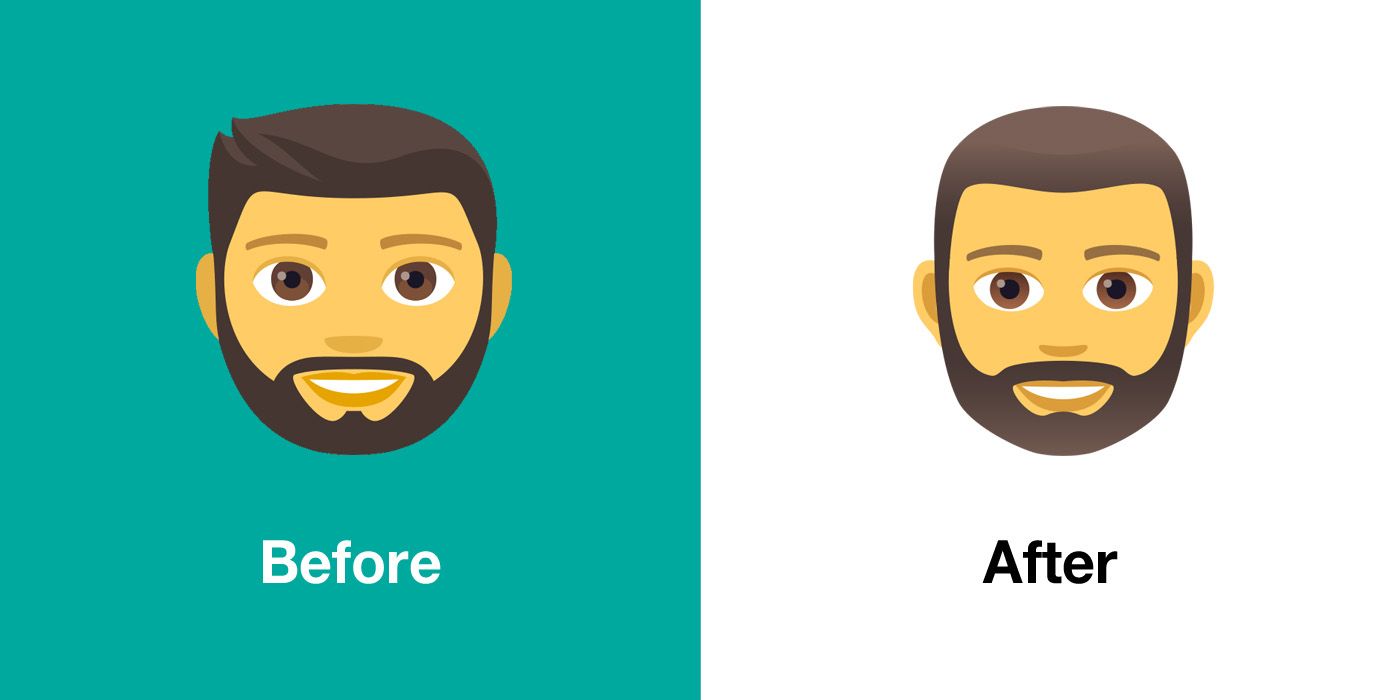 🥃 Tumbler Glass no longer includes ice cubes, increasing the range of possible beverages this may represent. 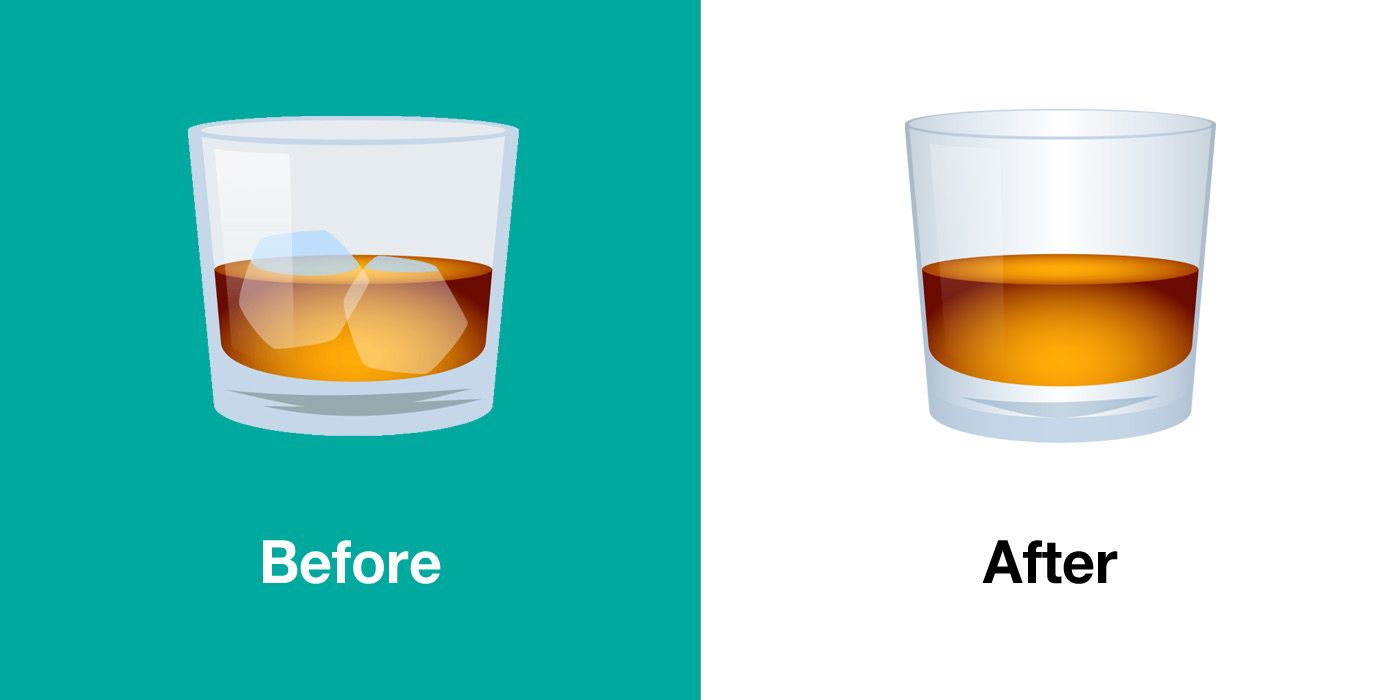 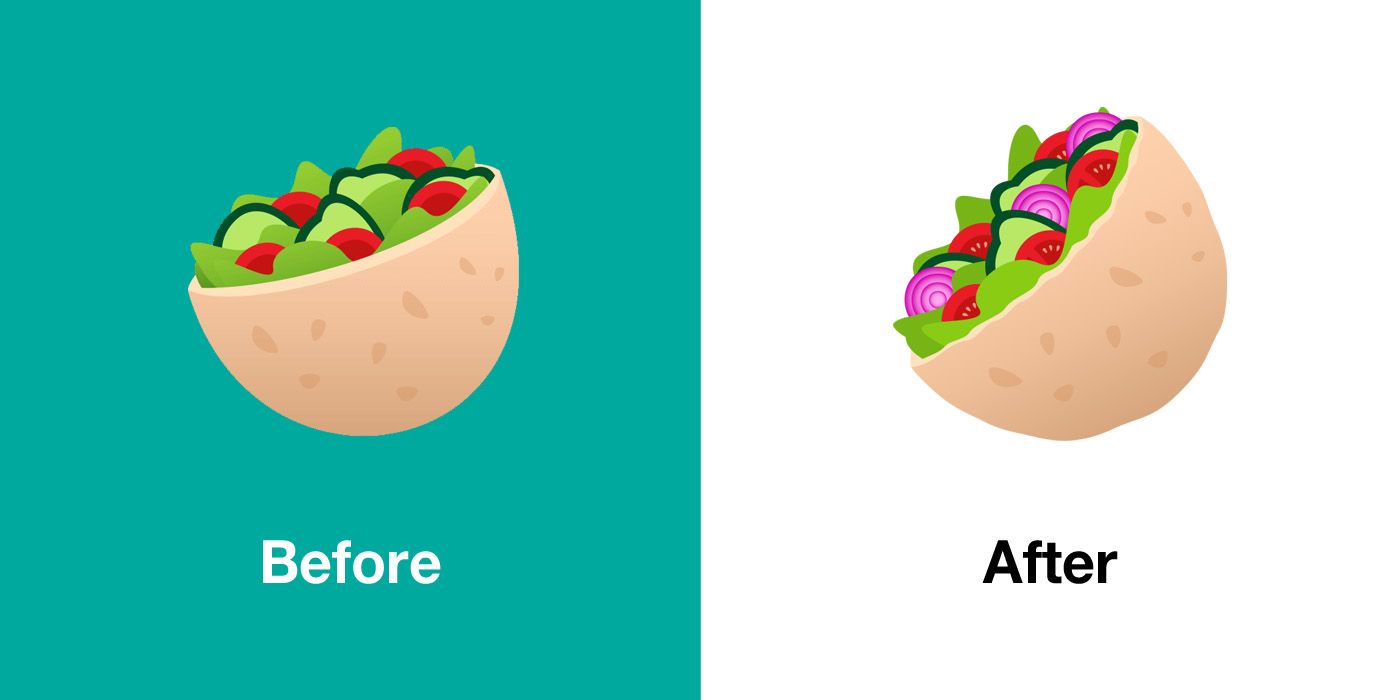 🦖 T-Rex is now roaring and features a more scientifically accurate skull and posture. 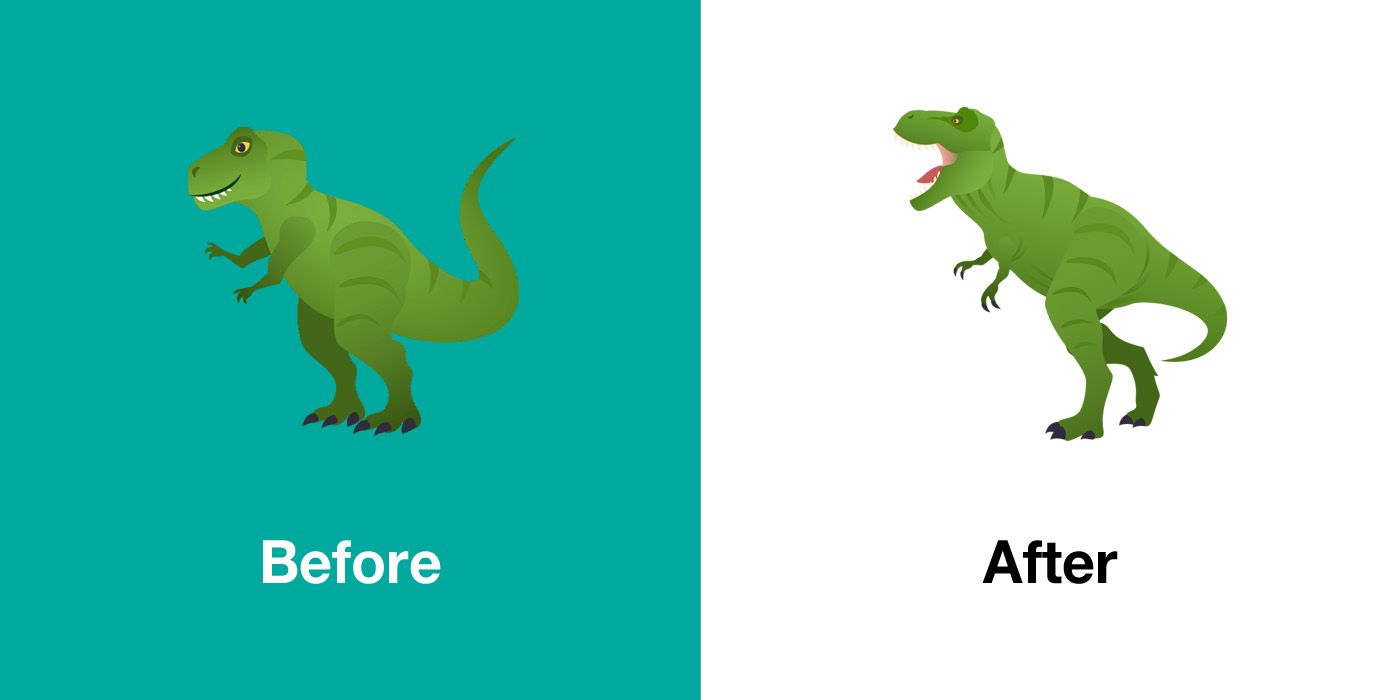 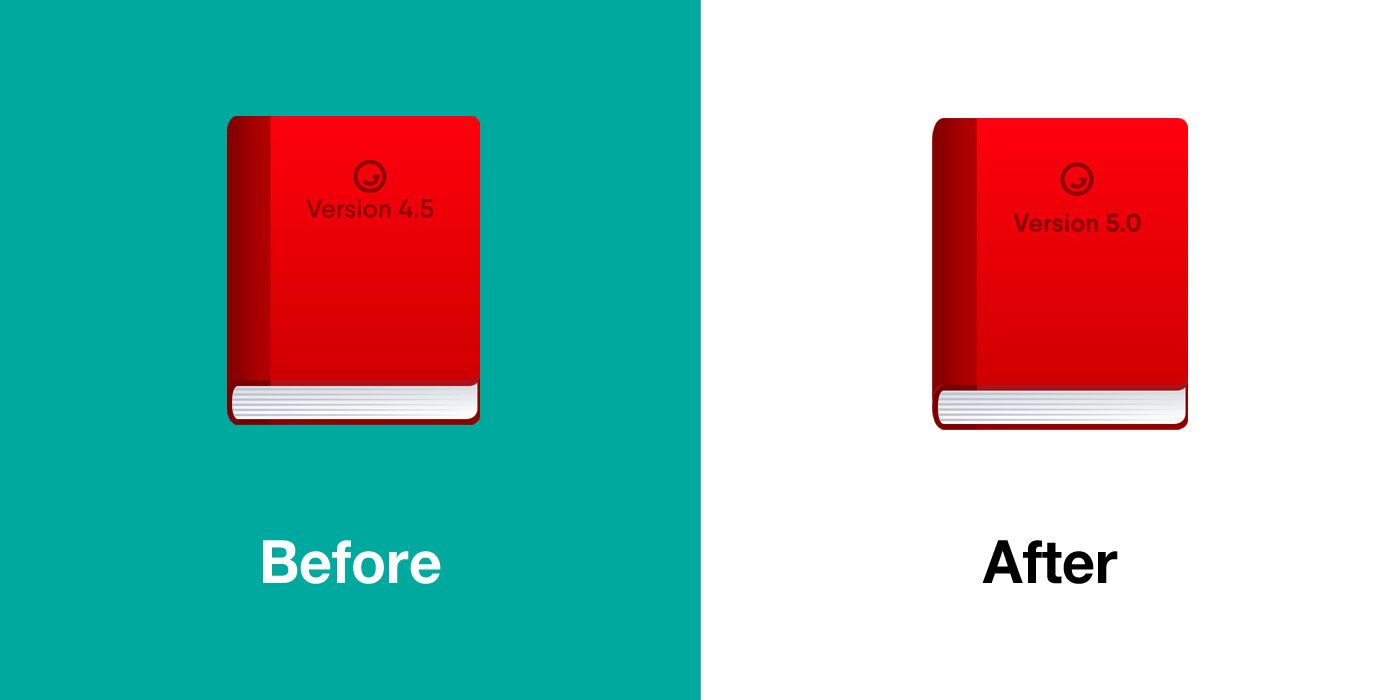 JoyPixels 5.0 is available now. Like EmojiOne 4.5, it is available on a freemium basis, with licensing required for some but not all usage types.

You can read more about the design set's licensing arranges via Joypixel's own 5.0 release announcement.