Instagram has begun testing a change to how emojis appear on Android phone, with some users now seeing Facebook emoji designs (instead of system-wide emojis provided by Google or Samsung in comments) DMs and stories.

Editor's Note: Despite testing this change at the start of 2020, as of January 2021 Instagram continues to display emojis with the native designs of the device in use.

This update follows the recent "Instagram by Facebook" splash screen which began appearing in late 2019, making the link between Instagram and its parent company more clear to users. 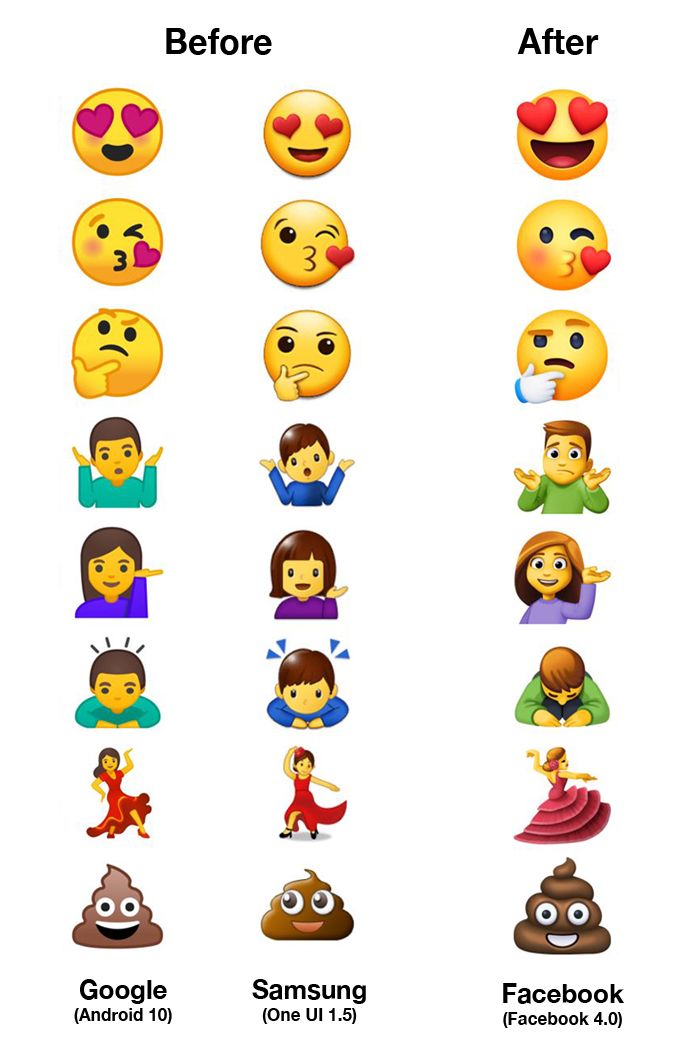 Initial reports[1] of the emoji change first appeared in early February 2020,[2] with the rollout appearing to be limited to a small numbers of users at this time.

“We’re testing a number of ways to improve emoji support on Instagram, so that all emojis can be rendered on all Android operating systems.”

Implied in the statement from Facebook is that one major reason for this update is to permit users stuck on old Android releases to see new emojis as they come out. While using Facebook designs isn't required to do this, it is one way to ensure consistency of emoji selection and design, at least for Instagram's users on Android.

Over the years, emoji support on Android has been an issue for apps, with many users left unsupported on old versions of the operating system.

The result has been millions of people with outdated Android devices who are unable to view new emojis promptly after they are released, or ever.

Google attempted to resolve this issue with the release of a free library that apps could use to provide new emoji support, even on old Android releases. Some apps have taken advantage of this, but not all.

It's now commonplace on Android for apps to implement their own designs which replace those provided by the system. On Android the following apps eschew emojis from Samsung or Google in favor of their own designs:

It is not expected that this change will roll out to all Instagram for devices any time soon. Facebook has a much-storied history of taking its time with emoji updates and release.

Take, for example, when Facebook began to test the Facebook 3.0 emoji update in in June of 2018. It wasn't until August of the same year that a majority users began to see the change.

Previously, Facebook had two distinct emoji design sets: one for its social network site ("Facebook") and another for its Messenger platform. However, just over a year after the distinct Messenger set was released, it was discontinued in October of 2017.

Above: The short-lived Messenger emoji set, released separately from Facebook's own emoji designs, in 2017.

This move to display Facebook emojis on Instagram may be considered another step towards unifying the social media giant's branding, while also providing newer emoji support on Instagram for older devices.

Currently only a small selection of Instagram users appear to be seeing any change to their emoji designs. The majority continue to see native emojis from either Samsung (on Samsung phones) or Google (on all other Android phones) at the time of writing.

With Facebook's history of selective testing and conservative rollout schedules, it's not yet clear if or when the majority of Android users will start seeing the new emojis.