Twitter has begun to rollout its latest emoji update, Twemoji 13.1. The update includes new emojis such as the heart on fire, the face in clouds, and large-scale skin tone support for couples and people kissing. 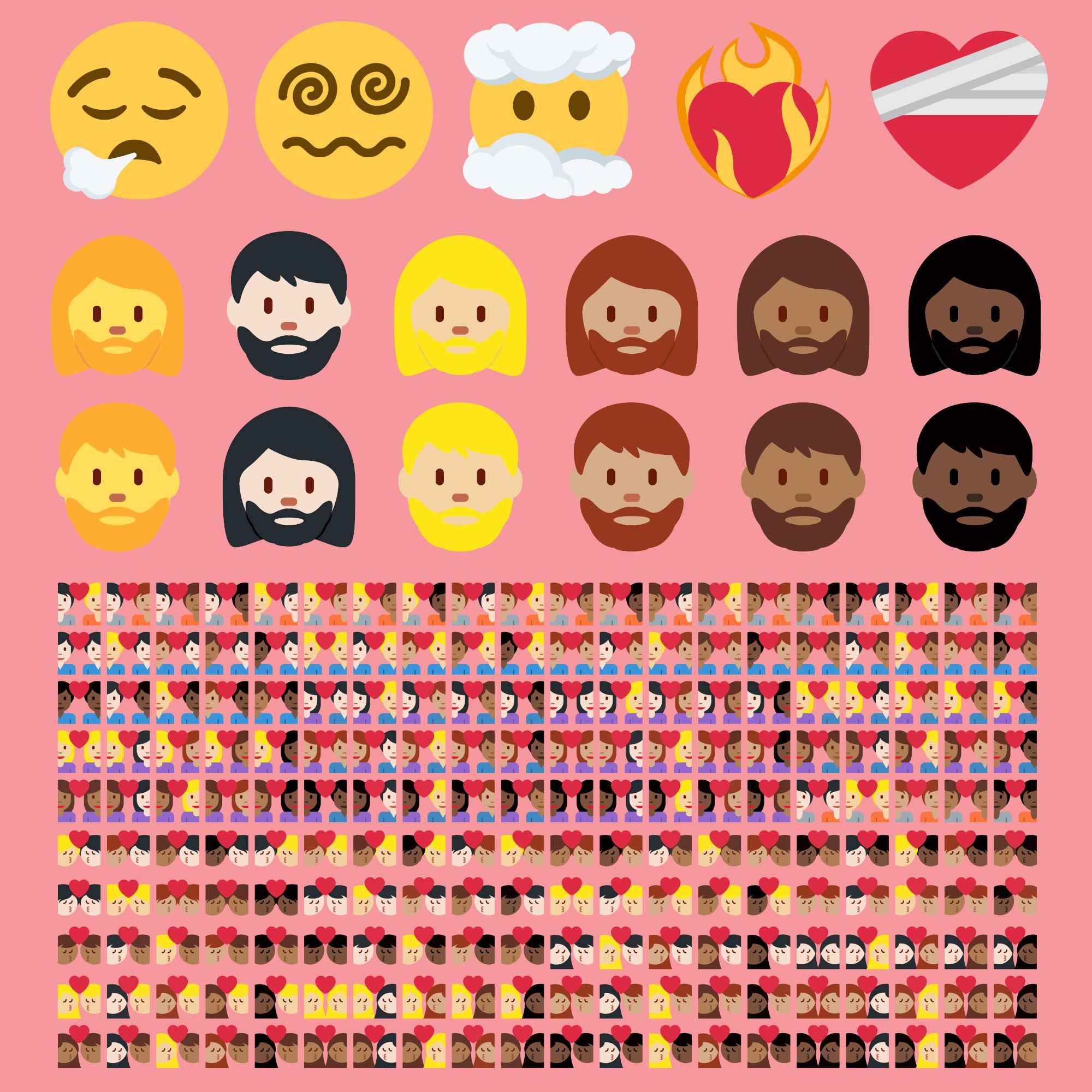 This does not mean that a new glossy style of emoji aren't coming in a future Twemoji update, however.

In fact, just prior to Twemoji 13.1 beginning its rollout, @TwitterDesign published a tweet seeking feedback on further 3D-like versions of 🦿 Mechanical Leg and the 🦾 Mechanical Arm.

Hey #DisabilityTwitter, we’ve got two more Twemojis to run by you: a mechanical leg and an updated mechanical arm.

We revised the arm a bit; the hand is now closed in a fist instead of being open. Thoughts?

All 217 of the new emojis introduced in Twemoji 13.1 are from Unicode's Emoji 13.1 recommendations, which was approved in late 2020.

No previously released emojis were given updated designs in Twemoji 13.1[1].

However, in the platform's last update just prior to Twemoji 13.1, the 💉 Syringe emoji was changed to be in line with new designs debuted by Apple and Google. 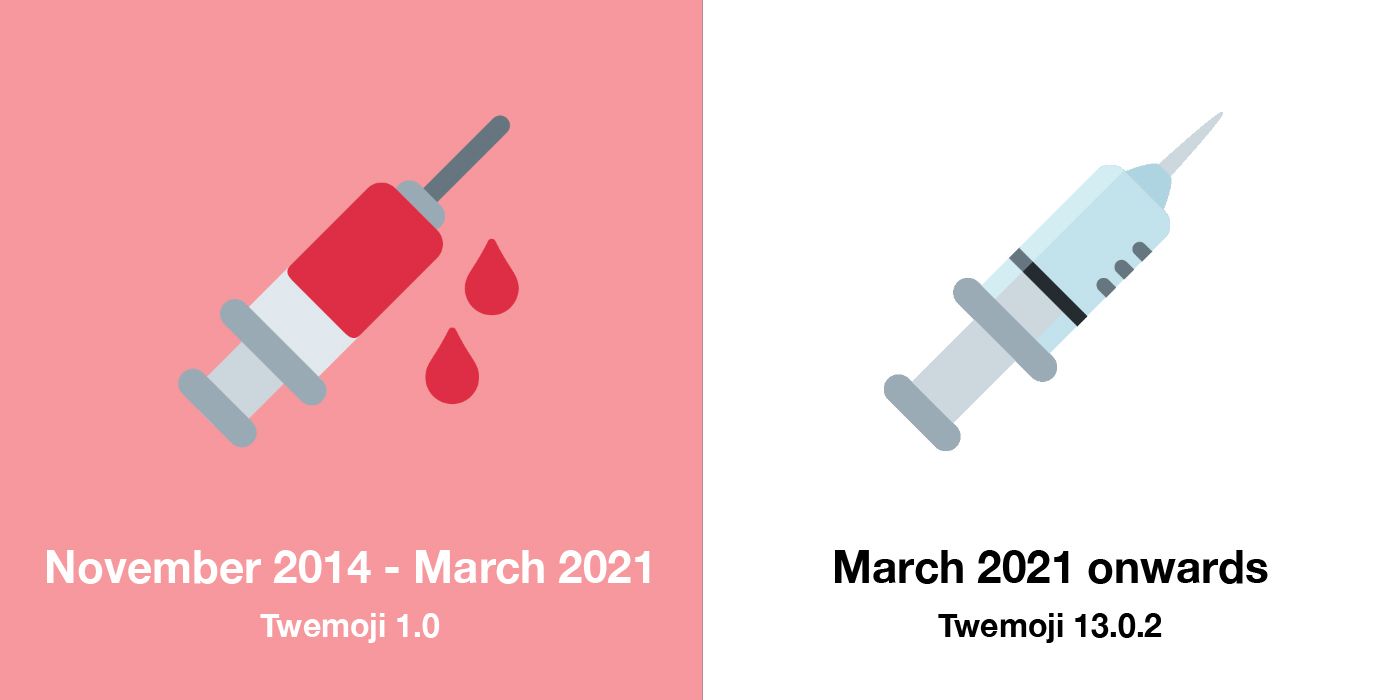 Above: the update to the 💉 Syringe that occured prior to today's release of Twemoji 13.1.

You can read more about the history and impact on the syringe emoji's design in our "Vaccine Emoji Comes to Life" article here on the Emojipedia blog. 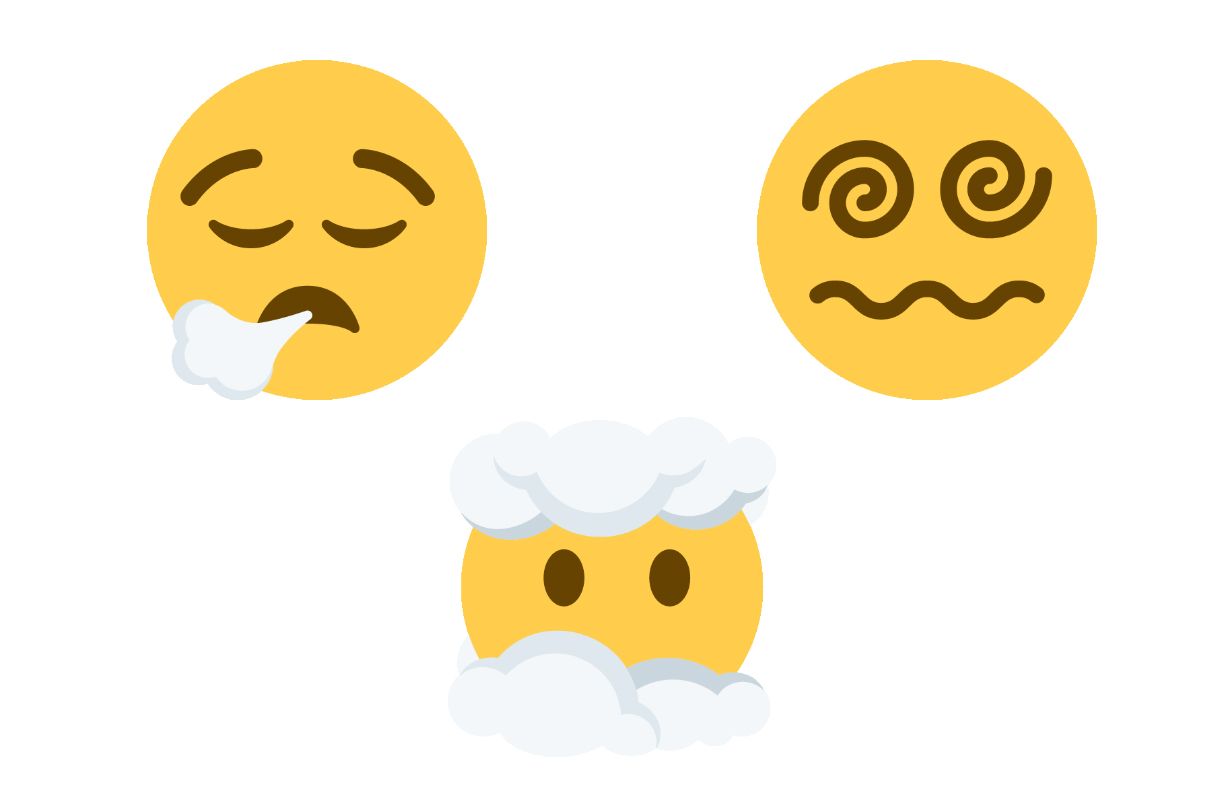 The 😵‍💫 Face with Spiral Eyes was introduced in Emoji 13.1 to combat an instances of long-standing design fragmentation: the eyes of the 😵 Dizzy Face emoji.

Historically, several vendors had chosen to display these eyes as spirals, while others chose "x"-shaped eyes. With the introduction of 😵‍💫 Face with Spiral Eyes, it was recommended going forward that vendors should display 😵 Dizzy Face with "x" eyes.

Twitter has, however, always displayed 😵 Dizzy Face with "x" eyes, therefore no design change was required in Twemoji 13.1 or any previous update. 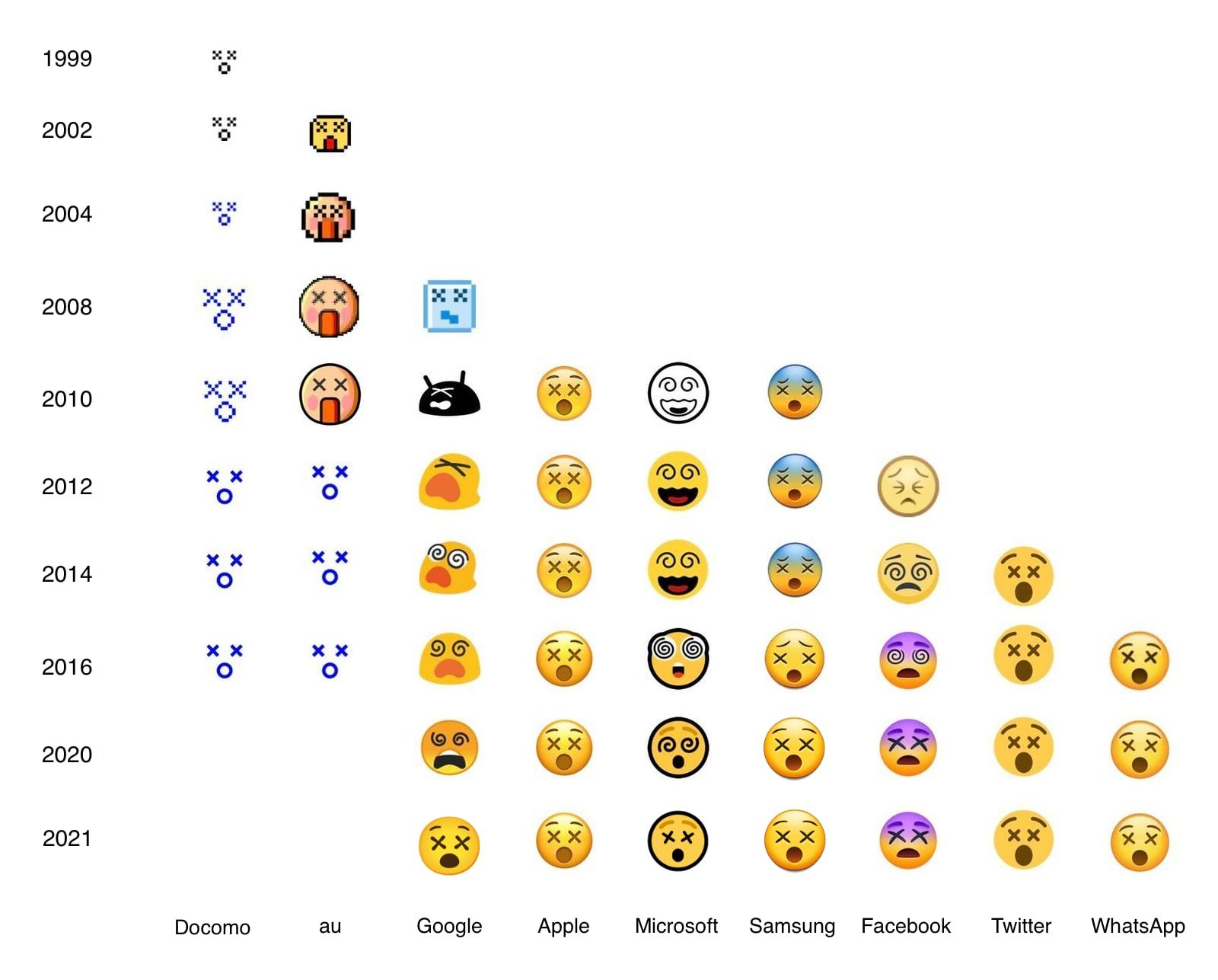 Above: 😵 is now universally shown with X eyes, making way for the new spiral eyed emoji.

Additionally, two new heart emojis are included in Twemoji 13.1. They are ❤️‍🔥 Heart on Fire and ❤️‍🩹 Mending Heart. 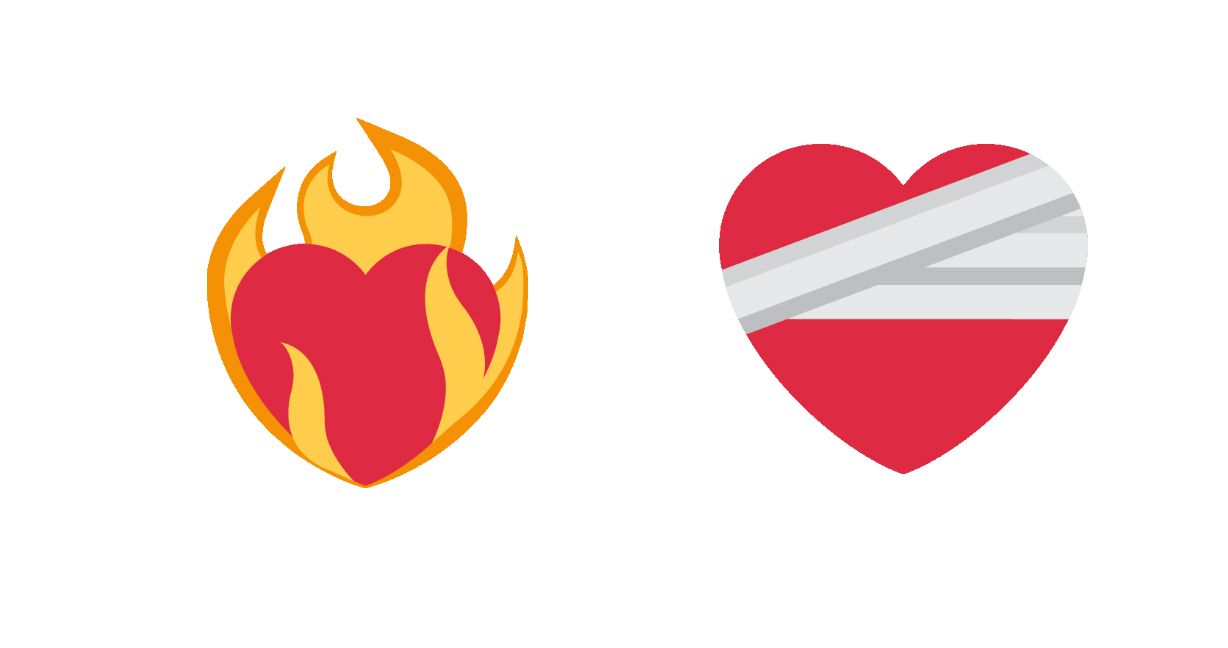 ❤️‍🔥 Heart on Fire encapsulates a popular variant of the classic heart ideograph that is traditionally used to represent desire or lust. The ❤️‍🩹 Mending Heart, wrapped in an adhesive bandage, can be as an opposing metaphor to the 💔 Broken Heart. 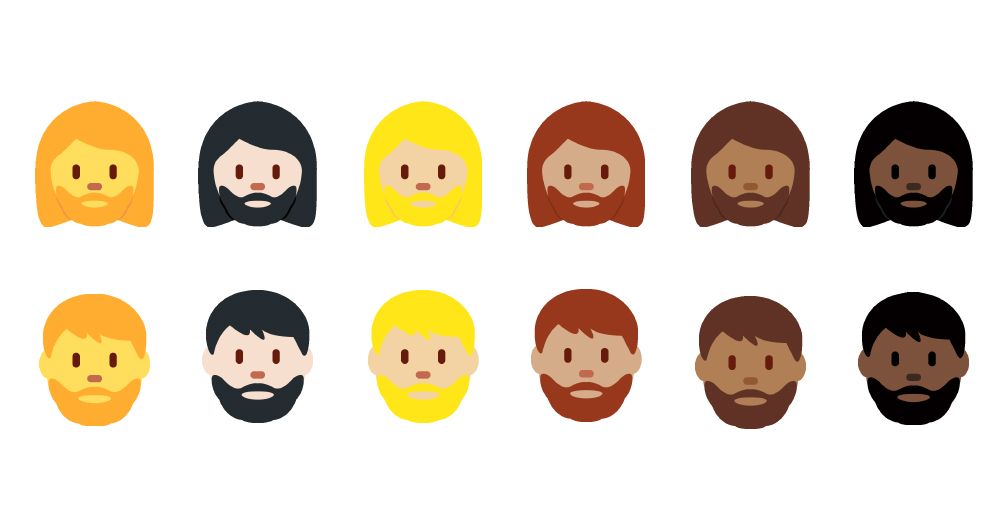 Unlike most other platforms, Twitter has presented the 🧔 Person: Beard in a non-gender-specific manner since November 2019.

Prior to that update, it displayed with the design now being utilitised for the new 🧔‍♂️ Man: Beard emoji. 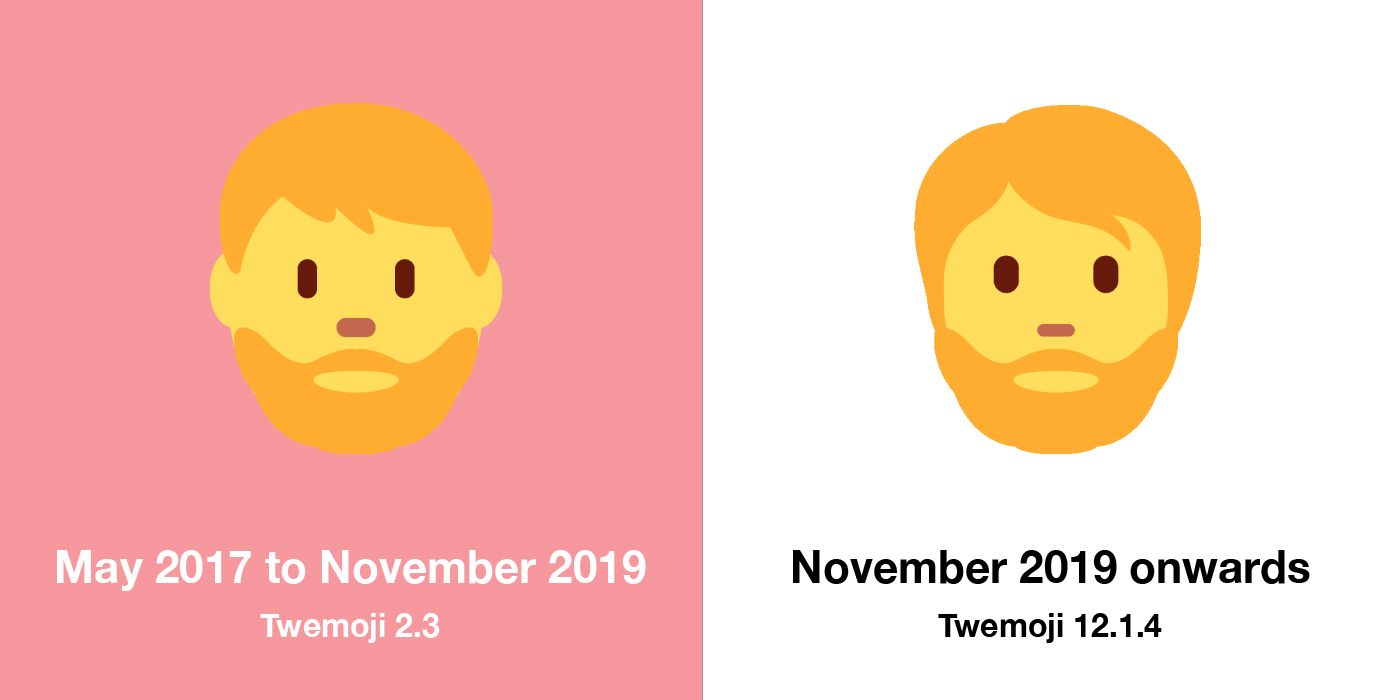 Above: the change in design of 🧔 Person: Beard back in November 2019.

Given that hair style doesn't define gender, users are of course welcome to use whichever bearded emoji best represents the person or topic at hand.

The remaining 200 new emojis in Twemoji 13.1 are for different skin tone combinations for the 💑 Couple with Heart and 💏 Kiss emojis. 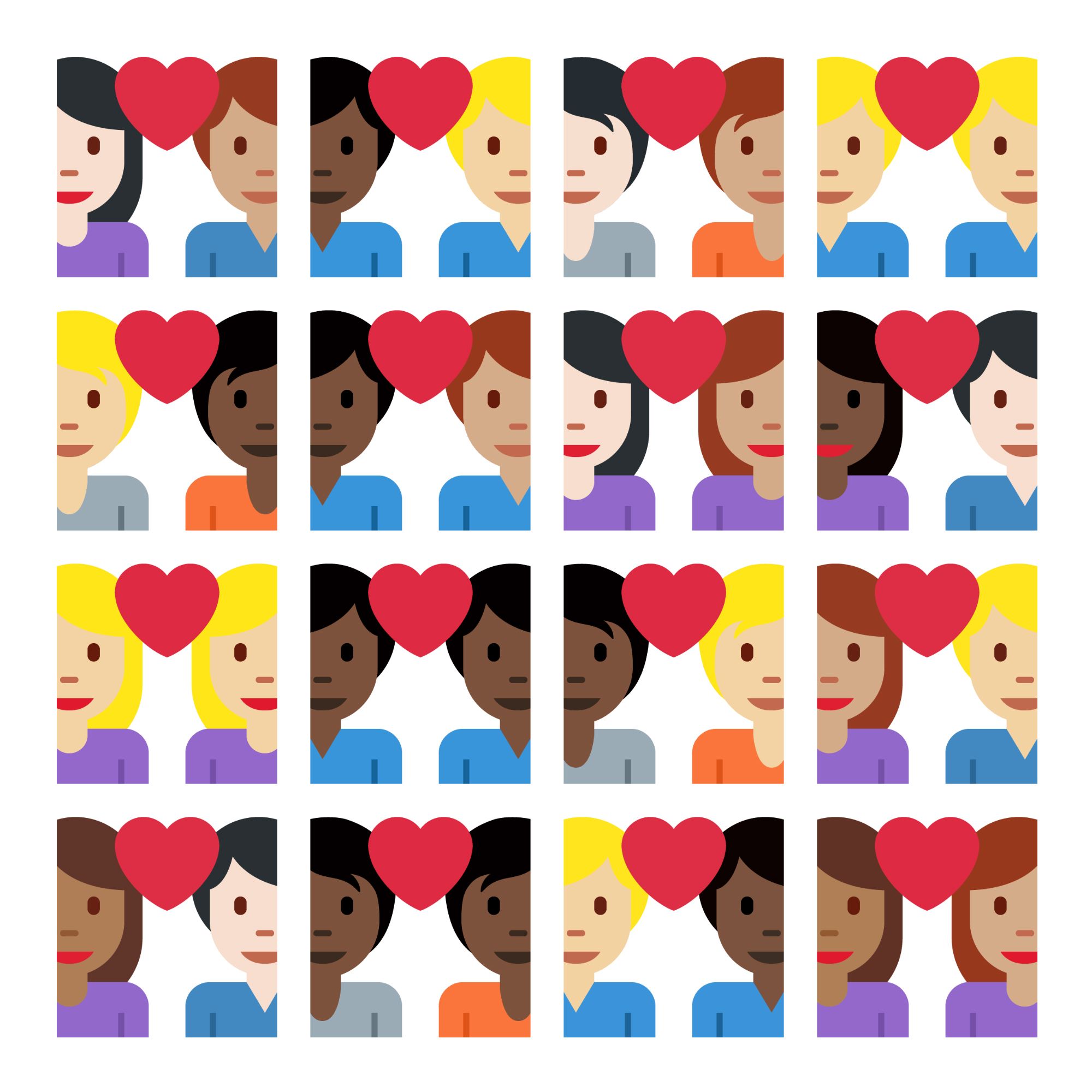 Above: 💑 Couple with Heart and its variants now comes with a choice of skin tones for either person. 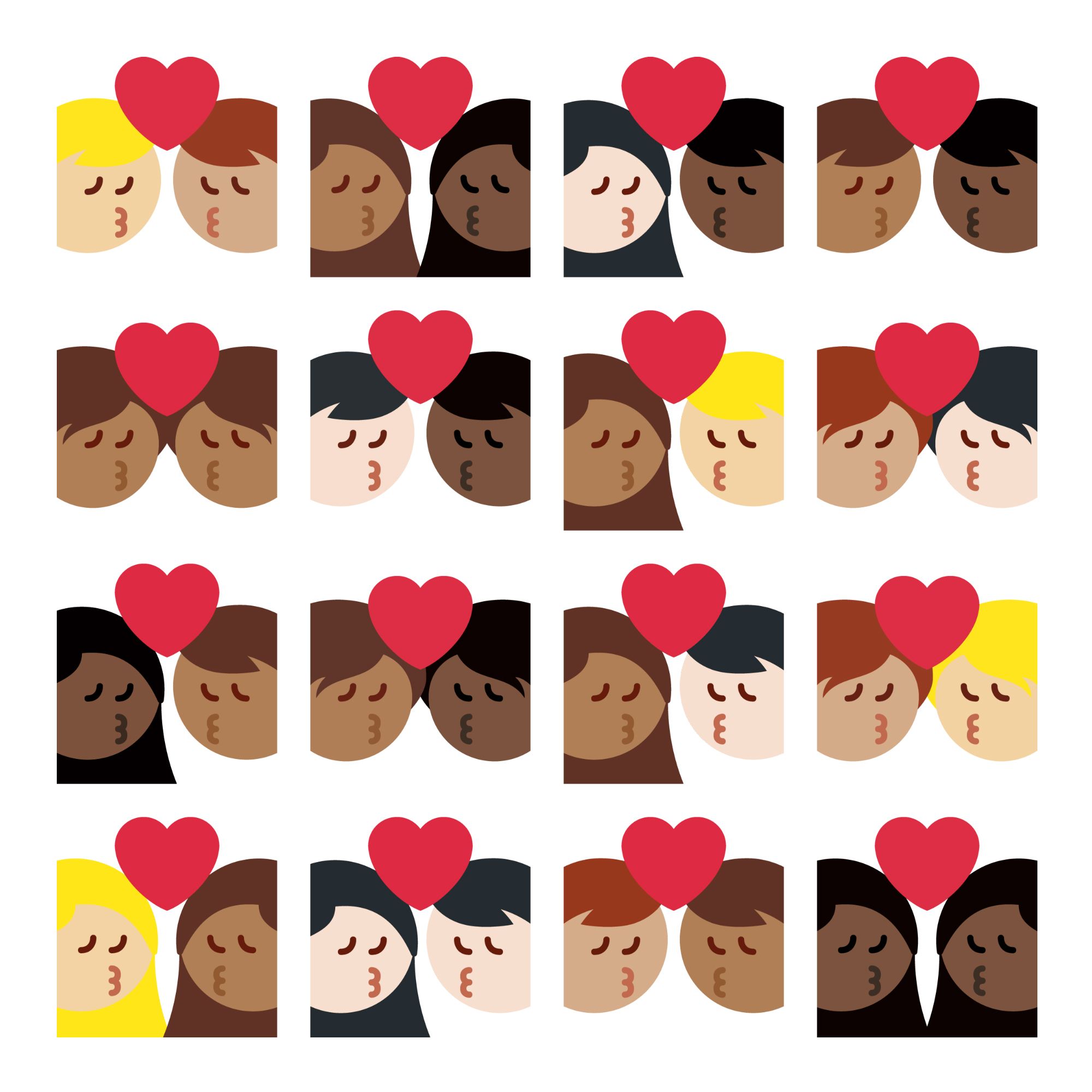 Above: 💏 Kiss and its variants now comes with a choice of skin tones for either person.

The latest designs from Twemoji 13.1 were revealed by Twitter via their Github, and rollout of the update to web-based Twitter users has now begun.

Some Android versions of the Twitter app also use Twemoji, and these updates are expected to appear on those platforms in the very near future.

Twitter for iOS uses native system-wide emojis from Apple, and is unaffected by this change.