With Apple due to release iOS 9.1 in the coming weeks or months, it's worth noting that the LG G4 handset has supported the full Unicode 7 emoji set since May 2015.

Above: Some of the Unicode 7 emojis on an LG G4

Support for these emojis by LG was news to me[1], even after testing an LG G4 briefly. Two issues which prevented their widespread use were likely:

As a result, LG users were unlikely to ever see a Unicode 7 emoji on their device, despite supporting them for months. A bit of a lost opportunity for LG, really.

Some popular characters in this update include:

This could be a popular addition, in particular around the holidays when it seems this is what everyone is doing.

With the motor scooter relegated to Unicode 9, this will have to suffice for motor bike or scooter riders.

A long-term request, that has slowly made its way to Windows, iOS (soon), and WhatsApp for Android. Shows as a white hand, not yellow, gray, or pink hand gestures do on other platforms.

This should change if (when?) emoji modifiers become supported by LG.

This could just be a personal preference of mine, but I love the idea of a spy emoji, for those every-day mysteries. In fact, I could do with this for an emoji mystery right now.

This update was released prior the approval of Unicode 8. As such, no support for emoji modifiers (for skin tones) is included.

In addition to skin tones, none of the other Unicode 8 additions such as hockey, volleyball, taco, or hot-dog, are included.

And in a similar issue to that faced by Windows users, LG does not include any country flag emojis. Instead, these will show the two-letter regional indicator code. Eg: US for United States, or GB for Great Britain. 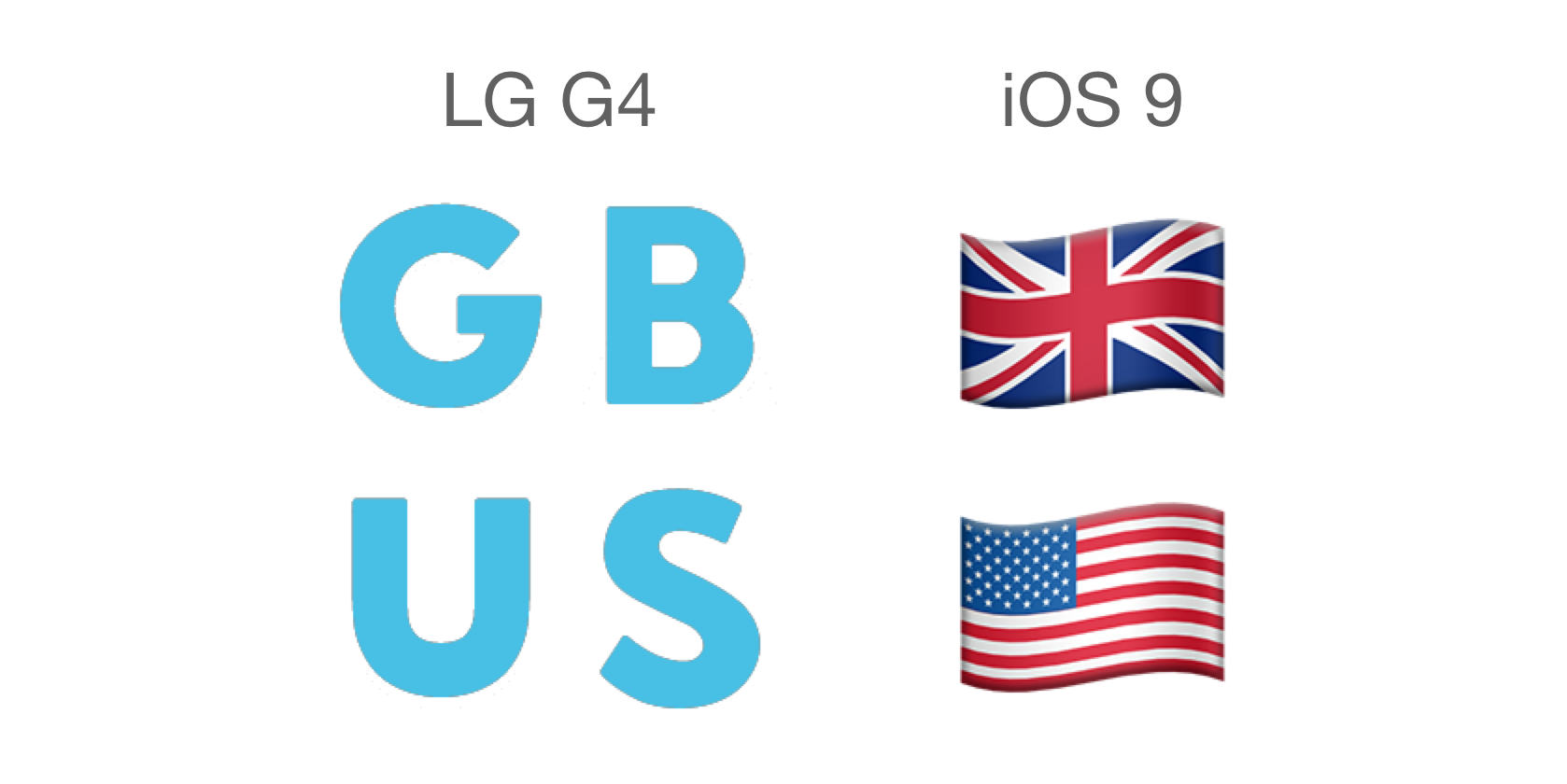 Above: LG shows regional indicator letters instead of flags.