Above: All the new emojis featured in JoyPixels 5.5.

This release makes JoyPixels the third emoji vendor to support the 168 new emojis included in Emoji 12.1 which was approved in the second half of 2019.

It's worth pointing out that this has nothing to do with the 117 new emojis approved last week as part of Emoji 13.0, which will come to most platforms later this year.

Above: the new 🧑🦰 Person: Red Hair, 🧑🏫 Teacher and 🧑🦯 Person with Probing Cane emojis featured in Emoji 12.1 as they appear in JoyPixels, Apple and Twitter repsecitvely.

Near 1400 emojis have had their designs updated in JoyPixels 5.5. Such large-scale design changes are the norm for JoyPixels: the EmojiOne 4.5 update (under the emoji vendor's previous moniker) and JoyPixels 5.0 update featured 1,682 and 1,683 design changes respectively.

138 of these new emojis focus on introducing new non-gender-specific variants to previously available people emojis, such as 🧑🍳 Cook and 🧑🦽 Person in Manual Wheelchair, while the remaining 30 expand the number of combinations of the various 🧑🤝🧑 People Holding Hands emojis. 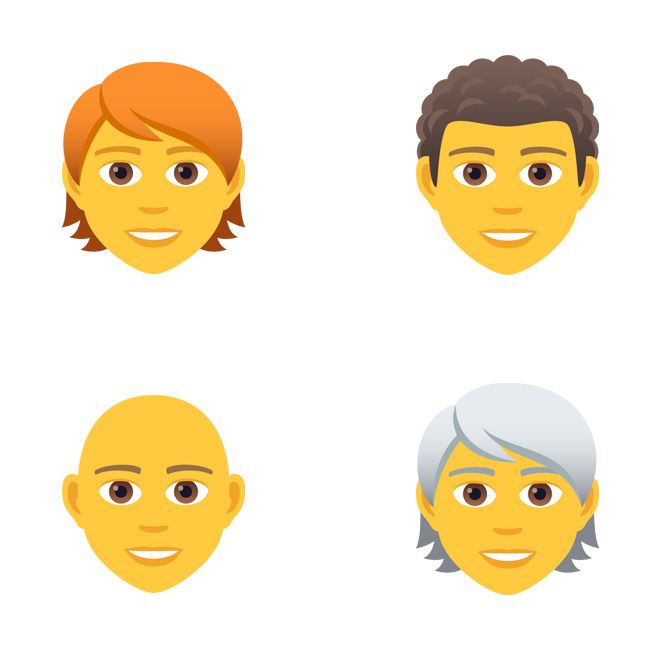 Above: the new non-gender-specific variants of the four hair style emojis as they appear in JoyPixels 5.5.

There are also gender neutral individuals using a 🦽 Manual Wheelchair, a
🦼 Motorized Wheelchair, and a 🦯 Probing Cane.

Above: the new gender neutral accessibility emojis in JoyPixels 5.5.

Above: a selection of some of the new gender neutral profession-based emojis available in JoyPixels 5.5. 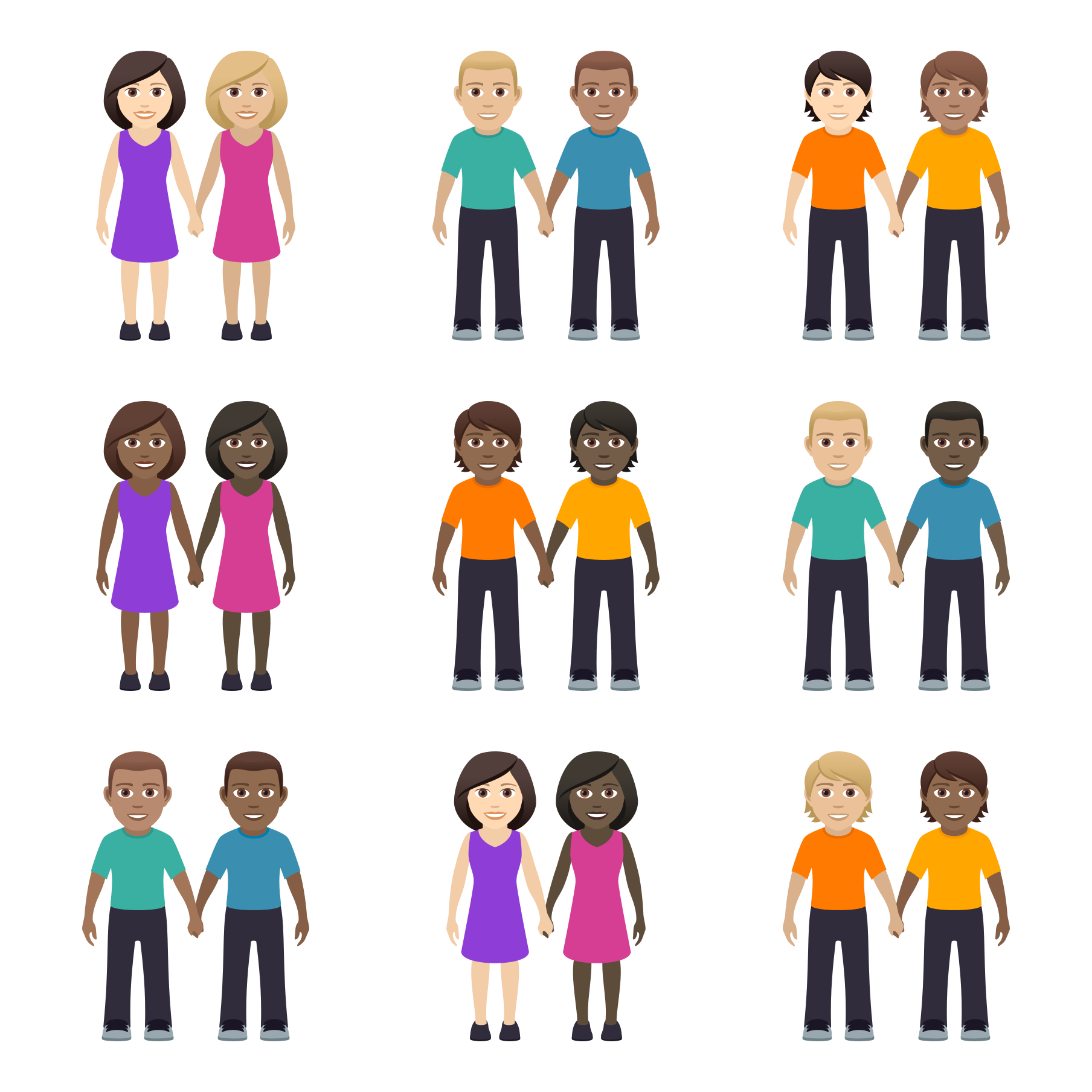 Above: a selection of the new variants of the various 🧑🤝🧑 People Holding Hands emojis in JoyPixels 5.5.

🤣 Rolling on the Floor Laughing is now shedding tears of joy, as per the design of all other vendors. 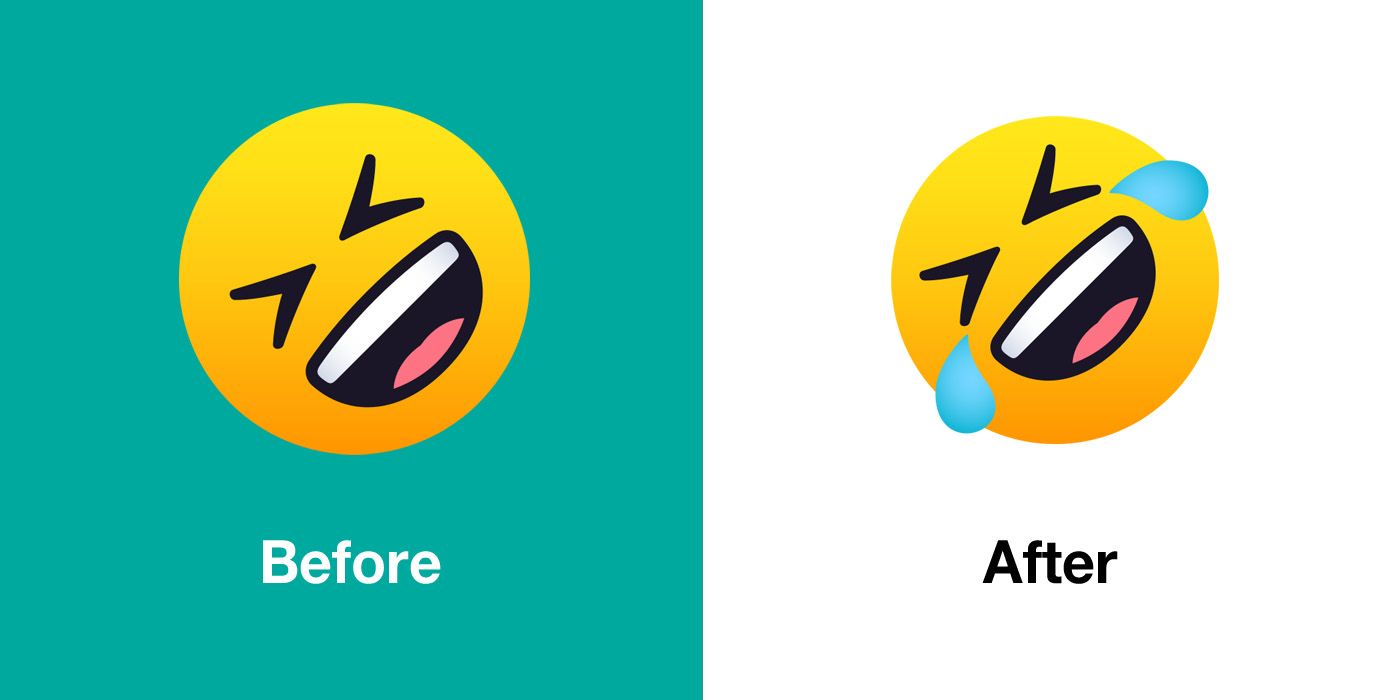 🦒 Giraffe now appears as a full-bodied (and full-necked) creature as opposed to just displaying the animal's head. 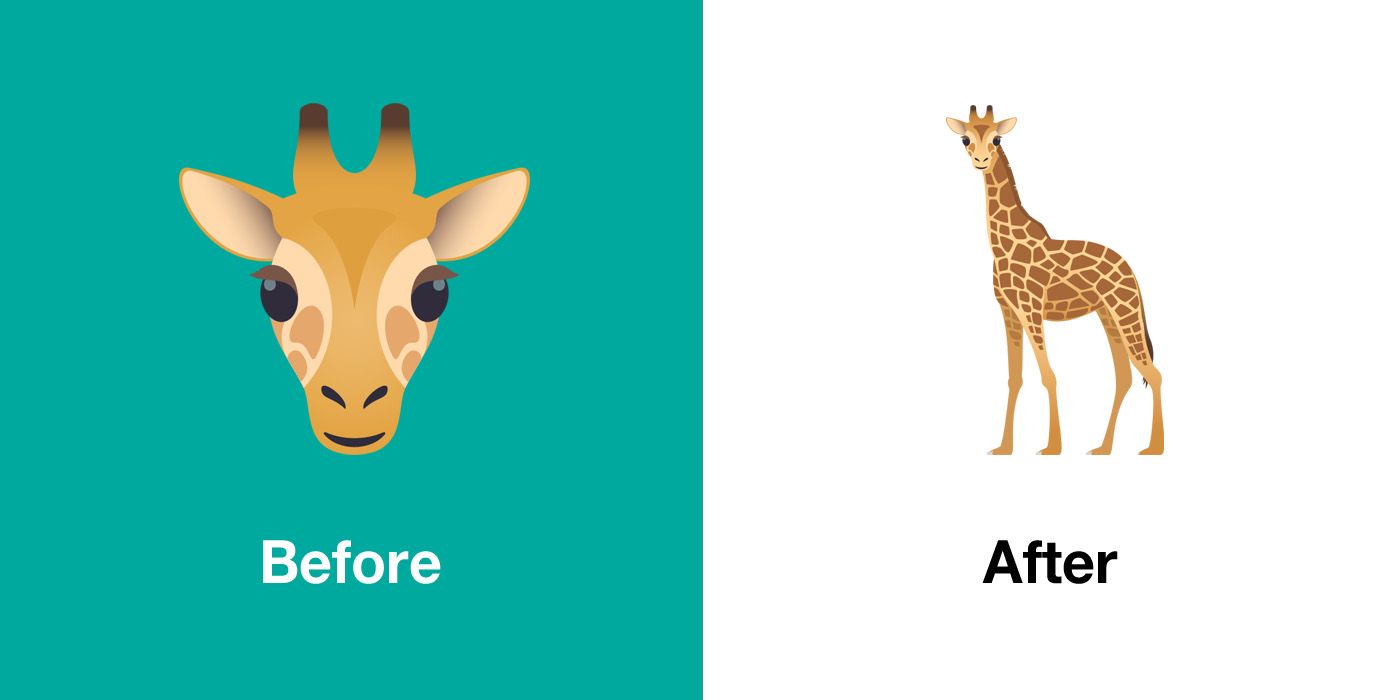 A similar change has been made for both 🦓 Zebra and 🦏 Rhinoceros.

The 🌮 Taco emoji's filling now features what appears to be pickled red onion. 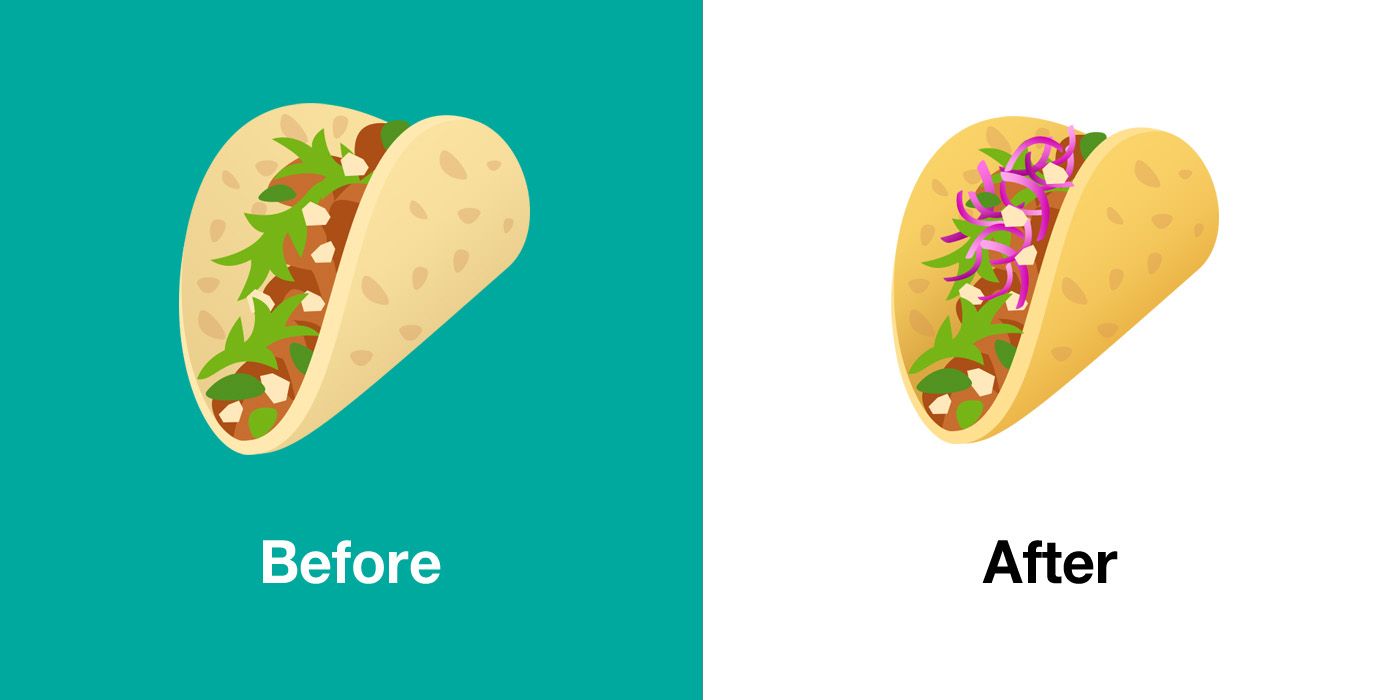 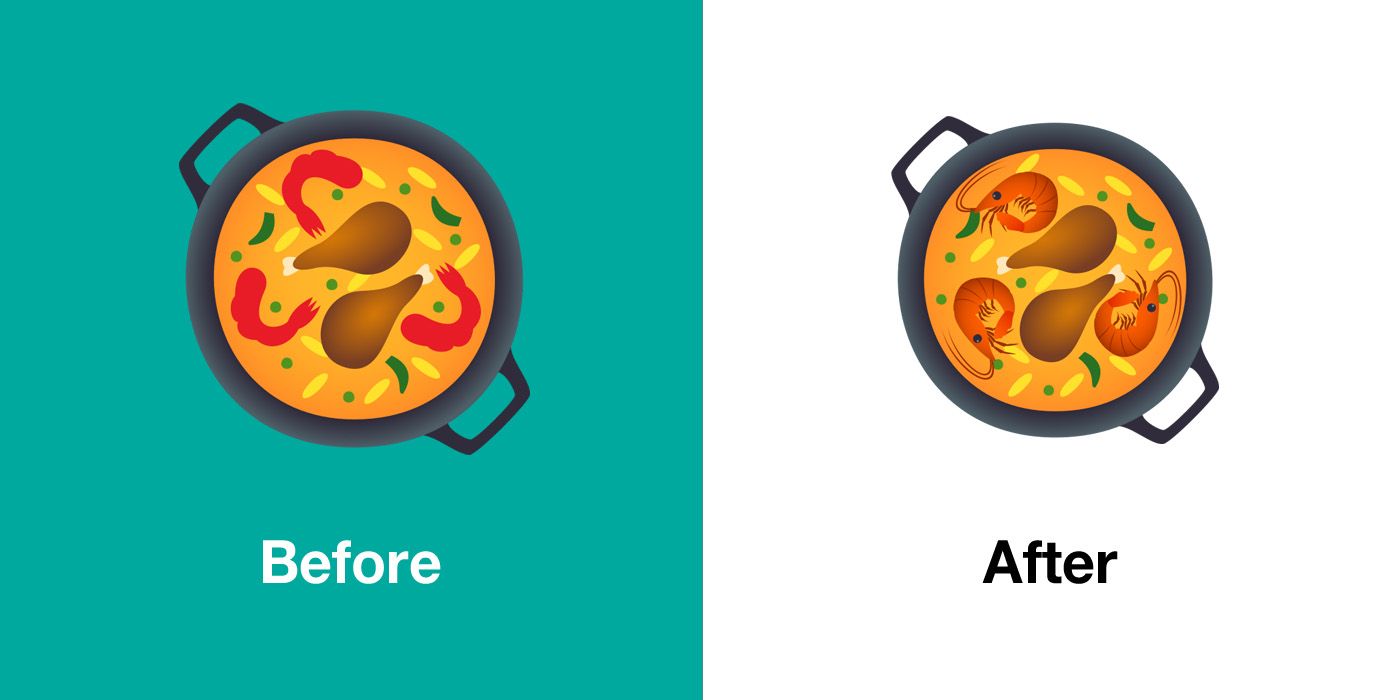 While our frequent go-to emoji for JoyPixels updates, 🍣 Sushi, has not been updated, the 🍱 Bento Box has had its featured sushi updated. 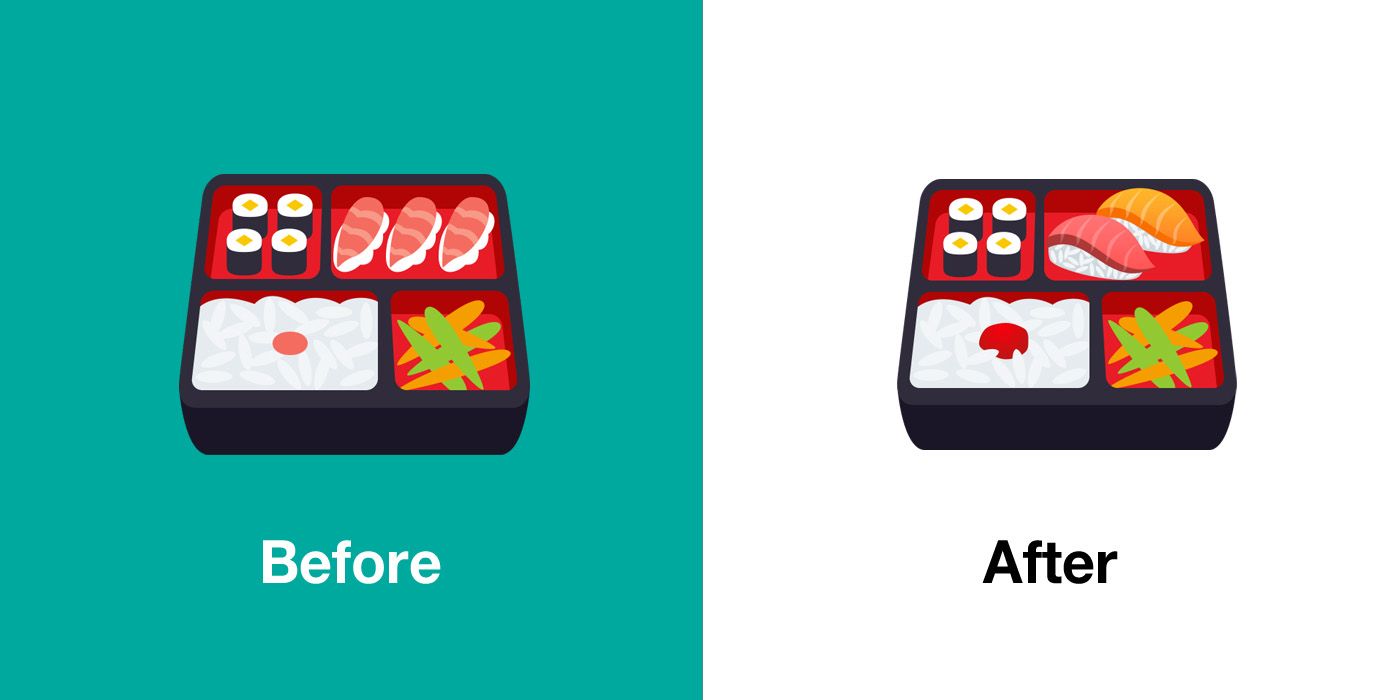 🪒 Razor now appears as a modern safety razor instead of a straight razor. It also features the JoyPixels logo. 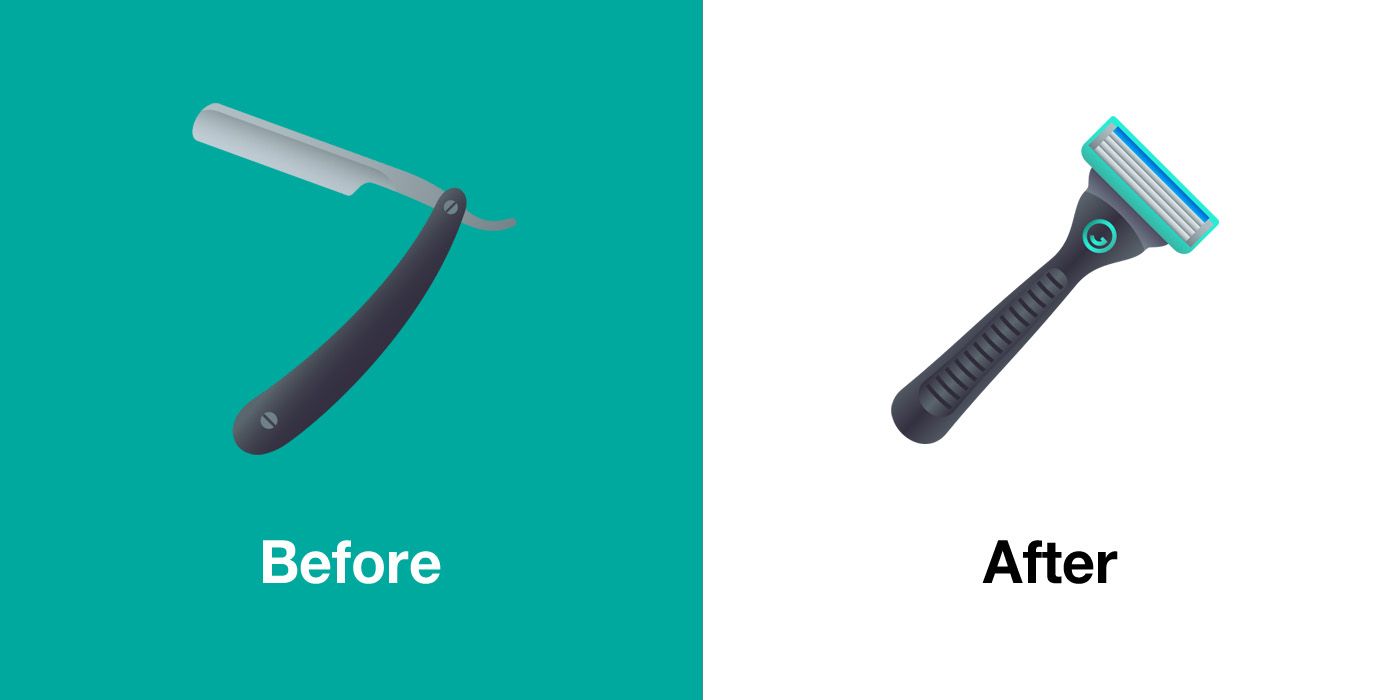 JoyPixels 5.5 is available now. Like the previous JoyPixels update, it is available on a freemium basis, with licensing required for some but not all usage types.