Update: Android 6.0.1 has been released. View the changes.

Scheduled to hit Nexus phones "next week", here's a first look at what to expect[1] in this update.

Approved in mid-2014, emojis from Unicode 7.0 have been adopted by LG, Apple, and Microsoft (in a limited capacity) so far.

These images are Google's latest for Unicode 7 support, found buried inside Google Hangouts:

Above: New emojis found in Google Hangouts and presumably coming to Android next week.

Android 6.x also looks like it will support Unicode 8.0 emojis. In addition to the aforementioned Unicorn, Lion, and Crab, new sports, religious symbols and foods make up Unicode 8. 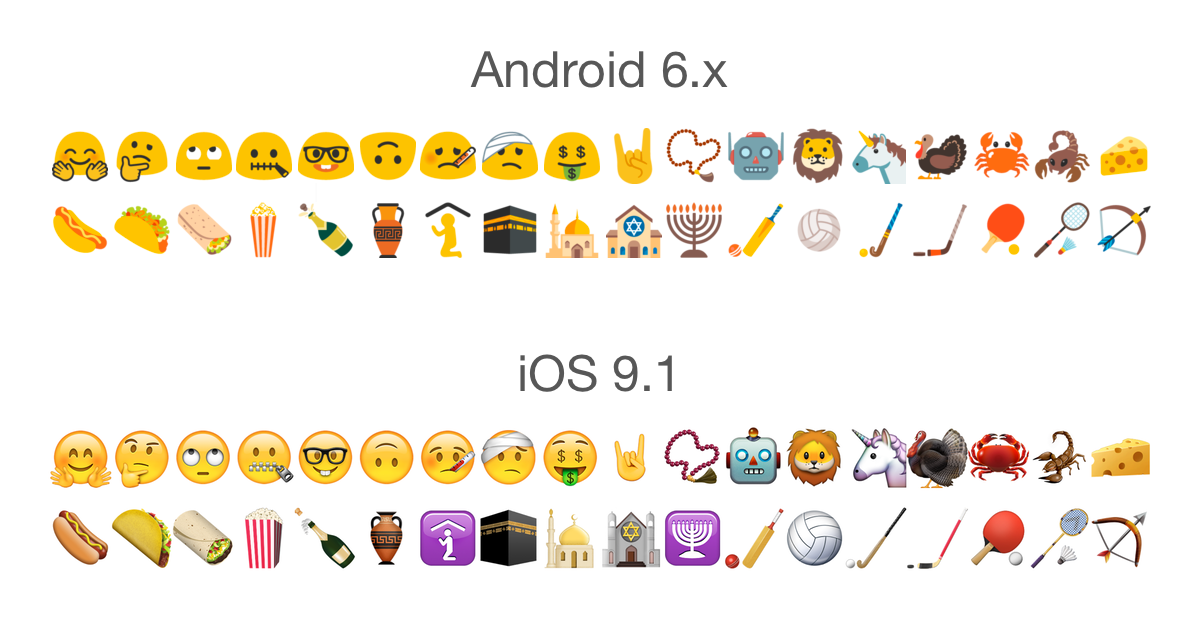 Above: Emojis from Unicode 8.0 on Google and Apple.

Support for older Unicode characters such as the peace symbol and alembic look set to be included in this update.

Emoji modifiers (for skin tone) and family combinations appear to be absent at this stage[2].

I will be taking a closer look at all the emoji changes after the launch this update. Come back for a full changelog of what's new.

In the meantime, here is the current list of all emojis supported by Android 5.0 Lollipop.