Unicode president Mark Davis today announced that flags of England, Scotland, and Wales have been approved as part of the forthcoming Emoji 5.0 standard.

These are the first three flags approved[1] by the Unicode Technical Committee which make use of Unicode's new regional flag support.

Above: These flags have been approved by Unicode.

This new Emoji Tag Sequence functionality allows for a wider range of locations to be supported for flags within Unicode.

With Emoji 5.0 we’ll be able to represent the flags of country subdivisions as emoji — with England, Scotland, and Wales leading the way. Thanks to the many people behind the scenes in the Emoji Subcommittee and Unicode Technical Committee for their perseverance in developing a general mechanism for this.

This update has been a long time coming, with multiple proposals put forward, and different mechanisms for support being suggested as far back as February 2016.

Previously, flags of the UK Home Nations haven't been eligible for emoji status, as the relevant ISO standard lists the 🇬🇧 United Kingdom as one single entity.

Above: Emoji Tag Sequence codes to be used for the new flags.

Under the new "tag sequence" mechanism, subregion / subdivision[2] flags are possible for the first time within Unicode, and the sequences "gbeng", "gbsct" and "gbwls" have been approved as the first three additions to the standard.

End-users should see the flags appear for insertion like any other flag emoji on the emoji keyboard, without any of these codes appearing.

Above: WhatsApp includes these flags already, but using a non-standard implementation which does not work on other platforms.

Northern Ireland has no official flag. As such, it was not included in the proposal for emoji flags of England, Scotland, and Wales. 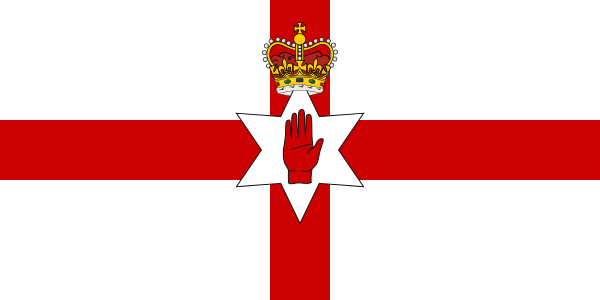 Above: The Ulster Banner was the flag of Northern Ireland from 1924–1973 and still used for some sporting teams.

While a sequence for Northern Ireland could be documented by Unicode, the lack of a consistent flag to use would likely leave vendors omitting this.

If Northern Ireland were to resolve the flags issue, this may help the case for documenting it within the Unicode standard.

Thousands of new flags are now technically possible — but only for valid Unicode subdivisions.

Unicode provides a list of states, provinces, cantons, and other subdivisions[3] which are now eligible for flag support for the first time.

These subdivisions include locations such as Texas (USA), Normandy (France), and Catalonia (Spain).

Above: Examples of flags which are valid under the latest Unicode Emoji 5.0 release.

To claim full Emoji 5.0 support, vendors would need to include all documented emoji flags (At the time of writing, this is the existing country flags + England, Scotland, Wales).

The much larger list of subdivisions is a point of reference for other flags that are now possible.

These make up the vast majority of demand of flags that don't currently have an emoji representation.

It's possible that future Unicode releases will add other emoji subdivision flags, if sufficient demand is shown, and a willingness from vendors to support them.

A release date has not yet been announced for Emoji 5.0, though it is expected within the first half of this year.

In practice, this means users are likely to see support for these flags on iOS and Android[4] devices in the second half of 2017.