A proposal for emoji flags of England, Scotland and Wales has been submitted to the Unicode Consortium in anticipation of the next Unicode Technical Committee meeting in August 2016.

I co-authored this proposal with Owen Williams, which seeks to address the issue that a 🇬🇧 United Kingdom Flag is available as an emoji, but not the flags of England, Scotland or Wales individually[1].

The lack of these three flags is a particular issue at international events, where these three countries are displayed alongside other country flags, which leads to weird situations like this: 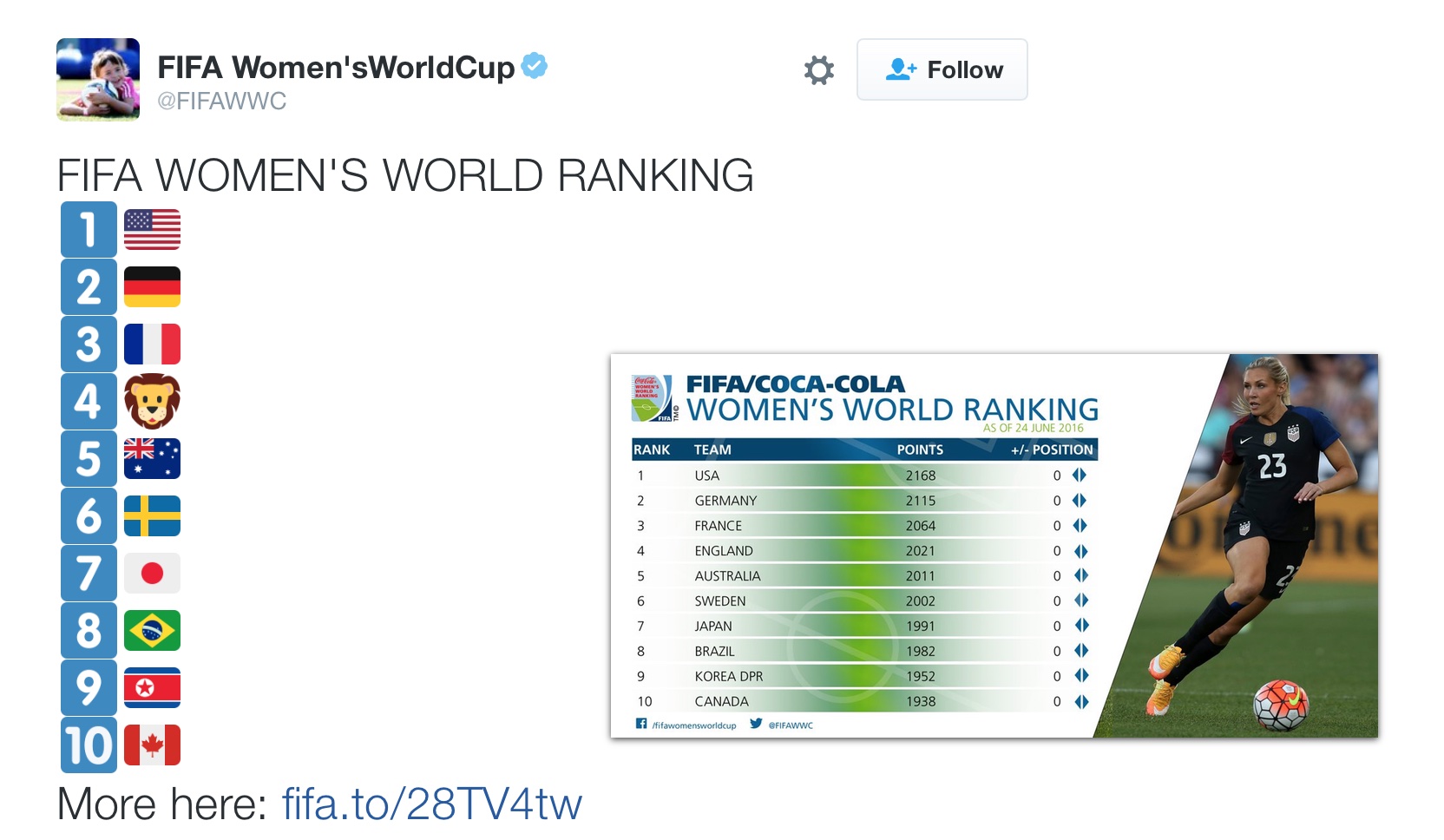 Above: FIFA Women's World Cup using a 🦁 Lion Face emoji to make up for the lack of English Flag emoji.

Current emoji flags are represented by region codes in Unicode, which are based on the ISO 3166-1 standard.

Under this standard, England, Scotland and Wales are all listed as subdivisions of the United Kingdom.

Unicode looked at a method of supporting ISO 3166 subdivisions in the currently-suspended subregion flag support section of Technical Report #52.

Resuming work on this technical report would be one way that these flags could be implemented.

As with all existing emojis, individual vendors can choose which flags (or emojis in general) they wish to support[2].

This proposal is now available in the Unicode document register, and should be discussed at the next Unicode Technical Committee meeting in August 2016.

If approved, it's possible these flags will be supported alongside Unicode 10.0 in mid-2017.