As we approach Thanksgiving in the United States, various emojis experience a considerable holiday-based jump in use. This is especially true of those emojis that can be associated with the traditionally sizable Thanksgiving dinner.

These of course include 🦃 Turkey and 🥧 Pie emojis. We are also able to see some movement within specific emojis associated with shopping due to Black Friday. 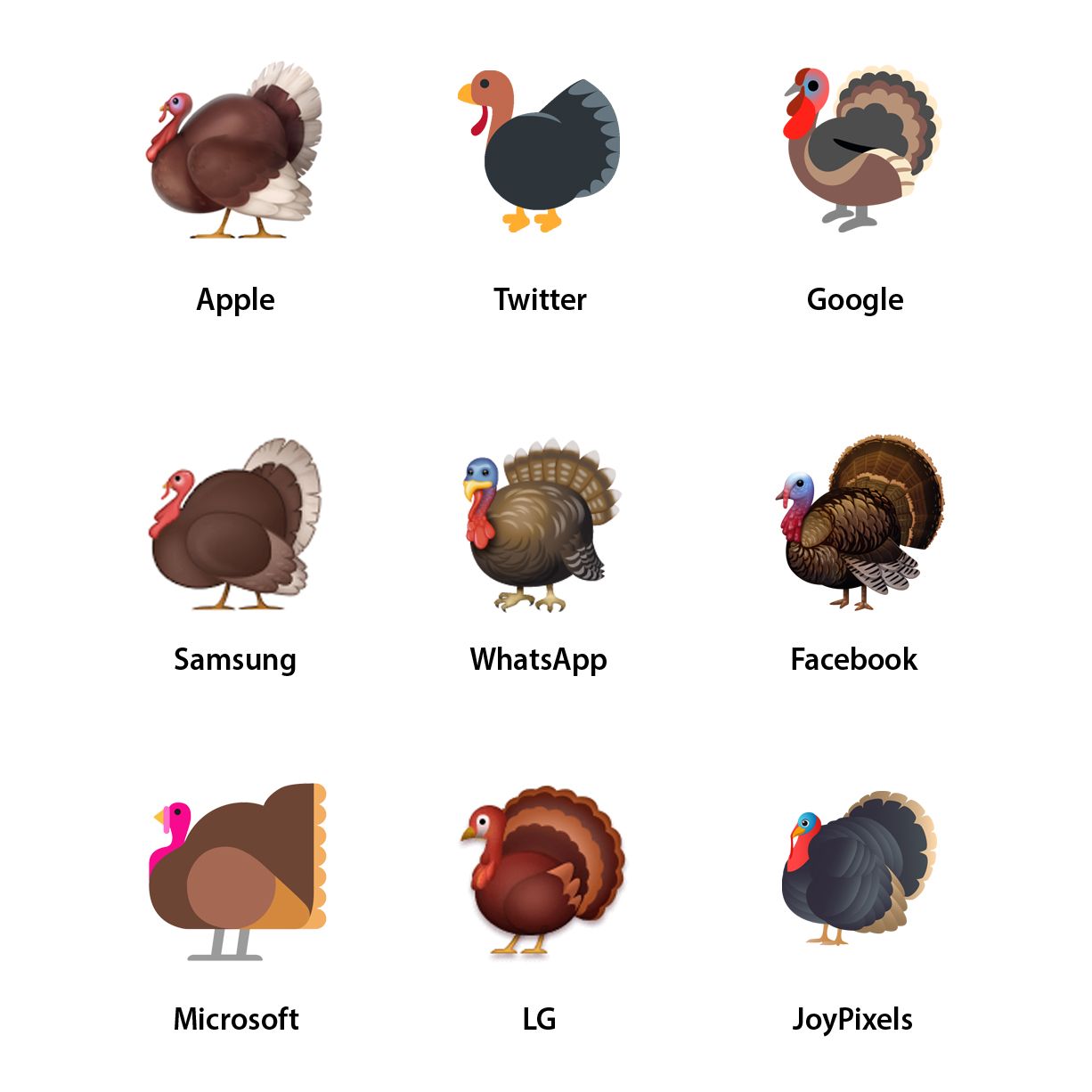 Above: the 🦃 Turkey emoji as it appears across various platforms.

Ahead of Thanksgiving, we can already see the 🦃 Turkey emoji experiencing a considerable jump in usage.

While we can see a slight uptick in usage in October, when Canadian Thanksgiving takes place, it isn't until November that the 🦃 Turkey emoji truly begins to reach its peak.

This is a trend that's been the case for quite a number of years.

Alongside 🦃 Turkey, the 🥧 Pie also experiences its peak in November due to its association with pumpkin pie, a traditional Thanksgiving dish.[1] 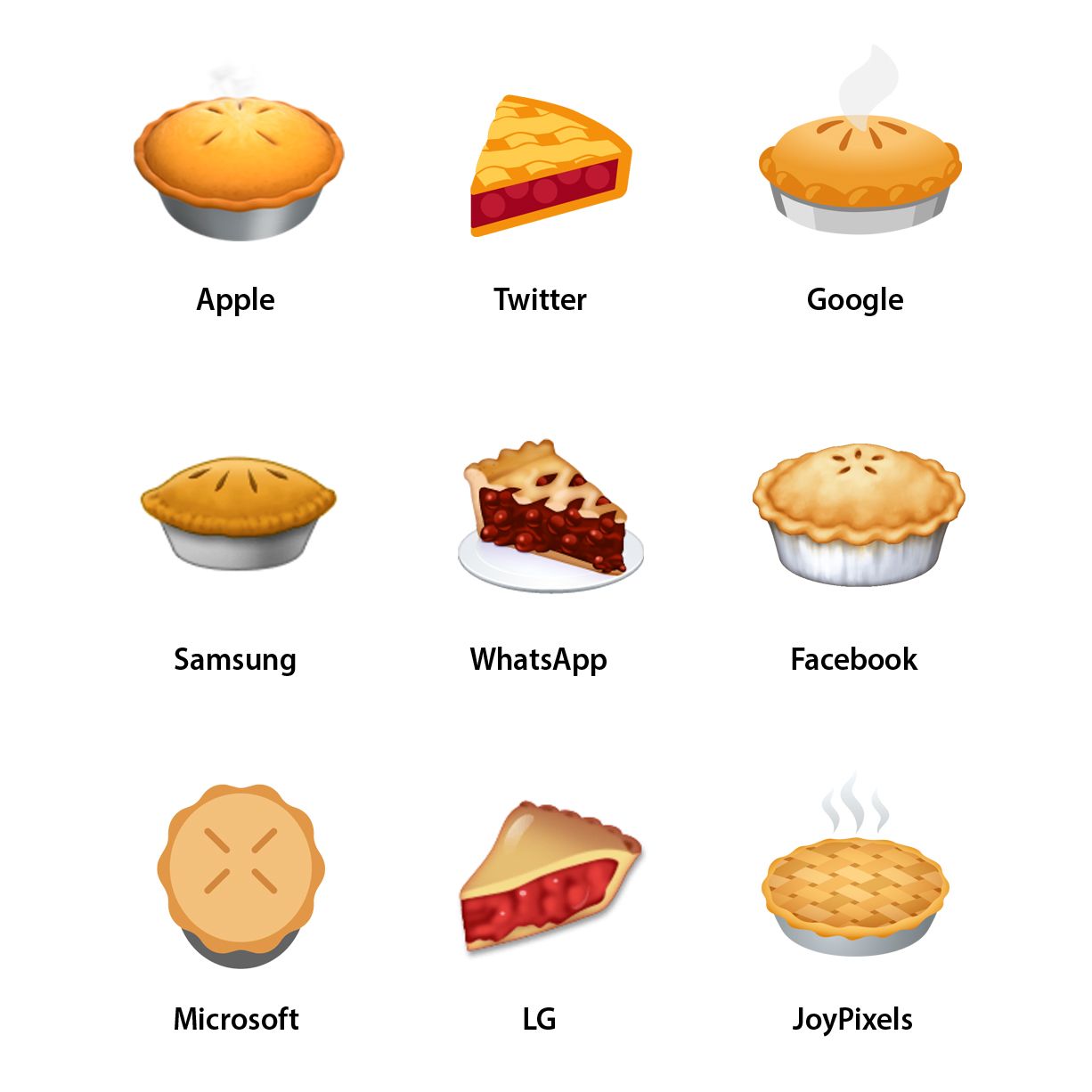 Above: the 🥧 Pie emoji as it appears across various platforms.

In fact, a previous Google design for the 🥧 Pie emoji explicitly displayed a pumpkin pie with a large dollop of cream, though this was changed in Android 12 earlier this year. 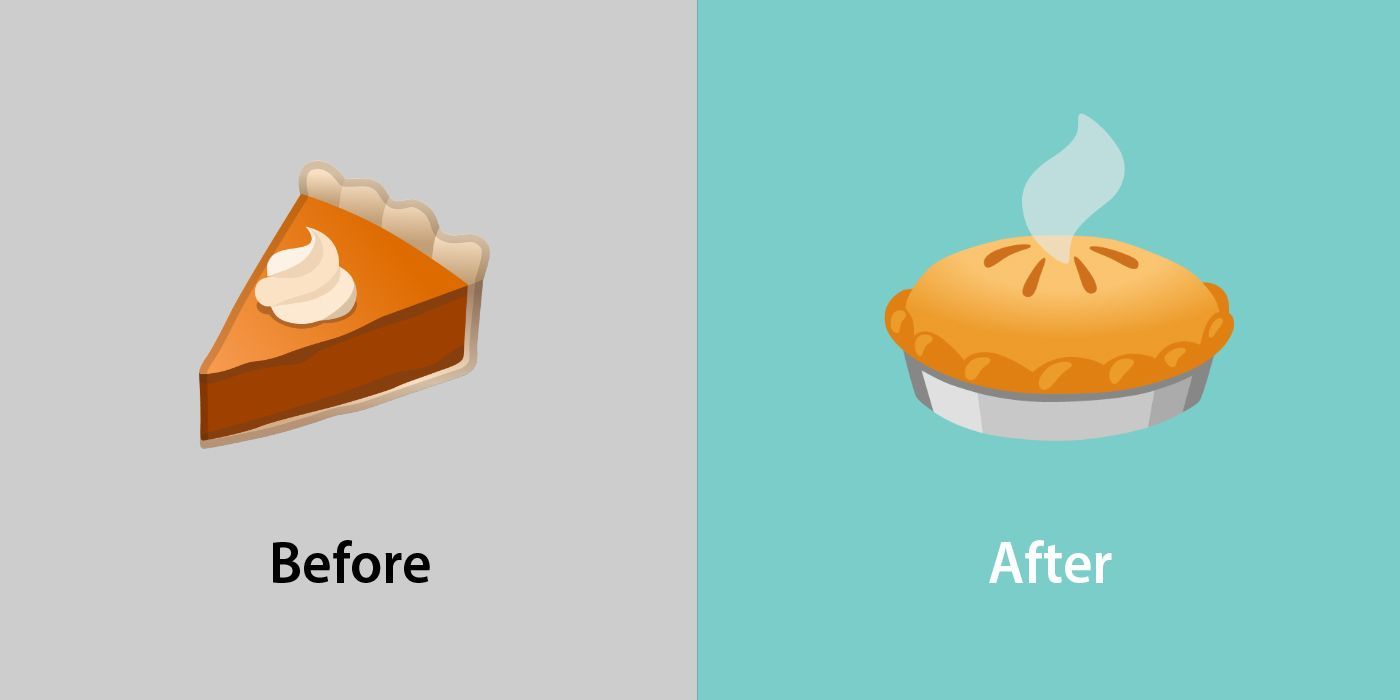 Above: a comparison of Google's 🥧 Pie design between Android 11 and Android 12.

Another food-based emoji associated with Thanksgiving is the 🍗 Poultry Leg emoji. 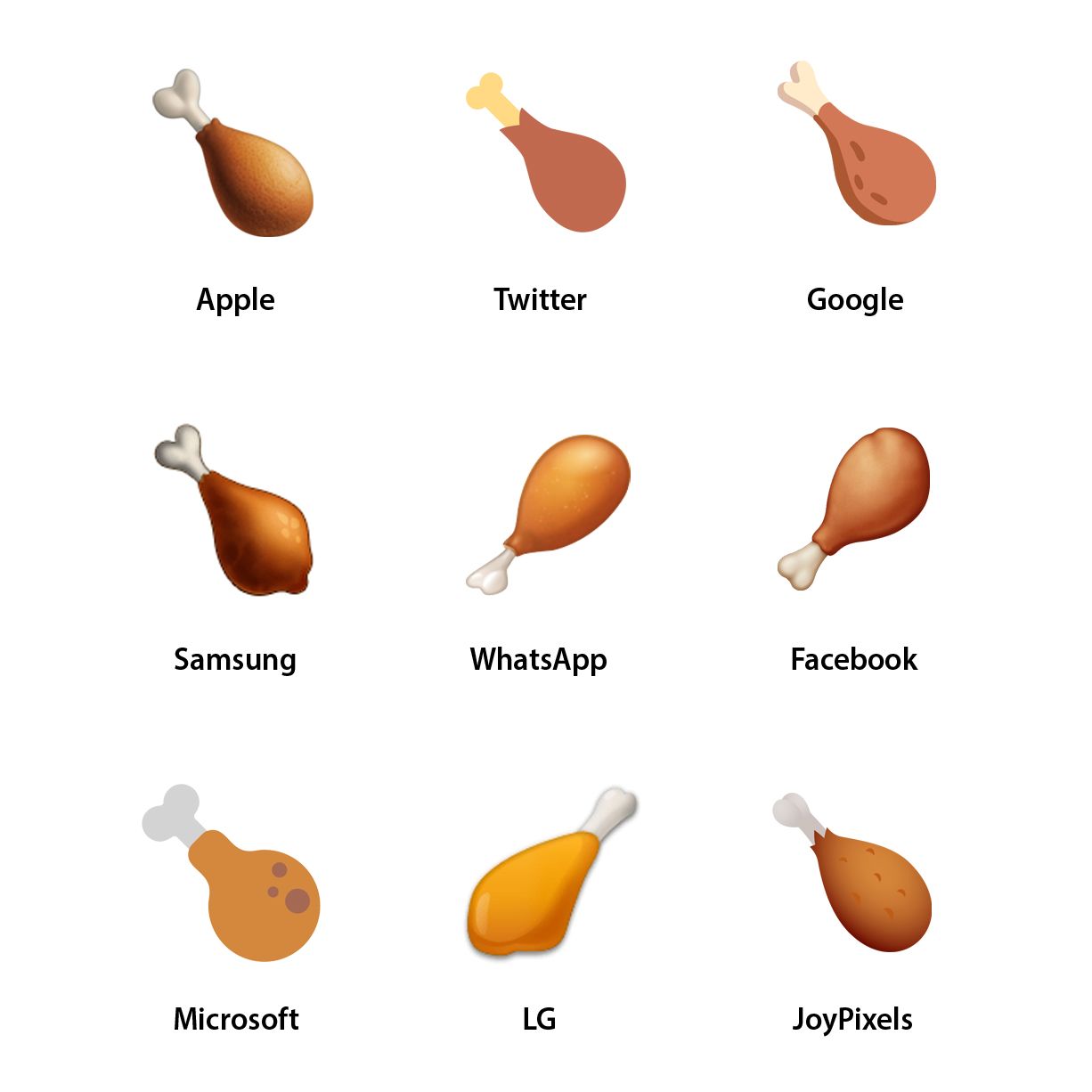 Above: the 🍗 Poultry Leg as it appears across various platforms.

However, unlike the 🦃 Turkey emoji the 🍗 Poultry Leg has also historically experienced significant spikes in use during December due to its association with Christmas dinner as well as the traditional Thanksgiving feast.

This also indicates that the 🦃 Turkey emoji may be used more frequently to discuss the annual National Thanksgiving Turkey Presentation, including the ceremonial "pardon" to a turkey by the president of the United States.

The 🦃 Turkey, 🥧 Pie, and 🍗 Poultry Leg are just three emojis amongst many that can be associated with Thanksgiving. Here's what we suggest on our Thanksgiving emoji list:

Additionally, here's what we suggest on our Black Friday emoji list, should you be interested in snagging a bargain on perhaps a new 📺 Television, 💻 Laptop, 📱 Mobile Phone or any other consumer good ahead of Christmas.