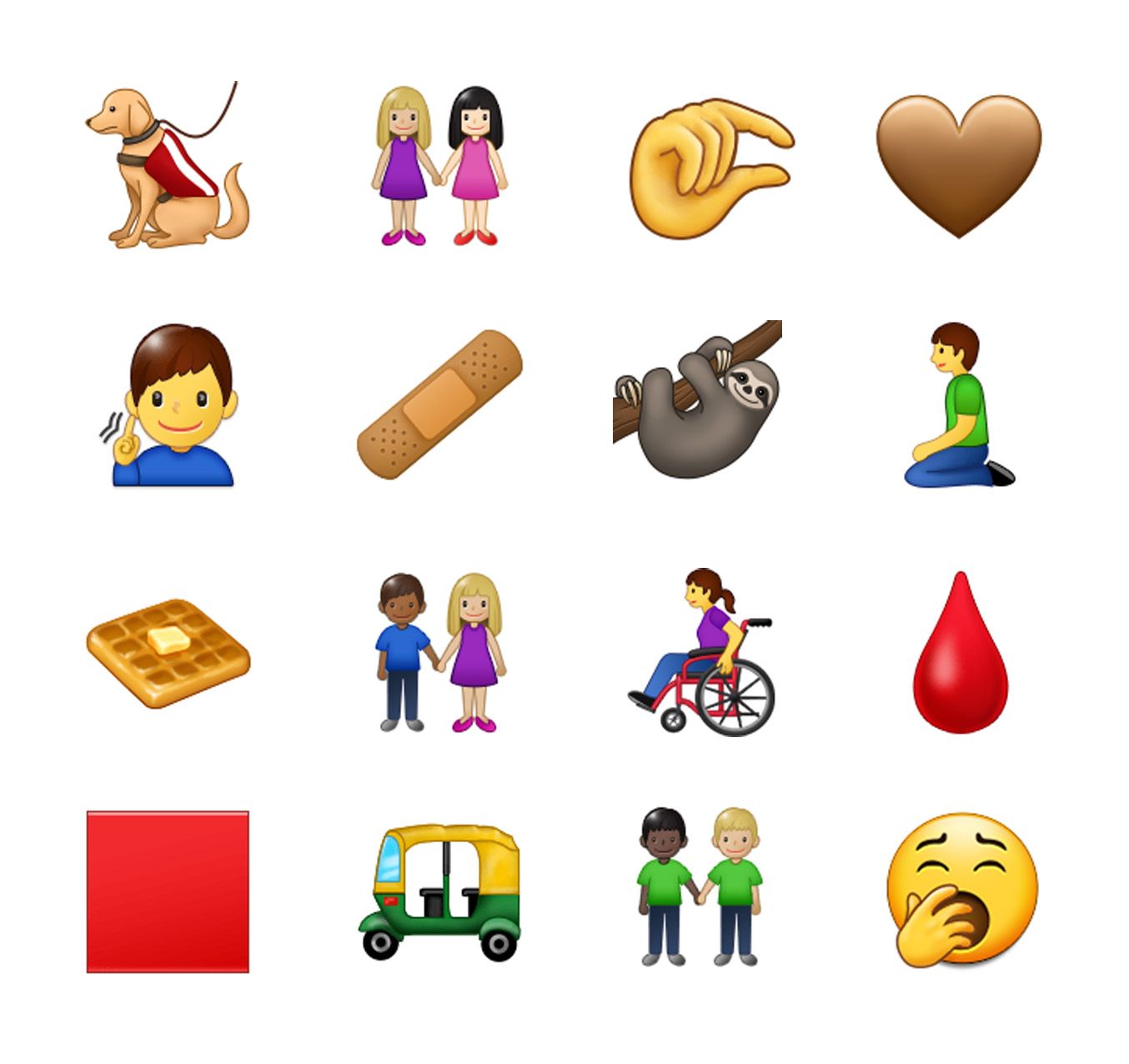 A selection of the new emoji designs featured in Samsung One UI 1.5.

A total of 215 new emojis have been introduced in Samsung One UI 1.5, a new software update featured on the Galaxy Note 10[1]. Other eligible Samsung devices are expected to be offered a Samsung One UI 1.5 update over the coming weeks and months. Each of the new emojis originate from Unicode's recent Emoji 12.0 release[2].

Samsung One UI 1.5, shows most new emojis on the emoji keyboard, with a few exceptions this time around.

While accessing new emojis on the emoji keyboard might be considered a standard feature, this cannot be taken for granted on Samsung devices: last year's Samsung Experience 9.5 introduced support for new emojis but didn't include any way to input them on the default emoji keyboard. 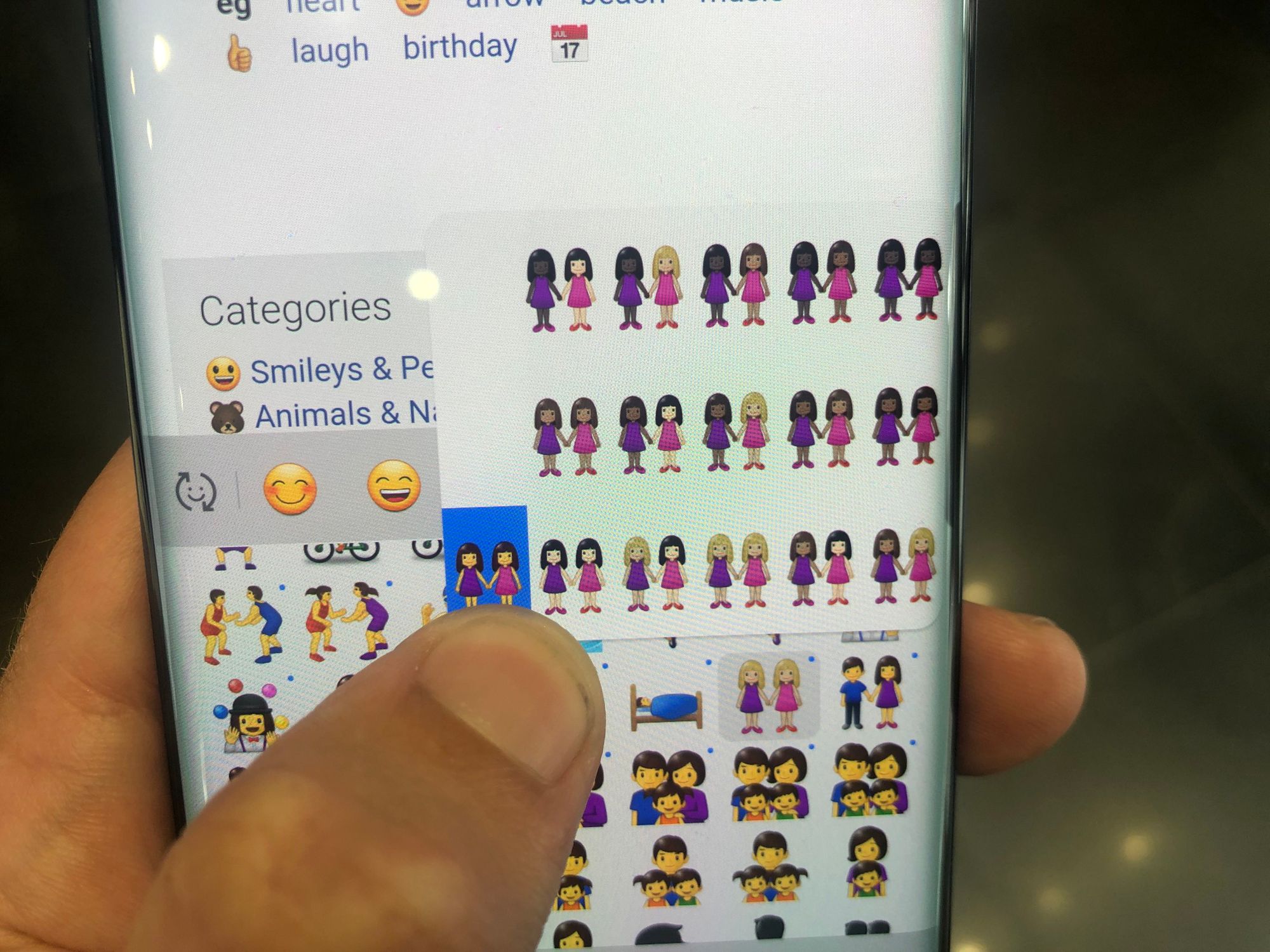 As noted in previous changelogs, while Emoji 12.0 features new emojis across all categories, there are three major themes within this emoji update: people holding hands with various skin tone options, an expanded selection of colorful shapes (including hearts), and an expanded suite of accessibility options.

A number of new emojis are displayed with a gender-neutral appearance when no gender is defined.[3] 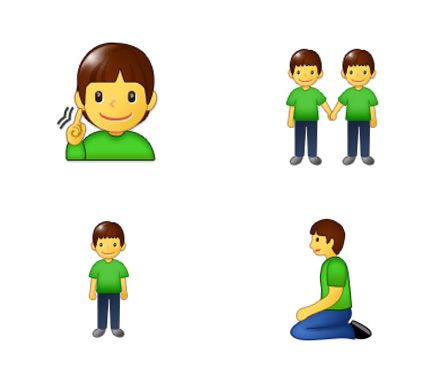 The new 🧏 Deaf Person emoji has a unique design instead of emulating the either 🧏‍♂️ Deaf Man or 🧏‍♀️ Deaf Woman[4].

Despite the introduction of some new gender neutral designs (and Google's impending redesigns of non-gender-specifying emojis) Samsung One UI 1.5 continues to display previously implemented people as a gender-specific equivalent. 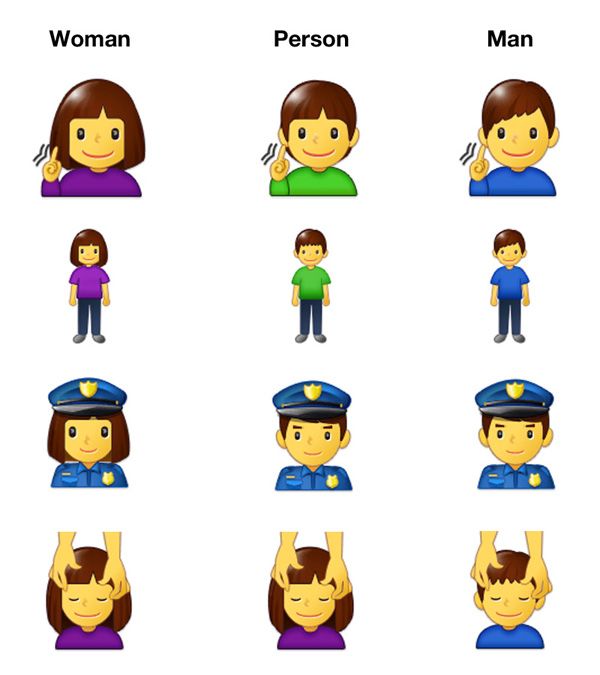 Above: the 👩 Woman, gender-neutral and 👨 Man versions of 🧏 Deaf Person, 🧍 Person Standing, 👮 Police Officer, and 💆 Person Getting Massage as they appear in Samsung One UI 1.5.

71 new emojis in Samsung One UI 1.5 show two people holding hands, most of which involved the use of two different skin tone modifiers.[2:1] 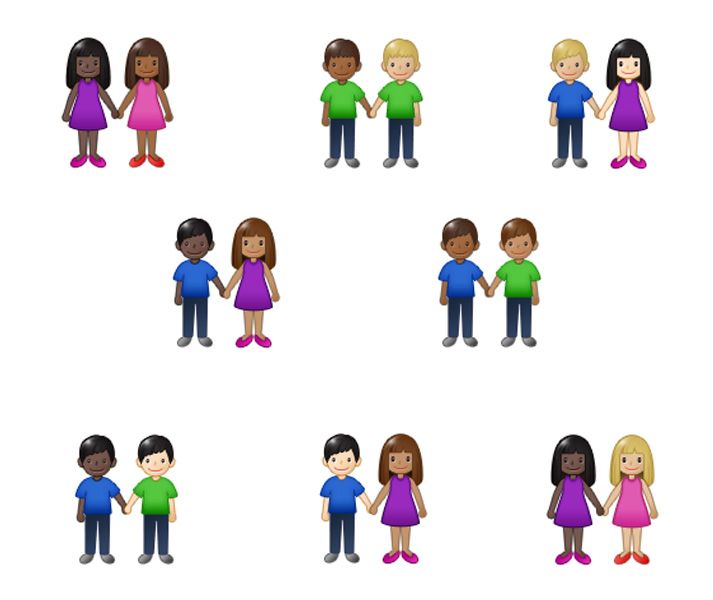 There are 14 new shape emojis introduced in Samsung One UI 1.5, meaning that emoji hearts, circles and squares are now all available on Samsung devices in red, orange, yellow, green, blue, purple, white, black and brown. 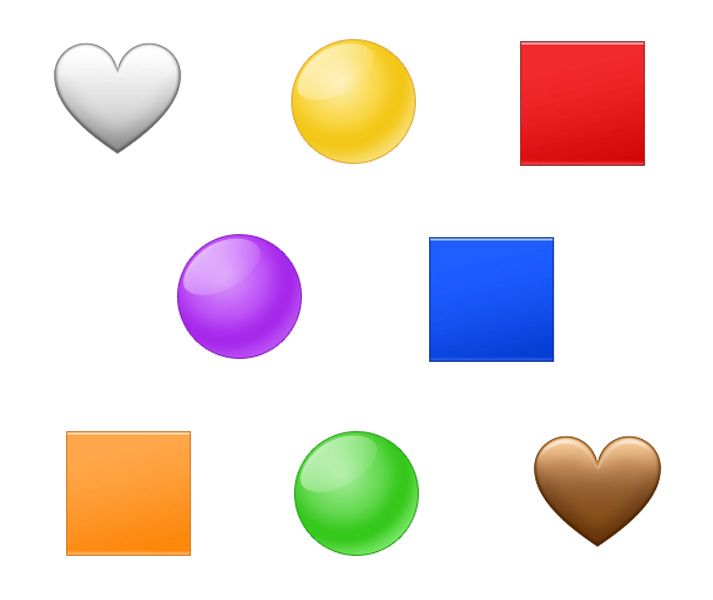 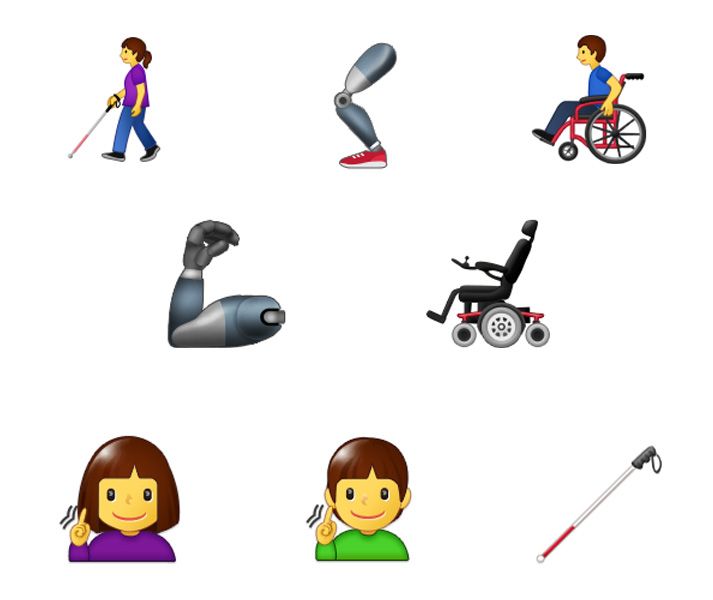 The new accessibility emojis in Samsung One UI 1.5 are as follows:

There are also two accessibility-orientated emojis within the animal category: 🦮 Guide Dog and 🐕‍🦺 Service Dog. They join 🦩 Flamingo and 🦨 Skunk, amongst others. 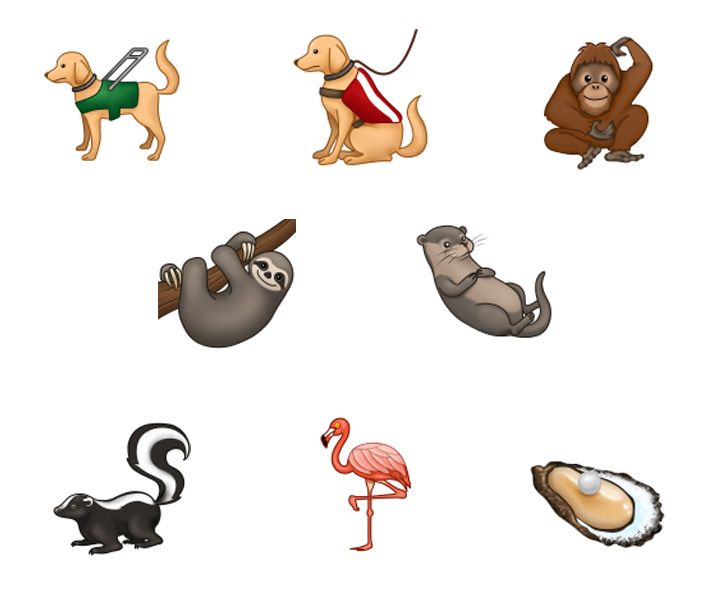 Above: the eight new animal emoji designs as they appear in Samsung One UI 1.5.

The popular food and drink category has also had eight new emojis introduced, such as 🧆 Falafel and 🧊 Ice Cube. 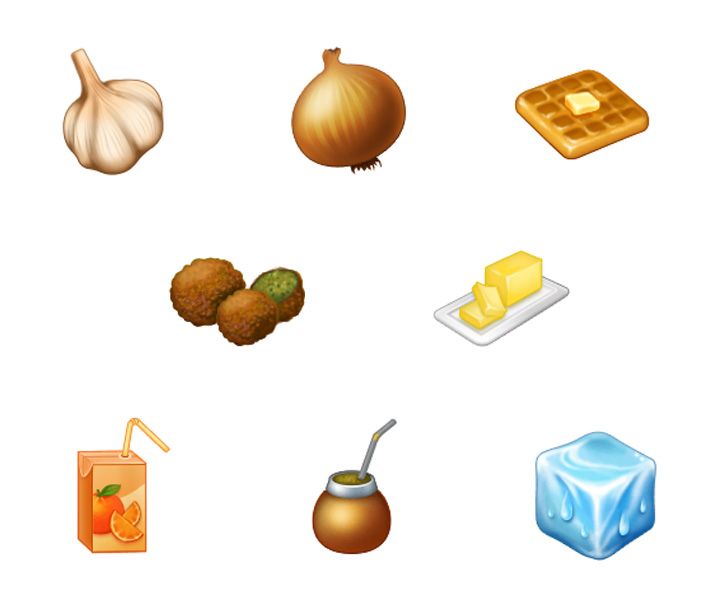 Further new emojis introduced in Samsung One UI 1.5 include 🛕 Hindu Temple, 🪂 Parachute, 🥻 Sari, 🩰 Ballet Shoes, and 🩸 Drop of Blood. The full list of new designs can be viewed here.

A total of 53 previously-released emoji designs have been changed in Samsung One UI 1.5, with several noteworthy changes detailed below.

👯 People With Bunny Ears now displays two women clad in black dresses and bunny ears, as opposed to a single woman wearing white bunny ears. This change brings Samsung's designs of this emoji in line with that of other major vendors, removing an long-standing instance of design fragmentation.[6] 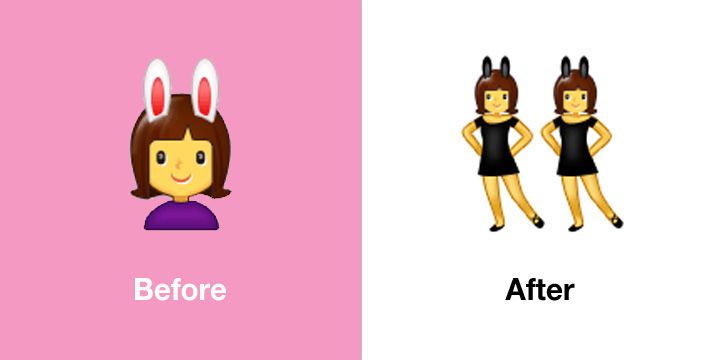 🦍 Gorilla now displays as the full ape instead of just its head.[7] 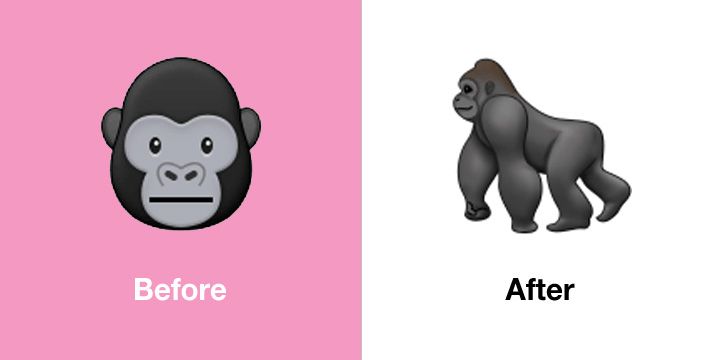 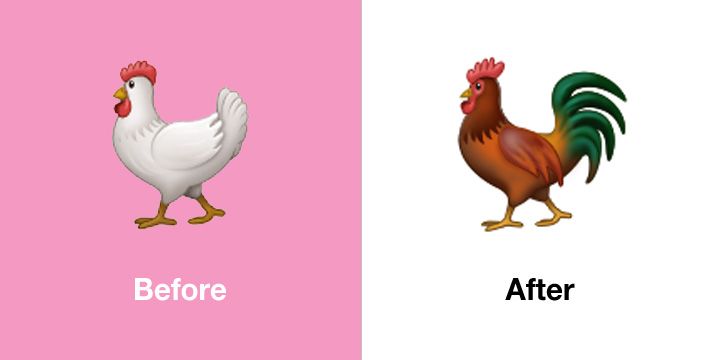 🧴 Lotion Bottle is now cream-colored with a pump dispenser. 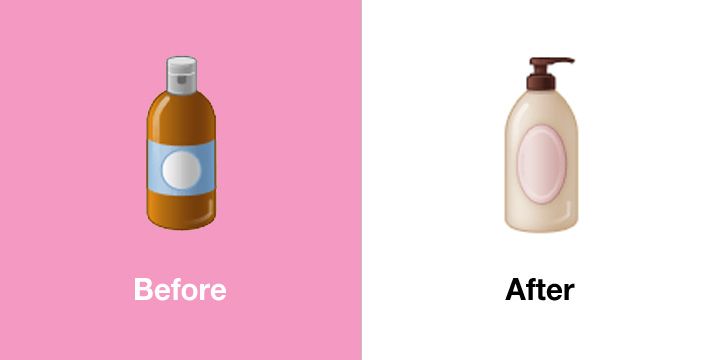 🇨🇷 Flag of Costa Rica had removed the national coat of arms. 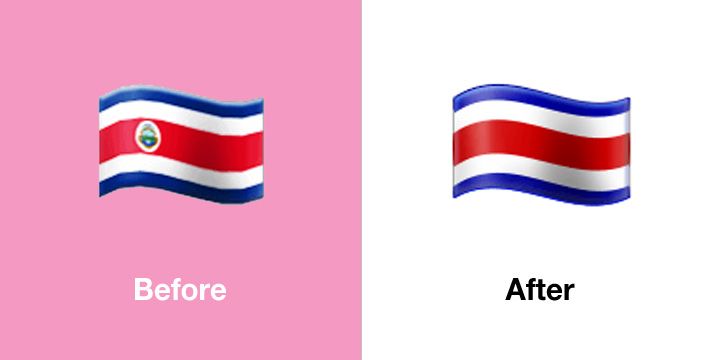 🇳🇵 Flag of Nepal is now its correct double-pennon shape. 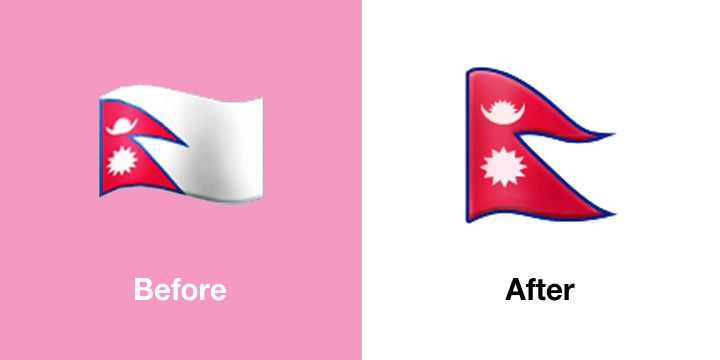 🇵🇪 Flag of Peru now longer features Peru's coat of arms, as per the design of all other major vendors. 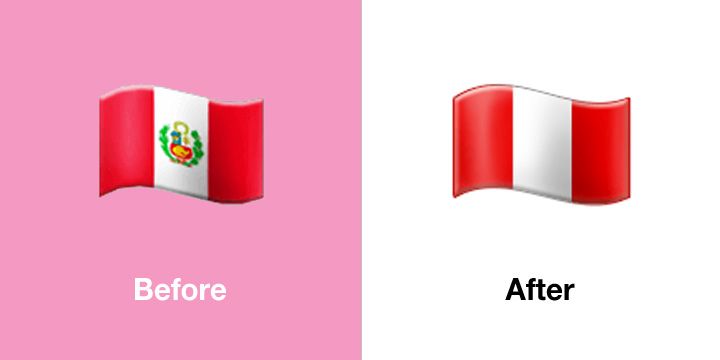 Despite the changes listed above, Samsung emoji update has come without Samsung addressing one of its most persistent but least visible instances of emoji design fragmentation. 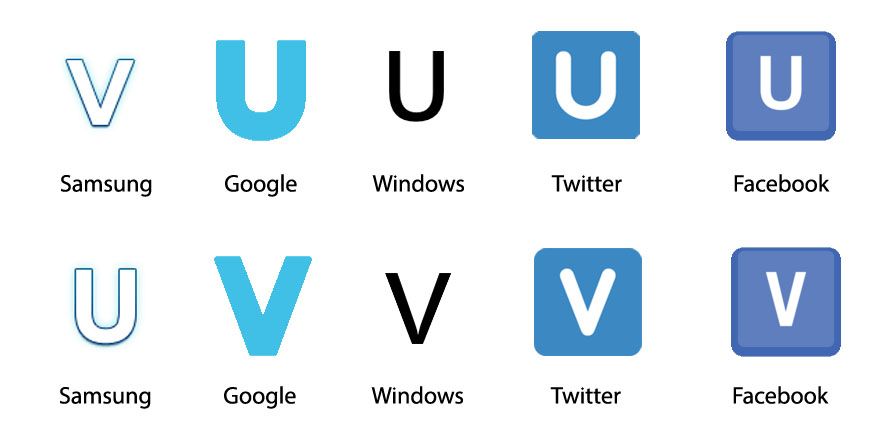 Additionally, the 👁️‍🗨️ Eye in Speech Bubble emoji remains absent in Samsung One UI 1.5, having been removed from Samsung's emoji set in 2018.

The Galaxy Note 10 is the first Samsung device to be shipped with Samsung One UI 1.5 out of the box.