The wait is nearly over for iOS users: bubble tea, a transgender flag, seal, feather and more emojis are included in the latest iOS beta.

iOS 14.2 beta 2 was released to developers today, meaning these new emojis are coming to a public release in the coming weeks.

While Apple previewed a subset of its 2020 emoji updates in July, the majority have not been seen until today.

New in this release

Two emojis not seen from Apple until today include 🥲 Smiling Face with Tear and 🥸 Disguised Face.

This is also the first time Apple's gender variations for people wearing a Tuxedo or Veil have been seen.

Prior releases assigned a man to wear the tuxedo and a woman to wear a veil, but these have been reclassified by Unicode as gender neutral emojis in Emoji 13.0, paving the way for consistent options for women or men to wear either, in addition to the default person design.

Other emojis not shown before by Apple include Mx Claus (a gender-inclusive alternative to Santa Claus or Mrs Claus) and a set of bottle-feeding people.

The bottle feeding options come as an addition to the 🤱 Breast-Feeding emoji which was added to iOS in 2017. More about this emoji from Emojipedia Lexicographer Jane Solomon.

As with previous releases, Apple continues to use a hyper-realistic emoji design which sets it apart - for better or worse - from many other vendors using more cartoon-like styling.

One of the additions that may be a little hard to see at first glance is the emoji for People Hugging.

This is intended to show a hug without getting into the variations required for gender or skin tone, and on iOS 14.2 uses the same style as Apple's existing 👥 Busts in Silhouette.

Not in this update

In a case of awkward timing, the Unicode Consortium last week announced Emoji version 13.1; a new update intended to fill a gap due to the delay of Unicode 14.0.

Those new emojis approved last week won't be part of this year's iOS update, and will come to iOS at some stage in 2021. Possibly around this time, or sooner.

iOS 14.2 is in beta now, for developer testing. It's likely that this will come to a public release during October 2020. These new emojis are also included in the latest macOS Big Sur beta releases, and coming to macOS 11 Big Sur in October 2020.

Browse every emoji that is coming to iOS 14.2.

As with all beta releases, designs are subject to change prior to the final release. 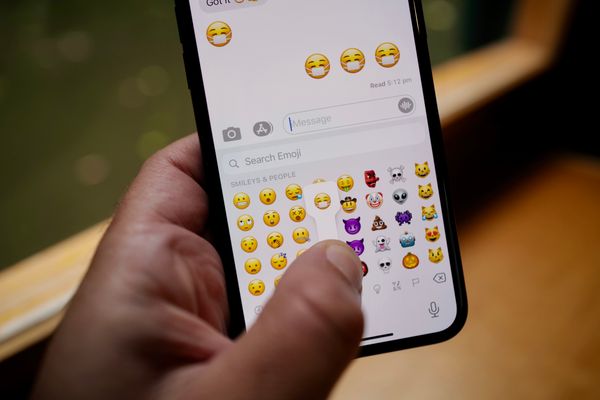 Long used as an emoji to imply sickness, the mask-wearing emoji saw a revival in 2020 as one of the most popular emojis used in tweets about Coronavirus. But why does it have 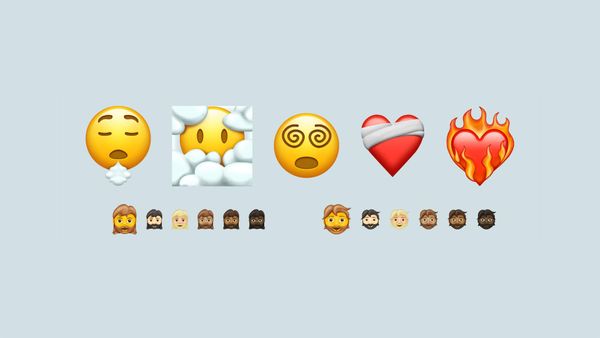 217 new emojis have been approved and will come to devices throughout 2021. Additions include a heart on fire, face in the clouds, a woman with a beard, and new mixed skin tone