First seen in July of this year, Facebook's latest emoji update is now available for a majority of users across the globe. The update includes over 200 brand new emojis, such as the Face with Spiral Eyes and 2021's Most Popular New Emoji, the Heart on Fire. 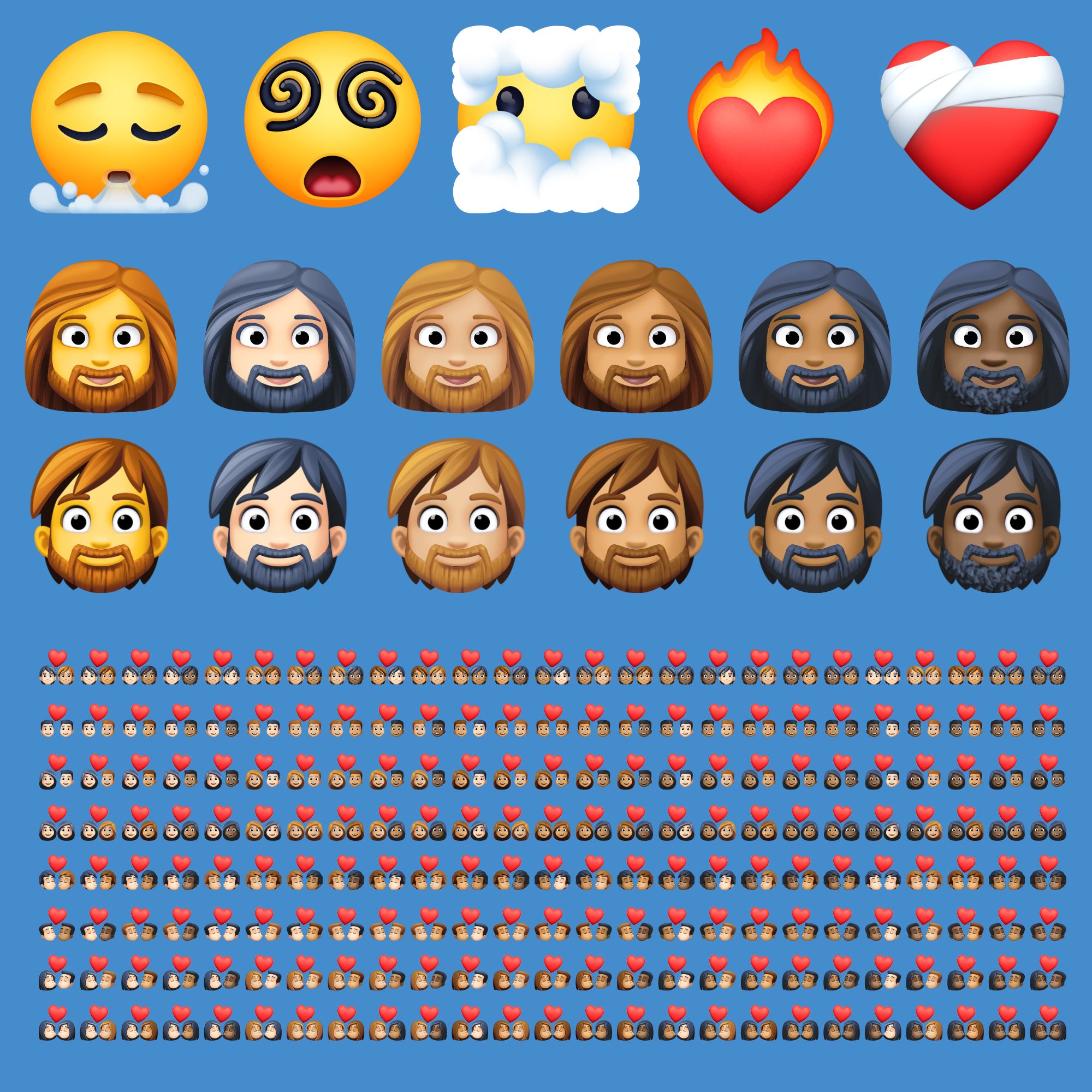 All of the new emojis found within this 2021 emoji update are drawn from late 2020's Emoji 13.1 recommendations. 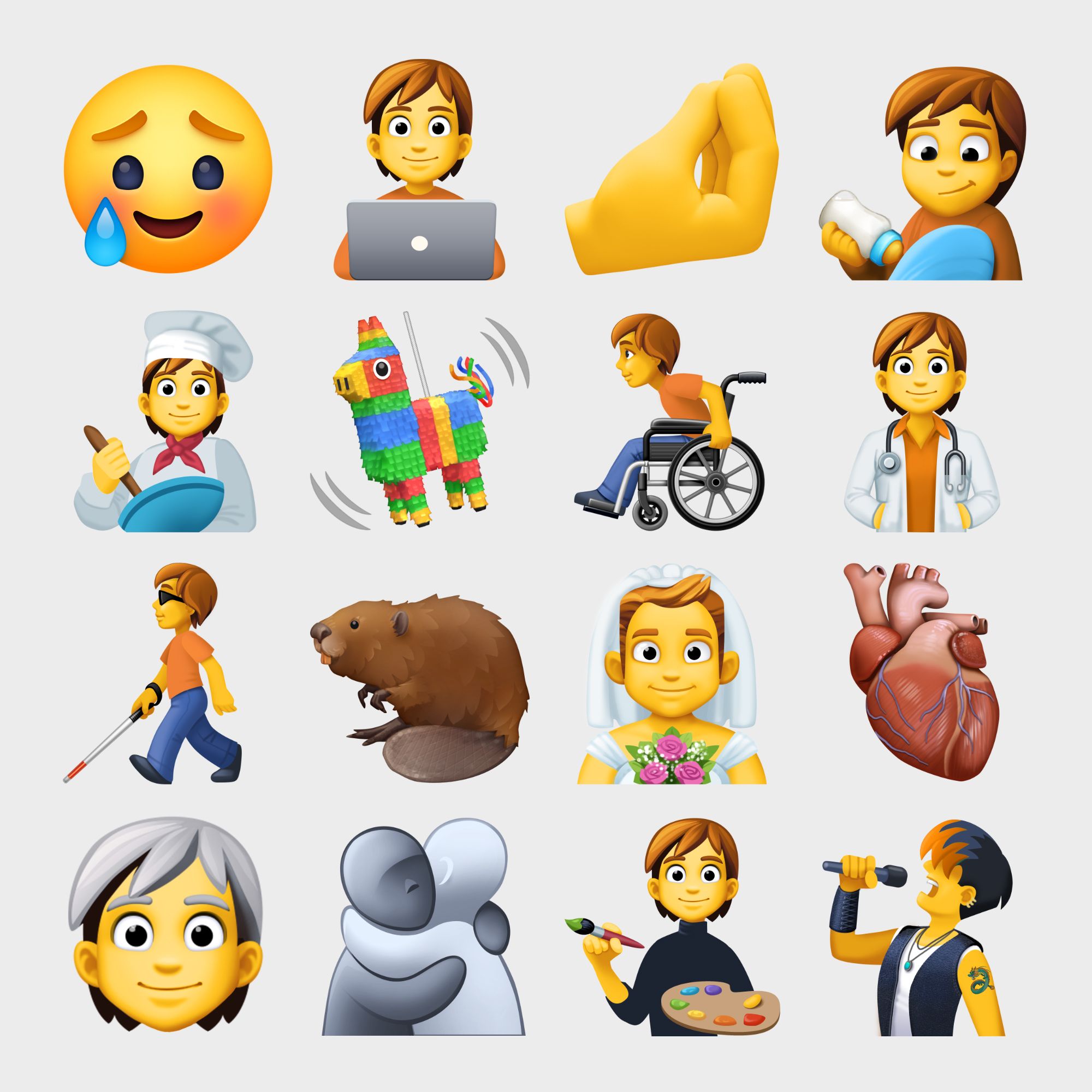 Above: a selection of emoji designs from 2020's Facebook emoji update.

You can see all the new emojis that were introduced in Facebook's 2020 emoji update here. 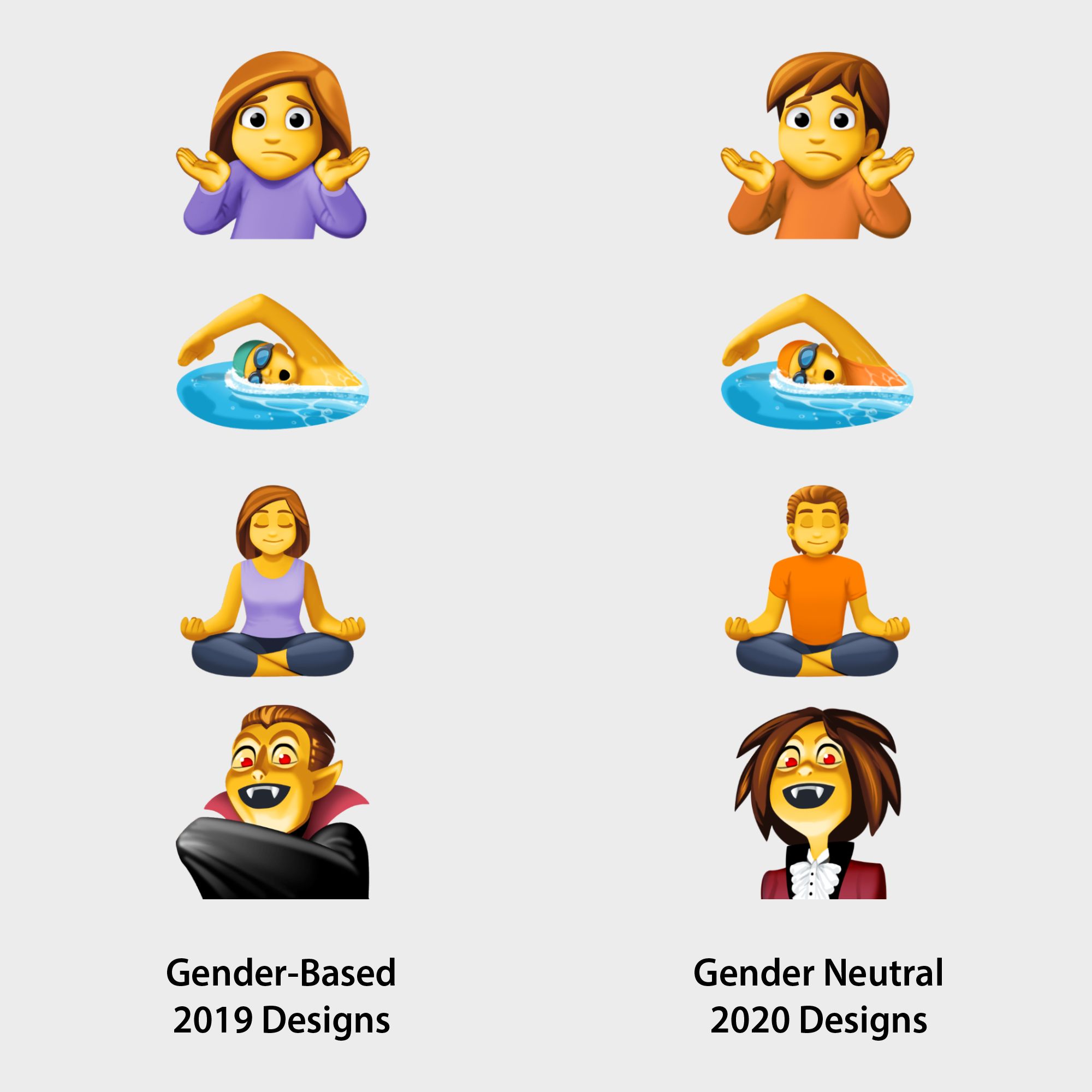 Above: a selection of the revised gender-oriented emoji designs from last year's Facebook emoji update.

You can see all the changed emojis in Facebook's 2020 emoji update here. 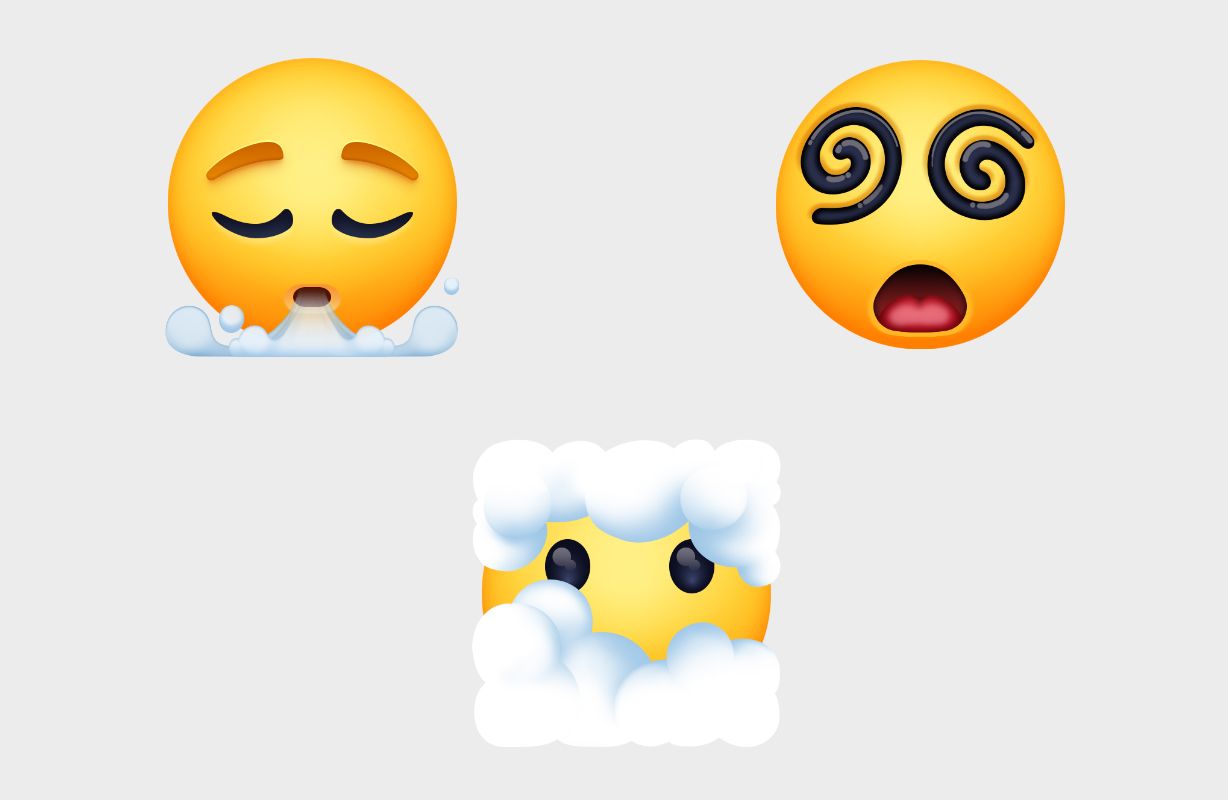 If you remember a face with spiral eyes within Facebook's emoji prior to this, you're not imagining things.

Prior to their 2019 update, Facebook's 😵 Dizzy Face emoji displayed with the spiral eyes now worn by 😵‍💫 Face with Spiral Eyes. 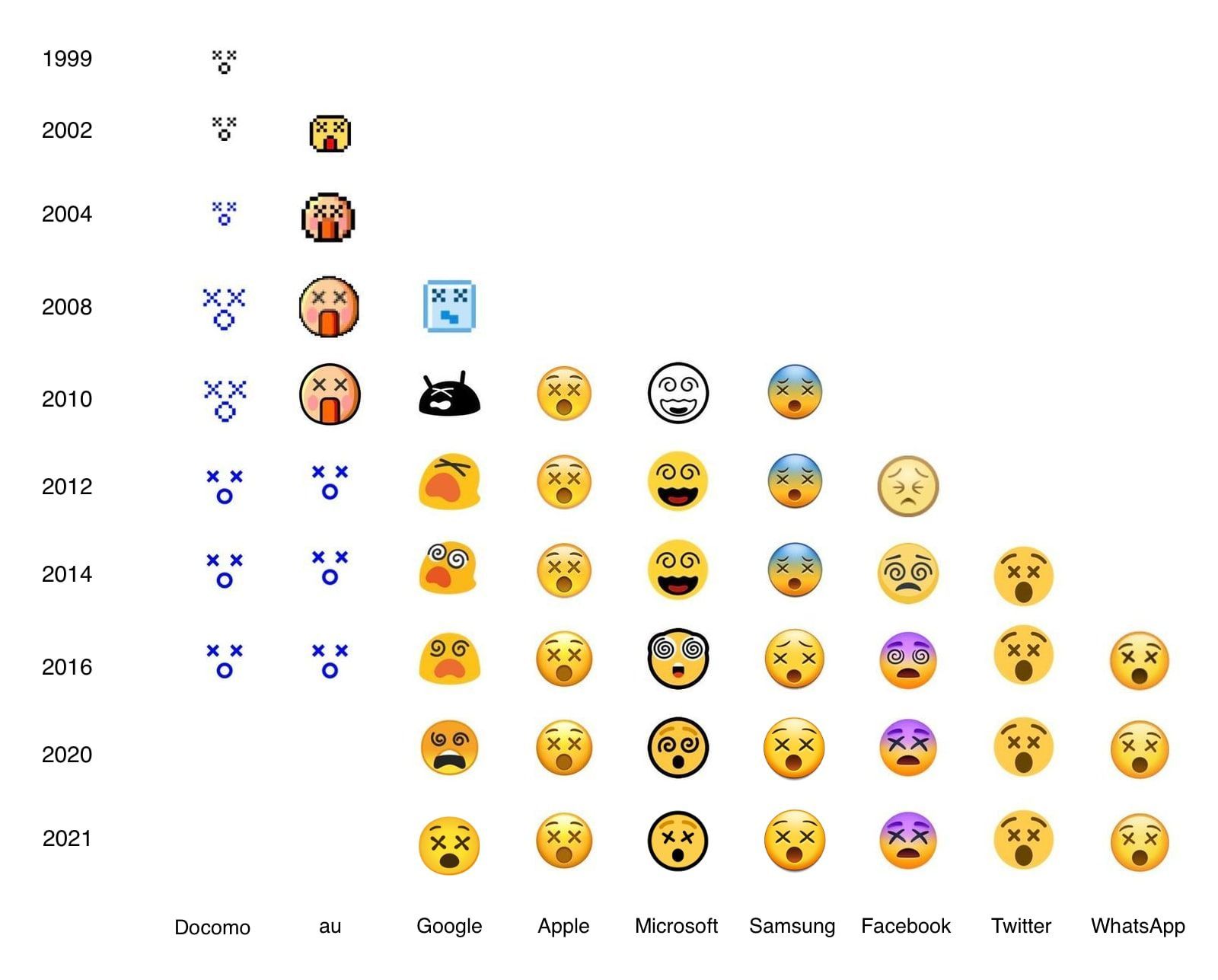 Above: as of early 2021 😵 Dizzy Face is now universally shown with X eyes, making way for 😵‍💫 Face with Spiral Eyes.

The change to displaying X eyes on 😵 Dizzy Face brought Facebook's design in line with most other vendors and allowed for the creation of the dedicated 😵‍💫 Face with Spiral Eyes released in this update. 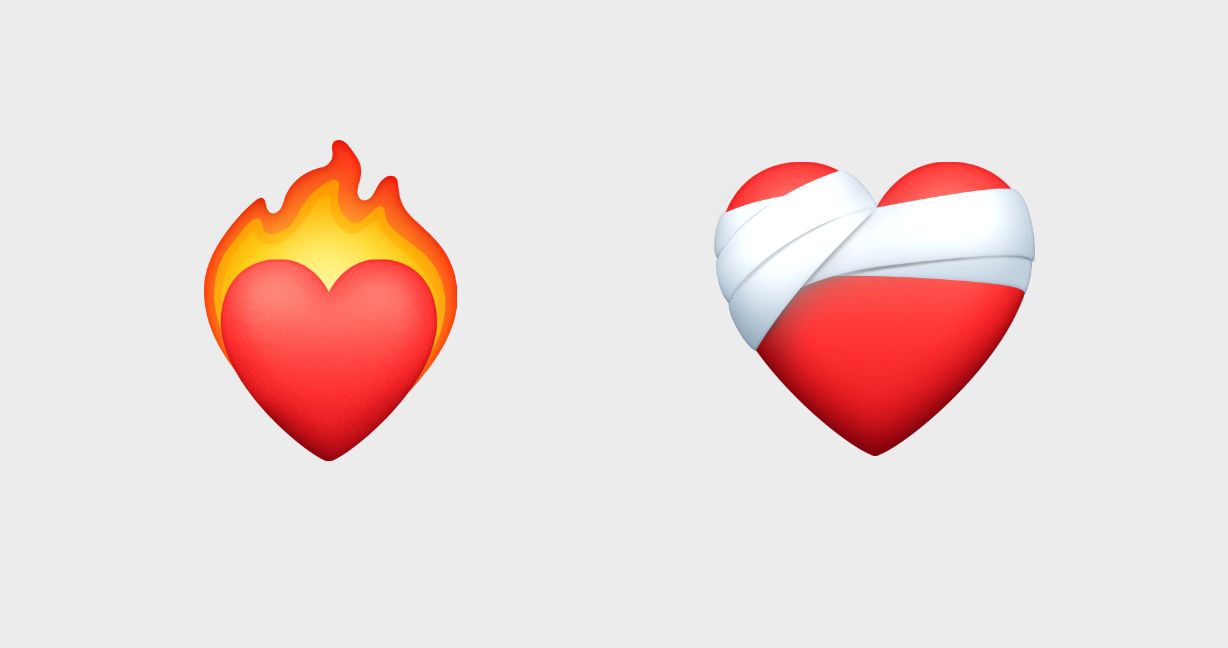 As mentioned previously, the ❤️‍🔥 Heart on Fire was found to be the most popular new emoji recommended in 2020 as part of the 2021 World Emoji Awards.

In this update, Facebook also introduced the 🧔‍♀️ Woman: Beard emoji. Due to the way these emojis are implemented, this means that there is a new gender-specific 🧔‍♂️ Man: Beard emoji, which looks the same as the (now-renamed and redesigned) 🧔 Person: Beard emoji. 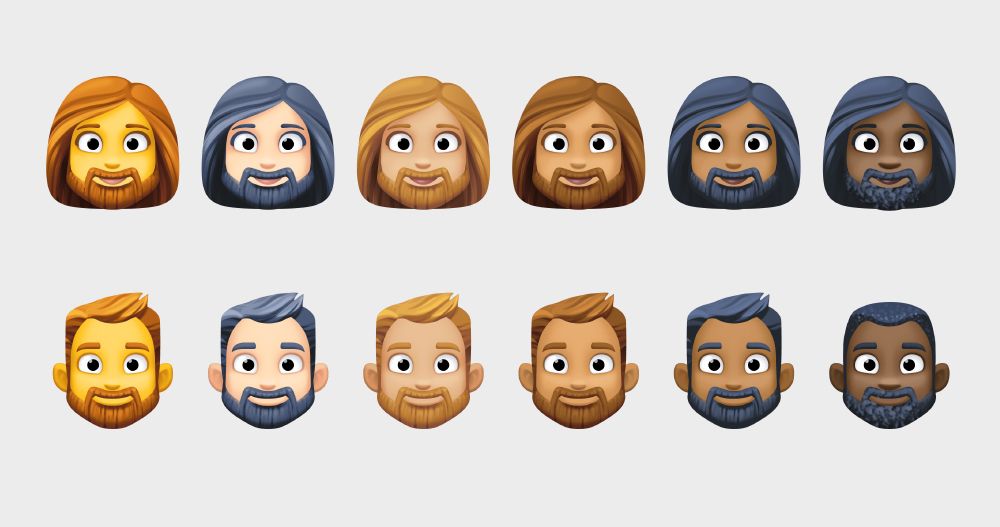 The remaining brand new emojis in this update[2] consist of skin tone variations of the 💑 Couple with Heart and 💏 Kiss emojis. 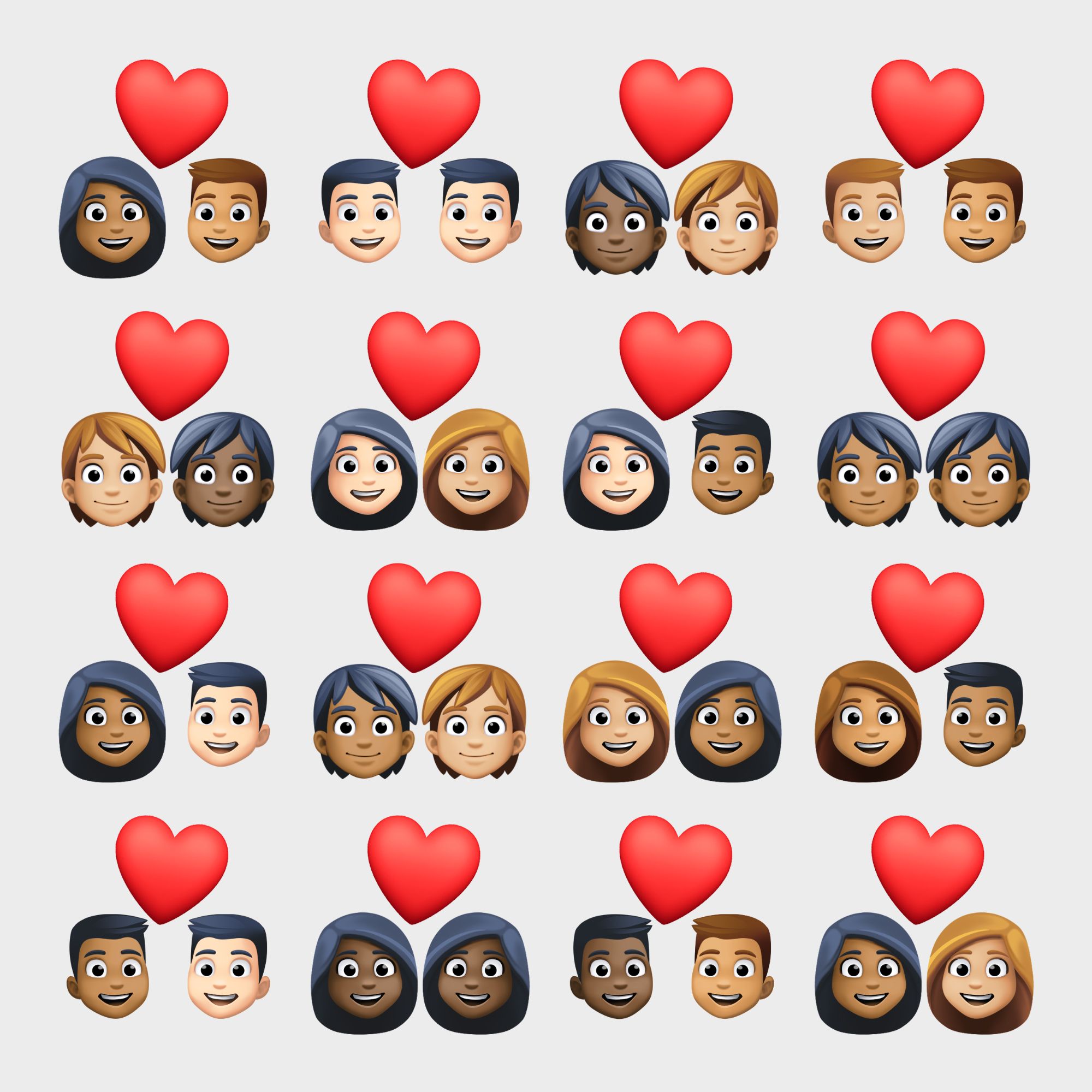 Above: Facebook's 💑 Couple with Heart variants now comes with a choice of skin tones for either person. 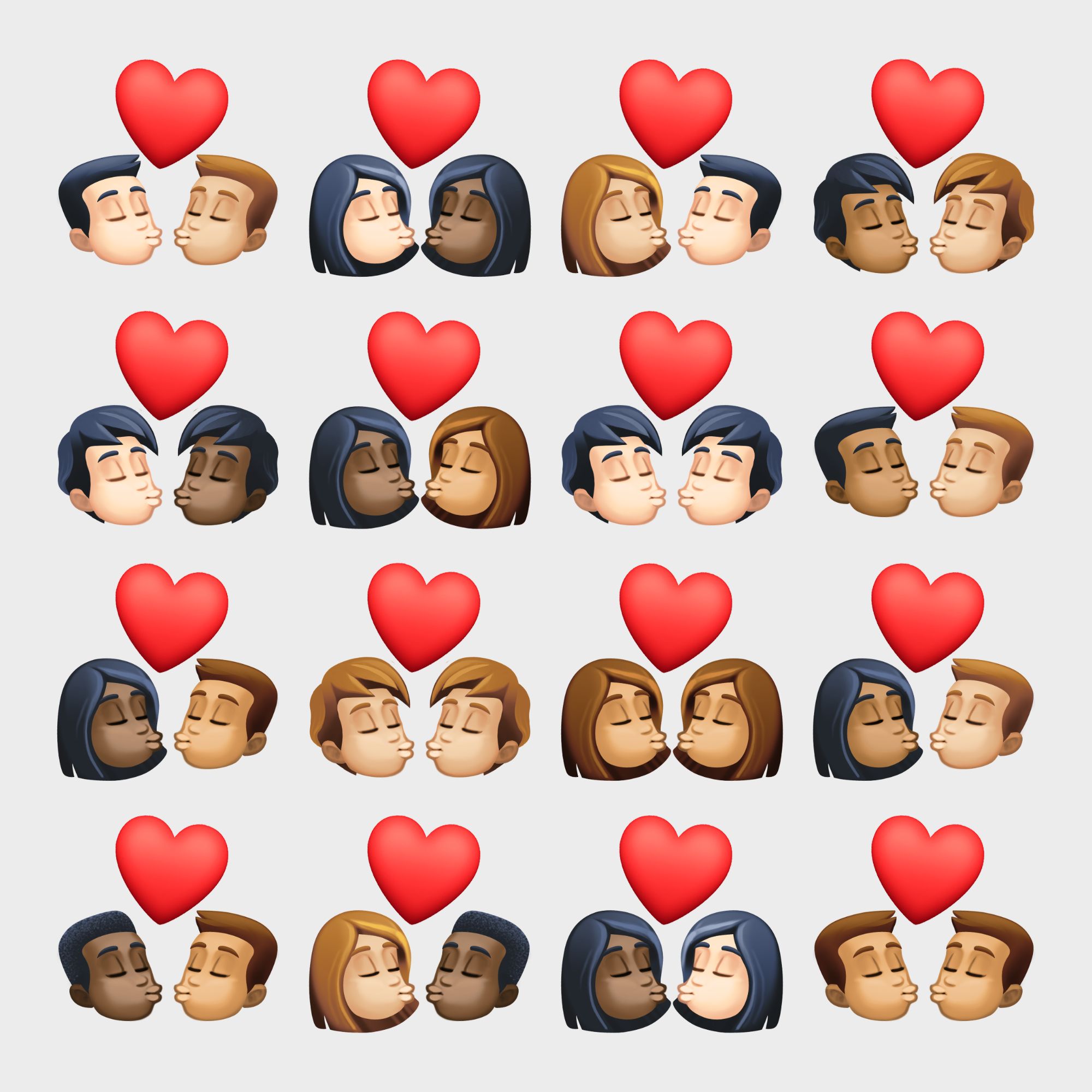 Above: Facebook's 💏 Kiss variants now comes with a choice of skin tones for either person.

Below are highlights of emoji design changes across both Facebook's 2020 and 2021 emoji updates, excluding the various gender neutral design changes discussed earlier.

🧔 Person: Beard now has a gender-inclusive appearance, in keeping with changes to other emojis which don't specify a gender. 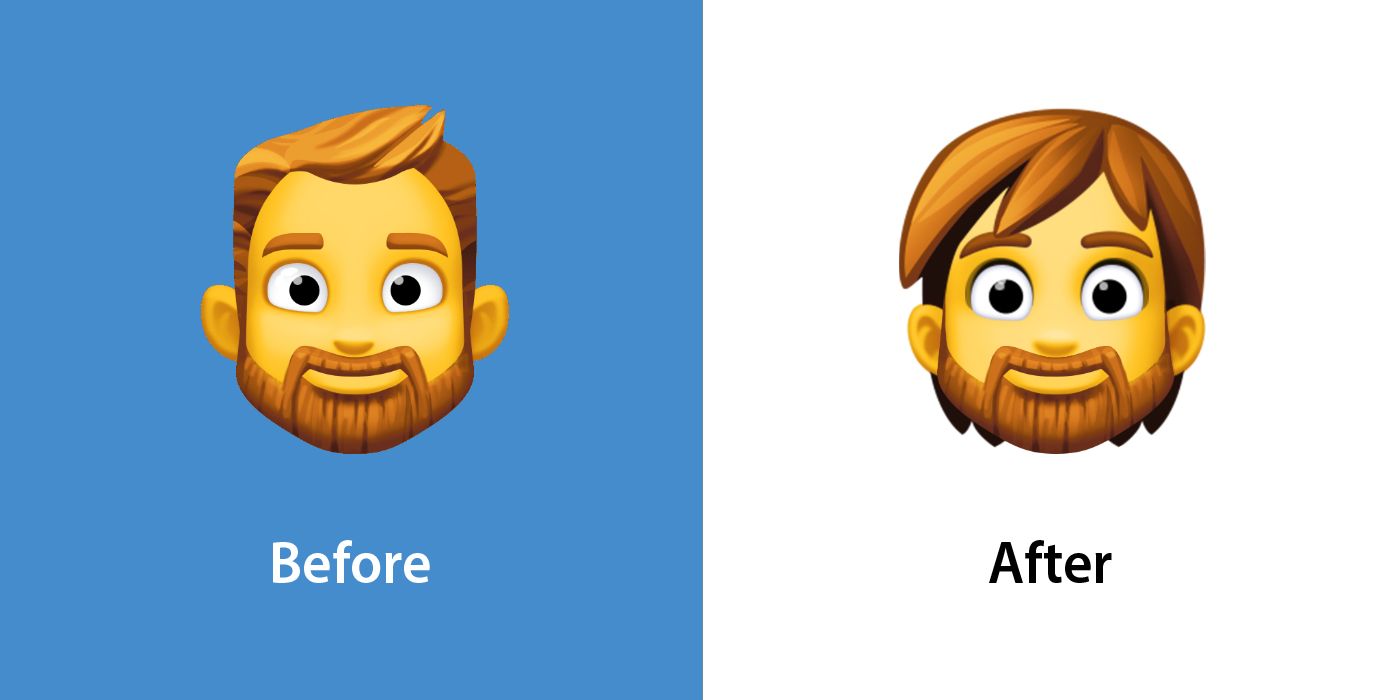 🐉 Dragon has more details scales and antlers, as well as a more vibrant snout, whiskers, and mane.

🧴 Lotion Bottle now displays as a pump dispenser bottle, akin to other major vendors. It also has the 🌿 Herb design as its crest. 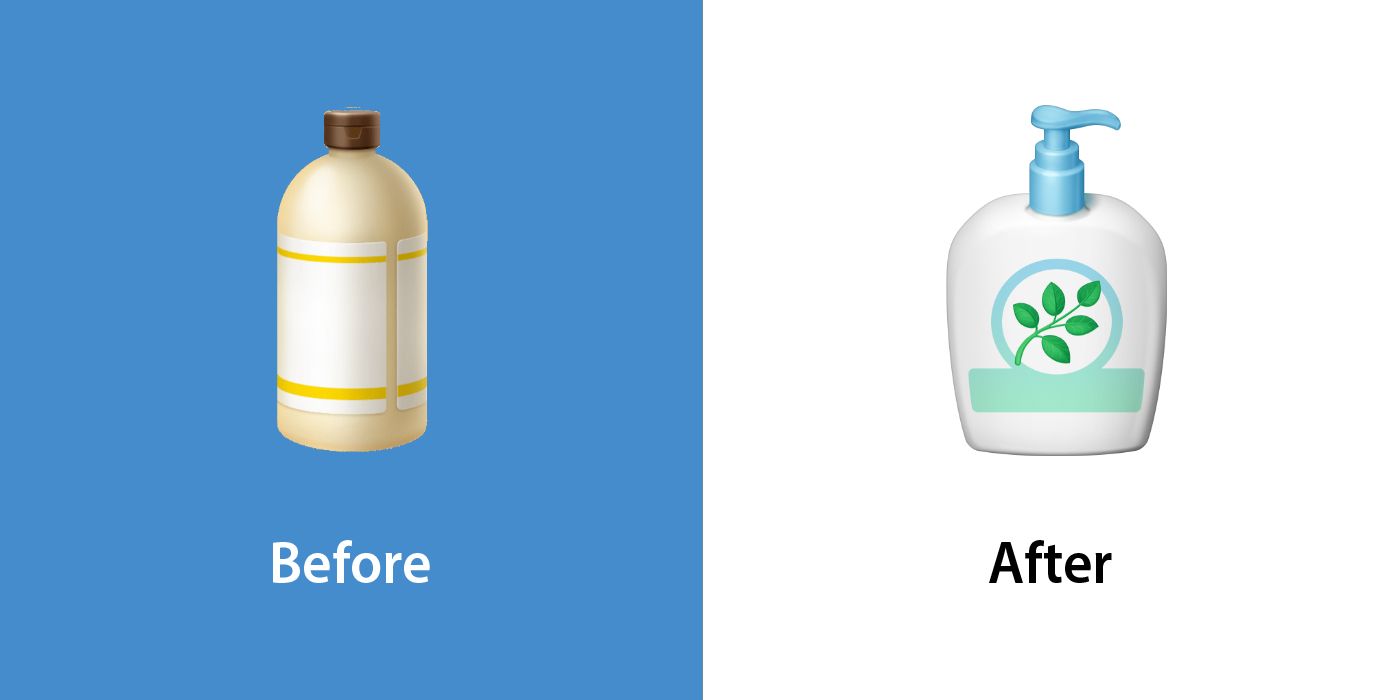 ⛸️ Ice Skate is now viewed from an isometric angle, with black heel and white laces instead of an orange heel and laces. 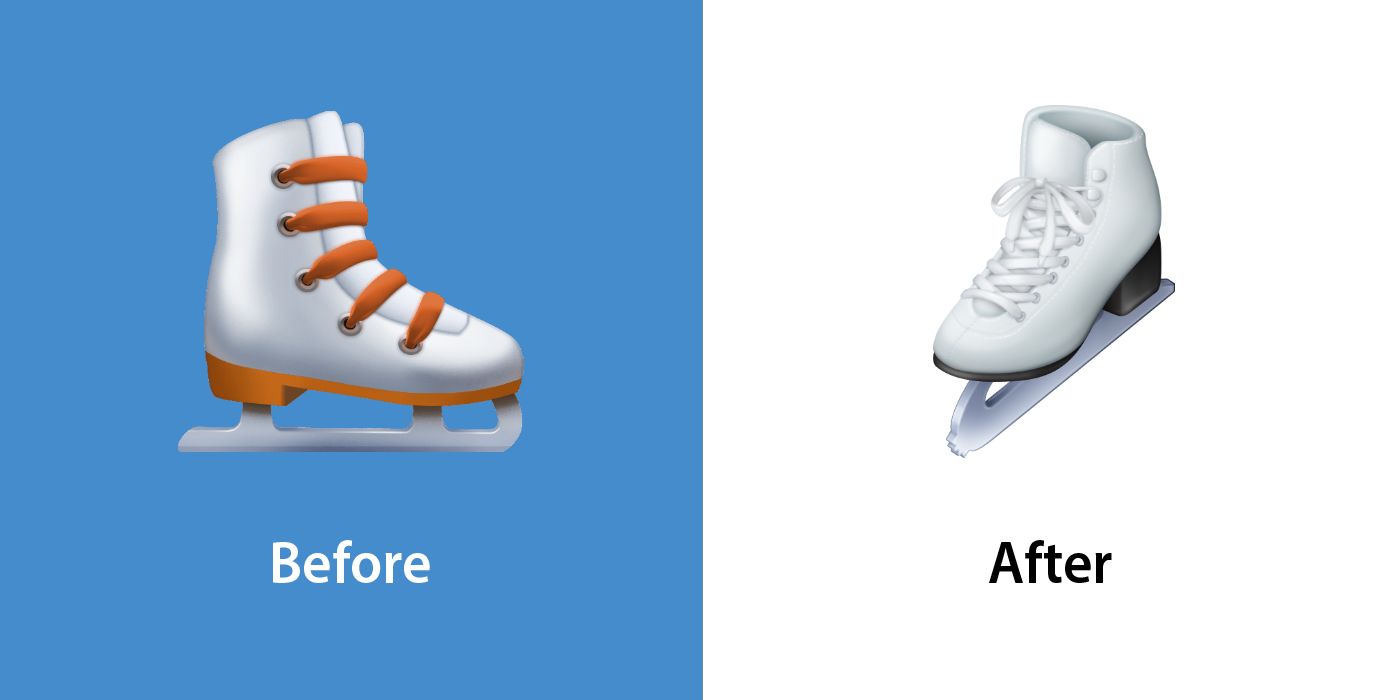 🎽 Running Shirt now has as yellow sash, like most other vendors. 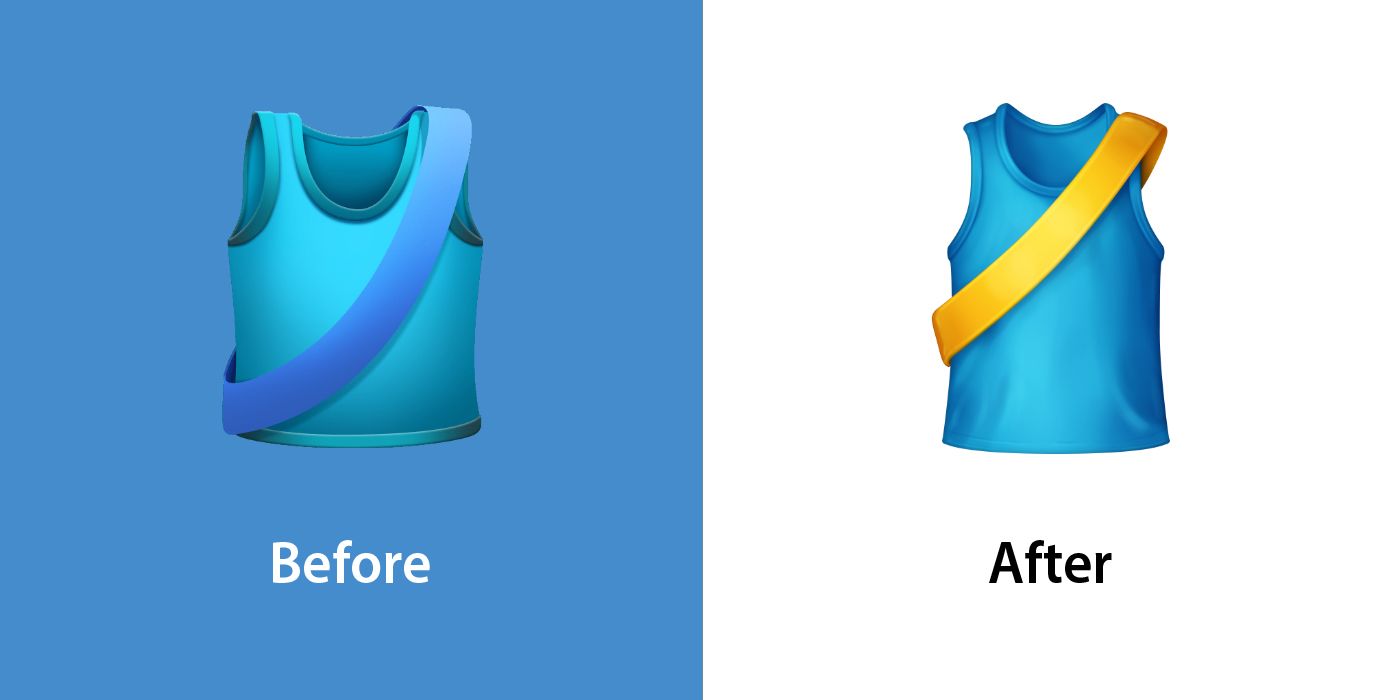 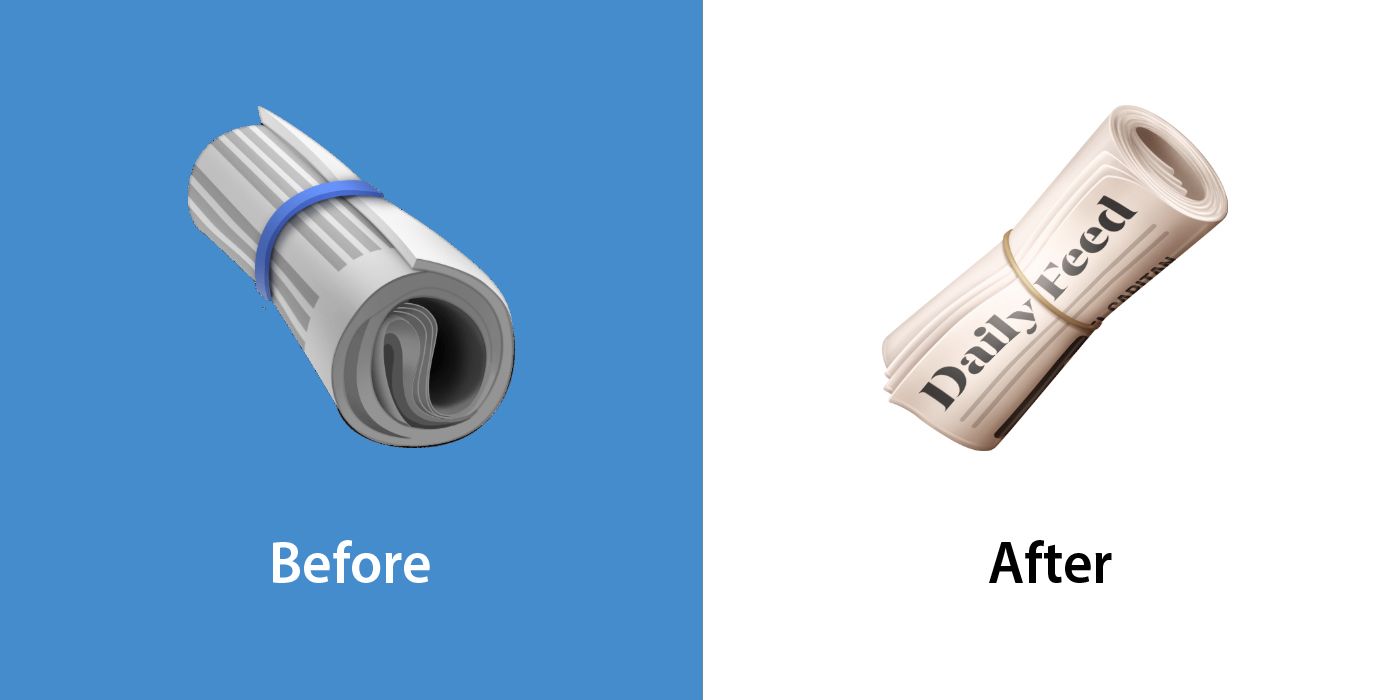 🛍️ Shopping Bags are now plain white and brown instead of colorful and decorative. 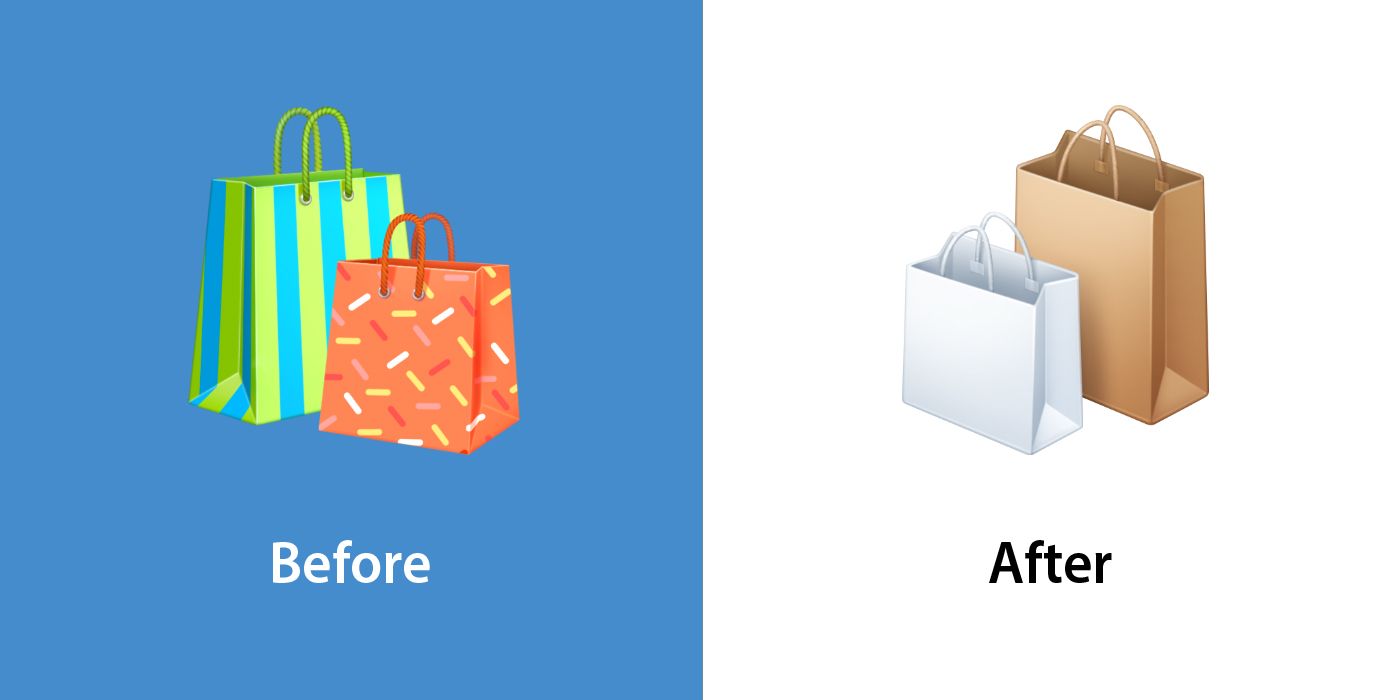 🏛️ Classical Building no longer has a dark grey background. 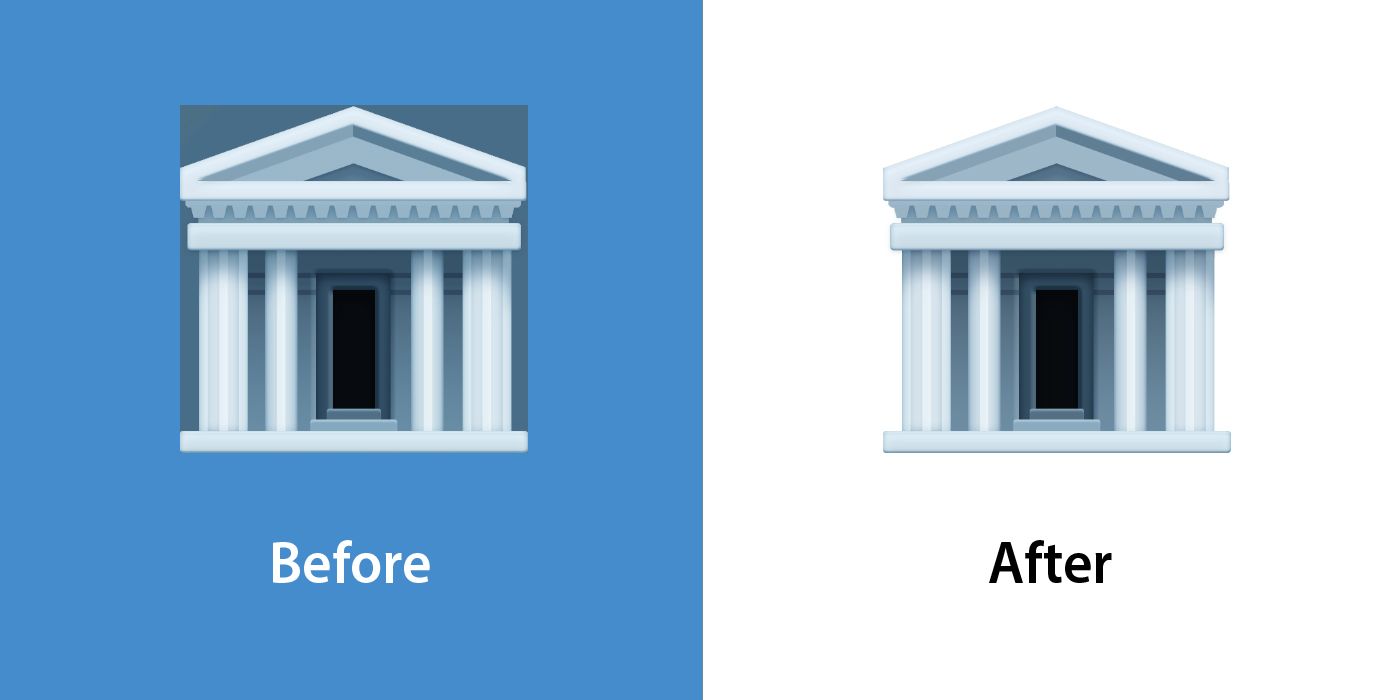 Facebook's support of Emoji 13.1 began its rollout in July 2021 and is now available for a majority of global users.

Users of Facebook and Messenger see these designs on the social network and messaging app across Android and Windows platforms.

iOS users will see Apple's native emoji designs within the Facebook and Messenger mobile apps, but will see Facebook's design set if accessing Facebook.com or Messenger.com via MacOS.

Despite being support both on the website and within chat messages, the emoji pickers on both Facebook.com and Messenger.com have yet to be updated to include these latest additions. The emoji picker also currently lacks support for last year's Emoji 13.0, though it does include the new gender variations from Emoji 12.1 and the new gender-neutral changes for previously gendered designs.

If users wish to insert designs from either Emoji 13.0 or Emoji 13.1 they will have to do so either via their mobile device's native emoji keyboard or by copying and pasting them on the web.