Earlier this month the popular Chinese social platforms Sina Weibo and WeChat both took their annual measures to disuade any commemoration of the 1989 Tiananmen Square massacre. These measures once again included removing select emojis from their respective emoji keyboards, such as their [蜡烛] candle design.

This annual censorsip of emojis on Sina Weibo, generally referred to simply as "Weibo", was initially preempted by BBC journalist Kerry Allen on Twitter. Confirmation of their removal then came from the site Whats On Weibo the following day.

All the emojis that routinely vanish during the Tiananmen anniversary are still currently available to view.

Will check again when it hits midnight in #China - normally these four vanish from Sina Weibo the day before 4 June. pic.twitter.com/a7dTzWBMfh

The disappearing emoji on Weibo in light of June 4 https://t.co/ZYF55LTgY7 pic.twitter.com/lCNlUmfs4w

Additional reporting from Insider Asia's Cheryl Teh detailed how it wasn't just that the candle was removed from Weibo's custom emoji picker, however: its underlying shortcode appeared to be deactivated.

Today I also experimented with this curious development on Weibo. To suppress all info related to the 1989 Tiananmen Sq massacre, the platform’s blocking all posts containing… wait for it…the candle emoji. 🕯

A total of three emojis were removed by the 3rd of June: the candle, the cake, and the falling leaf emoji designs that are superimposed by the platform via the shortcodes [蜡烛], [蛋糕], and [微风] respectively.

Above: the [蜡烛], [蛋糕], and [微风] emoji designs that were removed from Weibo's emoji keyboard prior to 4th June this year.

Meanwhile, researcher Xibai Xu noted that WeChat had also removed their candle emoji design from their custom emoji picker by the 3rd of June[1], though Cheryl Teh seemed to be able to still send the emoji via its shortcode on WeChat:

(1) Speaking of subtle censorship in China on 04 June, the emoticon for candle has disappeared from the drop down menus in WeChat/QQ, though one can still manually type [蜡烛] into the dialogue box. It is also not possible to change profile picture due to ‘system maintenance’. pic.twitter.com/pNNfBPxHhI

I tested this out both on Weibo and WeChat. It goes through on WeChat, which is mildly surprising. I remember the days when my friends living in China couldn’t get WeChat messages I sent that mentioned 秦始皇 (the Qin emperor) or 维尼小熊 (Winnie the Pooh).

At the time of writing, Weibo’s annual emoji exile appears to have ended for another year.

The removal of the candle emoji on Weibo approaching the anniversary of the Tiananmen massacre has been taking place since 2012[2].

The Tiananmen massacre is not the only topic for which the candle emoji has been censored, however. In 2017, the candle was also censored following the death of Nobel Peace Prize winner Liu Xiaobo to dissuade any tribues to the noted critic of the Chinese communist party.

🚫 Emojis and other censorship

Emojis have been at the centre of two other major news stories related to Chinese censorship on Weibo: in one instance as the subject of censorship, but in another as a means through which to subvert censorship.

It is not simply the case that the 🇹🇼 Flag for Taiwan isn't available via the devices' emoji keyboards: the design isn't support whatsoever, and will render as a missing character (☒).

Additionally, the 🇹🇼 Flag for Taiwan was hidden on the emoji keyboards of Apple devices in Hong Kong in 2019.

The Me Too movement also experienced heavy censorship in China, but women began to utilise emojis to subvert the censorship. Specifically, they used the combinations of 🍚 Cooked Rice and 🐇 Rabbit emojis (or indeed Weibo's own [兔子] rabbit shortcode).

In China where Weibo blocks the #MeToo hashtag, women are turning to emojis 🍚🐰 'When spoken aloud the words for “rice bunny” are pronounced “mi tu,” a homophone that cleverly evades detection' https://t.co/wlD2n4naWG pic.twitter.com/HdPQ4y2jjC

Additionally, emojis have also been used to create a coded means of discussing China's internet censorship as a whole via the use of the 🏞️ National Park and 🦀 Crab emojis.

🏞🦀 “River Crab” sounds like harmony in Chinese and is used as a subtle reference to China’s policy of internet censorship. This is due to ex-Chinese leader Hu Jintao's ideology branding this as part of a “harmonious society” https://t.co/7ROSNP8f2p

Emojis have also reportedly been used to fragment large pieces of text in order to subvert the censorship of an interview with a doctor in Wuhan at the start of the COVID-19 outbreak in the city.

Unlike most emoji vendors, the primary emoji designs of both Sina Weibo and WeChat do not adhere to the Unicode Standard.[3] 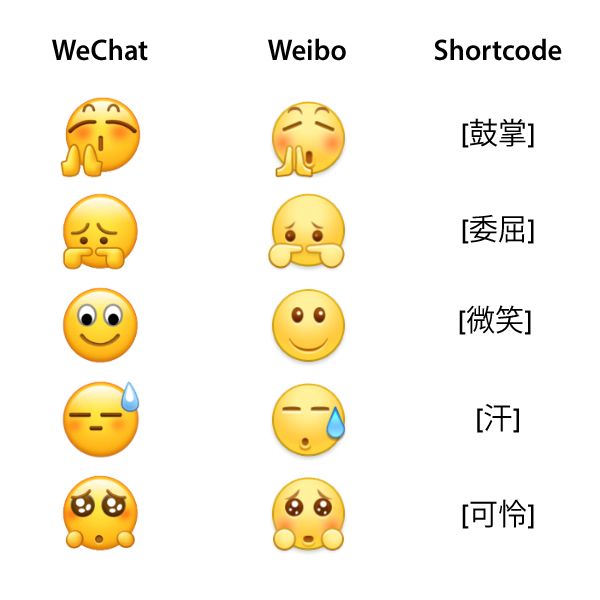 Above: several custom emoji designs available on both Sin Weibo and WeChat alongside their shared hanzi character shortcodes.

When users copy and paste text including an 'emoji' from WeChat into an email or another app, the colorful graphic won't go with it like with emojis adhering to Unicode's recommendations.

Instead, the square bracket-based text string used to create the character on either platform will appear. So the upset rightward-facing character rendered via the [右哼哼] shortcode on both WeChat and Weibo will not replicate across other platforms, and the hanzi text "[右哼哼]" will simply appear instead. Therefore while commonly referred to as emojis, what are shown across the platforms are more correctly referred to as a set of in-app stickers.

This platform-specific shortcode implimentation does allow for great flexiability in creating new emoji-like designs, especially in response to current events. One example is Weibo's "Come on Wuhan" character, which is rendered via the hanzi shortcode [武汉加油] and appears as a flushed, pleading-faced emoji character holding a red heart with "Wuhan" ("武汉") written inside of it. 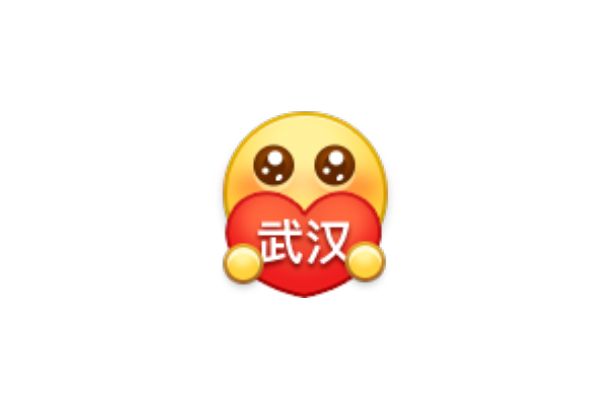 This custom design was almost certainly implemented on Weibo following the outbreak of COVID-19 in the city.

Weibo also features a custom orange hand design constructed via "[点亮橙色]" ("Light up orange" in English), which appears to support a United Nations campaign to eliminate gender-based violence launched in November 2020. This inclusion in the Weibo 'emoji' keyboard holds a certain intrigue given the previously-outlined censorship of the #MeToo movement on the platform. 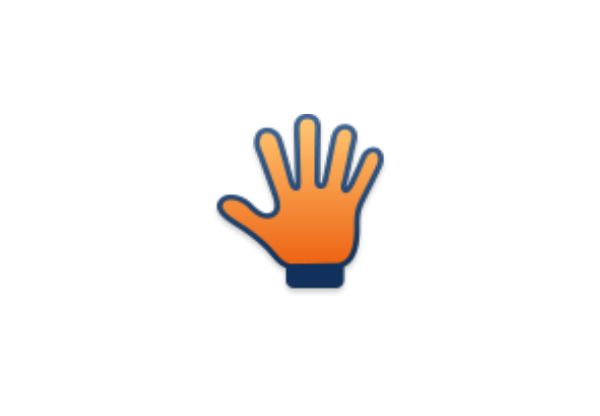 Above: Weibo's "light up orange" "[点亮橙色]" emoji-esque design at it currently appears on the platform.

A collection of the custom emoji-esque designs used on both Weibo and WeChat are available to view on Emojipedia, alongside their respective shortcodes.