WhatsApp for Android's 2.21.16.20 release provided partial support for emojis from late 2020, such as Face in Clouds, Mending Heart, and Heart on Fire.

The update did not, however, include the gender-specific Bearded Man or the various Kiss and Couple emoji combinations also recommended alongside these new additions. 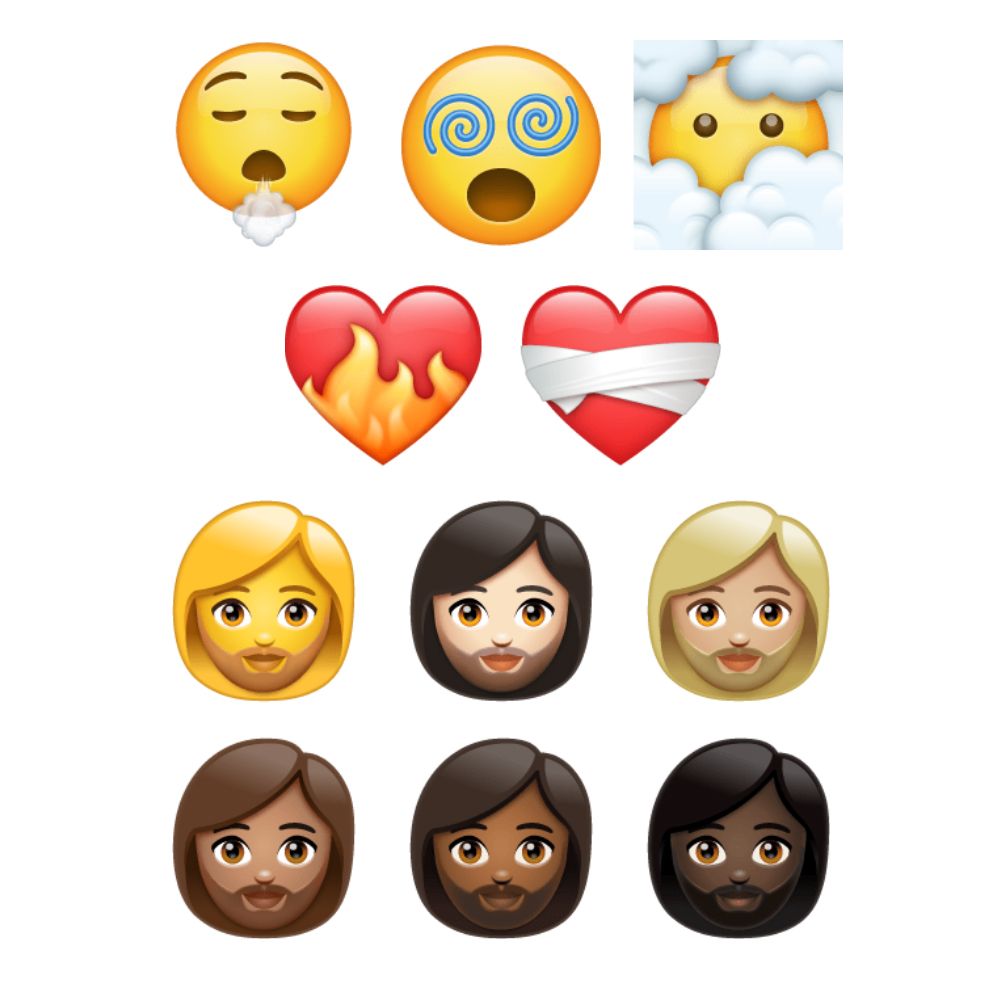 Above: all of the new emojis featured in WhatsApp 2.21.16.20. Image: WhatsApp designs / Emojipedia composite.

In addition to the new emojis in WhatsApp 2.21.16.20, several months ago WhatsApp released an update including a single new emoji: the Refugee Nation Flag. This new flag emoji was introduced as a zero width joiner (ZWJ) sequence using the 🏳️ White Flag, 🟧 Orange Square, and ⬛ Black Large Square emojis.

Above: the new Refugee Nation Flag as it is constructed in WhatsApp 2.21.11.17 onwards.

As we previously discussed following its appearance in a WhatsApp beta release, this new flag emoji is not currently recommended for general interchange (RGI) by the Unicode Emoji Subcommittee and as such is only presently available on WhatsApp for both iOS and Android devices.

Amongst the new emojis included in this update are three smiley emojis: 😮‍💨 Face Exhaling, 😵‍💫 Face with Spiral Eyes, and 😶‍🌫️ Face in Clouds.

Oddly, this update did not introduce Emoji 13.1's other gender-specifying 🧔‍♂️ Man: Beard variant, despite also updating the design of 🧔 Person: Beard to be more gender-inclusive.

In implementing Emoji 13.1, other vendors simply swapped their previous designs for 🧔 Person: Beard to be that of 🧔‍♂️ Man: Beard.

Above: the previously gendered designs for 🧔 Person: Beard, which may eventually be used to represent 🧔‍♂️ Man: Beard in a future WhatsApp update.

However, this solution has not yet been introduced for WhatsApp, with the 🧔‍♂️ Man: Beard emoji and its skin tone variants displaying as their constituent parts: 🧔 Person: Beard, skin tone modifier or not, with the ♂️ Male Sign alongside them. 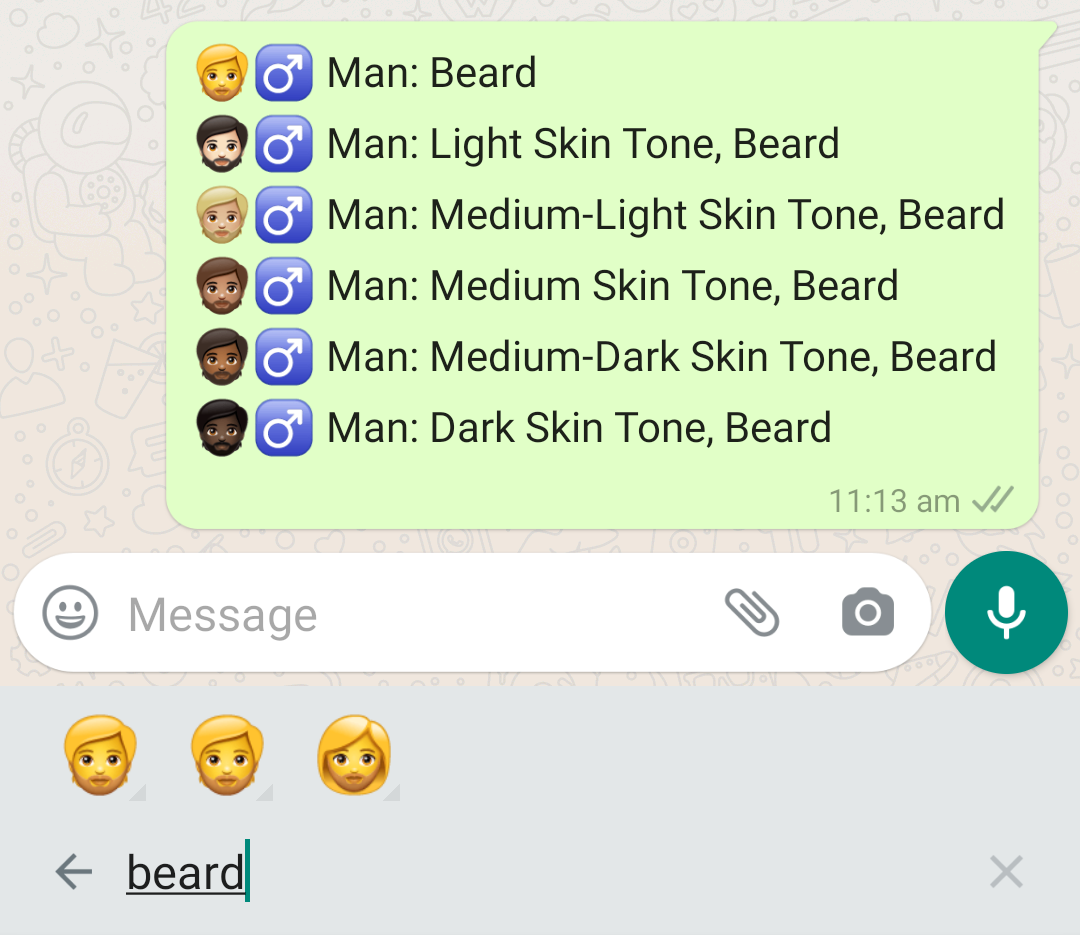 Above: how the 🧔‍♂️ Man: Beard emojis appear within WhatsApp 2.21.11.17 messages and search function.

The variations of both the 💏 Kiss and 💑 Couple with Heart emojis recommended in Emoji 13.1 also render as their components within WhatsApp 2.21.11.17.

It is expected that WhatsApp will introduce the 🧔‍♂️ Man: Beard variations and the 200 different 💏 Kiss and 💑 Couple with Heart emojis in a future update.

🧔 Person: Beard now has a gender-inclusive appearance, in keeping with recent changes to other emojis which don't specify a gender. 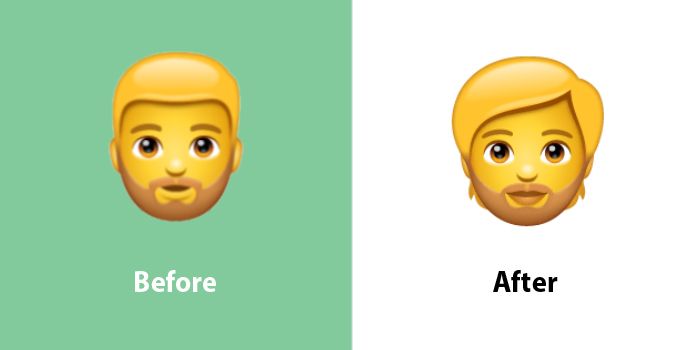 🐻‍❄️ Polar Bear now displays the bear's head in isolation, as per other vendors. 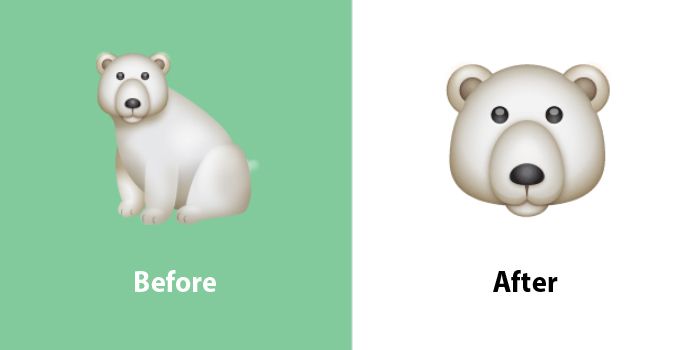 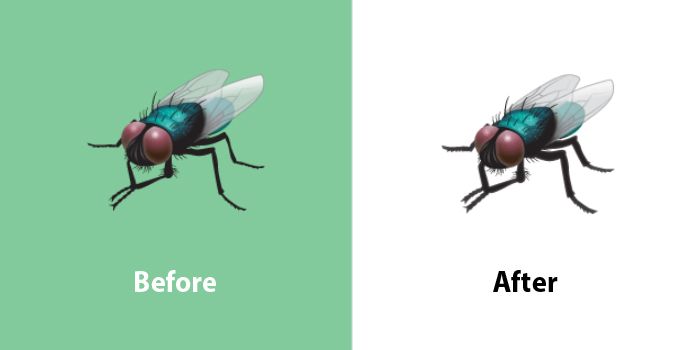 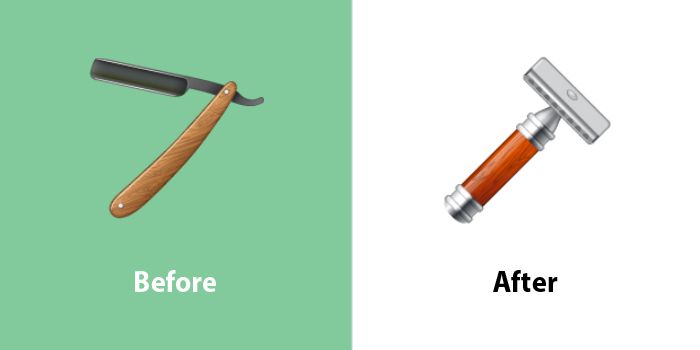 🩹 Adhesive Bandage is now white instead of brown. 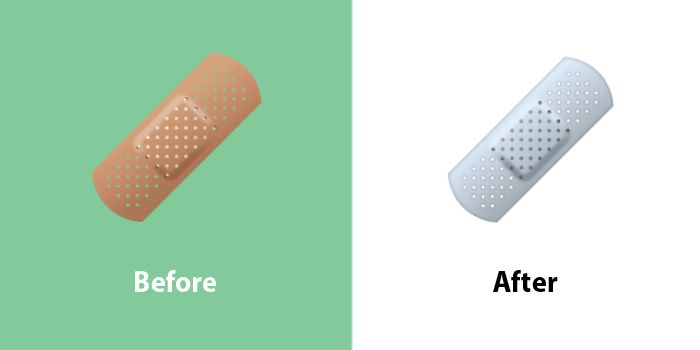 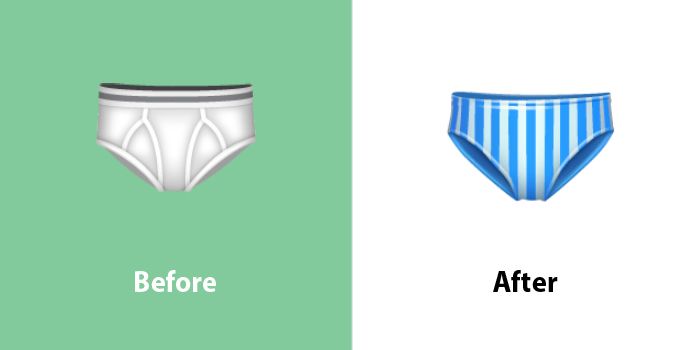 🇭🇰 Flag: Hong Kong SAR China has had its bauhinia petals reshaped, with their central stars reduced in size. 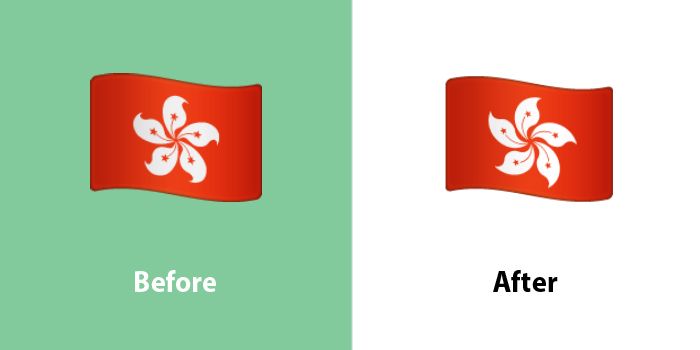 Interestingly, despite the 2.21.16.20 update redesigning several emojis, WhatsApp's 💉 Syringe emoji design was not amongst them.

This means that, thus far, WhatsApp has not joined the likes of Apple, Google, and Twitter in changing their 💉 Syringe to remove its bloody contents and droplets, making it more appropriate for representing vaccination. 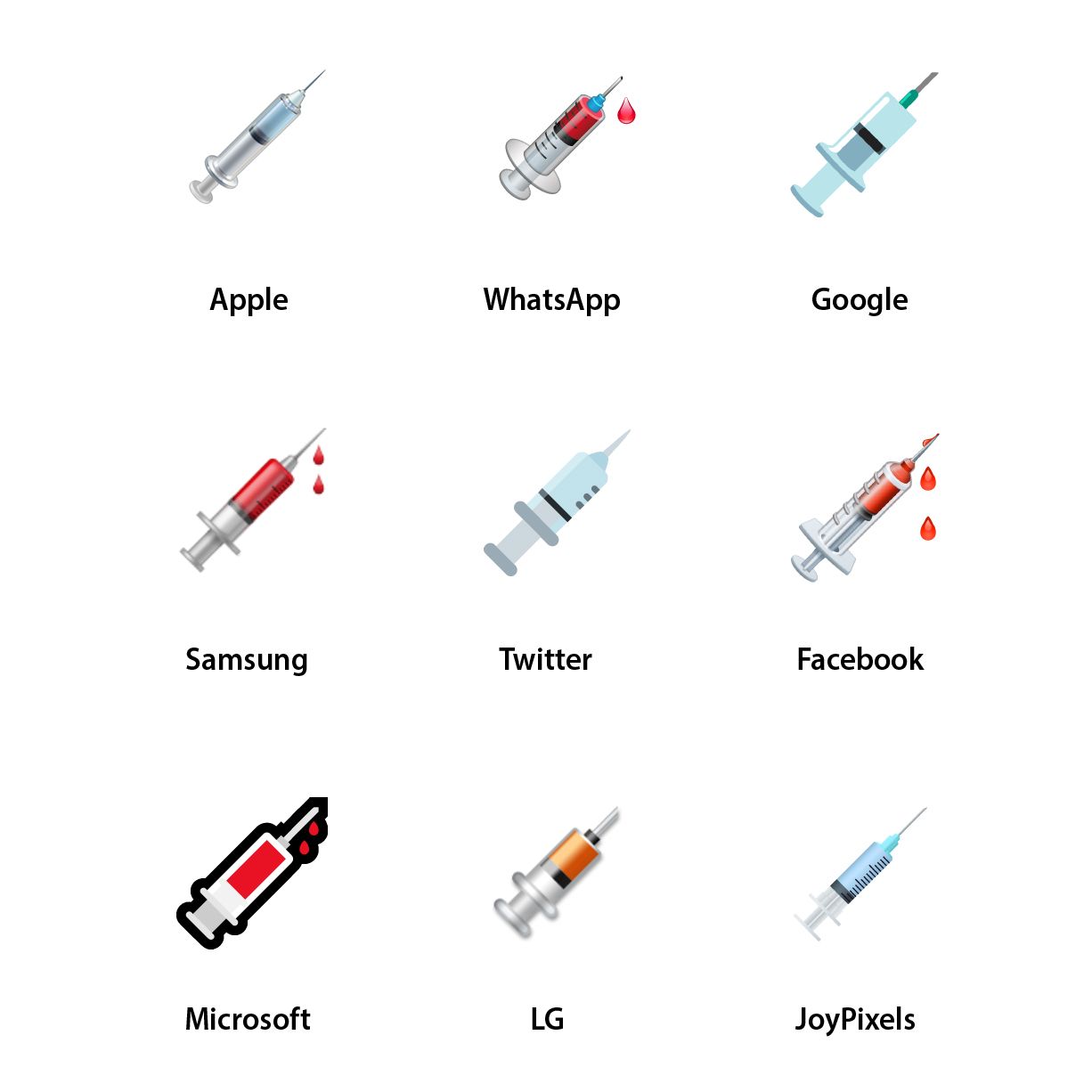 Above: the current designs of the 💉 Syringe emoji across different emoji vendors.