2018 has been an active year for Twemoji. While we have yet to see any of the new Emoji 11.0 additions just yet, today Twitter has begun to roll out Twemoji 2.7 - the vendor's third minor update this year.

This particular update is sure to be relished by pickle lovers, with the 🥒 Cucumber emoji now looks as though it has taken a brine bath[1].

Thits change brings the design closer to most other vendors where the green vegetable is shown whole, as opposed to being partily cut up into slices à la the design shown by Apple and WhatsApp.

One theme of this update appears to be greater convergence with other vendors, with changes to directionality and the removal of bounding frames (i.e. the blue sky behind a number of nature scenes) among the more considerable design modifications.

The 🎮 Video Game emoji, which displays as a gamepad, has had its upper grey and orange circles replaced: a D-pad now appears on the left, while four different-coloured input buttons adorn the right. 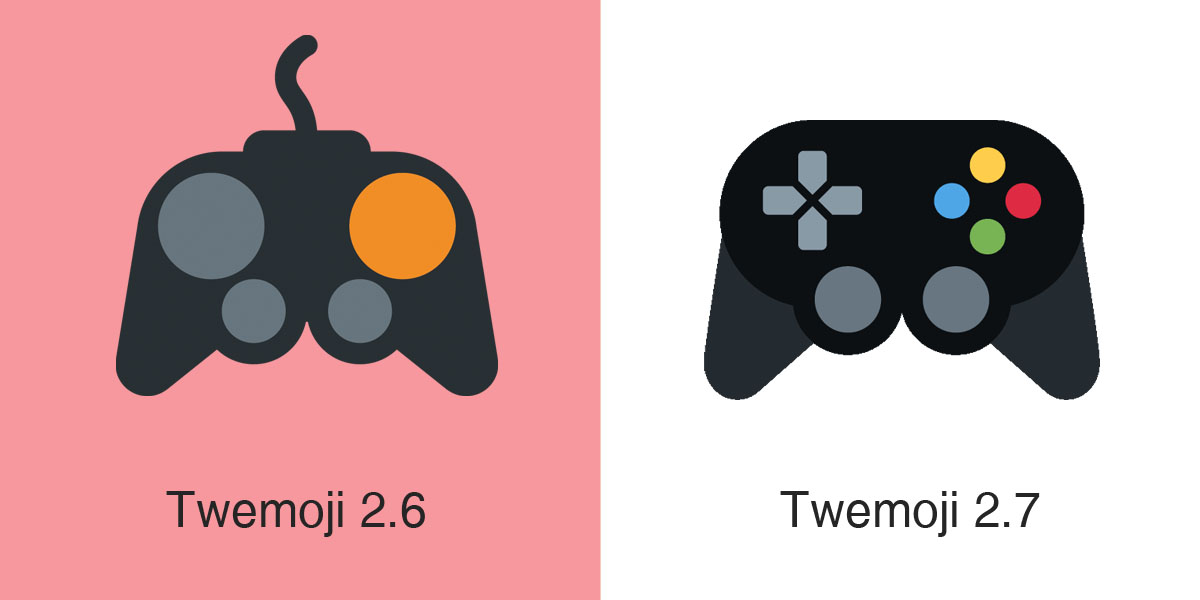 The emoji no longer appears as though it features four analogue sticks - a design yet to be attempted by hardware manufacturers for fairly obvious reasons.

The 👟 Running Shoe, in addition to changing colour and orientation, has been made much more detailed. Four white laces are now shown, as well as a heel stabiliser and a shoe tongue. 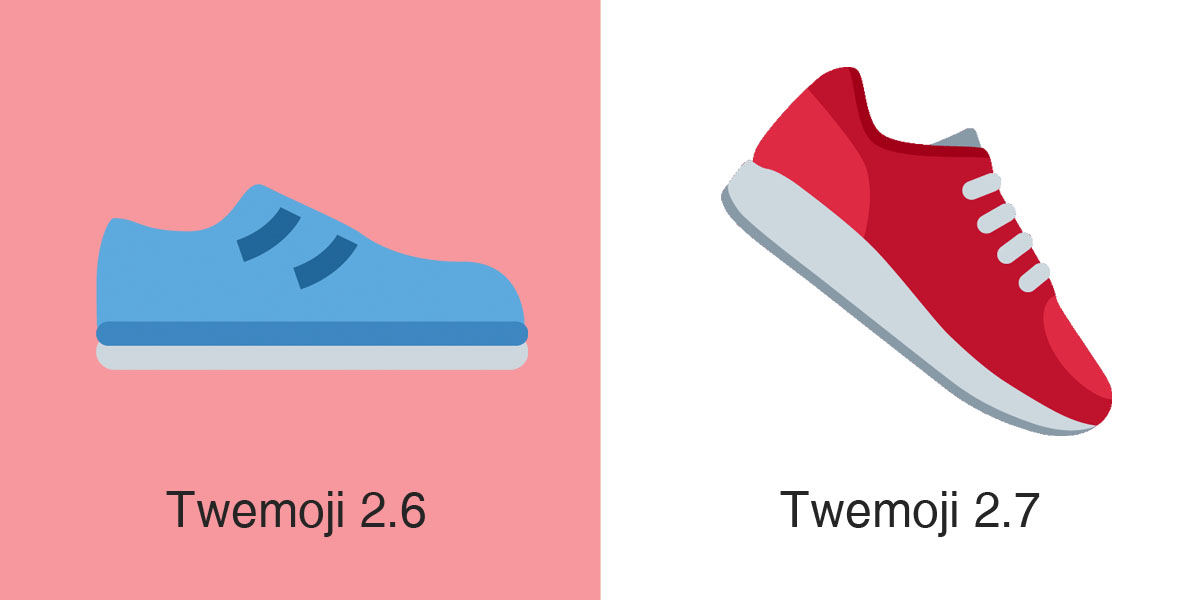 🏘️ Houses has had a reduction in the number of windows: 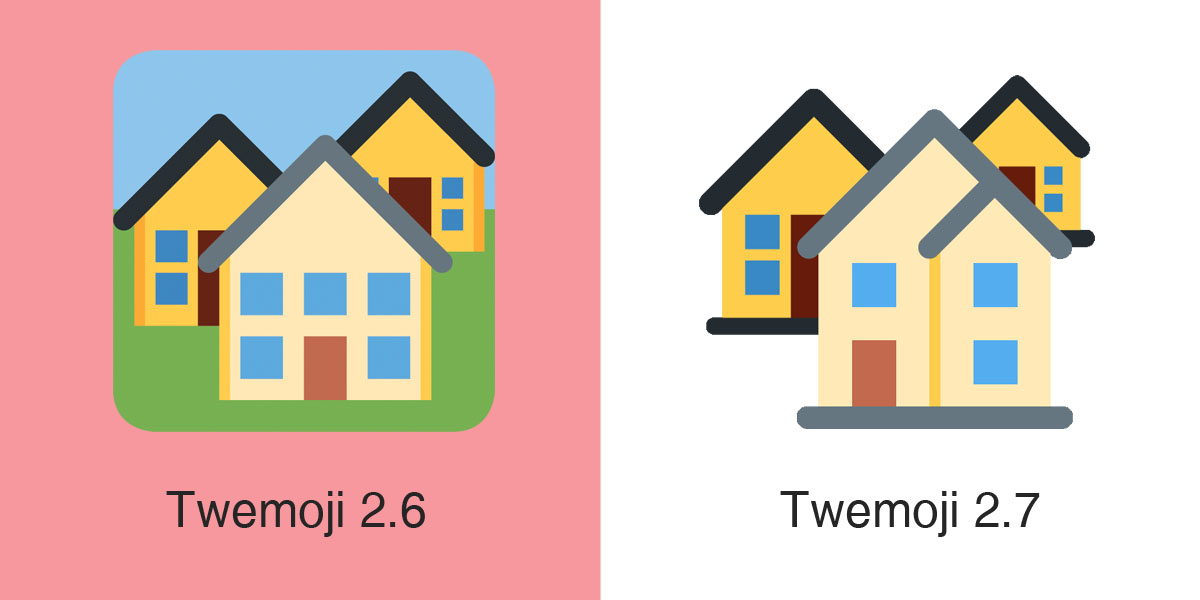 The various monkey face emojis have been redesigned, with their ears moved down from the tops of their heads, as is the case across all other major vendors. For example, the 🙊 Speak-No-Evil Monkey: 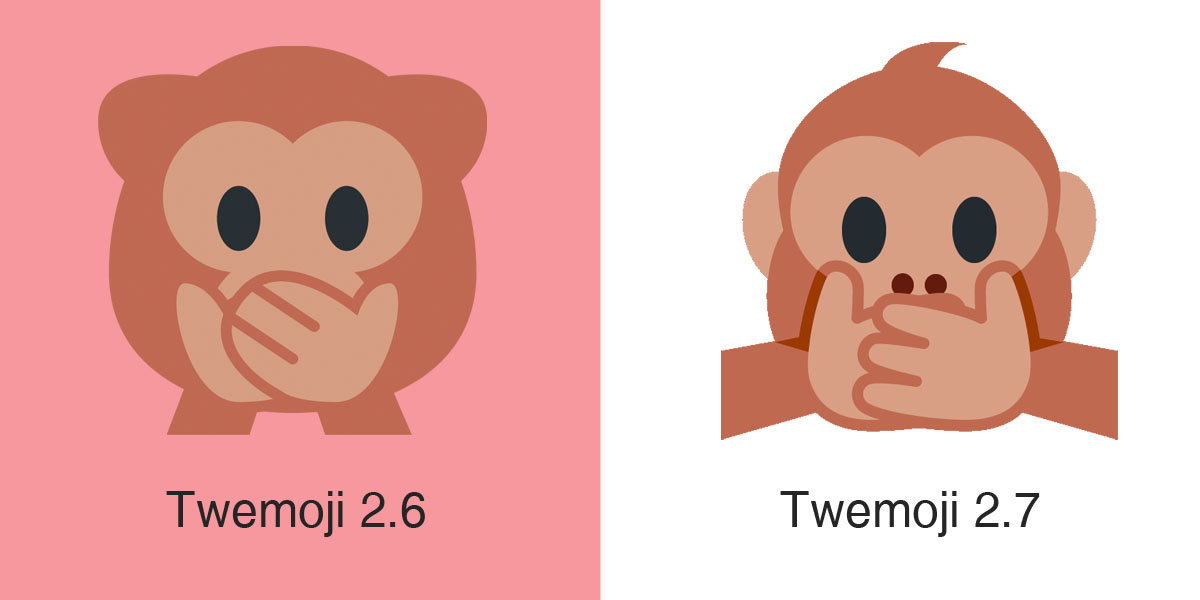 A number of other emojis have been redrawn, many of which haven't been touched since the first Twemoji release in 2014. Some of these include:

Twemoji 2.7 has begun rolling today. It will be available for all users of the Twitter website, Twitter mobile site, and Tweetdeck. As always, these updates are expected to appear within the Twemoji Open Source project in the near future.

Users of the iOS Twitter app continue to see native emojis from Apple, as do those on the latest releases of Android.