Twitter today rolled out emoji support for gendered emojis seen most recently in iOS 10, as well as emoji 32 new professions in female and male variants. These include scientist, farmer, health worker, and teacher.

These additions are all part of Twemoji 2.2.

Tweaks to existing emoji designs have also been included for a number of characters such as 🇷🇪 Flag for Réunion and 😁 Grinning Face With Smiling Eyes.

It should be noted that gendered emojis and emoji professions both have a draft status at Unicode, and as such these should be treated with caution.

Names and/or sequences could change before Emoji 4.0 is considered final.

This results in a total of 33 female and 33 male versions of existing emojis[1].

Most importantly, support for these characters in Twemoji ensures that gendered emojis sent from iOS appear as intended on Twitter, rather than as a base emoji + female/male sign.

Emoji 4.0 includes a number of updates, with the most prominent one being new professions - each which have a male and female variant.

Initially started as a proposal by Google, the exact list has been undergoing changes throughout 2016, and is expected to be finalised in November.

The draft profession list is what Twitter appears to be using, which includes all of the following sequences:

Smaller additions from Emoji 4.0 include modifier support for 👯‍♀️ Women With Bunny Ears, 🤼 Wrestlers and 🕴 Man in Business Suit Levitating.

Symbols which are used in the emoji profession sequences also show as fully-fledged emoji characters in Twemoji 2.2:

A number of emojis have undergone changes in this release, mostly in keeping with Apple's design updates.

Twitter appears to be attempting to keep its open source set of emoji graphics somewhat in step with Apple - more in intention than design, but you'll see what I mean from the changes here:

A tip if you don't already know, tap / click an image on Emojipedia to roll out the version history: 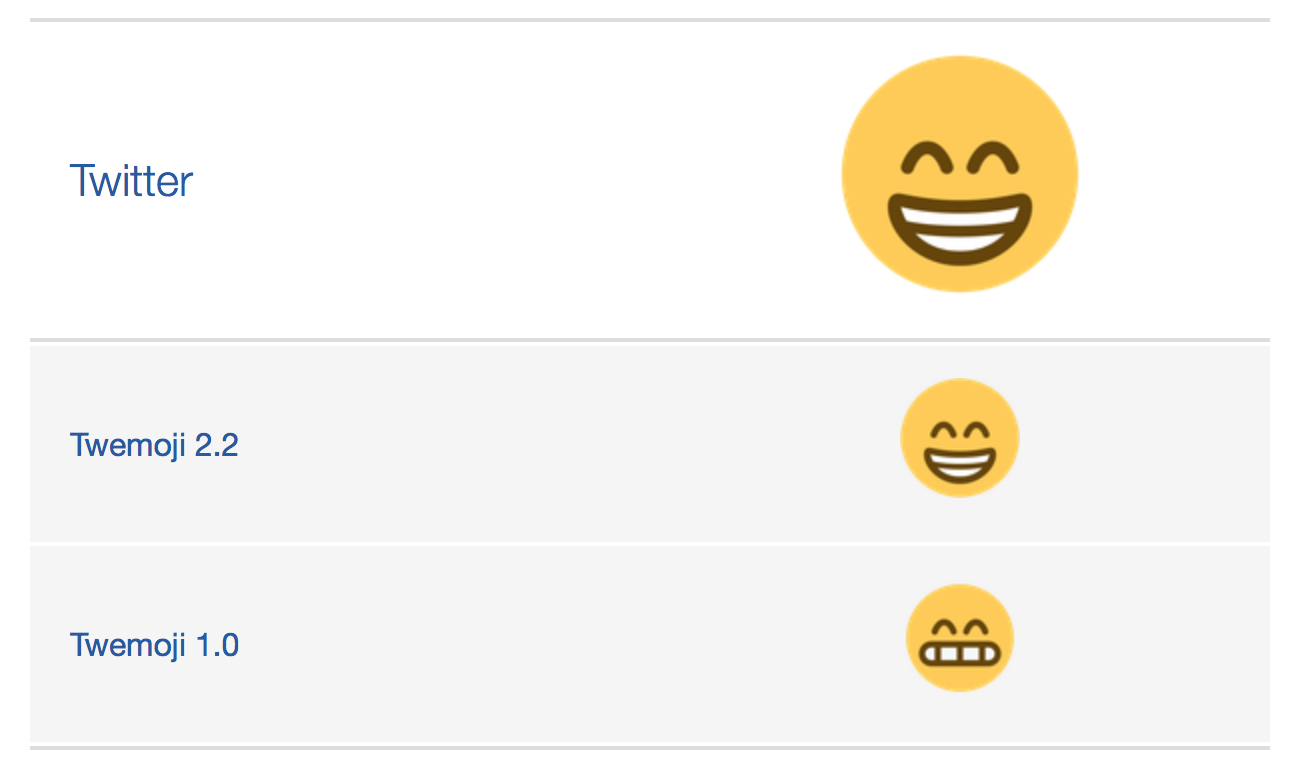 Now available on platforms that support Twemoji. This includes Twitter.com for desktop browsers, and will also roll out to TweetDeck in a future release.

These emoji updates are in draft status at Unicode, and as such may change when Emoji 4.0 is released in November 2016.