On the emoji agenda this month are a number of new items, namely the Emoji 5.0 updates which contains the final 2017 emoji list.

While the emoji list for this year was finalized in March, the rest of the standard is still being worked on on the latest draft document is now available.

Science is on the agenda at UTC with an emoji proposal for a neuron, petri dish, DNA, and other science-related emojis. 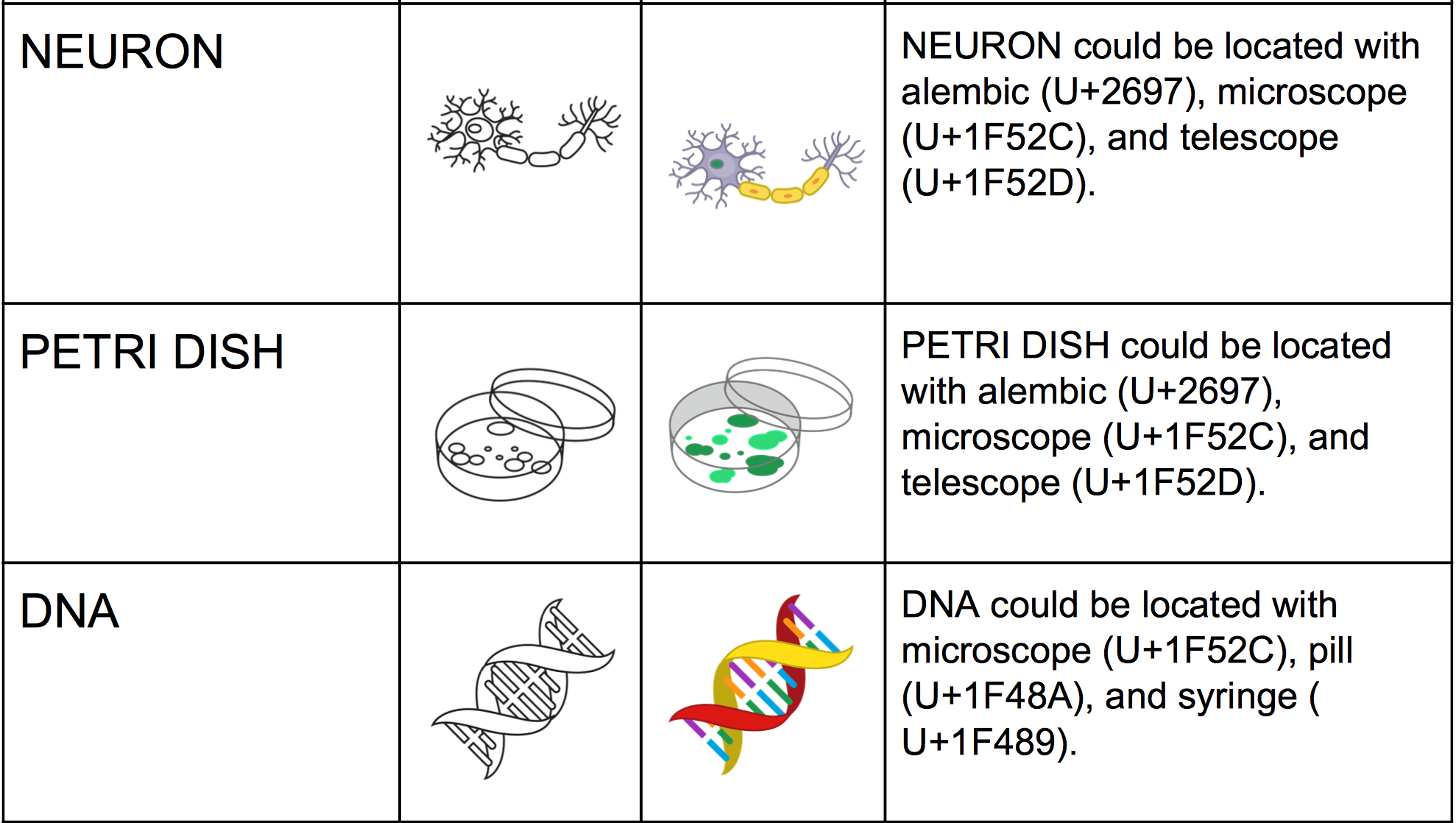 Above: Excerpts of the Science Emoji Proposal.

The same proposal makes the case for a crater, "warming earth", and landslide among the characters listed. 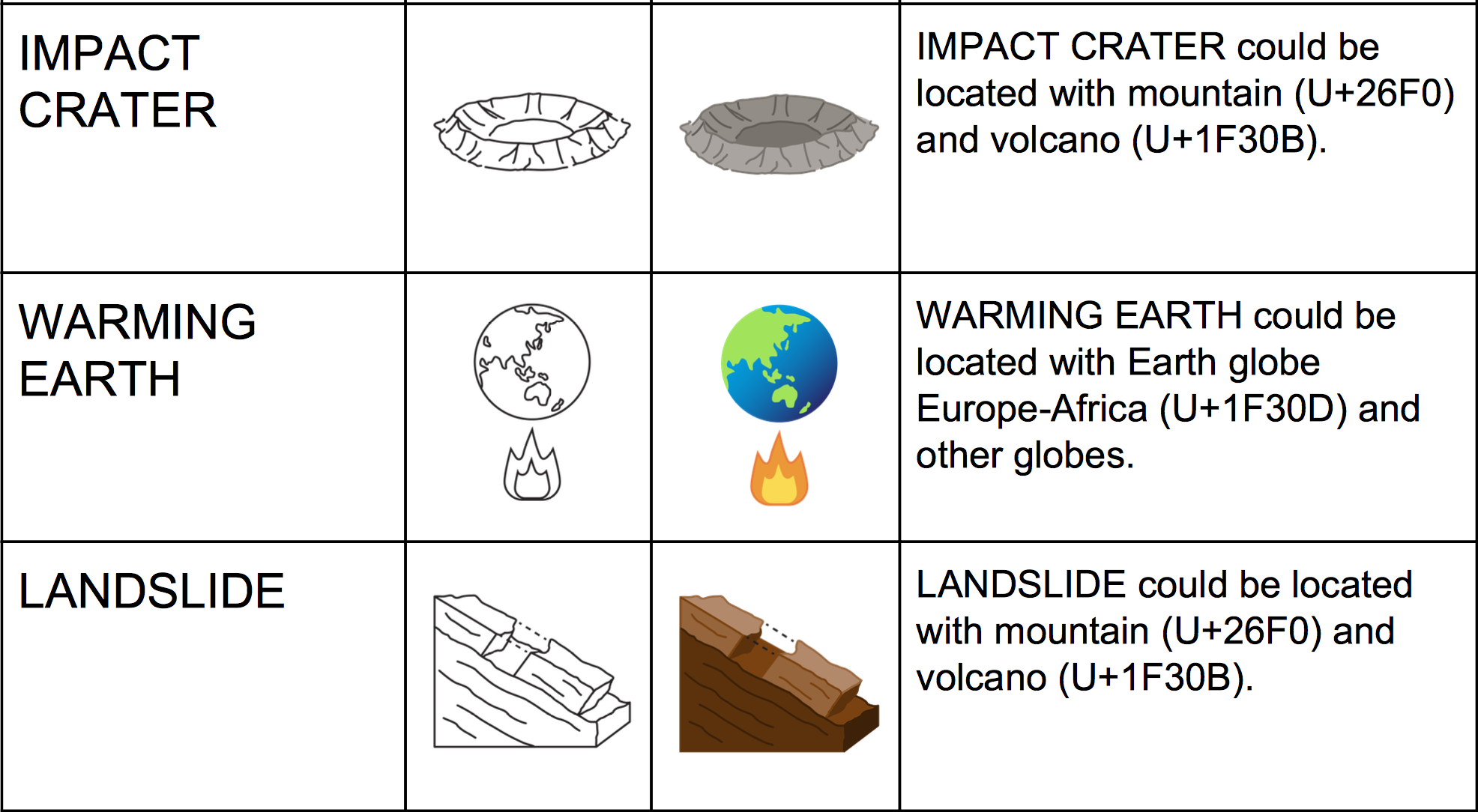 A separate proposal seeks to add emojis for each of the planets in our solar system[1].

Incidentally, these are being proposed as ZWJ Sequences that use existing Unicode code points:

The planet emoji sequences would be represented with a combination of U+1F310 GLOBE WITH MERIDIANS and combined as a sequence with ZERO WIDTH JOINER (ZWJ) and existing Unicode code points for planetary symbols.

This would allow for the representation of Mercury, Venus, Mars, Jupiter, Saturn, Uranus, Neptune and Pluto.

Above: Planets are being proposed to have their own emojis. Image: Proposal.

Progress is being made on the proposal[2] for redhead emojis. This has expanded to now include curly hair, baldness, and white hair.

This latest document follows previous discussion of a redhead emoji.

Above: Curly (or afro) hair, red hair, white hair, and baldness are being looked at by Unicode. Image: Emojipedia.

Other topics up for discussion include an assessment of ways to enable nearly every emoji to have a gender neutral or gender inclusive variant, evil eye symbol, as well as proposals to provide additional transparency in the Emoji Subcommittee, and to add more characters to emoji component. 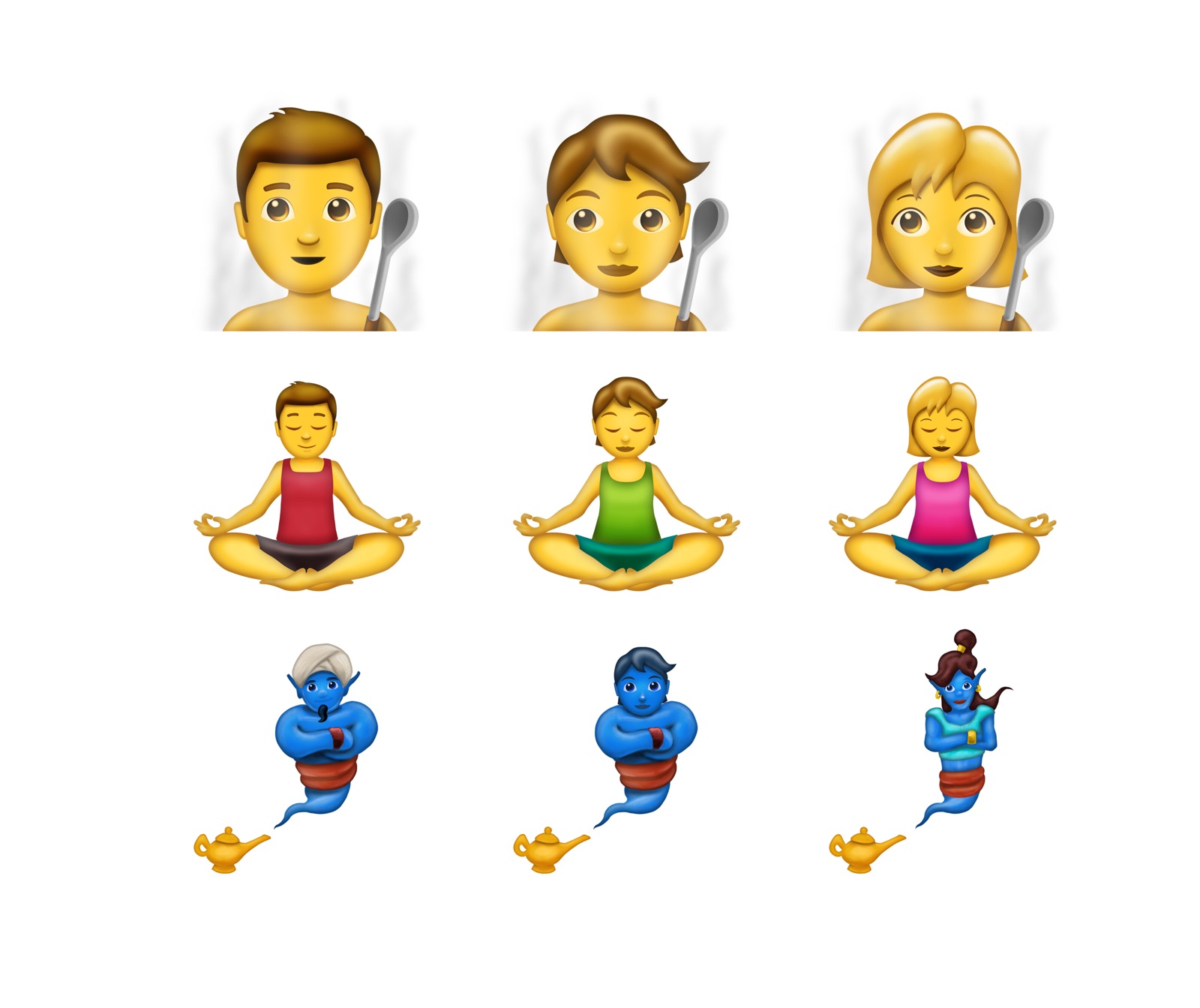 Above: Gender-inclusive variants are proposed for most existing emojis.

Lastly, there is a proposal for a clearer user interface for unsupported emoji sequences.

Above: Possibly ways to display the 🏴‍☠️ Pirate Flag emoji sequence on platforms that don't support it.

👇 Get The Latest Emoji News Monthly 👇

It's free, and comes to your inbox no more than once per month. Emoji Wrap: