Three new emoji candidates were approved at the 147th Unicode Technical Committee meeting, held in the week of May 9 at Adobe HQ in San Jose.

A proposal to Expand Emoji Professions gained considerable attention globally, and some other less publicised proposals were heard.

The following emojis were approved as candidates[1] for inclusion in Unicode 10.0 at UTC #147: 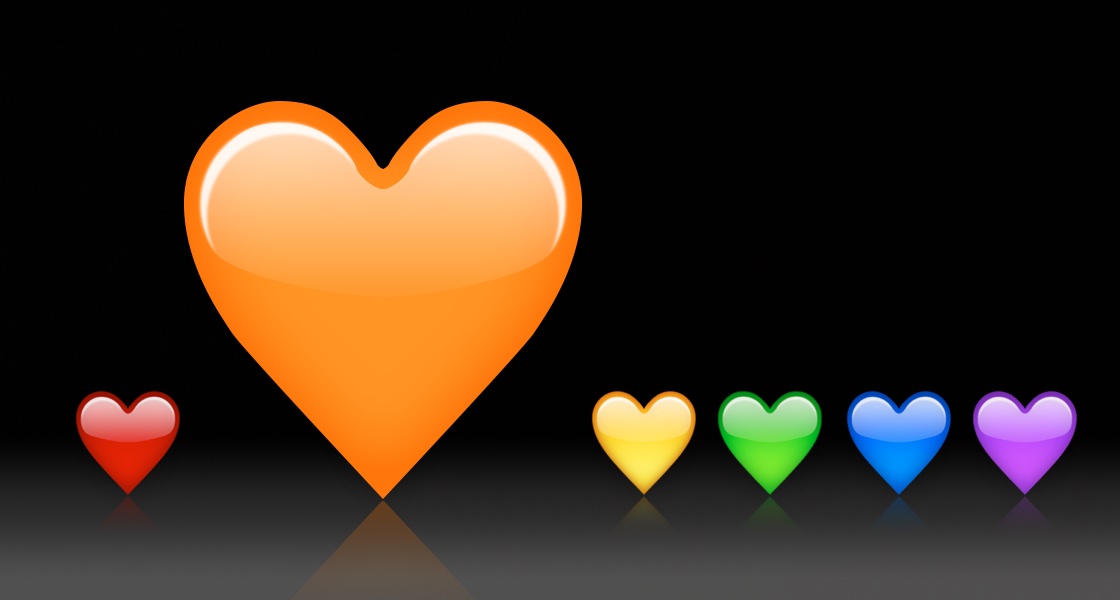 Above: Orange Heart has been added to the Unicode 10.0 candidate list.

These are in addition to the five existing candidates for Unicode 10, which are:

Emoji proposals that were heard at UTC #147 included: 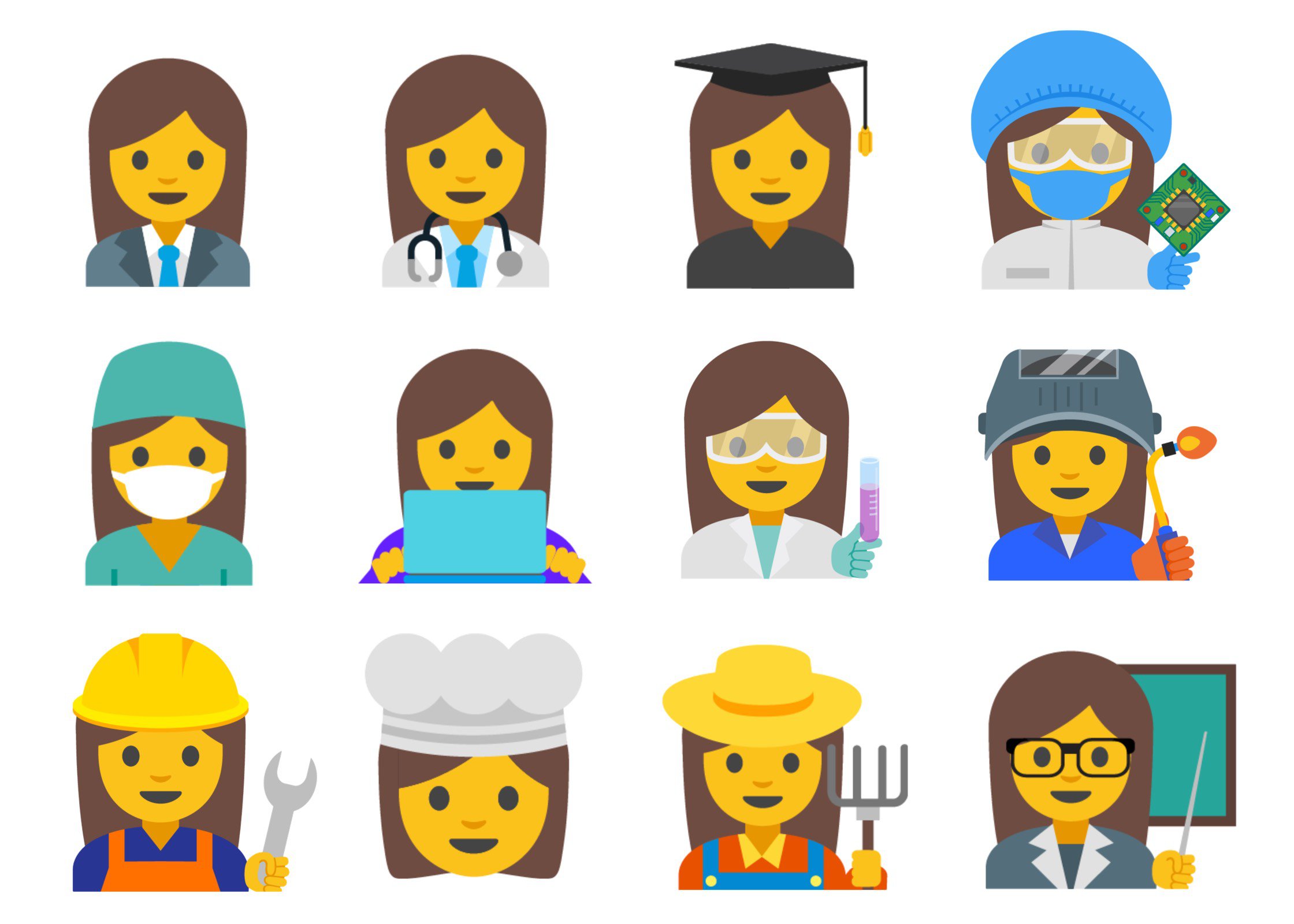 Above: Proposed new emojis for professions to better represent women.

Above: Three dinosaurs proposed for encoding as emojis.

None of these proposals were accepted as-is, but have been referred to the Emoji Subcommittee to look at how these might fit into broader emoji proposals.

Work on Unicode Emoji Mechanisms has been 'temporarily suspended'. This includes:

The highest priority item (gender) is still on the cards, but with the implementation now planned to use the ZWJ sequence approach, as proposed in the separate Expanding Emoji Professions proposal.

Regarding the other features of TR-52; the Unicode Technical Committee will:

...pursue alternative approaches for expanding the representation of flags and addressing hair color.

This means that flags for England, Scotland, and Wales are back off the agenda for now.

Emoji candidates for Unicode 9.0 no longer coming to an emoji keyboard near you: 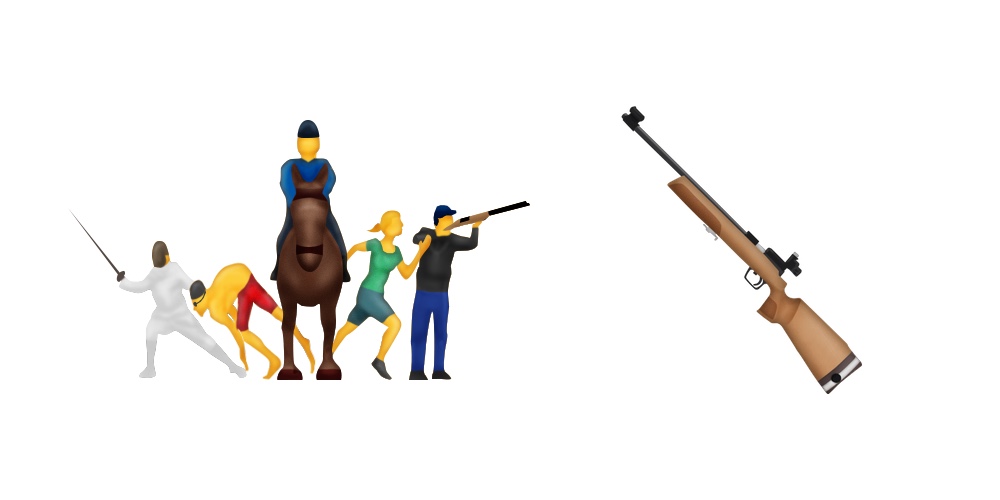 Above: Modern Pentathlon and Sporting Rifle won't be emojis in Unicode 9.

These will not be recommended for emoji presentation by vendors when the final version of Unicode 9 is released next month.

Due to the late stage that these were removed; the actual characters will still be encoded (with the same codepoints used in the beta of Unicode 9), but only as pictographs. The result will be these are unlikely to be displayed in color, nor shown on emoji keyboards[2].

Unicode 9.0 is expected to be released with the remaining 72 emoji characters in the next month.