Google previously displayed the 🍔 Burger emoji with cheese underneath the burger patty. Addressing the matter in a lighthearted way, Pichai tweeted in October 2017 that Google would drop everything to address the cheese placement “if folks can agree on the correct way” to order the ingredients.

The comment was made in a tongue-in-cheek way, but as is the case when a CEO of a large company says anything, this caused attention from the media tracking whether a change would actually take place. 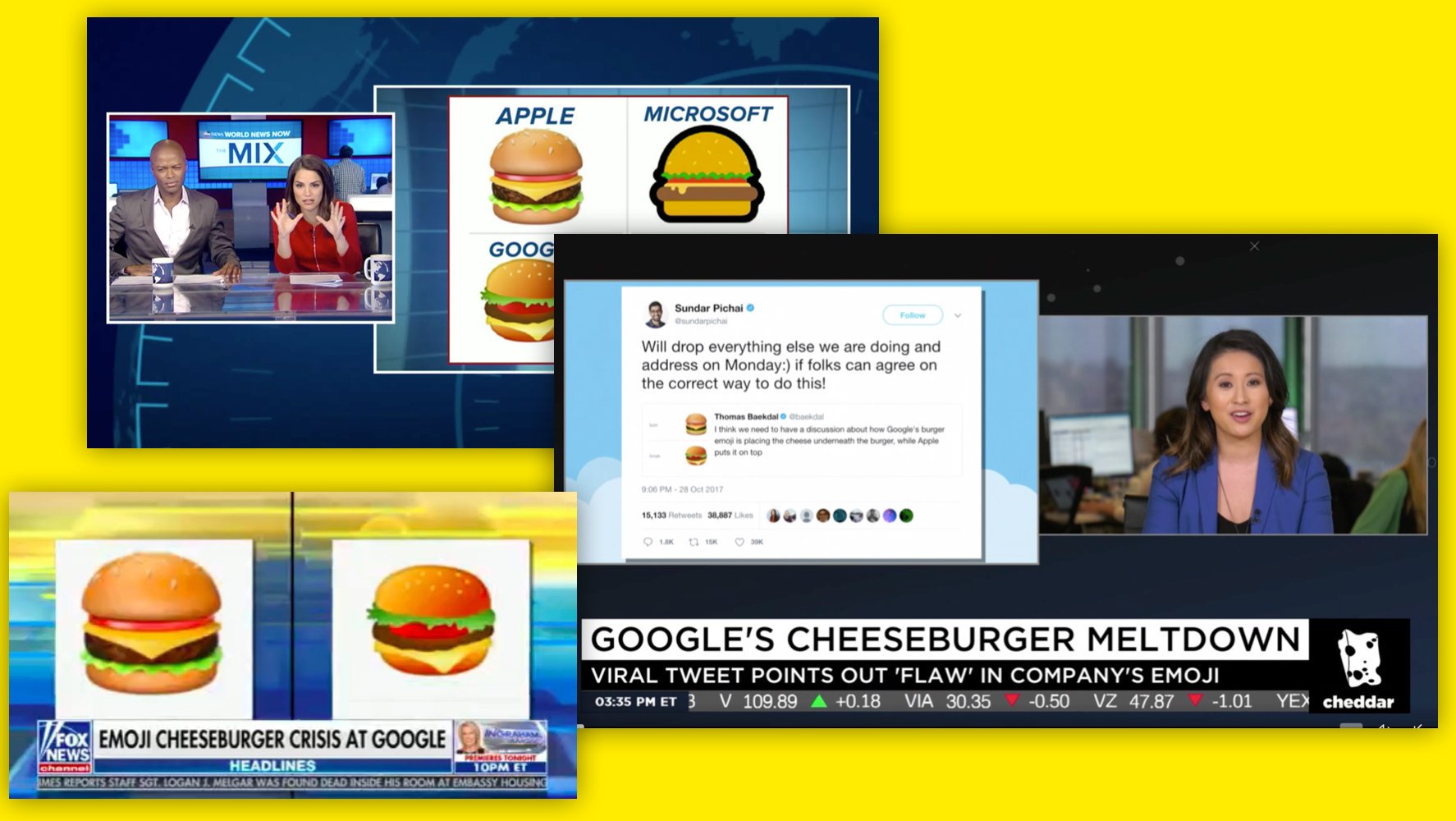 Above: Coverage of the Google's burger emoji issue of 2017.

Sure enough, the fix was released just weeks later in November 2017. This emoji update was called out by Pichai at the beginning of the Google I/O keynote this year. 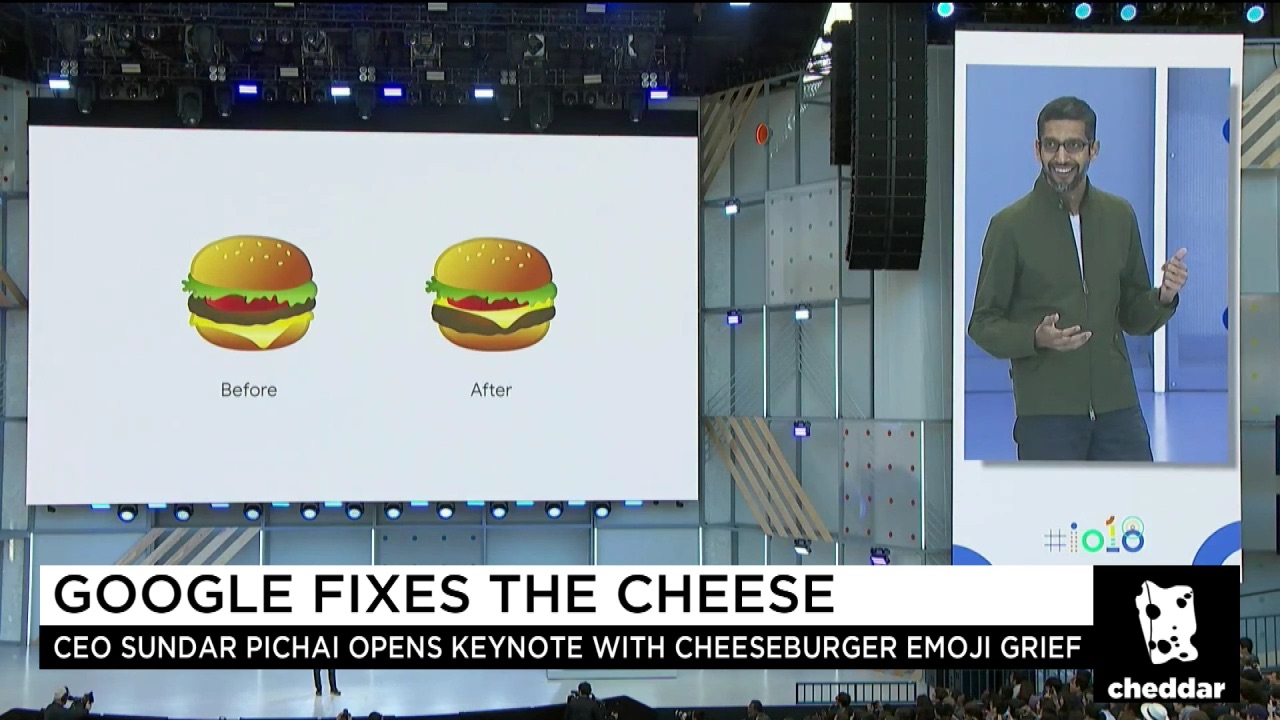