Google has updated its hamburger emoji after CEO Sundar Pichai last month said he would drop everything to address the previous design.

The new burger design sees the cheese moved from its previous location at the bottom of the 🍔 Hamburger emoji to place the cheese on top of the burger patty. This change applies to the forthcoming Android 8.1 release. 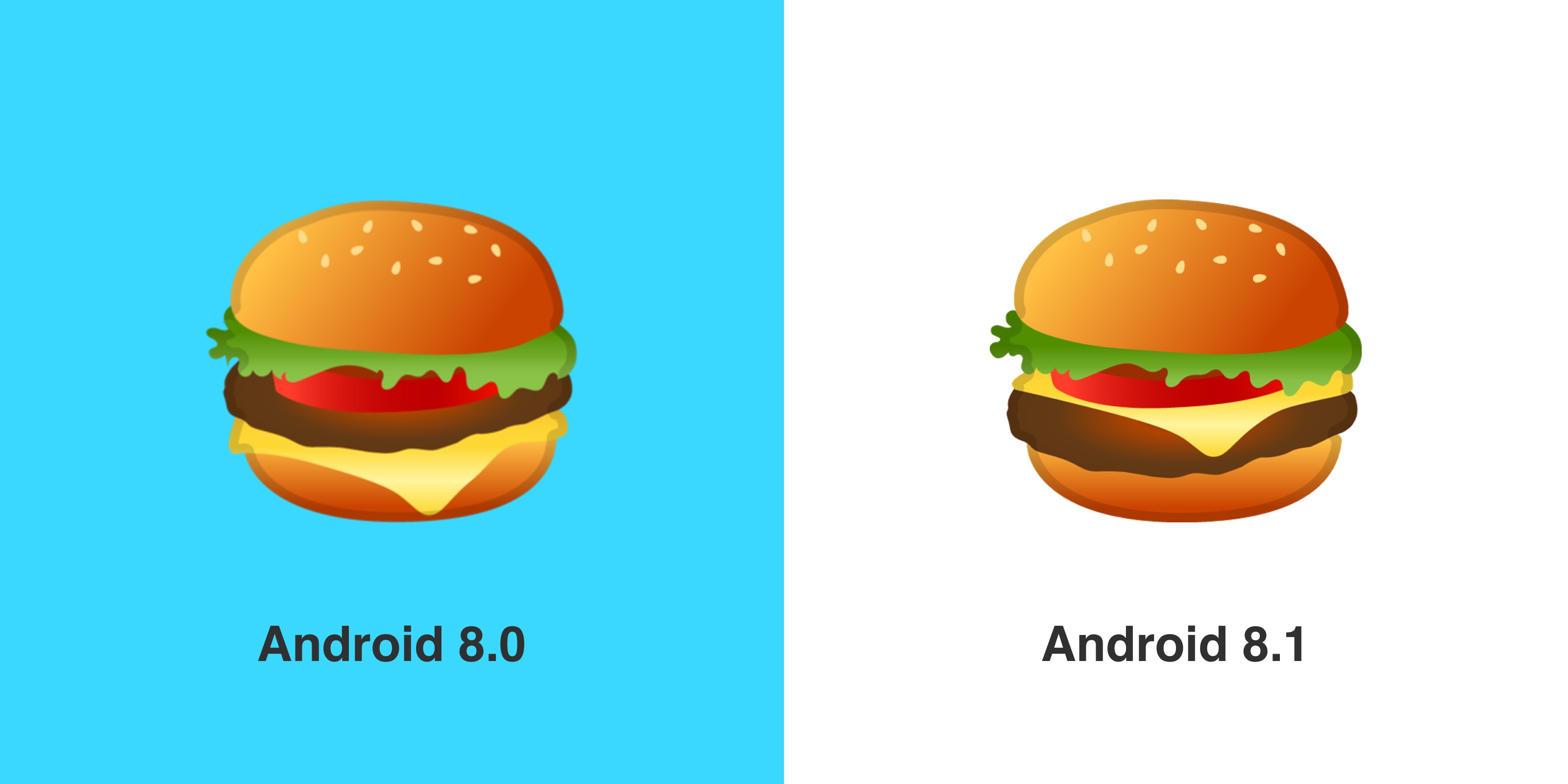 Other emojis to change in Android 8.1 include 🍺 Beer, 🍻 Beers and 🧀 Cheese.

🍺 Beer and 🍻 Beers no longer have froth appearing at the top of a half-poured stein of beer. 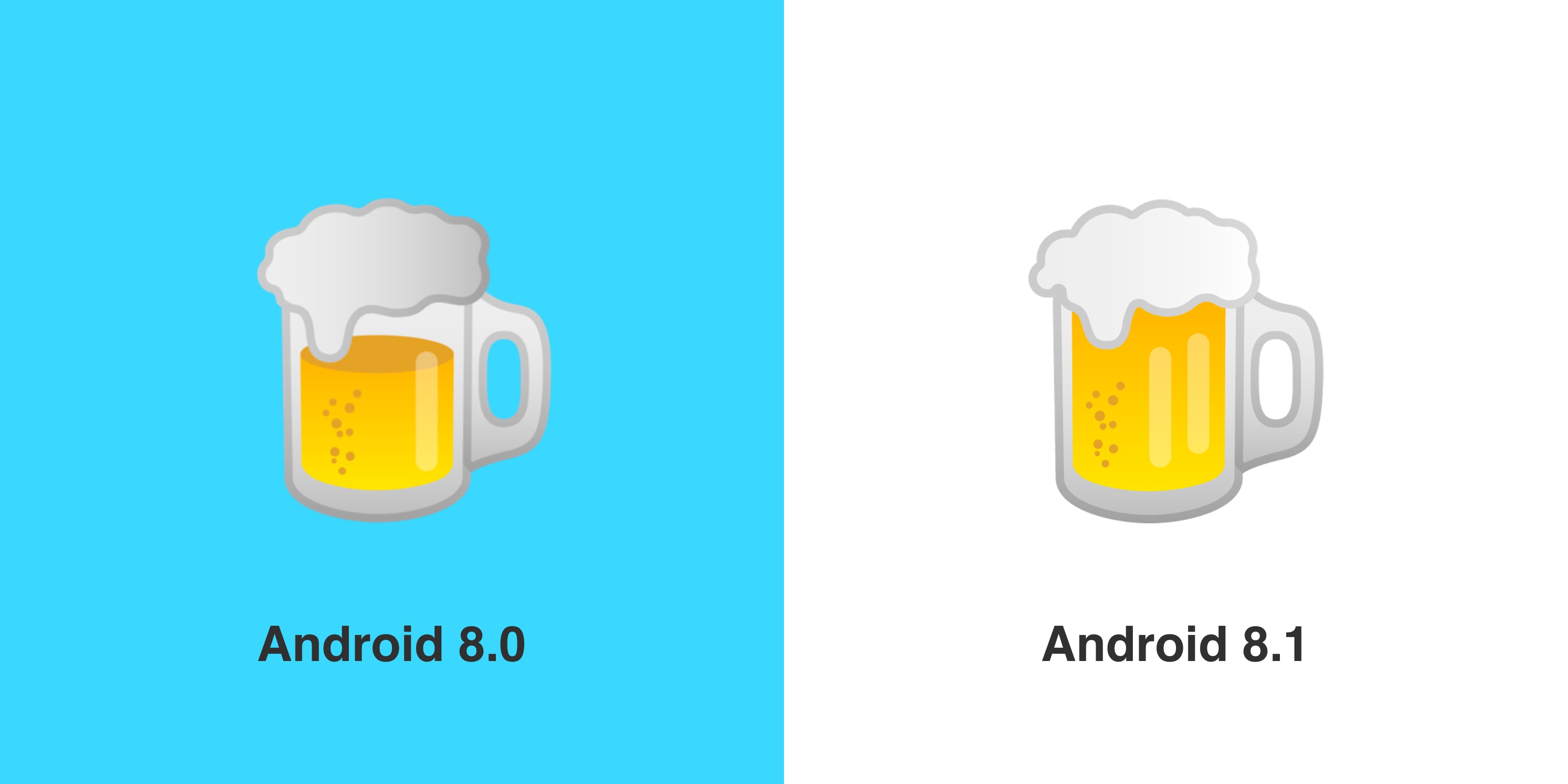 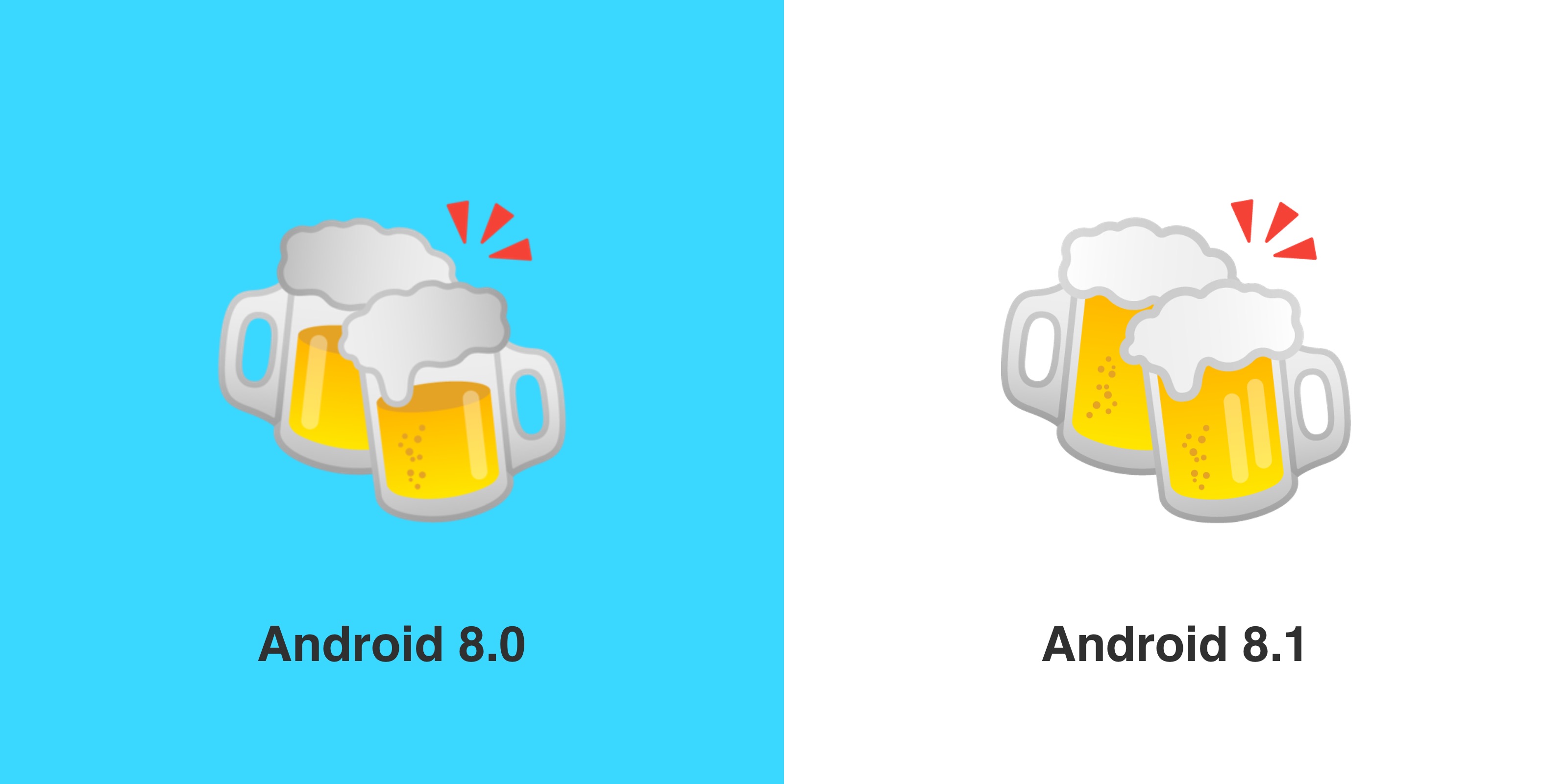 🧀 Cheese fixes a bug where holes on the edge of the wedge appeared to be painted on, showing a line running through them. 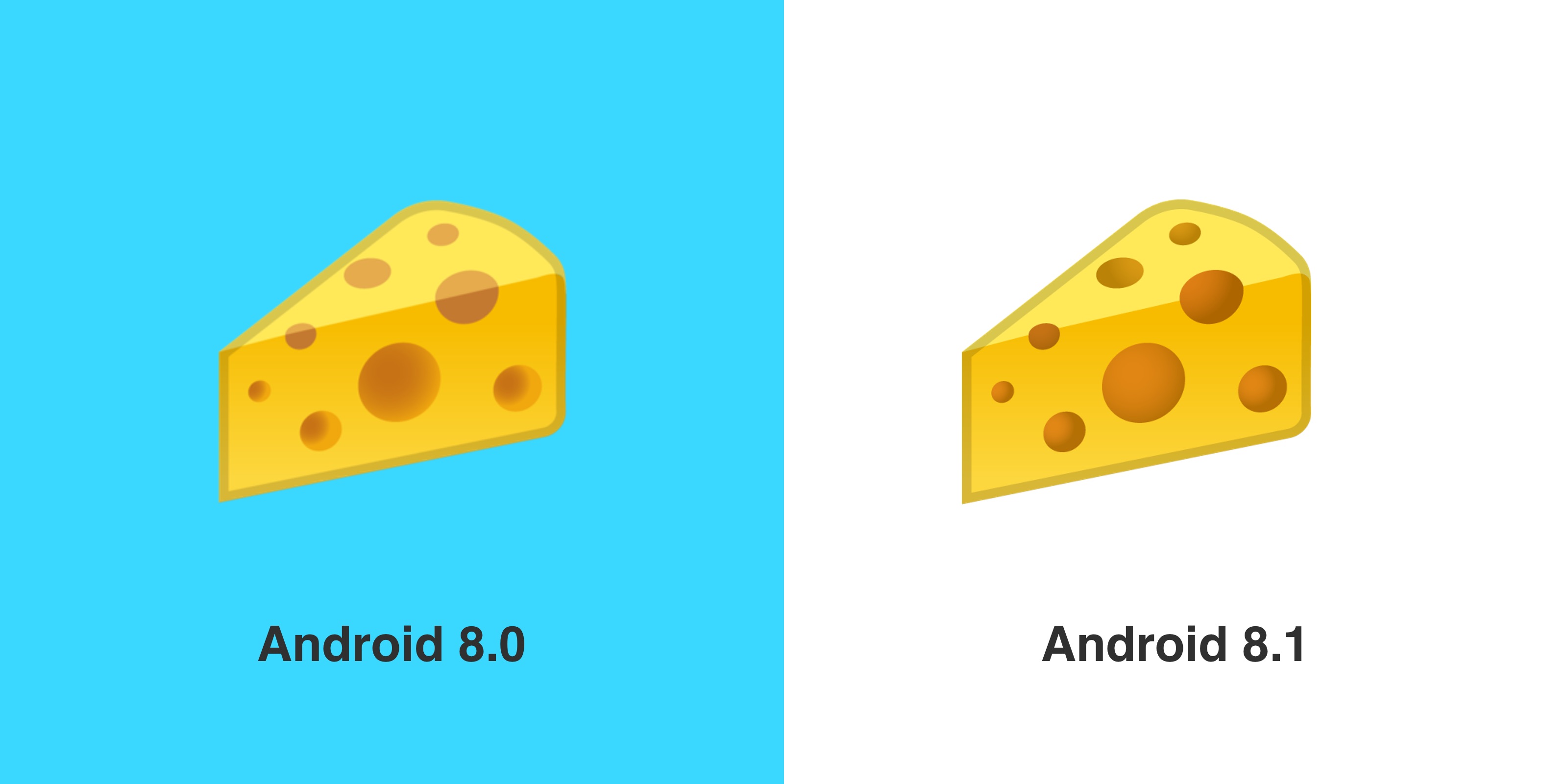 As this is a beta update, no changes are final, and these could change prior to the public release.

How the new burger emoji affects the serving of the burger at Google offices is not clear. For Googlers' sake I hope the cheese is returned to the top of the patty where it belongs!

Public feedback on the previous burger design was widely panned, as people do care about their food as much as their emojis, it seems. 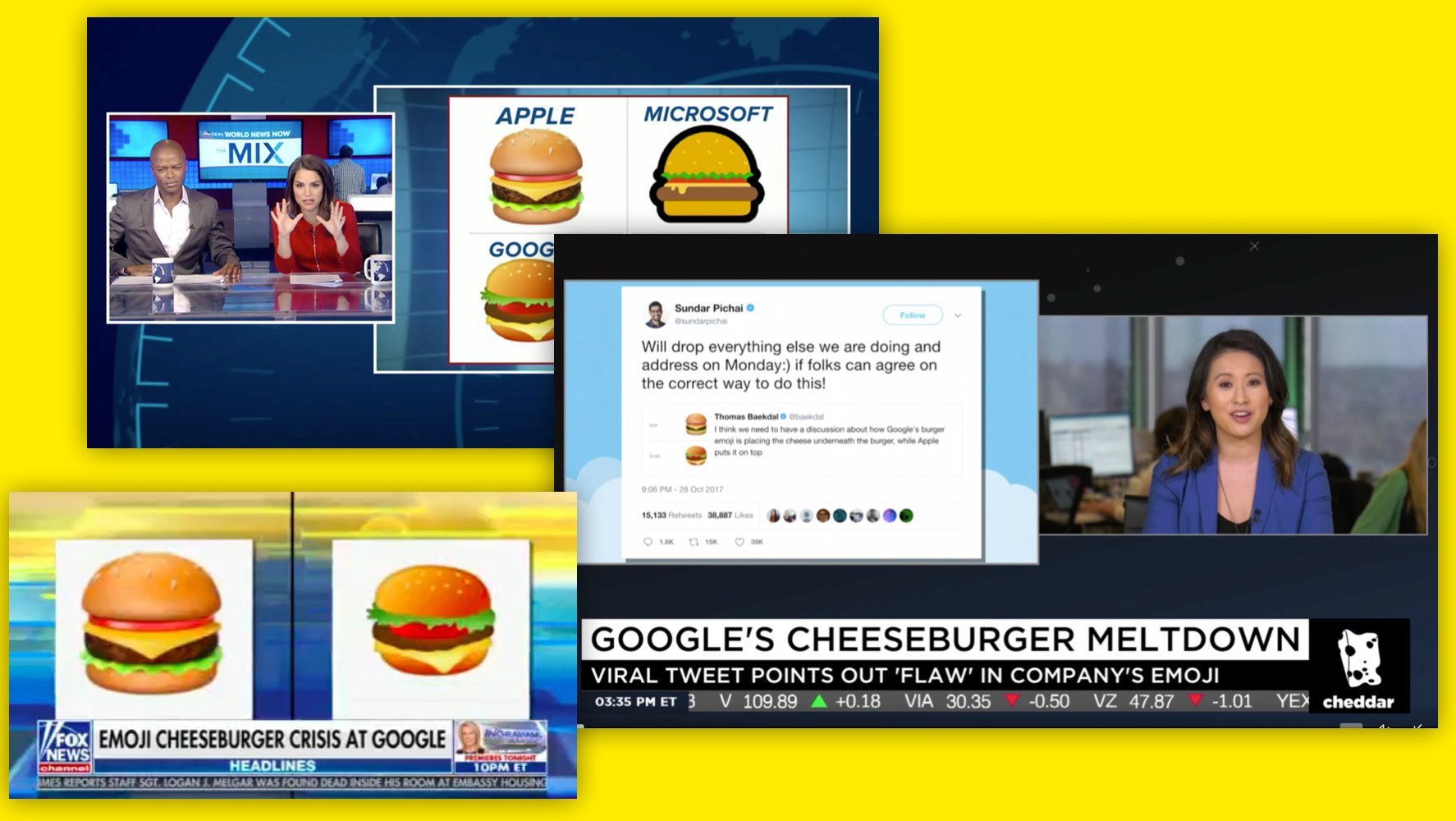 Above: Media coverage of the previous burger emoji design.

Responses to this latest update have been positive on Twitter, with the previous "cheese-under" design having few fans.

@Emojipedia It looks like Google fixed the beer and burger emojis in the latest 8.1 developer preview. The nightmare is over. pic.twitter.com/4tiRHLpJOm

Next phone is a Pixel https://t.co/F7A6BtthJG

Now Tim, how about that "lettuce under" design?[1] 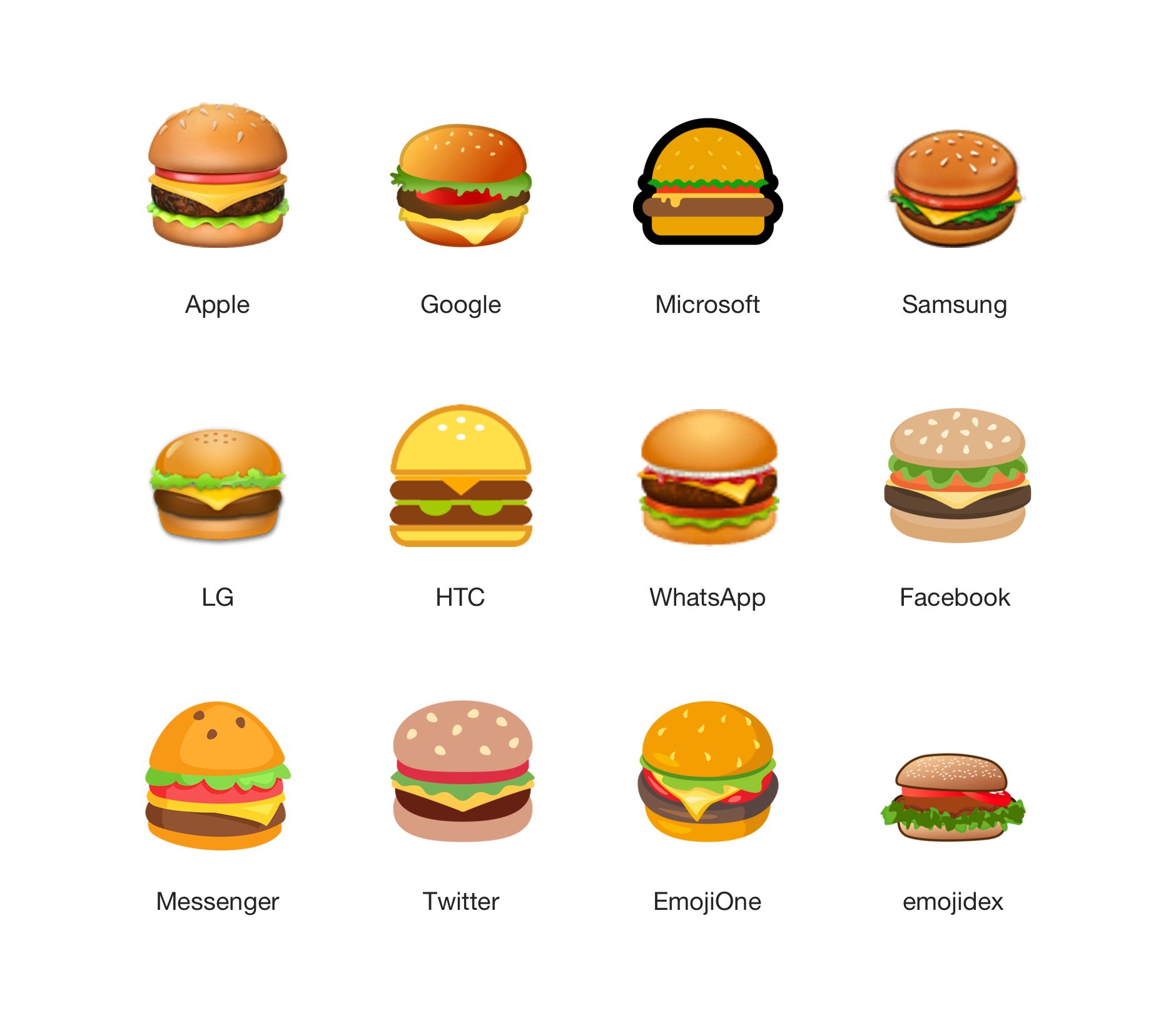 Above: Comparison of all burger emoji designs including Apple's burger with lettuce under the patty. Note: Android is still showing the current 8.0 image in this comparison, not the new 8.1 design.

Developers can download this release from Google, and a rollout will commence to the public when the final version of Android 8.1 is complete.

Update: Google Android 8.1 was released on December 5, 2017 with this burger emoji fix.

No need to flip out 😉 The new #Android cheeseburger emoji is fresh off the grill. Rolling out now with #AndroidOreo 8.1. pic.twitter.com/VecvloQlCj