Not this year. 88 new emojis are coming, and these form a second "emoji only" release for Unicode in 2016.

Most major vendors are expected to implement support for the 72 new Unicode 9 emojis throughout the remainder of 2016.

Generally, any new emoji discussion that arises between Unicode releases is channeled into technical reports and proposals, preparing for the next release. In this case; Unicode 10.0 in 2017.

This year is different, and the details are worth following.

This is the result of a directive at the Unicode Technical Committee Meeting in May for vendors to work together via the Emoji Subcommittee to reach a list of agreed characters to support.

Rather than have two or more documents attempting to address the Emoji Gender Gap, this work combines all gender-related work into a single list.

While the genesis of the work on this document was in ensuring women are better represented in emoji, all additions apply equally to men.

Above: Female and male versions of existing emojis are included. Image: Google.

No new emoji is suggested to have only a female, or only a male variation. The following broad categories are included:

The implementation for these characters is proposed as Emoji ZWJ Sequences.

Because these emoji use sequences of existing Unicode characters...vendors can begin design and implementation work now and can deploy before the end of 2016, rather than waiting for Unicode v10.0 to come out in June of 2017

Here is the full list of 88 new Emoji ZWJ Sequences being suggested.

This has been sourced from this spreadsheet which is linked from the main Gender Emoji ZWJ Sequences document. 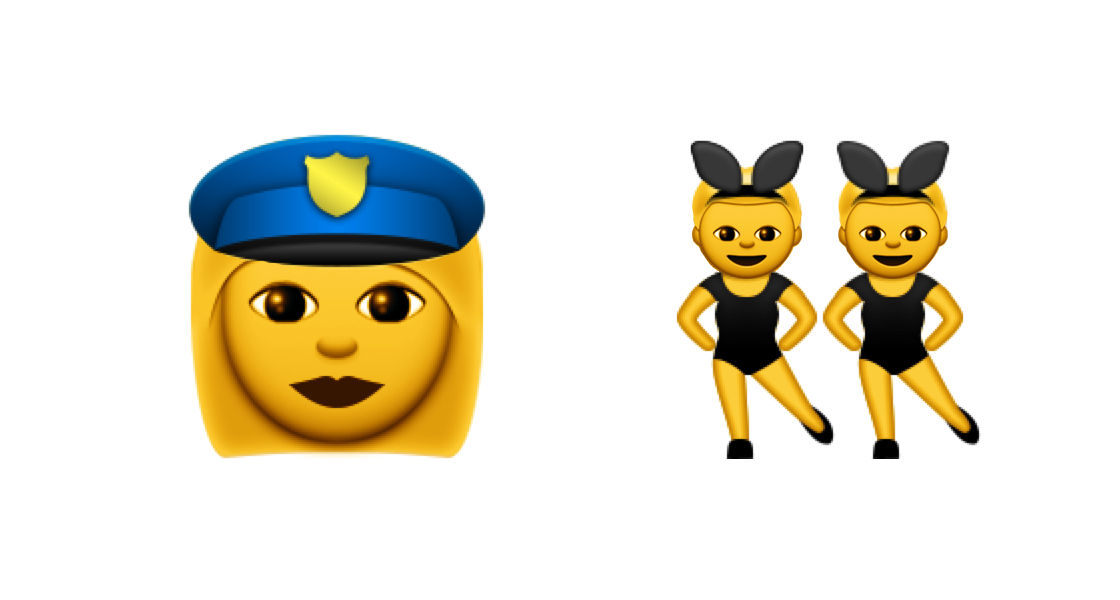 This list is not final, and additions may be made prior to vendors adding support.

As with other Emoji ZWJ Sequences, there is no need for any formal approval from Unicode for vendors to introduce these characters.

With that said, it makes sense for vendors to consult with one another before releasing new sequences, so that (for example) Google doesn't introduce 👩+🏫 to mean "female teacher" while Apple uses 👩+🎒.

The stated goal of this document is to have vendors add support "before the end of 2016".