The pandemic may have warped our collective sense of time, but time has always been strange in the emoji world.

Starting around April 2020, a cluster of articles popped up exploring the science of how time feels meaningless during a pandemic. According to the New York Times, Google saw an uptick in searches for the days of the week in 2020. The American Dialect Society nominated ‘Blursday’ and ‘Before Times’ for their 2020 Word of the Year vote. There is something very clearly bizarre about pandemic time.

Because the pandemic has altered the sense of time for so many, there is no moment like the present to explore the representation of time in emojis.

There are a handful of emojis that more or less tell time:

You could argue that any sun or moon emojis belong on this list, but those emojis have more diverse meanings, so I’ve excluded them from this particular analysis. I’m also not including any calendar emojis because I’m focusing on emojis that tell time in terms of hours and minutes, not days, months, or years.

Hiding in plain sight on emoji keyboards are 24 individual clock faces that are used several orders of magnitude less than face and heart emojis according to Unicode’s emoji frequency data.

They’re also used significantly less than the other timepiece emojis. There are 12 of them for each hour and another 12 for each half hour.

Why are there so many clock faces? The answer to this question is compatibility. When the Unicode Consortium was first deciding what characters to encode as emojis in 2009, they looked to existing emojis used by Japanese phone carriers. SoftBank, one such carrier, had 12 clocks showing the hour, which all became Unicode characters. The 12 clock emojis showing each half hour come from a different source: Wingdings.

All made it into the same version of the Unicode Standard: Unicode 6.0, released in 2010. This was the first Unicode release to standardize the emoji set.

I asked Mark Davis, the co-founder of the Unicode Consortium, if he would have approved all 24 clock faces if he knew then what he knows now about their usage. He told me “I don't think we would have added any more than one clock face,” if it weren’t for the legacy of these characters existing on Japanese phones and in Wingdings. Once an emoji is approved as a Unicode character, it’s a Unicode character for good.

So the 24 clock face emojis are here to stay, regardless of their relative lack of use today.

👁👁 How Do People Actually Use Clock Face Emojis? 🕐🔁🕒

I looked to three data sources to answer these questions: Emojipedia, Twitter, and Unicode. The Emojipedia data covers lookups for the period of December 2018–December 2020.

Emojipedia lookups don’t necessarily show us what emojis people are using, but rather what emojis they are curious about (sometimes because they want to use them).

Twitter data and Unicode's emoji frequency data are both based on actual usage of emojis and both show a similar ordering of the timepiece emojis.

When looking at usage data, ⏰ Alarm Clock is the overwhelming favorite. Possibly because of repetitive use for emphasis, as in ⏰⏰⏰REMINDER!!!⏰⏰⏰, and possibly because it appears in an eye-catching bright red on most platforms.

Digging deeper into the order of the clock face emojis, we can see that the top five clock faces are the same across data sets, though the order is shuffled.

This is likely due, in part, to the arrangement of various emoji keyboards and character selectors. Apple, Gboard for iOS, and Twitter all display times with the hour emojis grouped first from 🕐 One O’Clock to 🕛 Twelve O’Clock, followed by all the half hour emojis. (Gboard for Android has the clock face emojis arranged in a logical order with half hours interspersed among full hours.)

For people trying to find an emoji corresponding to an actual time, this ordering might come across as confusing, especially at a small emoji scale. Does Three Thirty come after Three O'Clock? No. On some emoji keyboards, it comes after Two Thirty.

If people were using the clock face emojis to represent the specific time depicted in each emoji, you would expect to see a more uniform distribution of use, rather than one that so closely follows the emoji order on standard keyboards and character selectors.

Additionally, Google (and other) search results might play a role in the ranking of these five emojis compared to other clock faces. If the clock face emojis are used interchangeably with each other and search engines surface the most popular clock emoji results, then these circumstances can work to further fuel the popularity of a small number of clock face emojis. 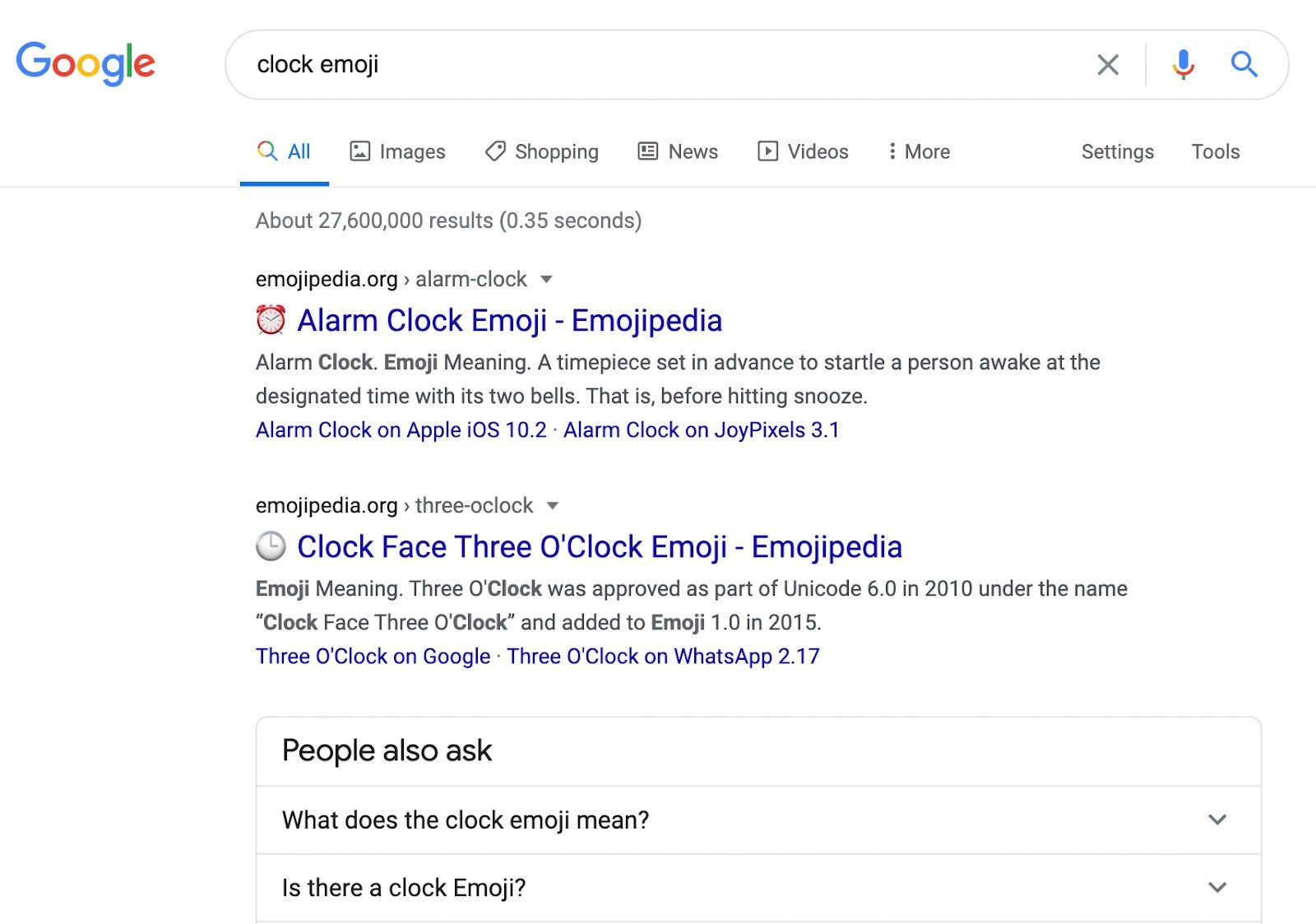 All this suggests that people are generally not using the clock face emojis to represent a specific time, but rather the broad concept of time.

Midnight is the exception. The Emojipedia data shows a surge in lookups for 🕛 Twelve O’Clock on New Year’s Eve.

There’s evidence to suggest that the clock face emojis are used mostly interchangeably, but does this hold true for the other timepiece emojis (⏰⏲️🕰️⏱️⌚⌛⏳)? One way to get at this question is to look at context. What other emojis appear with the timepiece emojis?

We can see what emojis are more likely to appear with a target emoji than to appear at random with any emoji by calculating a relative frequency.[2:1] The chart below shows which emojis have the highest relative frequency, and therefore are more commonly seen alongside each of the different timepiece emojis. Categories are grouped by color (timepieces=purple, money=green, calendars=pink, events=blue, checks/boxes=gray, and sports=yellow).

If the timepiece emojis are used interchangeably, we would expect a high degree of overlap in the columns above.

While there is some variation among the emojis in the chart, a few themes emerge.

Timepiece emojis are more likely to appear with other timepiece emojis. This is often expressed as a string of emojis to represent the general idea of time, often emphatically.

When used with timepieces, money emojis often form the phrase “time is money.” This happens across all categories of timepieces.

These emojis are used to adorn event listings with date, time, and location, making them more colorful and attention-grabbing.

Even in cases when a specific time exists as a clock face, people will often opt for a timepiece that is not time-specific and write the time of the event next to it.

Checks are used in tweets much like they’re used in non-emoji form. The tweets often reference an accomplishment or fulfilled requirement.

Check marks are also used alongside clocks by organizations promoting events, and so may appear with the emojis in the category above.

Visiting us this summer? Head to our website for all the information you’ll need to plan your visit:
🎟 Tickets ✅
🕰 Entry times ✅
⛪️ Must sees ✅
🙏🏿 Service times ✅
👨‍👩‍👧‍👦 Visiting with kids ✅
🍽 Food and drink options ✅
🛍 Shop ✅
♿️ Accessibility ✅
➡️ https://t.co/mqkquNWXAR

Whats your favorite song on ✅⏱?

Sports is an interesting category because of its absence from the 2020 data. ⏱️ Stopwatch had three sports-related emojis in its top five pairings in 2019 compared to only one in 2020. This is a reflection of the reduction in professional sports in 2020 due to the pandemic, as Keith Broni discusses in Emoji Trends That Defined 2020. There is just a lot less need for an emoji like 🏟️ Stadium in a year when fewer people are going to games.

⏰🤔🕛 What Can We Learn From Emoji Representations of Time? ⏳🤔⌛️

It’s clear that timepiece emojis are used interchangeably. This is because when people use a timepiece emoji, they’re often discussing the concept of time rather than a specific time.

When I say emoji time is meaningless, I’m not saying there is no meaning to timepiece emojis. I’m saying the meaning is different than intended or expected. There is logic to these emojis, but this logic is more about keyboard placement and the general vibes they exude than the hour or specific type of timepiece depicted.

While the trippy feeling of pandemic time may fade after 2021, emoji time will remain strange forever. 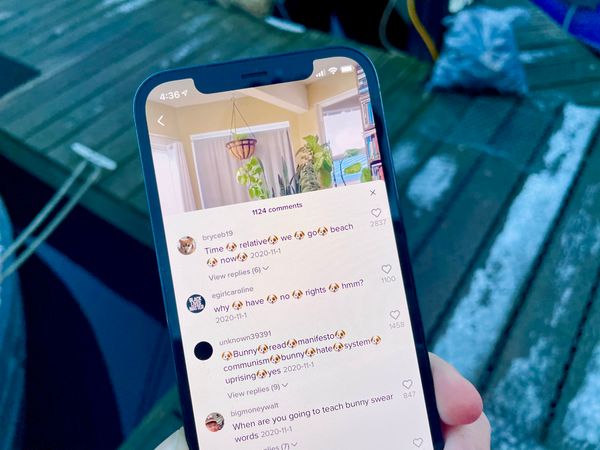 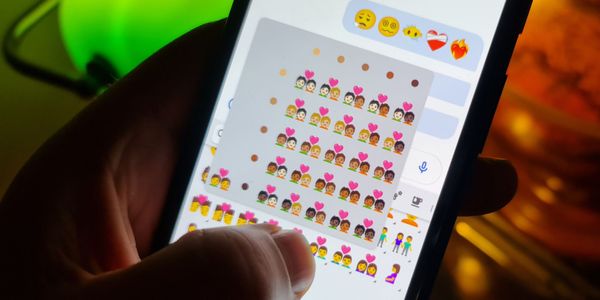 Owners of Google's latest Pixel phones now have access to new 217 new emojis, including a face exhaling and a heart on fire, as well as options to mix and match the skin