An analysis of 6 billion emojis used over the past two years shows women continue to use more emojis than men, negative emoji use spikes over night, and Virgin Atlantic sees more positive emojis in its mentions than American Airlines.

Assessing Twitter data between September 2015 and September 2017, Brandwatch has broken down emoji use by gender, location, brand, time of day, and more. 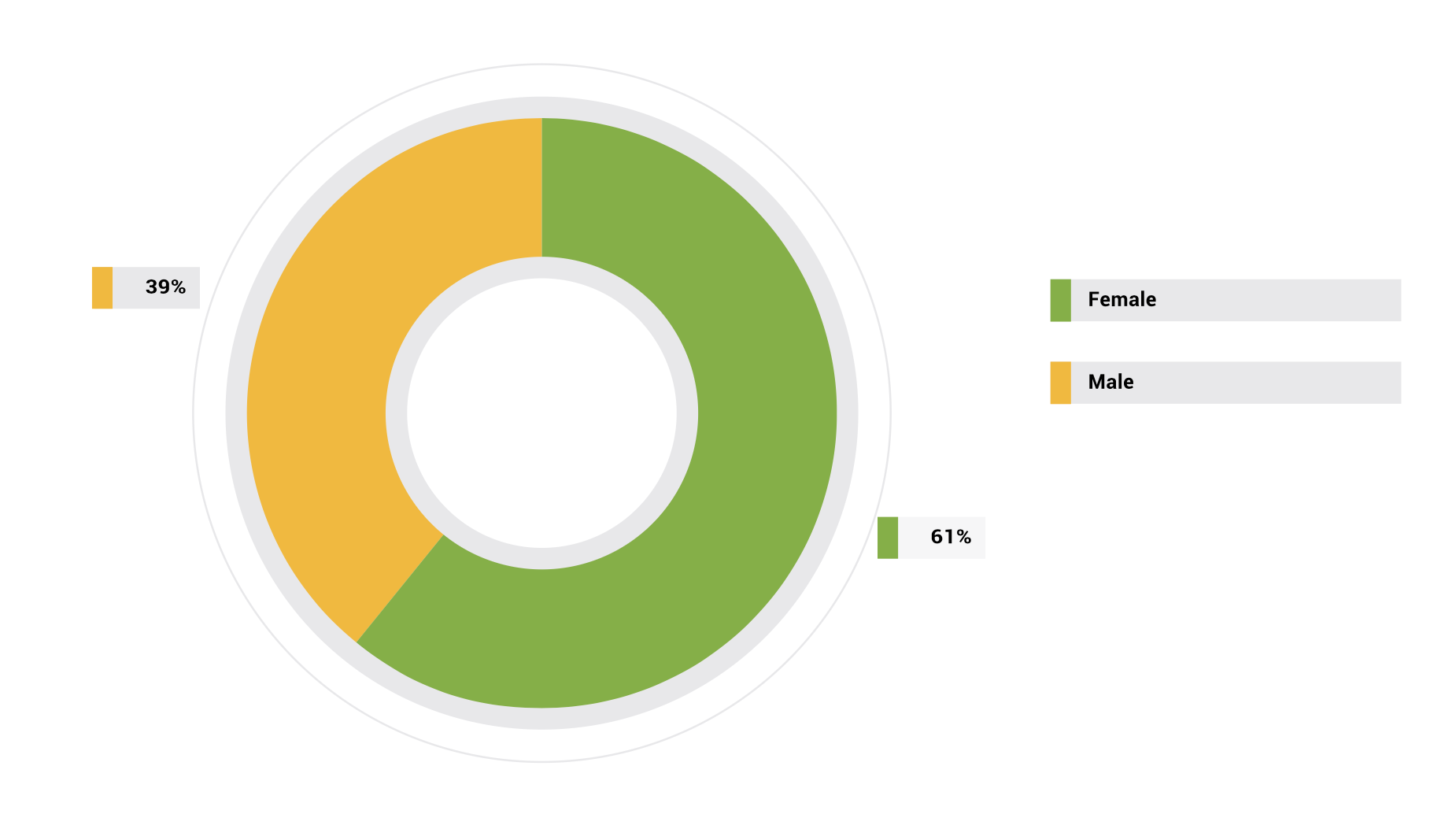 Above: Men are shown to use fewer emojis than women. Image: Brandwatch.

No surprises when it comes to the top emojis, which continue to show 😂 Face With Tears of Joy as the most used emoji of 2015-2017.

The top 150 emojis used on Twitter in this period as determined by this report are shown in the header image for this article.

Above: Popular emoji use varies (a little) beteween men and women. Image: Brandwatch.

The Netherlands, United Kingdom, and Greece the most likely countries in Europe to use negative emojis (eg 🙁☹️😔) compared to positive emojis (eg 😀😁😍). 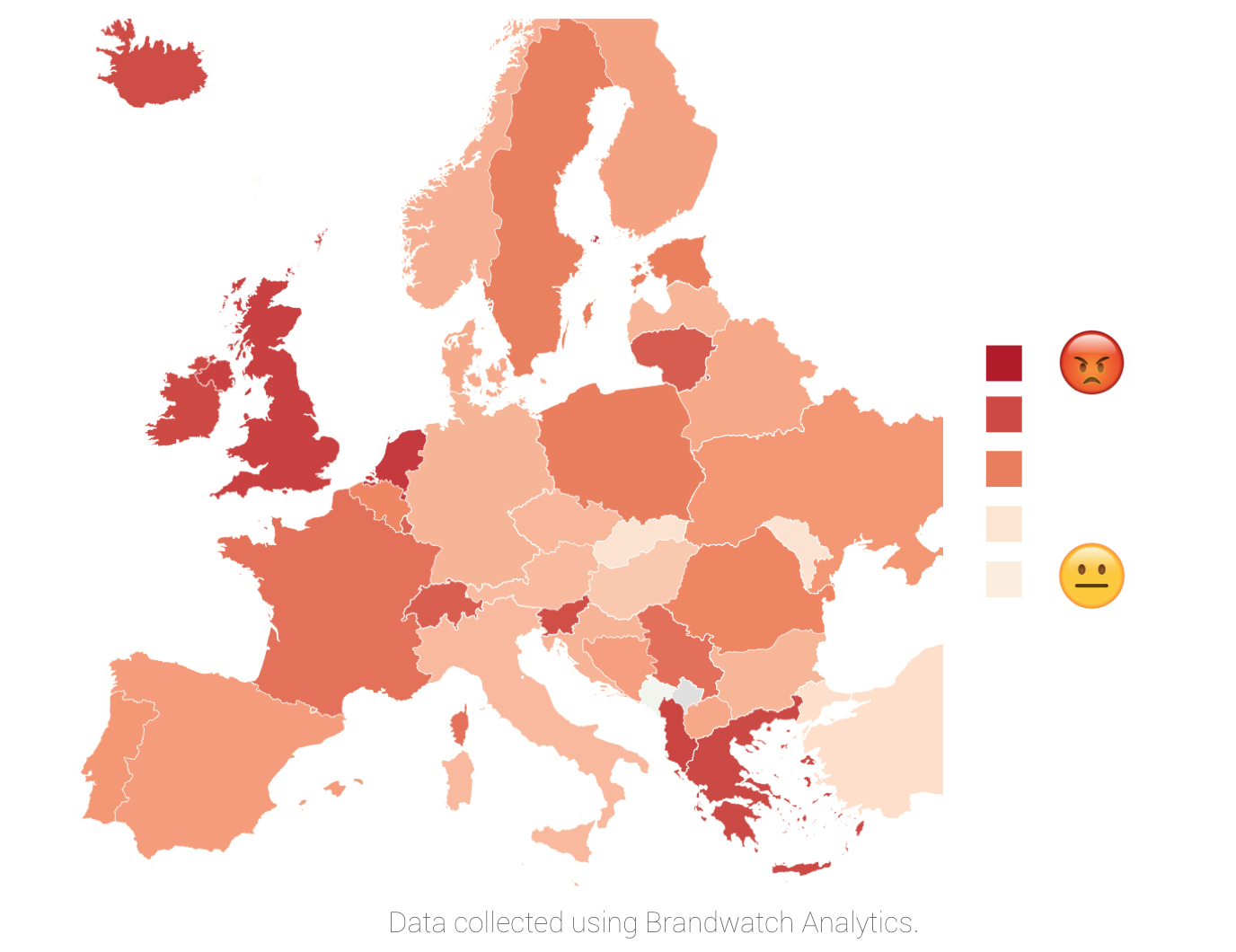 Above: United Kingdom “one of the most negative” emoji-using countries in Europe according to this analysis. Image: Brandwatch.

Regarding the EU (Brexit) referendum of 2016, Brandwatch notes:

“Fear emojis spiked to an all-time high in the run-up to the EU referendum. However, use of fear emojis dropped dramatically following the result 😨”

An Emojipedia analysis in 2016 similarly showed negative sentiment around both the US 2016 election, and Brexit. 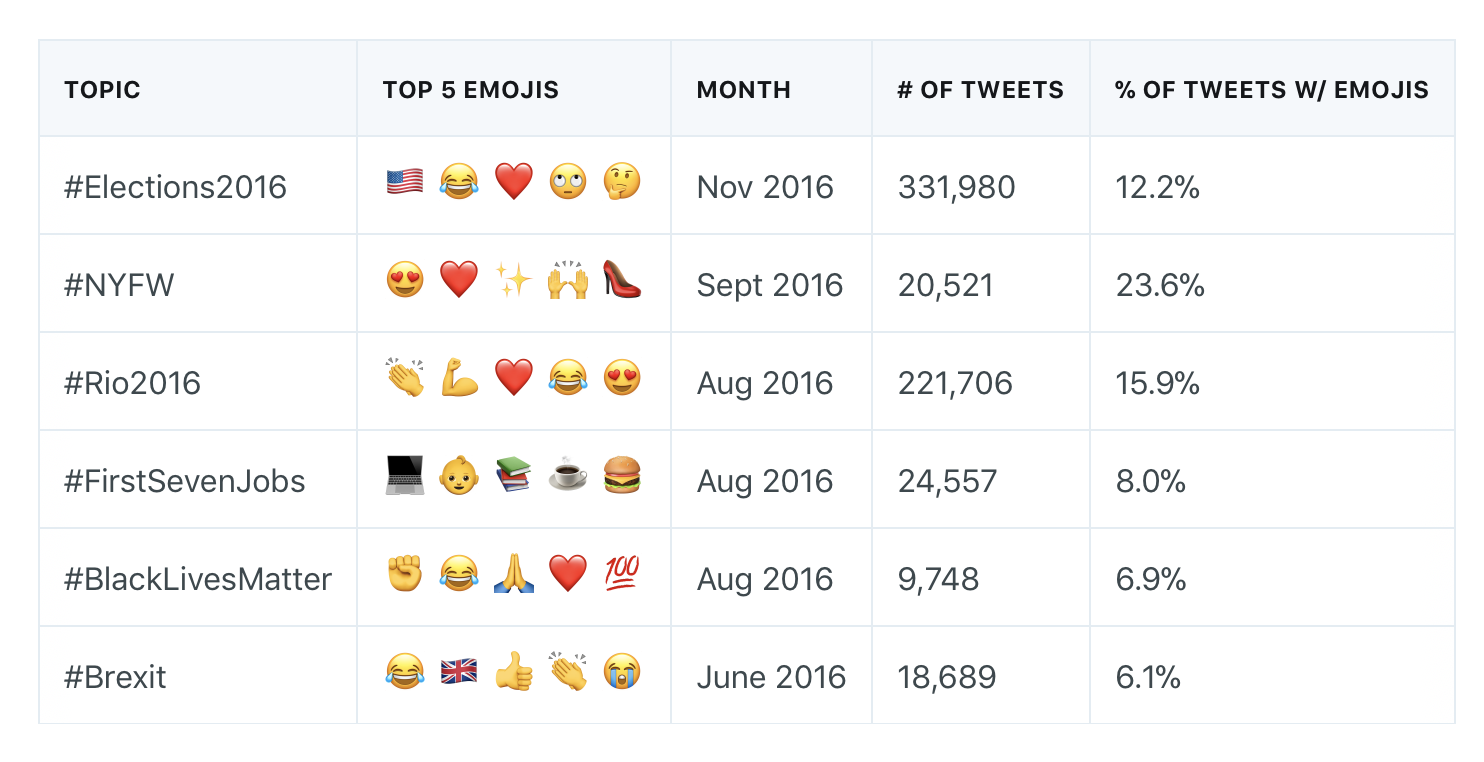 Brands, always keen to see that they are pleasing their customers (and potential customers) online may find some interest in the # of positive or negative emojis used in conjunction with their Twitter handles. 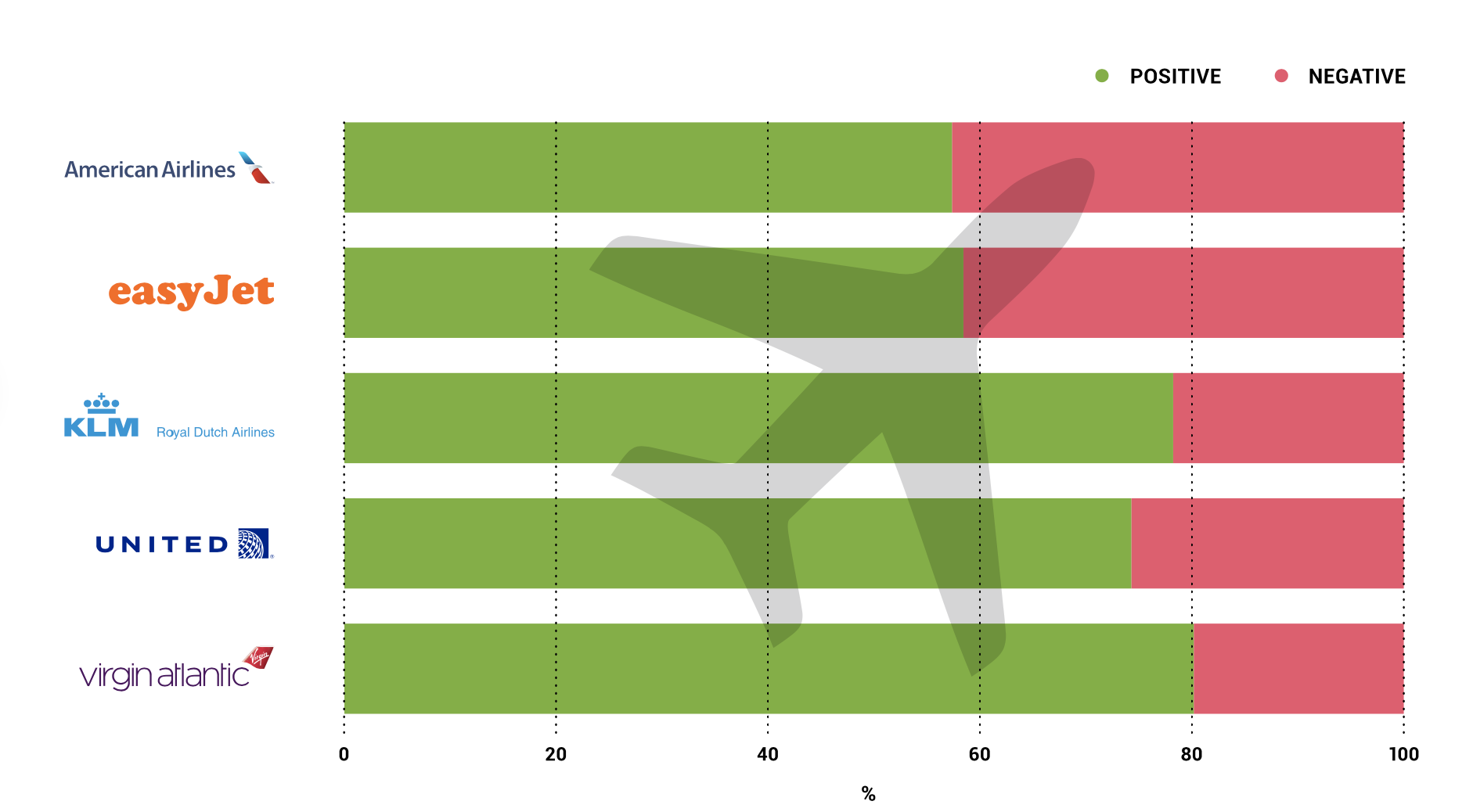 Above: Virgin Atlantic showing a high rate of positive emojis in its mentions on Twitter. Image: Brandwatch.

The full details can be found at Brandwatch (free, but requests details to access the report).

Previously, Emojipedia has analysed how we really use the peach emoji and Facebook has taken a look at the ages of their emoji users. 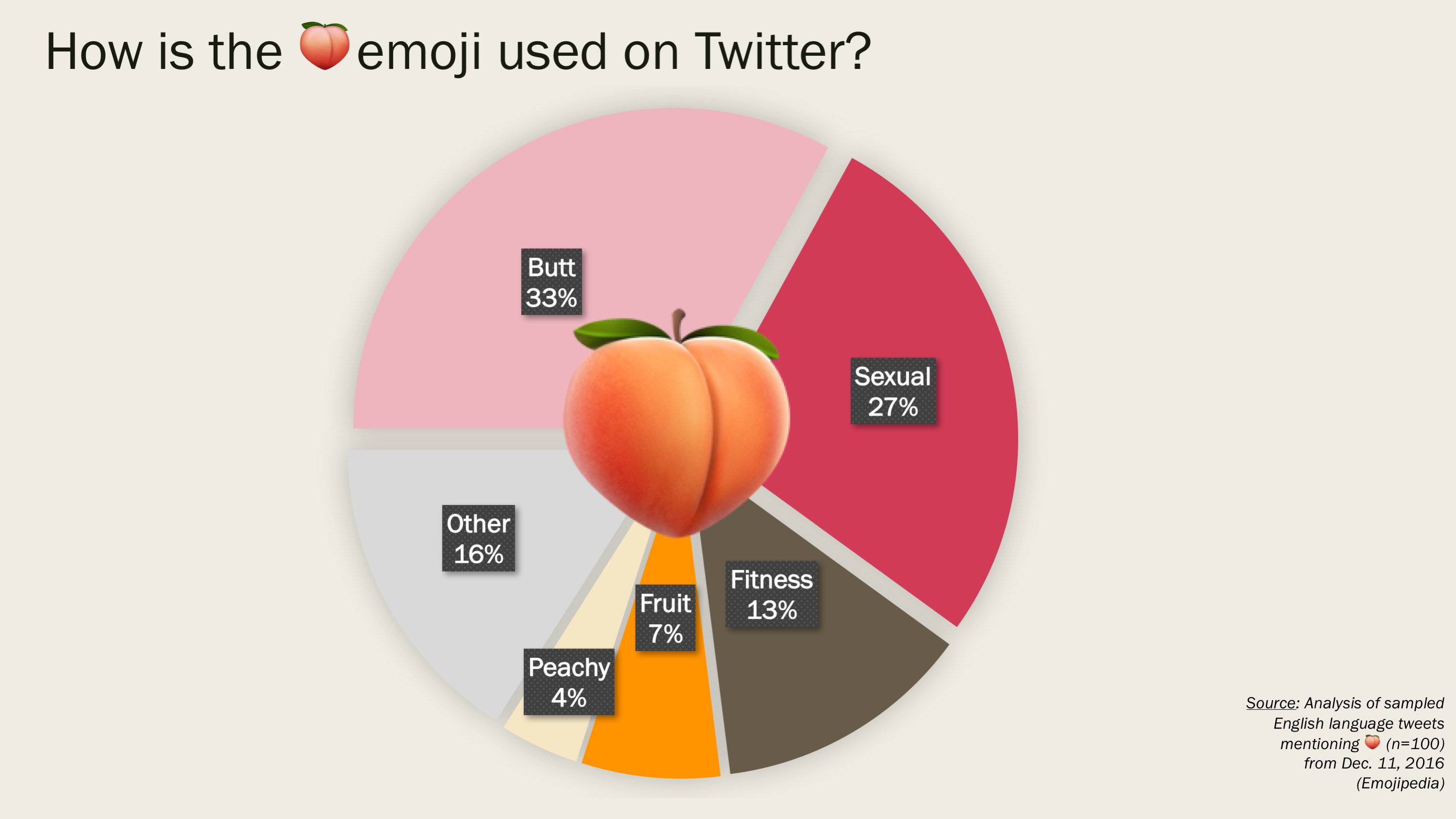 Above: A breakdown of the contexts the peach emoji is used in. Image: Emojipedia.