Google has today shared new statistics that show 😘 Face Blowing a Kiss beating out the 😍 Smiling Face With Heart-Eyes emoji.

It is World Emoji Day after all, and Google noted: “to celebrate this day with the global community, we took a look at some of the most popular emoji used on Gboard around the world”.

Rounding out the top five are ❤️ Red Heart in fourth place, 😊 Smiling Face With Smiling Eyes in fifth place, and of course 😂 Face With Tears of Joy in first place

The interesting part of emoji analytics is that we all tend to use more similar emojis than one might think.

Rather than ranking the top emojis per language, Google looked at which emojis are more popular in various languages.

While the popularity of many of these emoji are common across different languages, we also found that some emoji are more uniquely used in certain languages over others, noting:

“For example, Italian and Russian speakers send each other kisses 💋 more frequently than speakers of other languages. And speakers of two languages from Southeast Asia are big fans of sunglasses 😎” 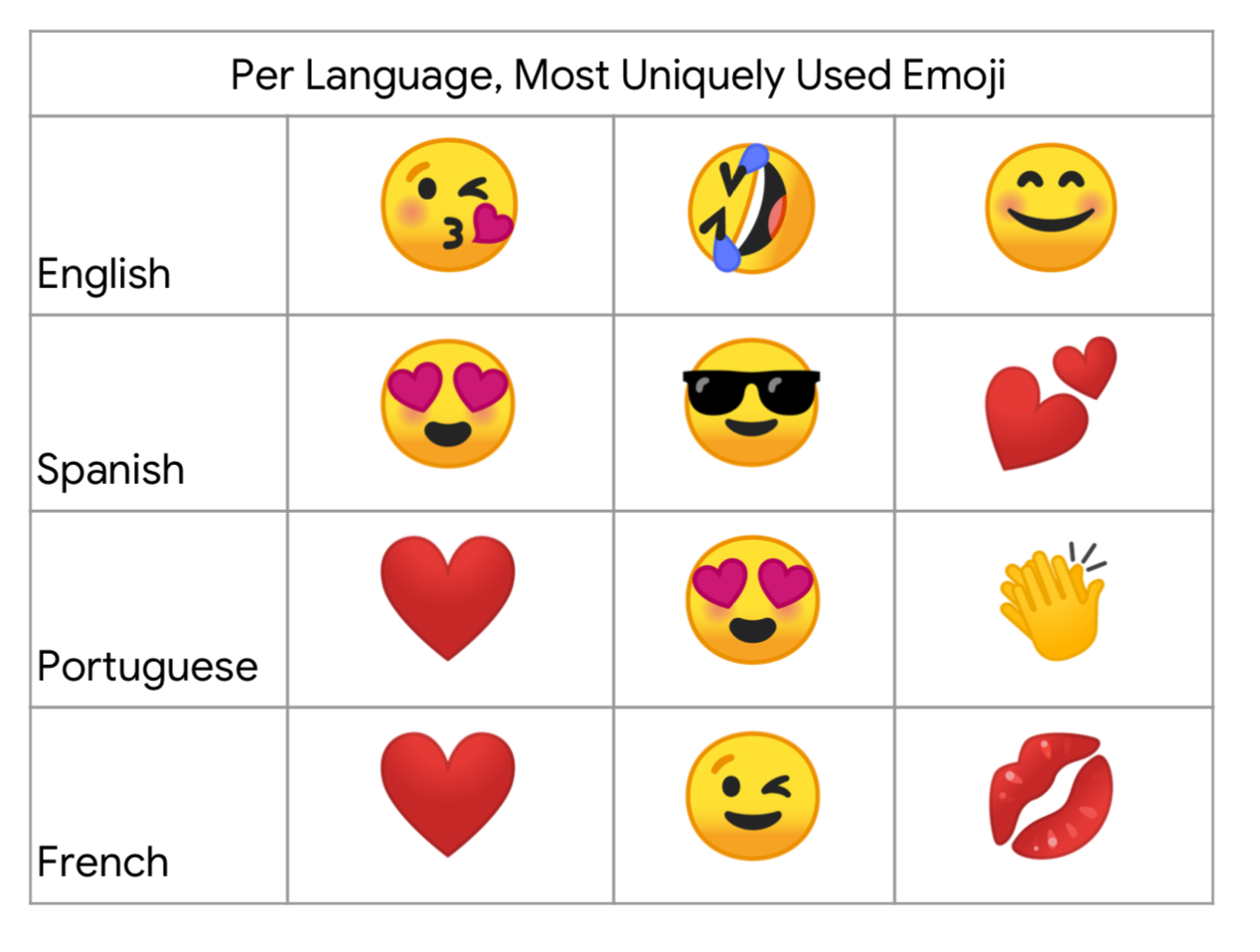 Those two languages that use 😎 Smiling Face With Sunglasses more than any other? Thai and Vietnamese. 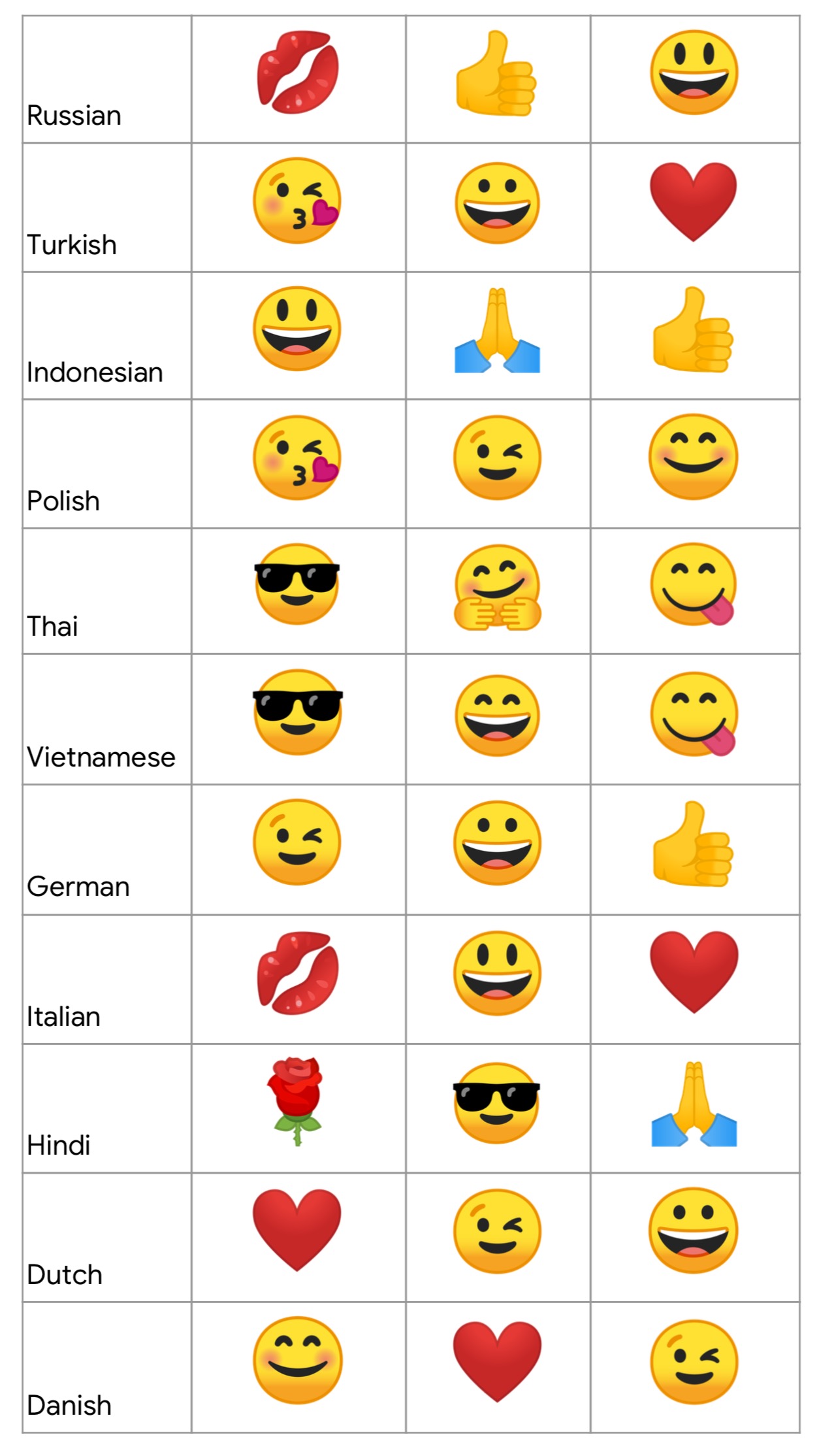 Lastly, recognizing the ongoing mourning for Android's old blob emojis, Google is including more of the blobs in their downloadable animated sticker pack.

“Just in time for World Emoji Day, we’re launching a new animated sticker pack today—on both Gboard and Android Messages—featuring Google’s lovable original “blob” emoji. The sticker pack has double the blobs of the original sticker pack, which ​launched​ on Allo last summer. Some favorites include the octopus, broken heart, the dancer, and many more.”