The latest version of WhatsApp for Android includes new emojis such as Smiling Face with Tear and Pinched Fingers.

This follows an update in recent months where support was provided new gender neutral emoji support. 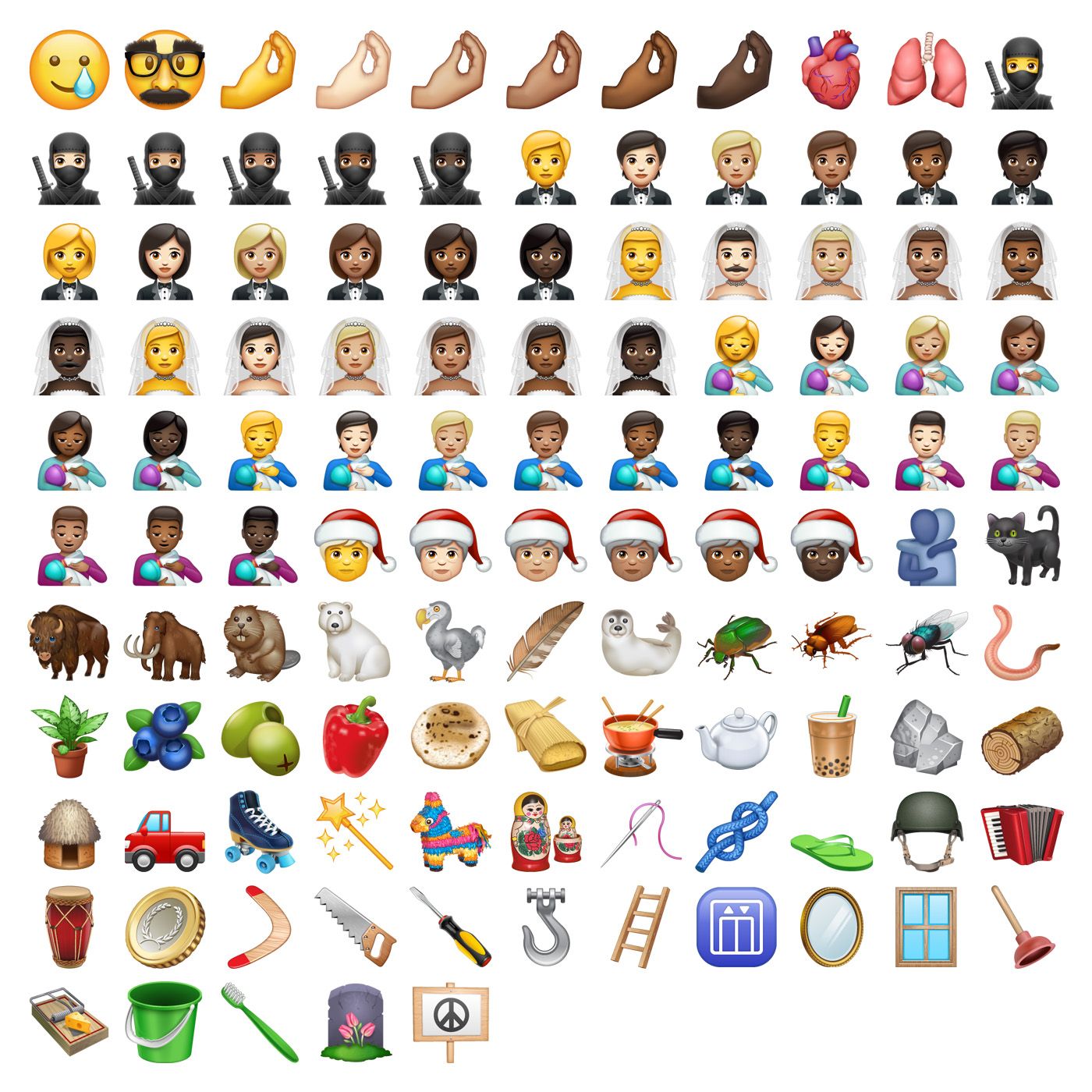 Above: all of the new emojis featured in WhatsApp 2.20.206.24. Image: WhatsApp designs / Emojipedia composite. 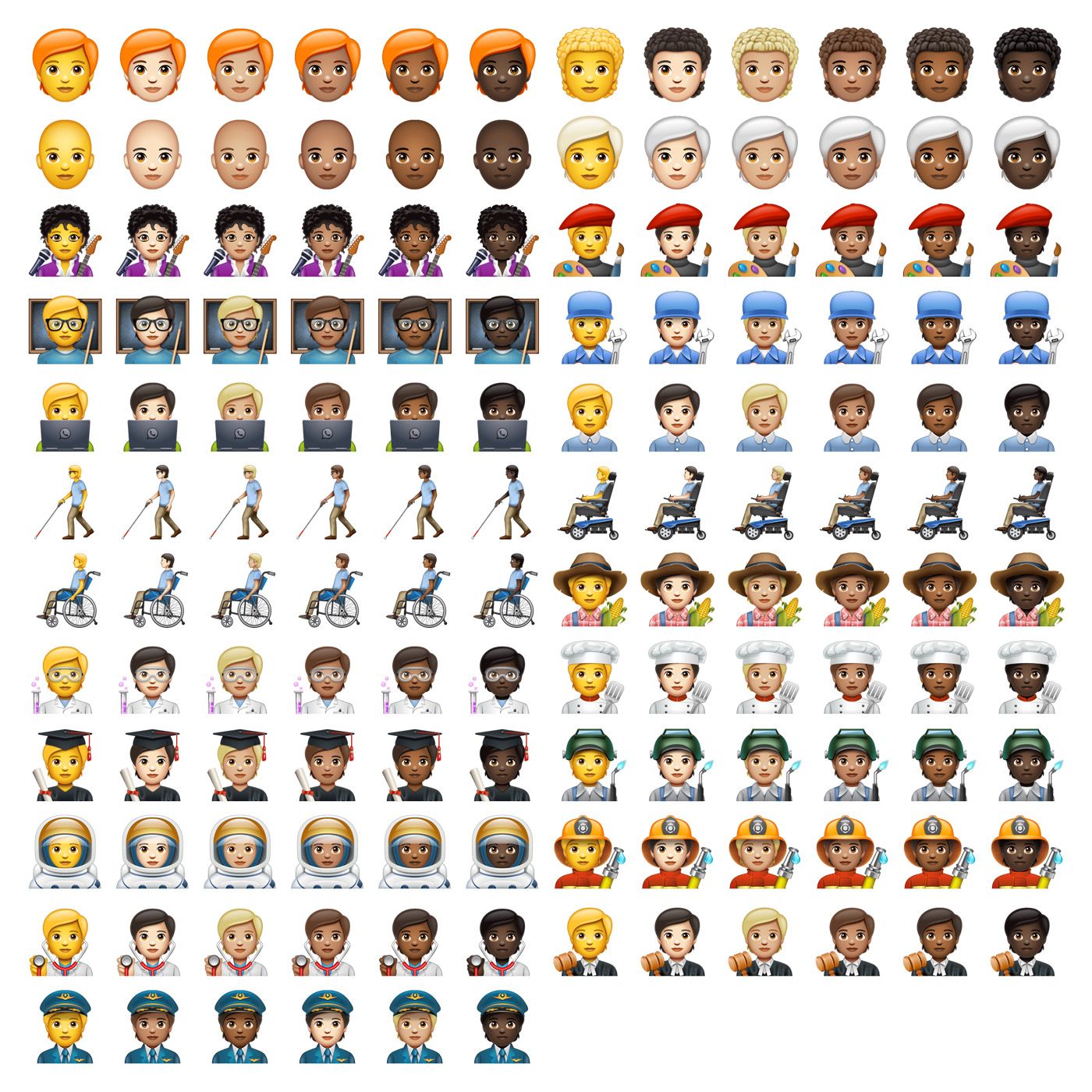 Above: all of the emojis that were made available in WhatsApp 2.20.198.15 earlier this year. Image: WhatsApp designs / Emojipedia composite.

The emojis in this update have been released in recent months on iOS and on Android phones from Samsung and others. WhatsApp for Android eschews the system-wide emojis usually provided by Google or Samsung, and implements its own designs, shown here. 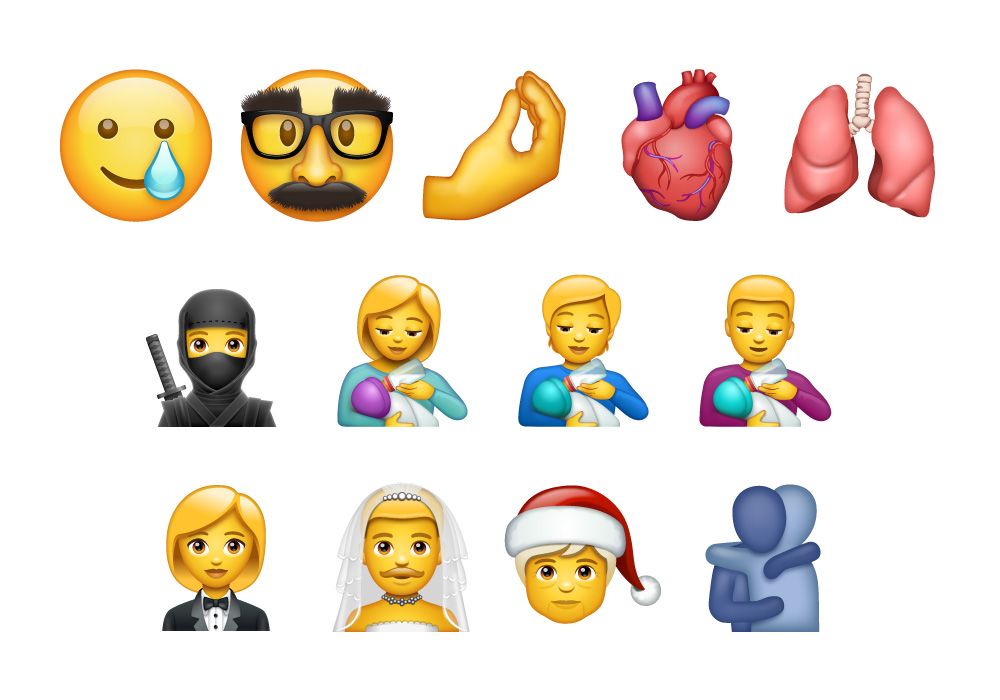 The update also features 12 new animal emojis, 8 new food and drink emojis, and an additional 30 emojis that can be placed within the broad categories of nature, objects, and symbols. 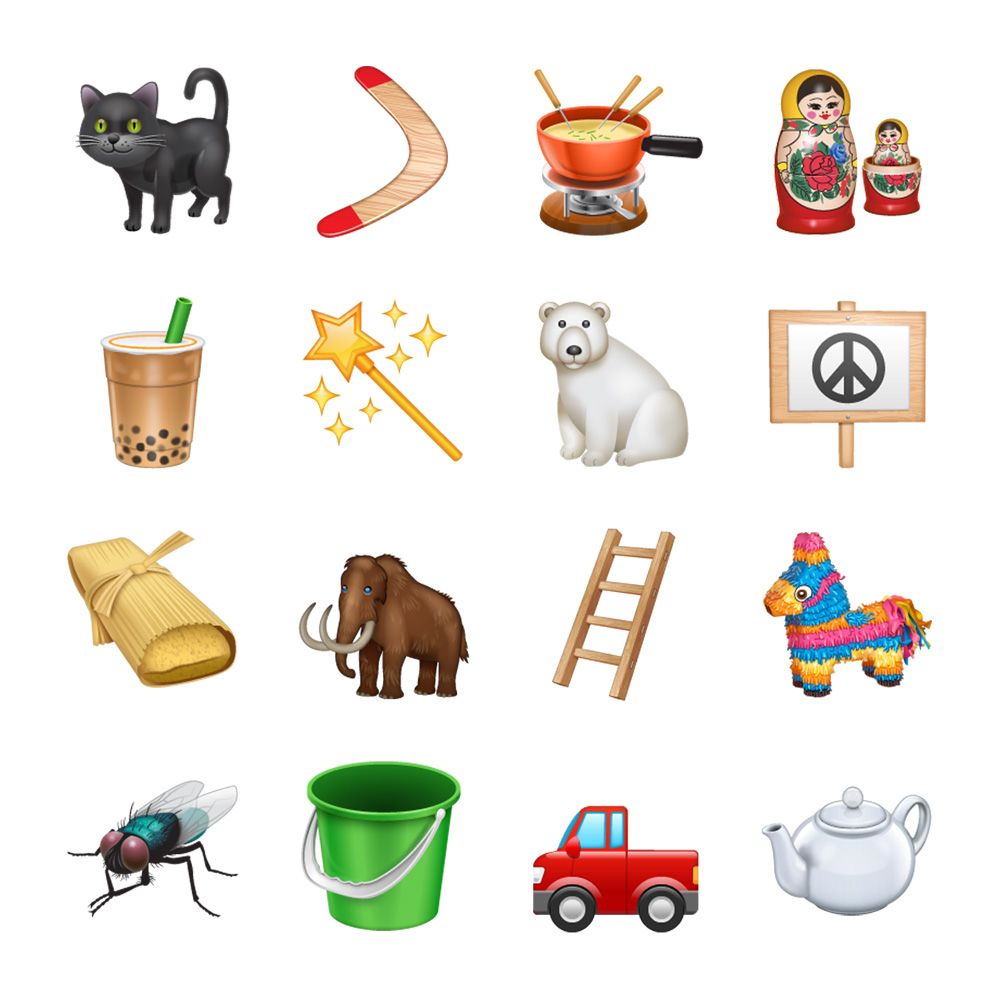 Users may notice some divergence in the appearance of new emojis. Some appear more closely aligned to Samsung's emoji set, while others are closer to Apple's design choices.

Traditionally, WhatsApp emojis have been more aligned with Apple's choices than those from Google, and that (mostly) continues in this release. 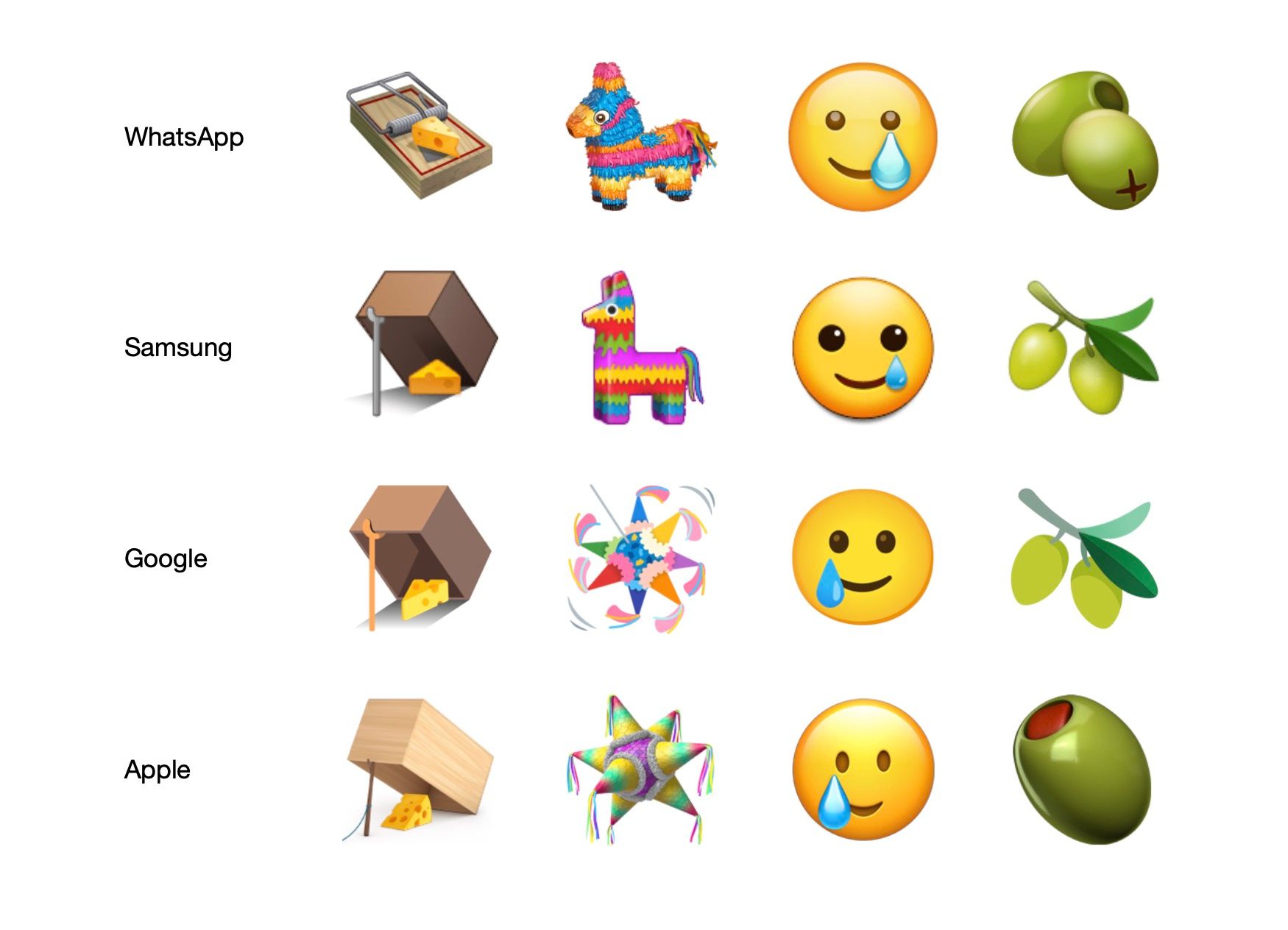 The 138 new emojis included in the WhatsApp 2.20.198.15 were all new gender neutral versions of people with skin tone modifier variants. 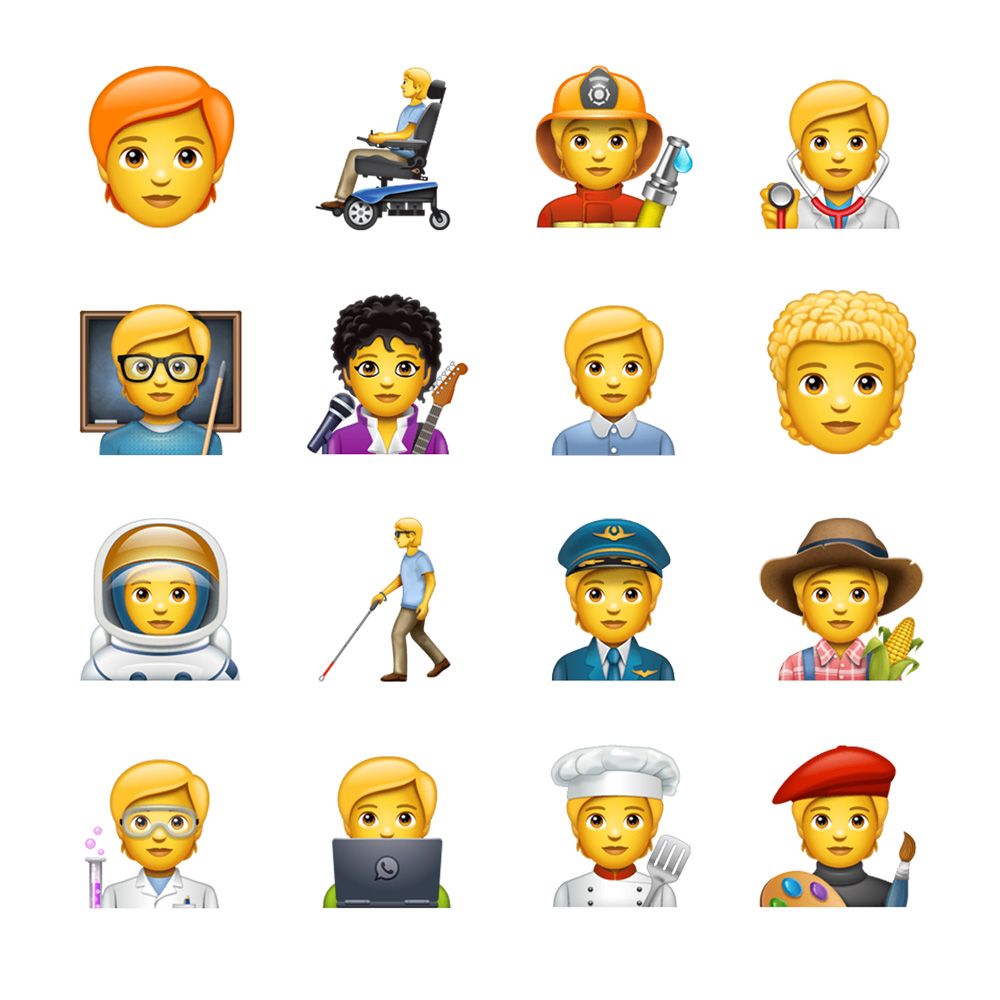 Above: a selection of the new gender neutral emojis that debuted in WhatsApp 2.20.198.15.

Not all of Emoji 12.1 has been implemented in WhatsApp to date. 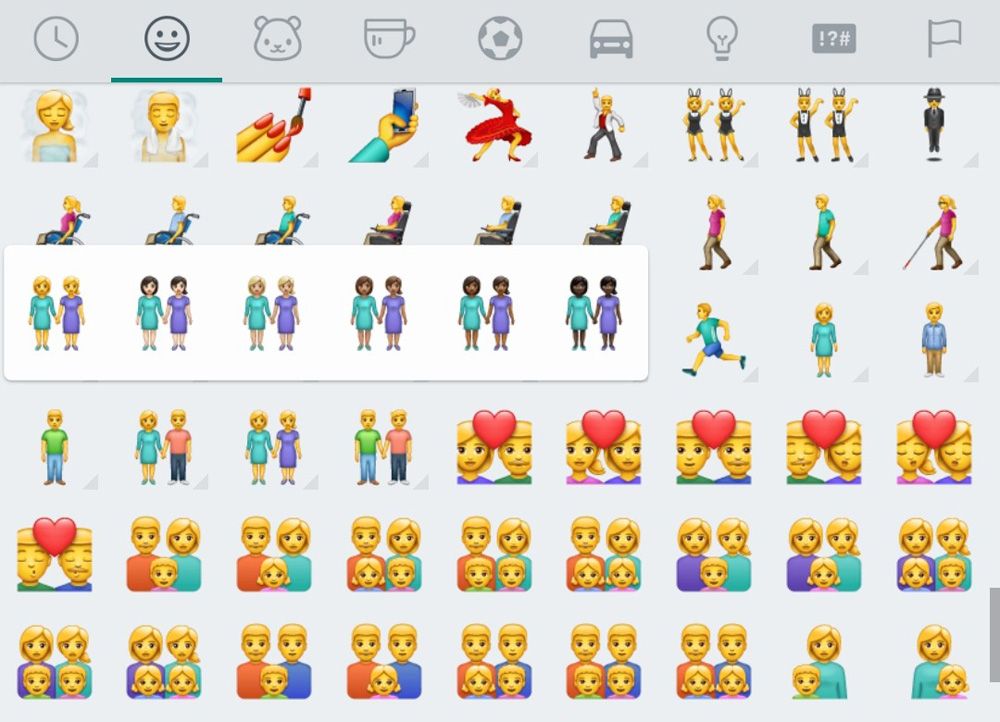 Above: the WhatsApp emoji keyboard on Android, with 👭 Women Holding Hands selected.

From an interface perspective, only shared skin tone combinations (where both people have the same skin tone) are available from the WhatsApp emoji keyboard, even though the app does support many of the mixed skin tone options.

Additionally, 🧑‍🤝‍🧑 People Holding Hands does not appear as an option on the WhatsApp emoji keyboard, despite it being supported via copy and paste or if sent in a message.

A total of 12 previously released emoji designs were revised in the WhatsApp 2.20.206.24 update: namely 👰 Person With Veil, 🤵 Person in Tuxedo, and their skin tone variants.

👰 Person With Veil has a new gender-inclusive appearance, making way for the new gender-specific options in this release. 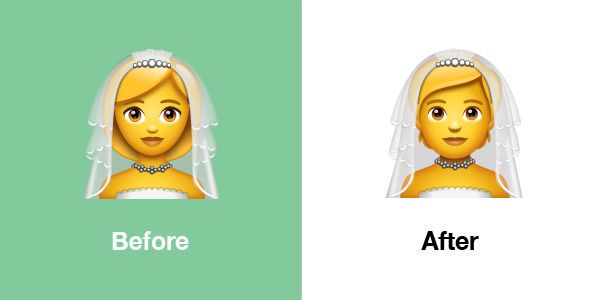 🤵 Person in Tuxedo has a new gender-inclusive appearance, making way for the new gender-specific options in this release. 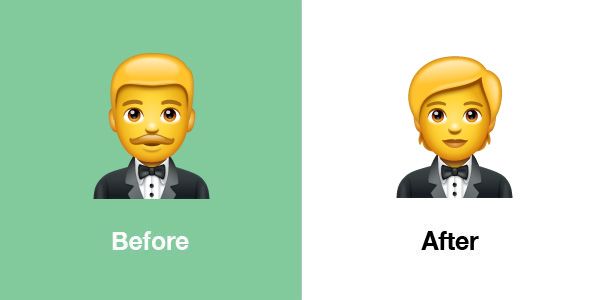 No previously released designs were updated in WhatsApp 2.20.198.15.

These new emoji designs are now available for Android users when the app updates to WhatsApp 2.20.206.24 or above. For most users this will have taken place on December 3, 2020. WhatsApp 2.20.198.15 which contained some of these earlier updates hit most Android phones in September 2020.