Still catching up on emoji news from earlier in the month, here is a proposal from Peter Edberg (Apple) and the Emoji Subcommittee for 10 separate hand gesture emojis.

Some of these have been combined from individual proposals, linked within the larger document. Included on the list are:

Of these, many have multiple meanings, which does bolster the case for inclusion in the Unicode Standard: 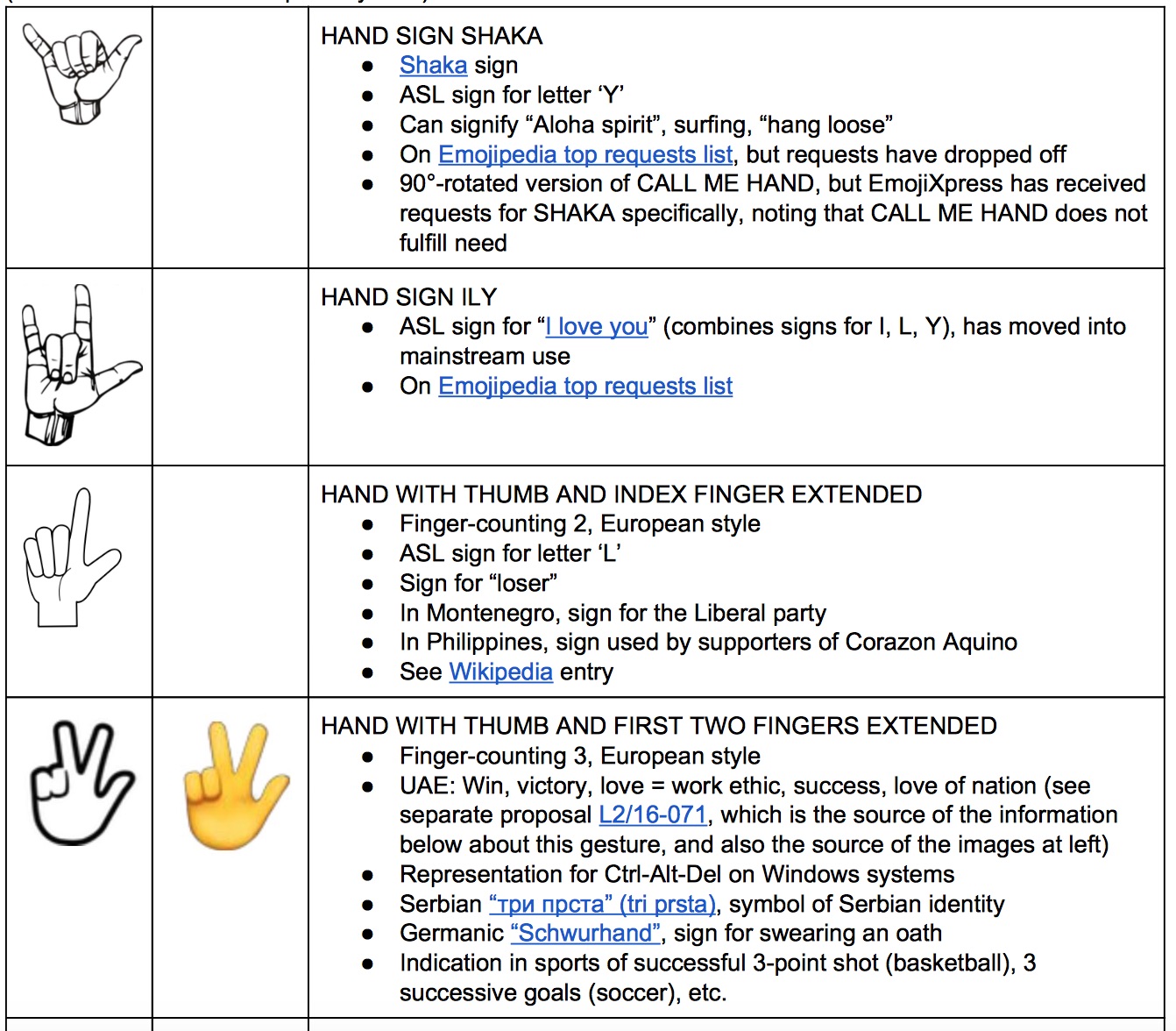 Just two gestures made the cut in the proposed Unicode 10 emoji list this time around:

It's unclear to me whether the Shaka is sufficiently different to the 2016-approved 🤙 Call Me Hand. The orientation and intent are different, but at small sizes they would appear to be quite similar.

Personally, I would love to see the expressive All Fingers Together make the cut in future[1].

It's possible that any or all of the remaining gestures may find their way into a Unicode release after version 10.0, which is to be released in mid-2017.