Today open-source emoji makers Emoji One, first launched in September 2014, updated their set of emoji images in a project known as Emoji One: "The 2016 Collection".

Above: Unicode 8.0 emojis in the 2016 collection: Hugging Face, Bottle With Popping Cork, Sign of the Horns, and Crab.

This update includes all the emojis in the Unicode Standard which have become familiar to users of iOS since Apple's latest update in October.

In addition, all images from the first release of Emoji One have been updated with a more detailed visual style.

Above: Wrapped Present Emoji: The new 2016 version is shown on the right.

Above: Emoji One 2016 supports emojis for the entire Unicode Standard.

Emoji One 2016 uses flat colors, but with a lot of detail included - to the point where you might be forgiven thinking these are shaded bitmaps like Apple's emoji images.

The entire Emoji One set of images have been created using vector graphics, and are distributed as SVGs that can be rendered clearly at any size.

The detail included is really impressive for vector graphics, being sharp and clear at small sizes, but quite detailed when blown up larger.

Smileys have the most familiar appearance, as there's not as much to work with compared to other categories of emoji: 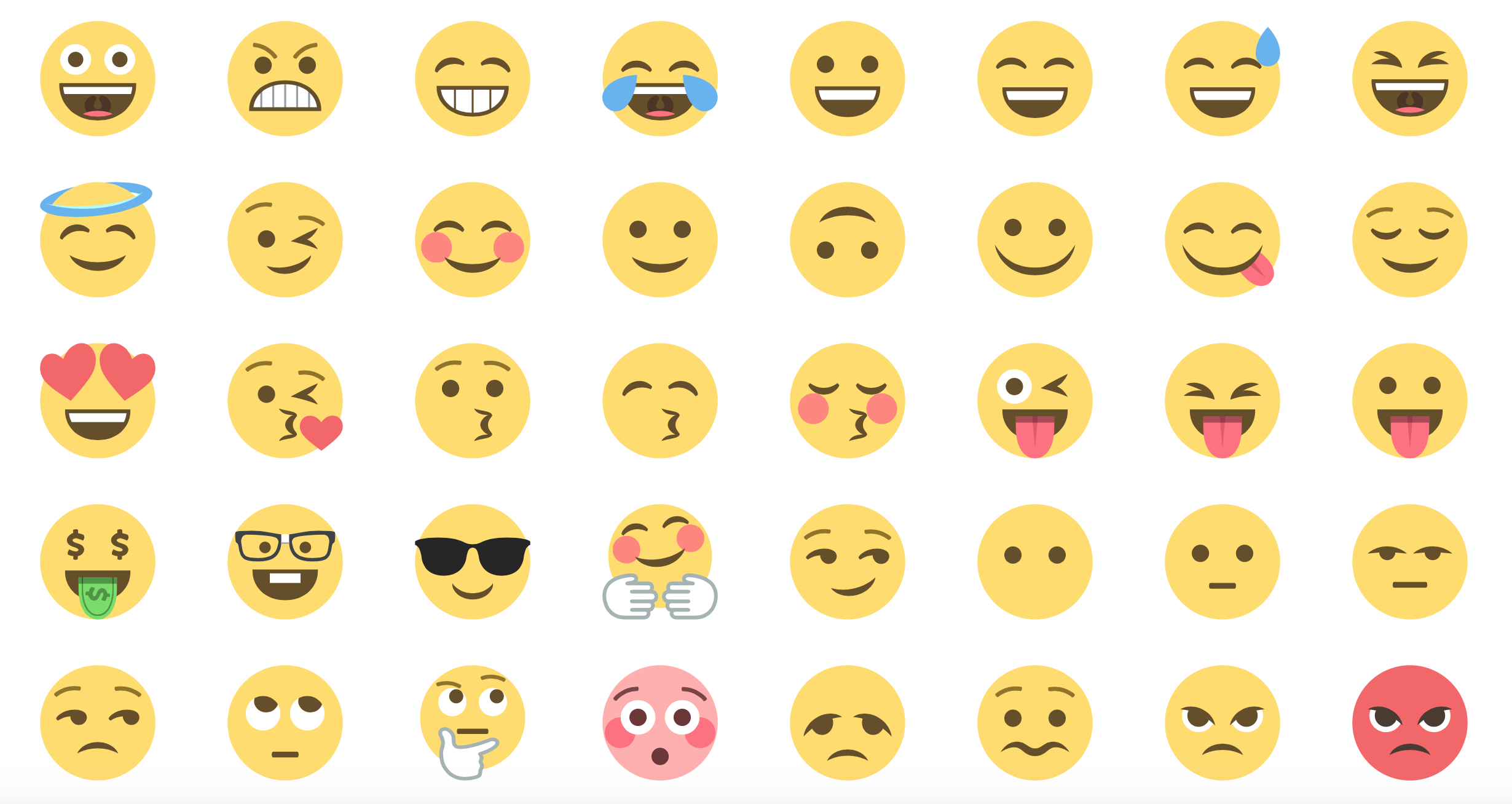 The other human-looking faces use a default-yellow skin tone, unless a modifier is applied. Here's how the default-set appear across recently updated platforms: 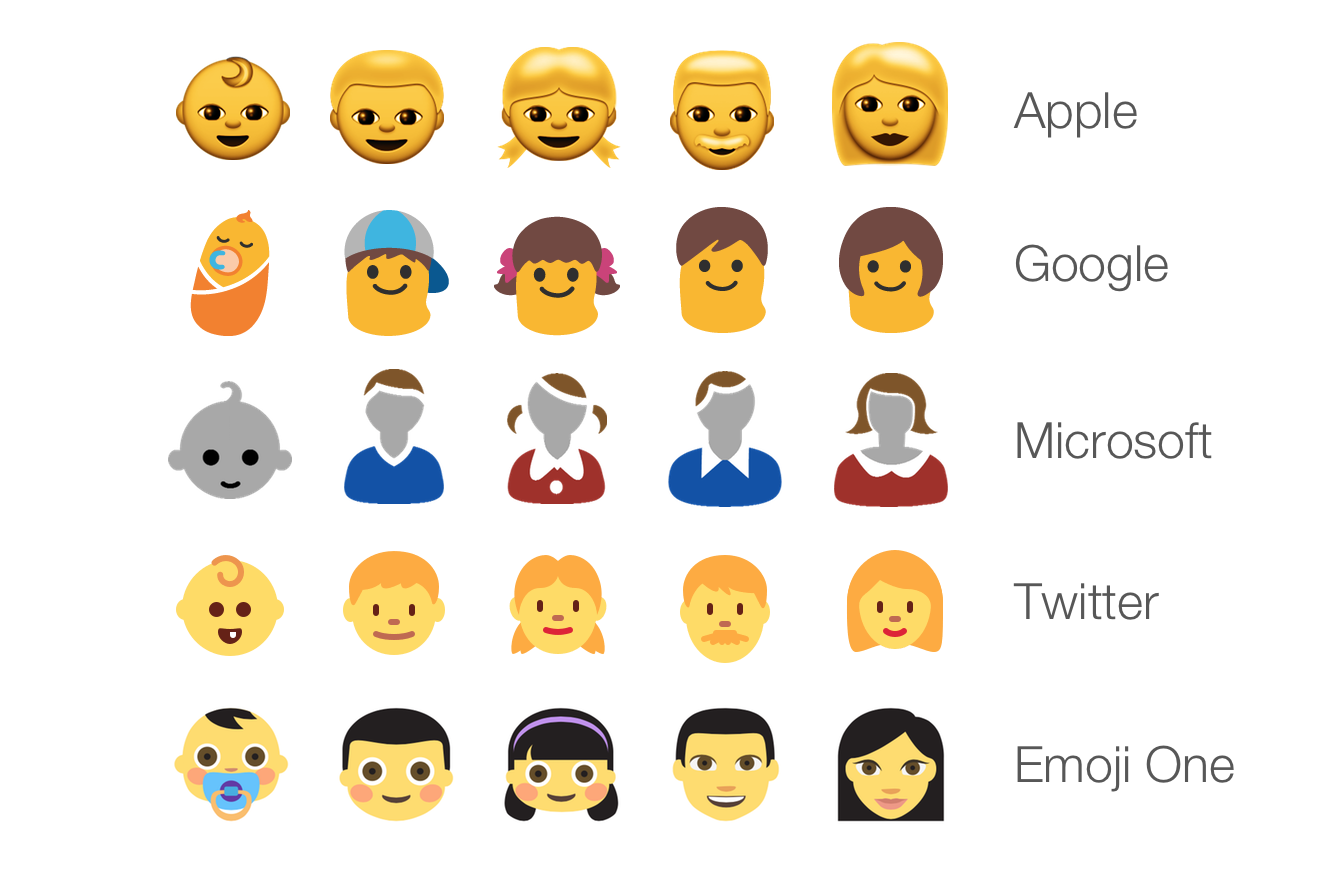 The design is quite playful, which was part of the plan according to Emoji One founder Rick Moby:

"We wanted to raise the level of fun. We wanted to be the anti-generic emoji set. Whatever it took to bring out that emotional response. The simple pile of poo for whatever reason took 20+ iterations before we were satisfied enough."

Above: Humans all default to yellow skin tone in Emoji One 2.0.

In particular, the animals are quite adorable. Who knew a spider could be considered cute? 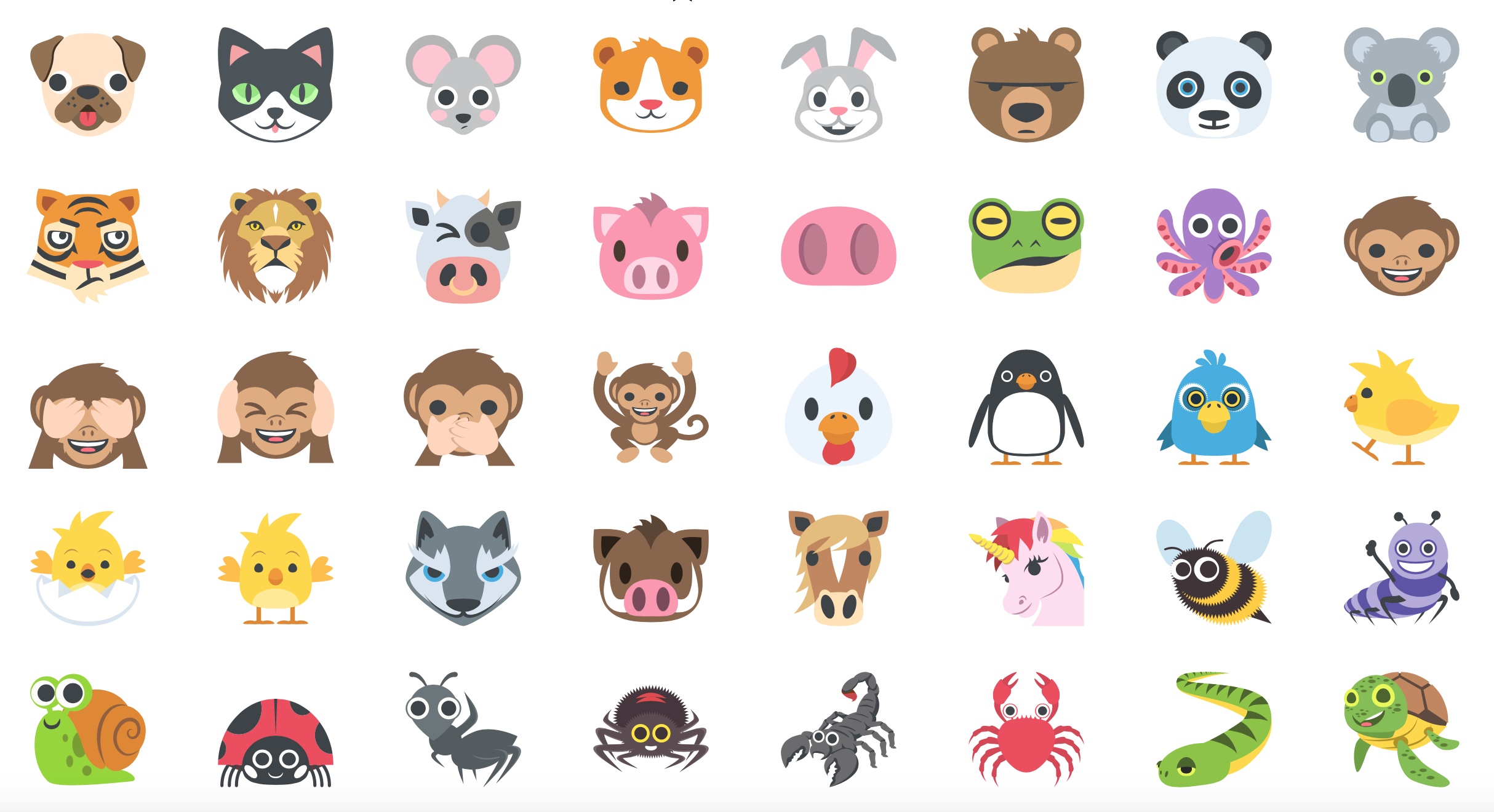 The differences between the first release and this latest 2016 update are most clear in the Travel & Places category where the updated images are more colorful and creative than they were in the past. It might be tempting to skip quickly through some of these, but each has been given a full makeover. 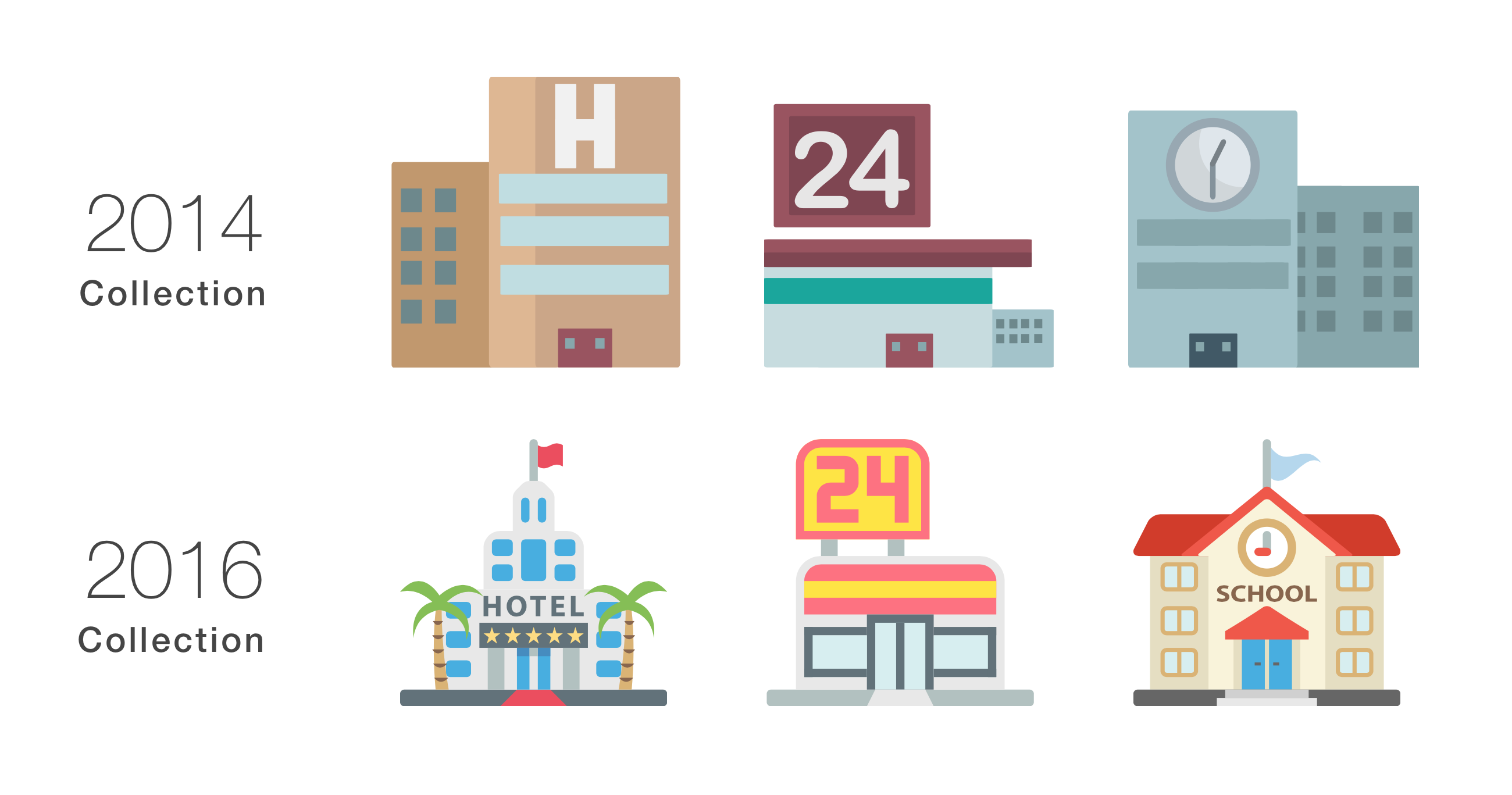 Above: Comparison of old and new Hotel, Convenience Store, and School.

All five modifiers are supported for skin tone changes, which can be applied to the human-looking emoji characters. 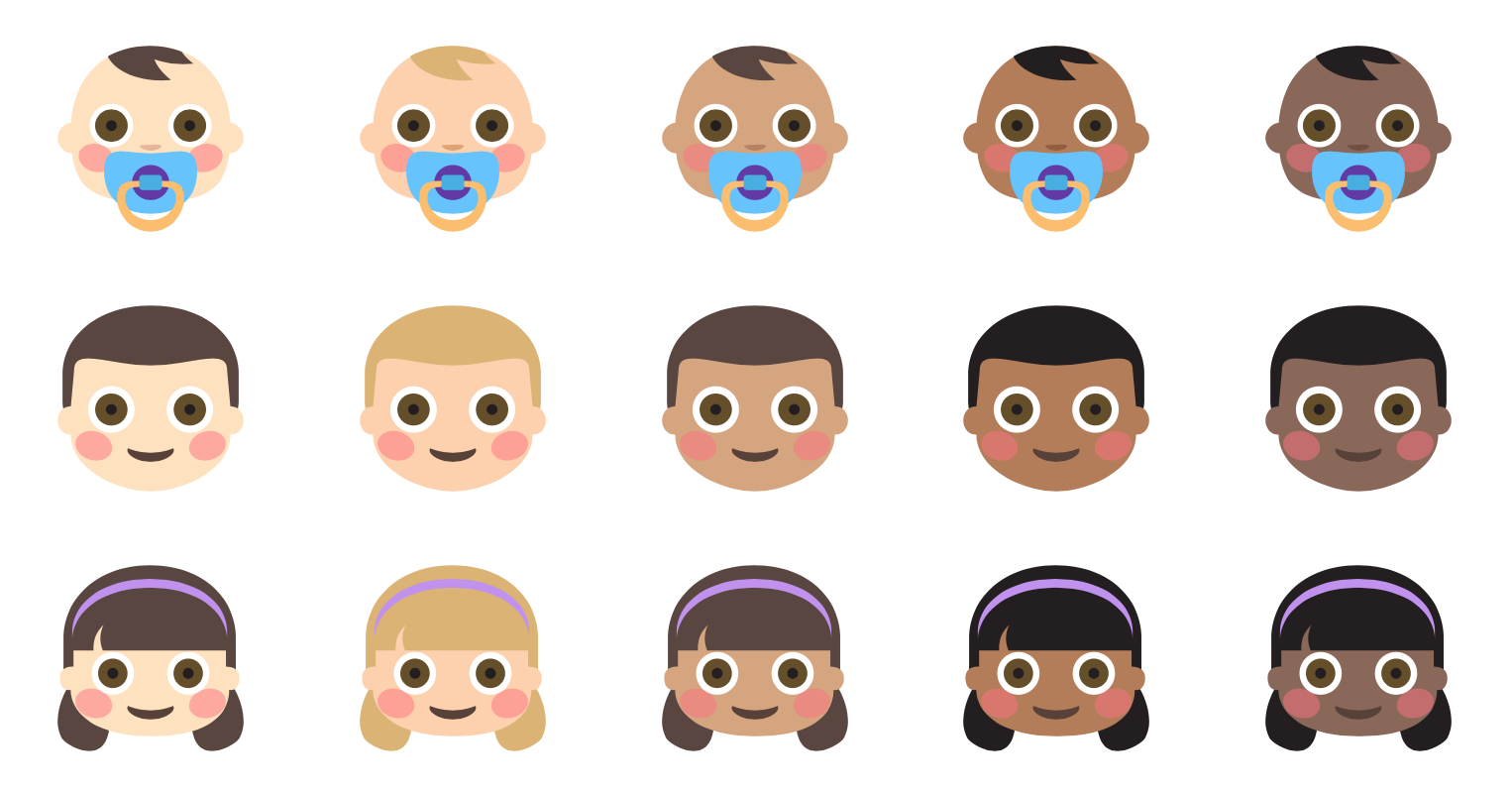 Above: Skin tone modifiers are supported in this latest release.

Hair colors on modified emojis are all shades of brown or black, with the exception of Emoji Modifier Fitzpatrick Type-3 which takes Apple's lead in showing blond hair (sorry redheads).

This differs from Windows, which uses dark hair for all skin tones, and Twitter which makes the default-emoji have orange (red) hair.

Above: Sleuth or Spy in The 2016 Collection.

The Sleuth or Spy emoji supports emoji modifiers in this set, even though the Unicode Standard does not currently recommended this.

The same emoji works on Twitter.com, but will appear with a modifier-square after it on iOS where it's not supported (yet): 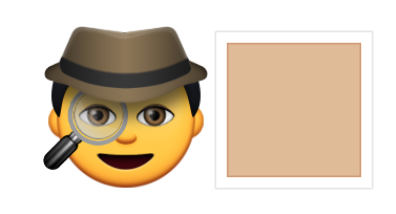 257 emoji flags are supported, which is the same number supported by Apple. This covers all of ISO 3166-1 including optional flags such as the EU and Kosovo.

Above: Flags have a custom circular design in the latest Emoji One release.

British countries such as England, Scotland and Wales do not have their own flags, as the proposal to allow for sub-regions has not yet been approved.

Unlike other emoji sets, Emoji One now uses circles for the flags, instead of rectangular designs shown on other platforms.

Families are all included, as are same-sex couples. As with Apple's implementation of these characters, only the default yellow skin tone is permitted.

Above: Family emojis permit a range of combinations.

These use a Zero Width Joiner (ZWJ) sequence to combine multiple other emojis into a single visible character.

There's a lot to see here, but these are the emojis that caught my attention when first looking through the update.

👸 Princess takes on a different appearance to most other platforms. 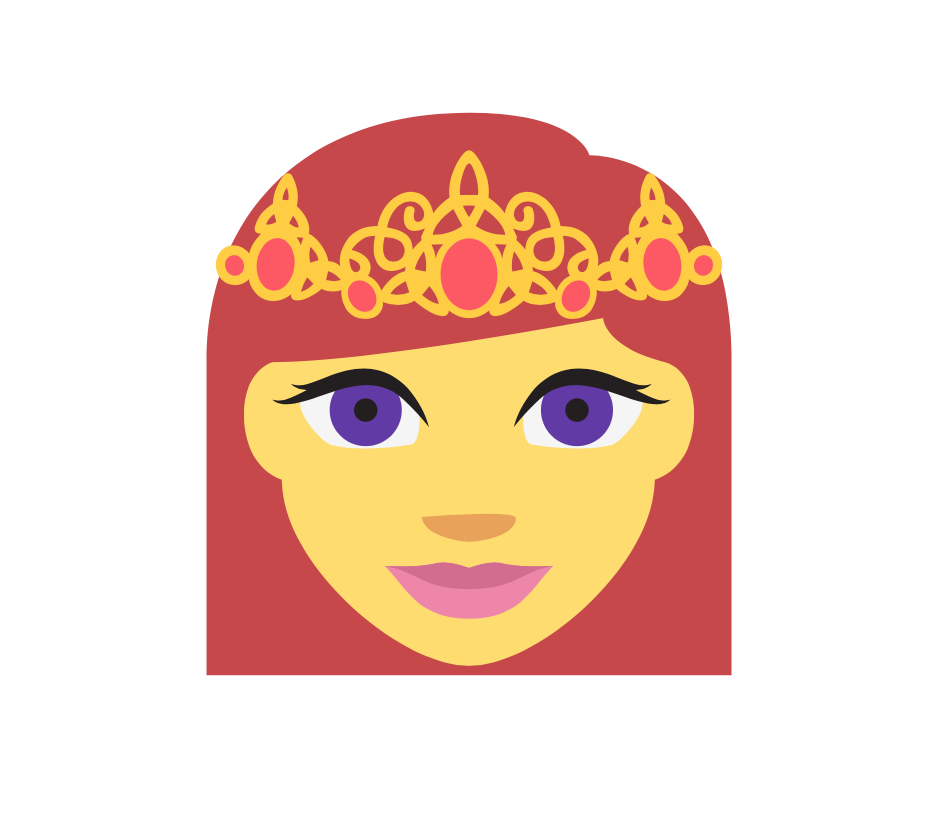 🐊 Crocodile is very friendly looking, leaving Apple as the only vendor with a photorealistic croc. 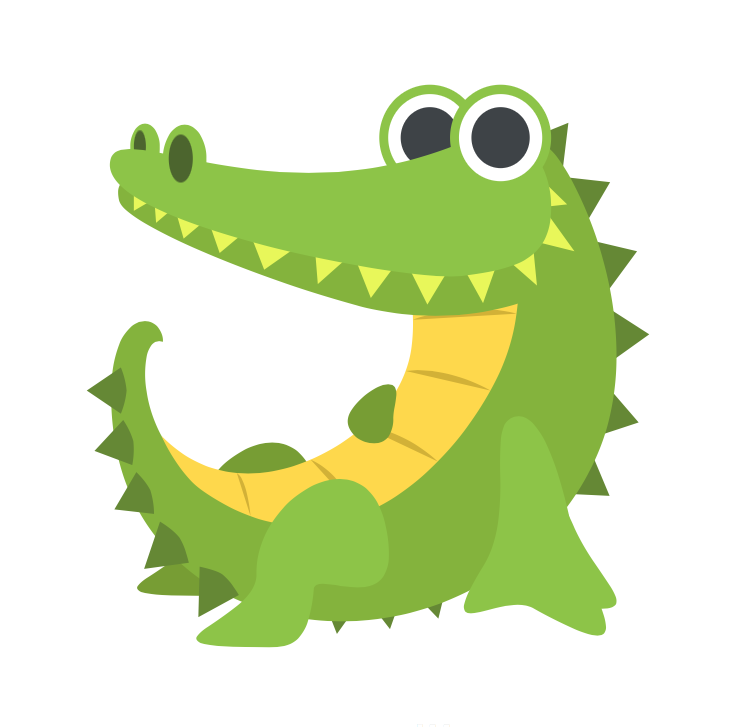 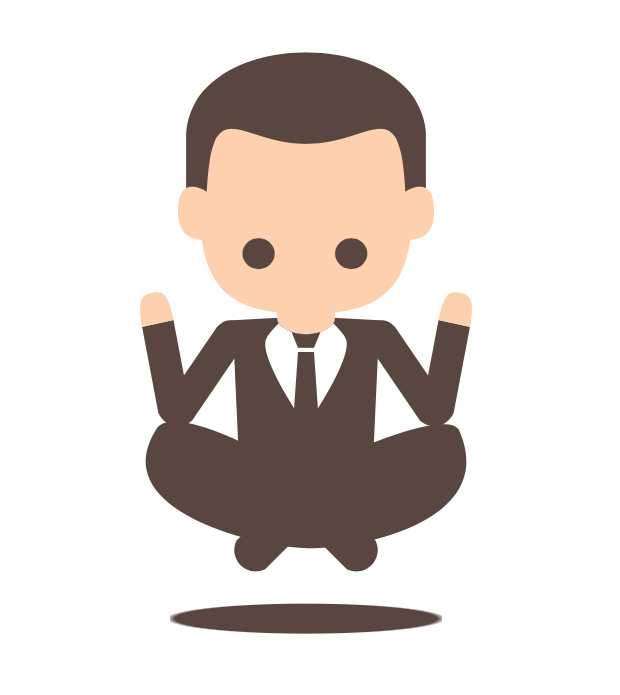 💩Pile of Poo is shocked. 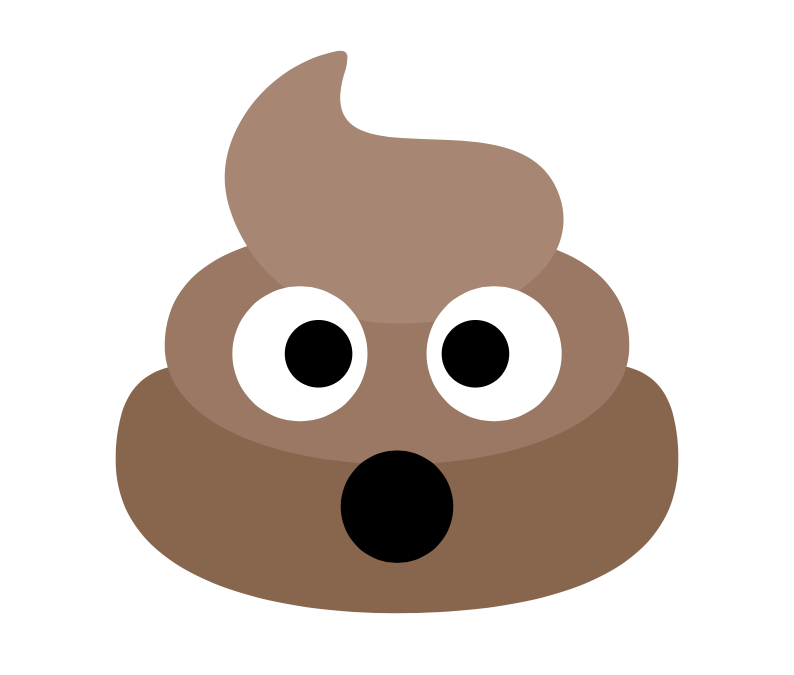 🖥 Desktop Computer has the latest Emoji One logo on the case. 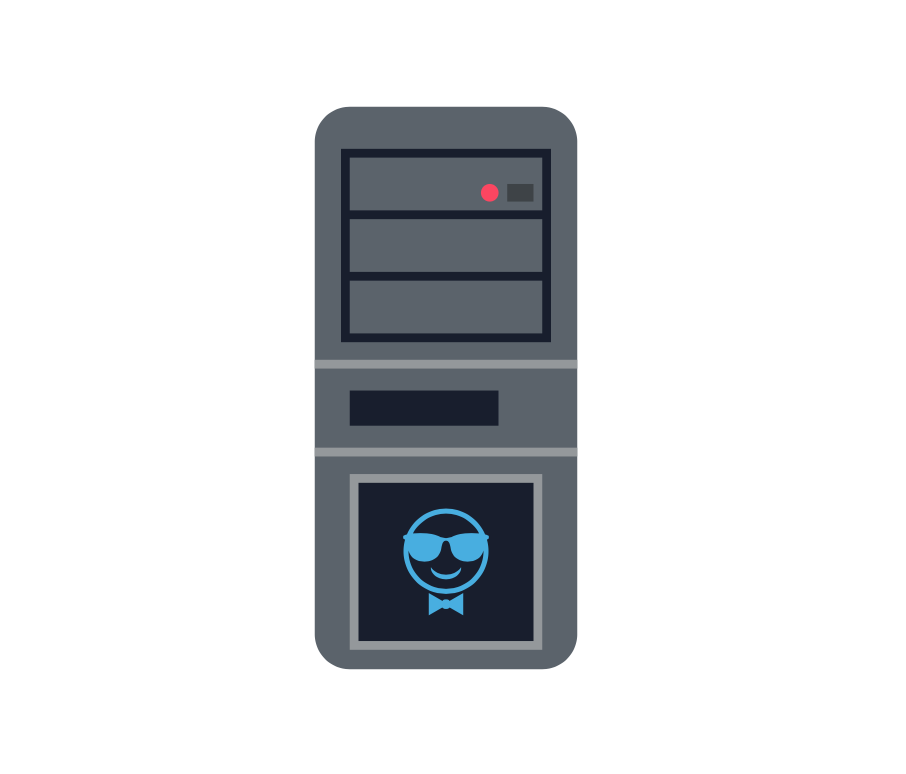 🏉 Rugby Ball carries the Emoji One name and logo, too.

☃ Snowman and ⛄ Snowman Without Snow get quite distinct appearances:

👞 Mans Shoe is rather classy looking, with a black dress shoe instead of a brown shoe on other platforms: 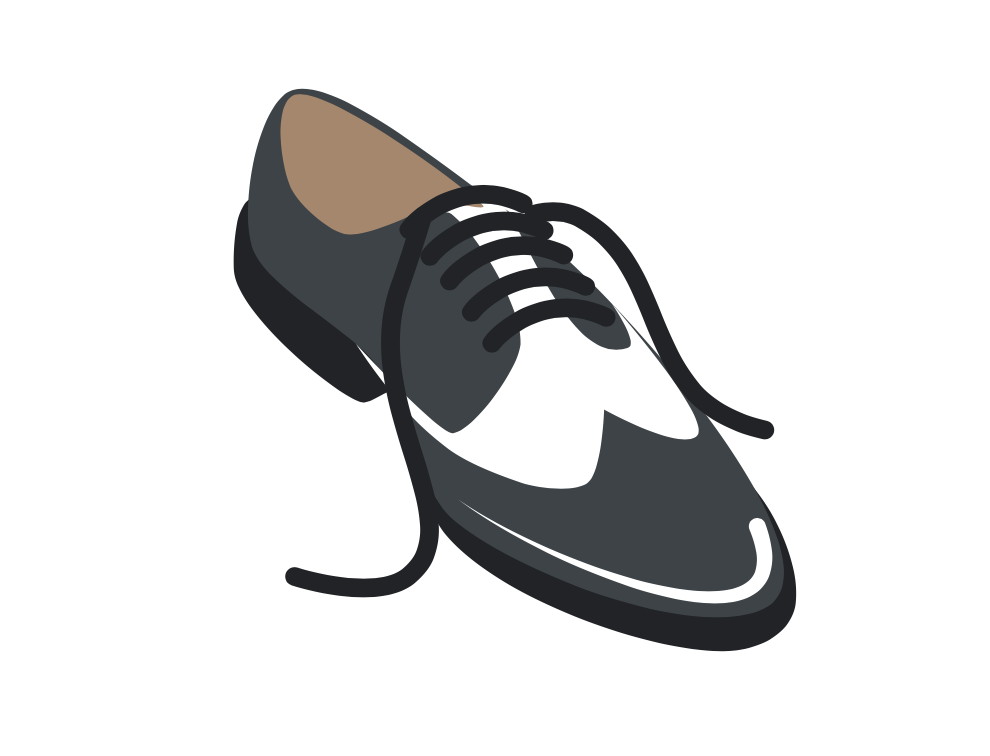 🕳 Hole has a ladder coming out of it. Makes the emoji clearer (it's not all that obvious on other platforms that this is a hole), but does it change the meaning? 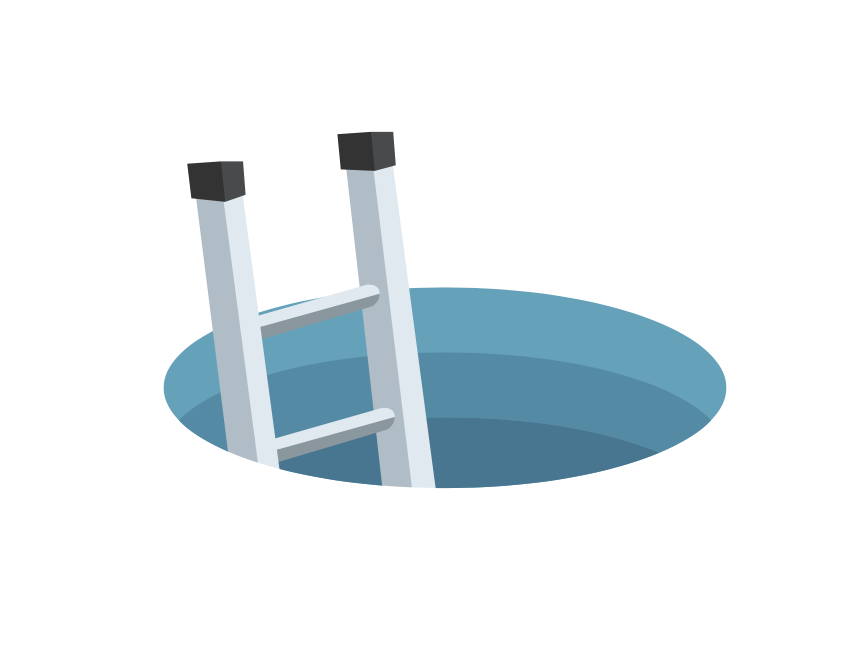 While some of these deviations from the 'regular' emoji sets add interest and are very well designed, it's yet to be seen if any confusion would be caused by those same differences.

Personally, I enjoy the variety Emoji One brings to the table, being in a unique position to do so.

The license for Emoji One now allows free use of the images both on the web, and for print. Attribution is required, but that's it - even for commercial projects. 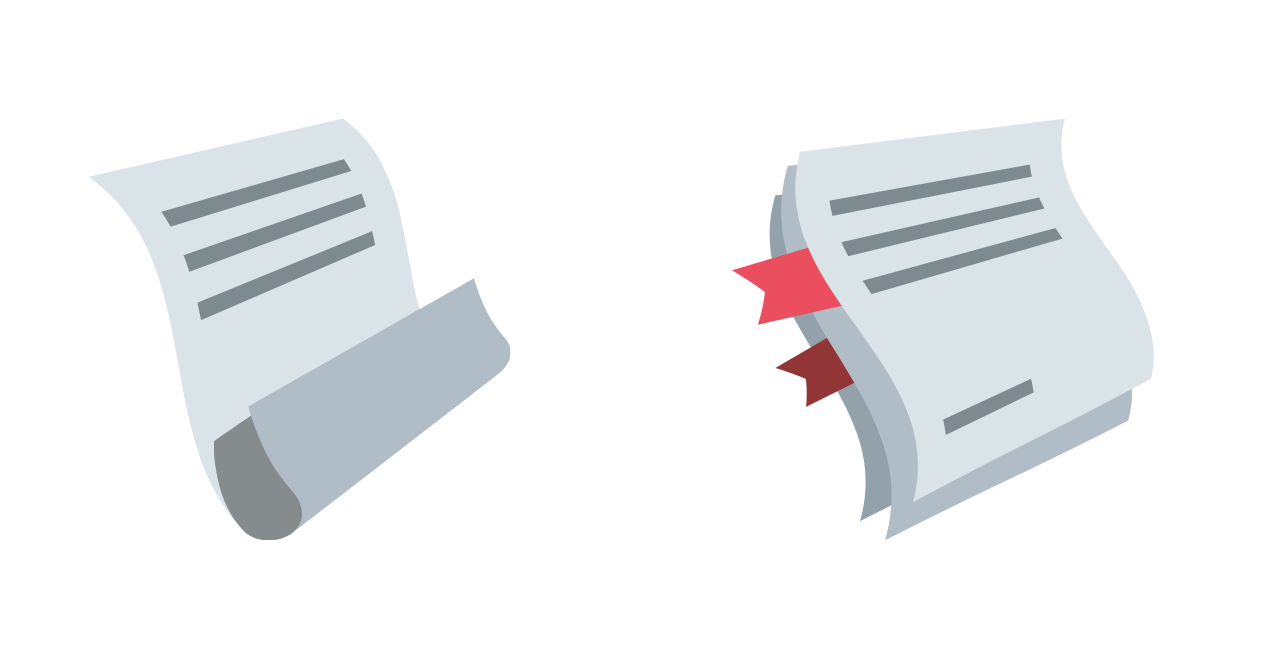 Emoji One is a first class citizen in the emojiverse. It features a comprehensive set of all emoji characters and is great option for developers looking to include emoji images in their projects.