Facebook has released new statistics to coincide with World Emoji Day showing an average of 5 billion emojis sent each day on Messenger.

This makes the otherwise-impressive figure of 60 million emojis being sent on Facebook look rather quaint by comparison. 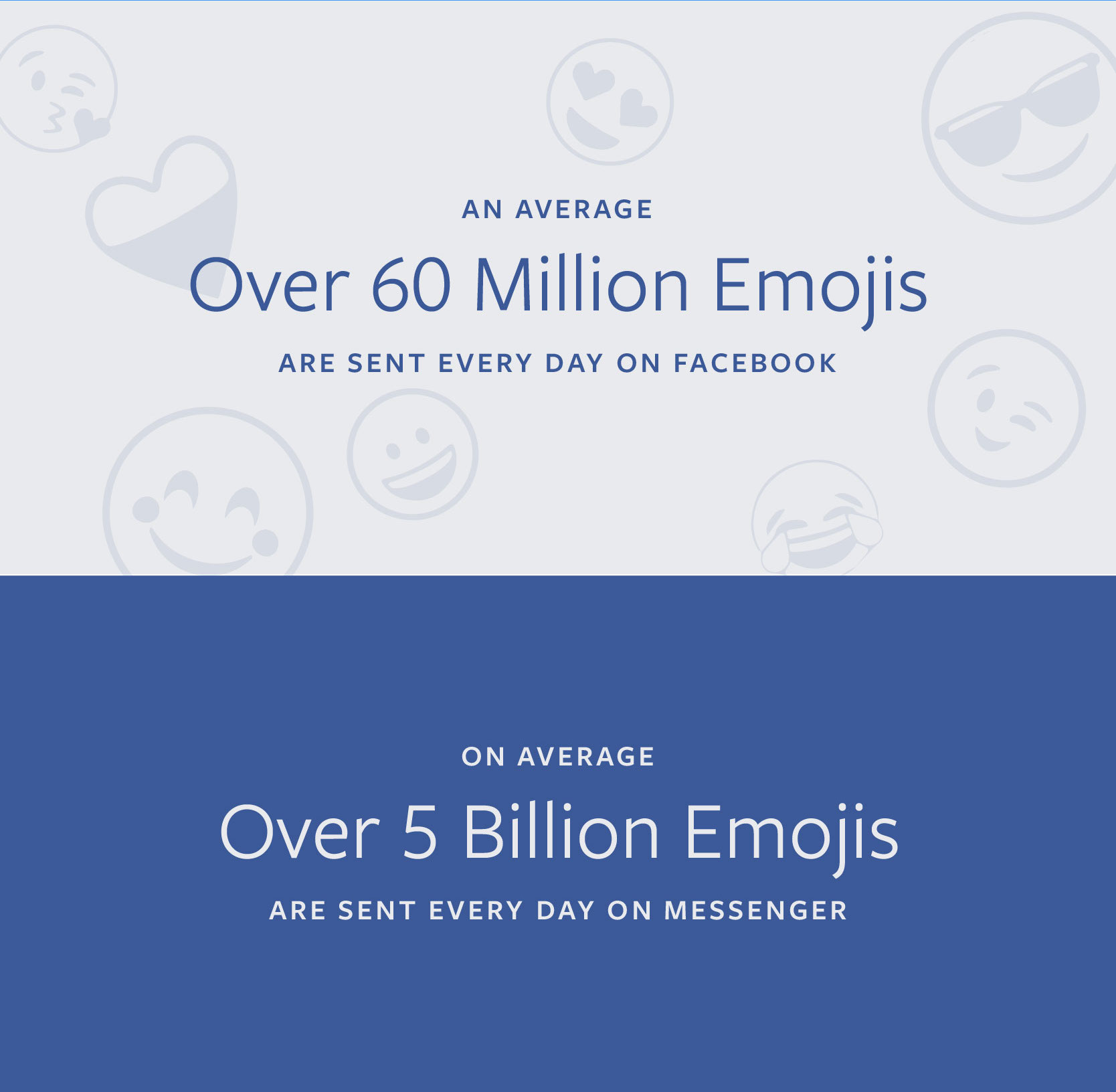 Above: On average over 5 billion emojis are sent on Messenger daily. Image: Facebook

Another interesting comparison between the privacy-focussed Messenger and the more open Facebook is the difference in emojis used.

While evergreen 😂 Face With Tears of Joy is most popular on Facebook, this data shows more people sending hearts when in the privacy of Messenger. 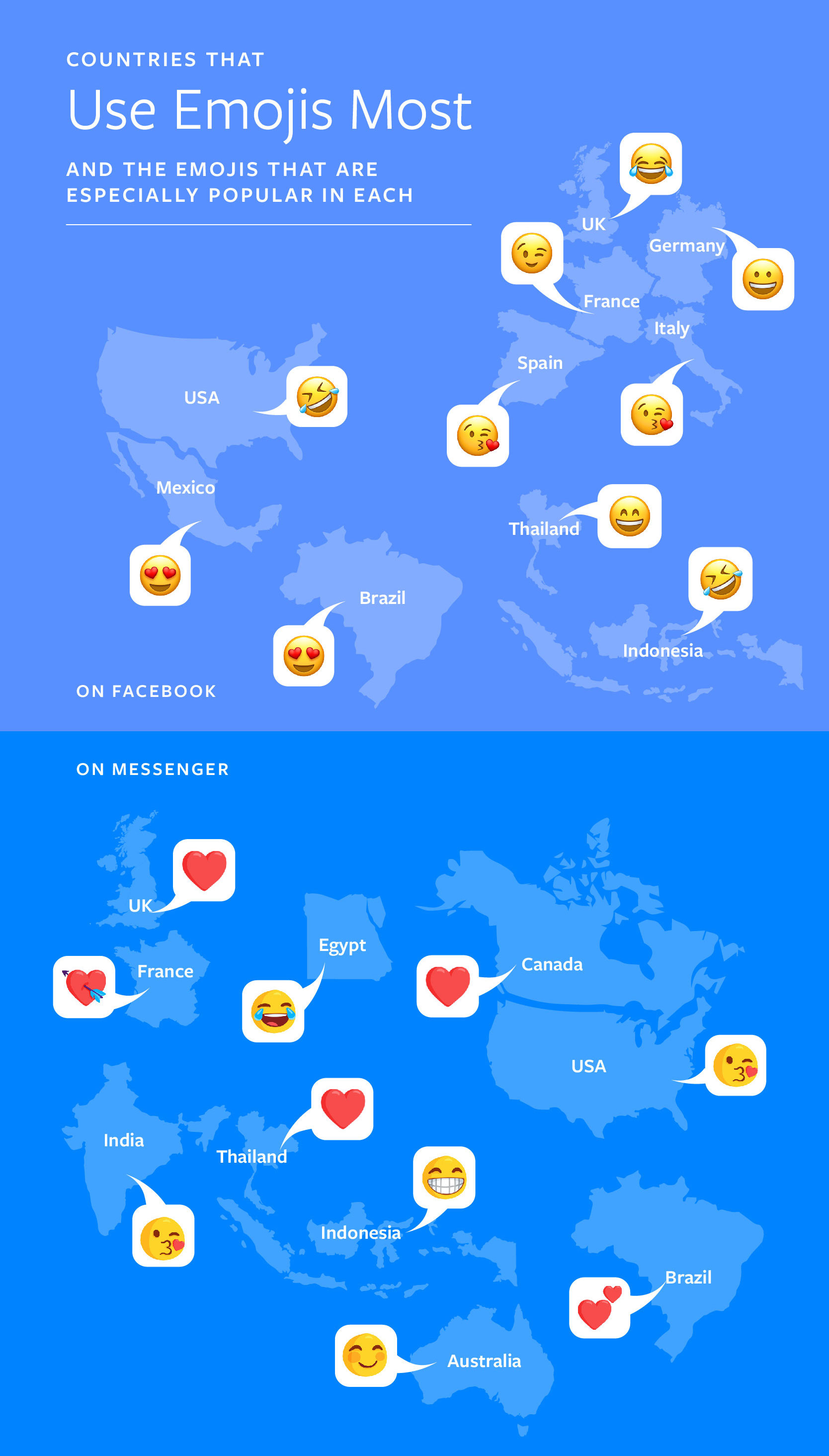 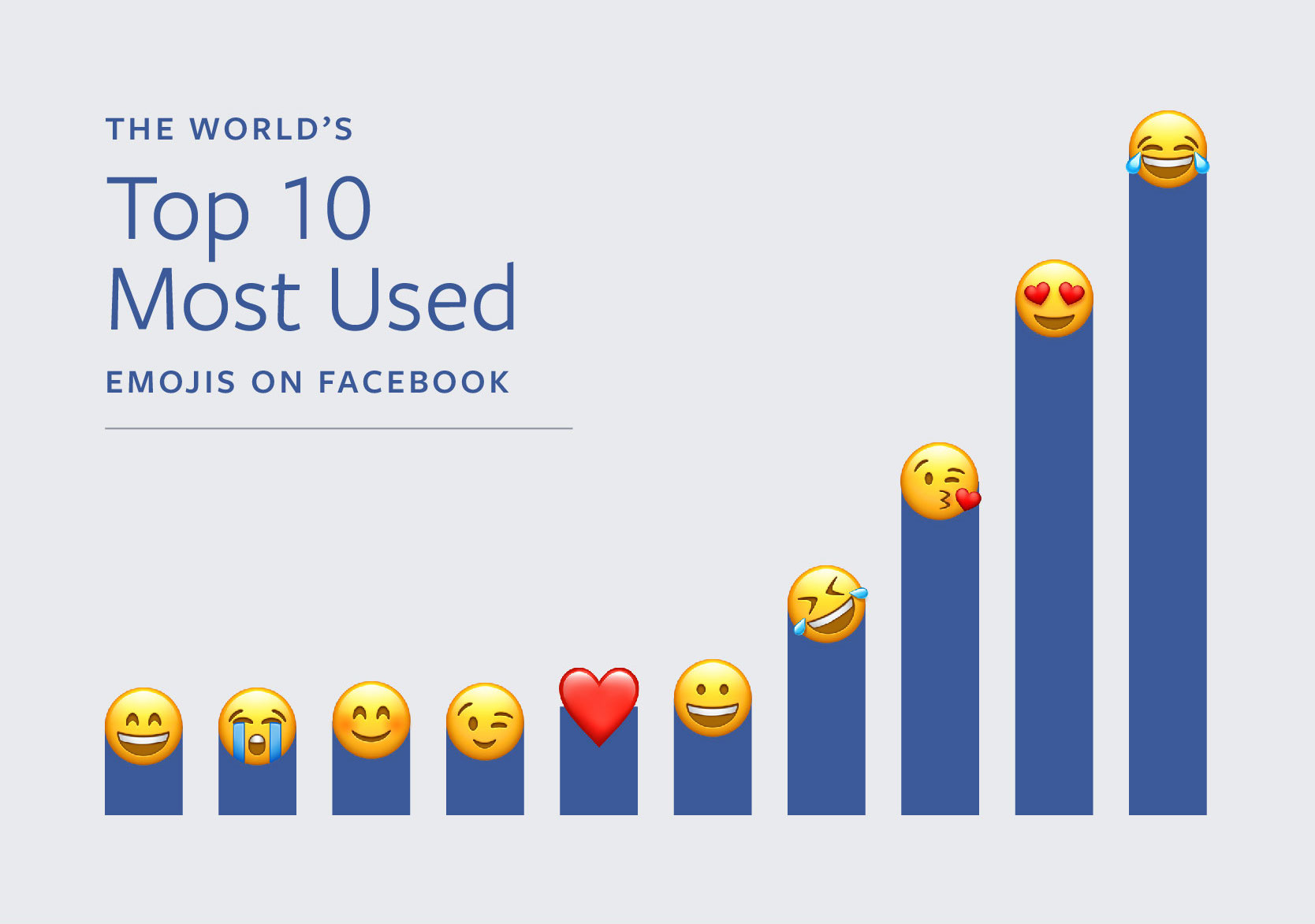 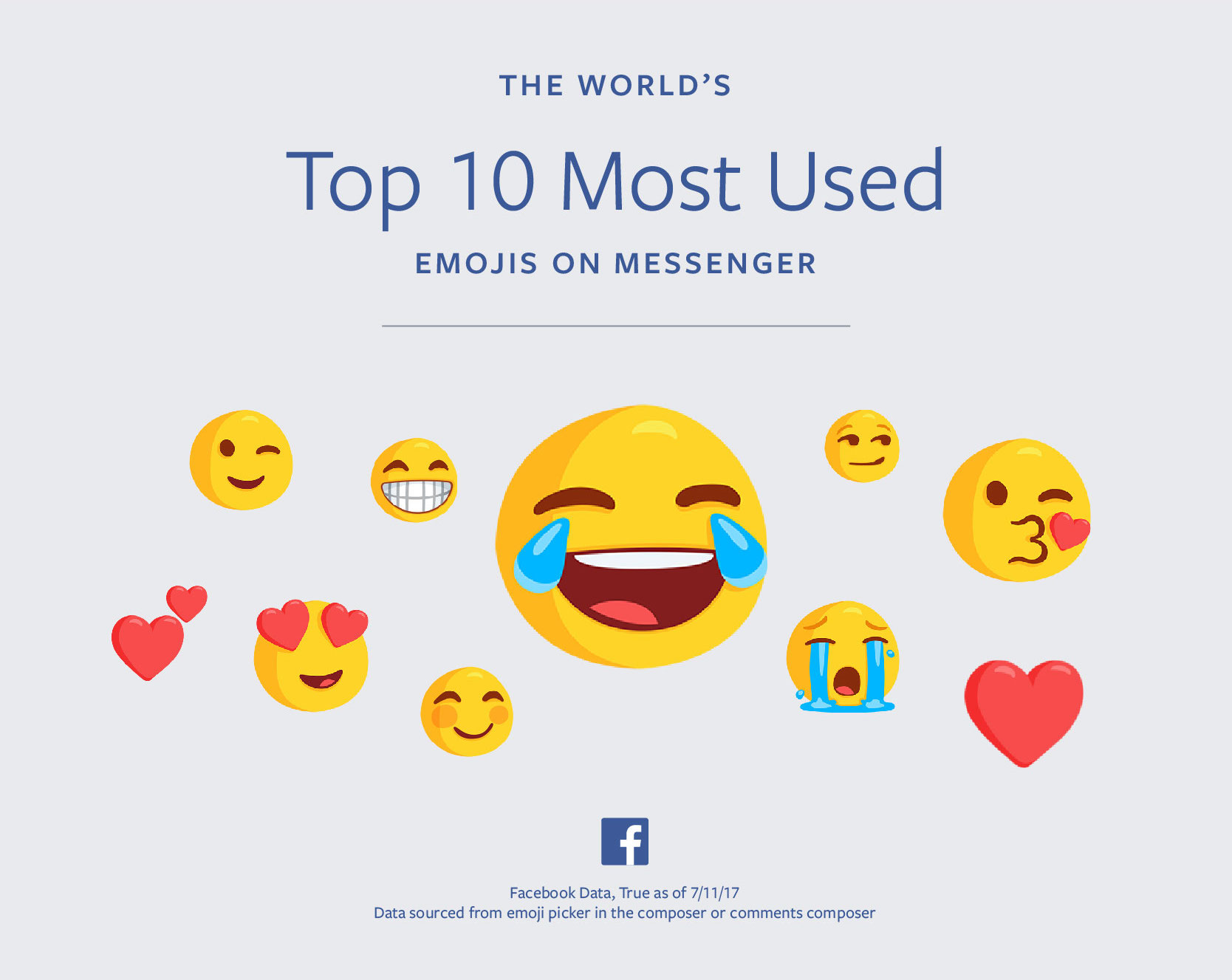 Now we'd love to see how many words there are for every emoji used. Perhaps next year!