Google has released the Android 11 beta, which includes support for latest emojis.

Emoji additions include Smiling Face with Tear and Pinched Fingers. 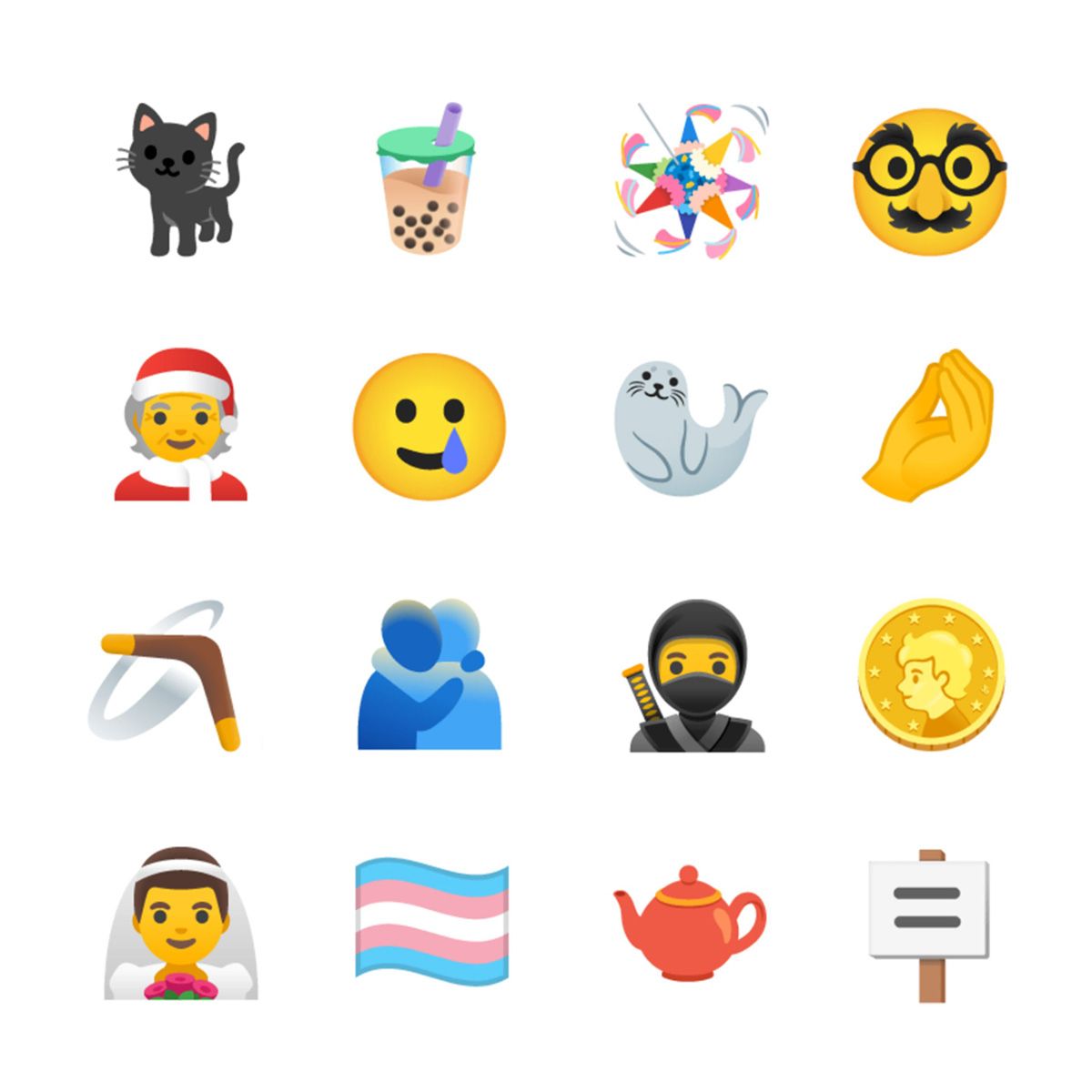 Above: A selection of the emojis designs available in the latest Android 11 beta.

This beta includes support for 117 new emojis, all of which are from Unicode's Emoji 13.0 release approved earlier this year.

Earlier this year Pixel users were given an emoji update for Emoji 12.1 release. This included a series of gender neutral emojis, brought forward by Unicode in late 2019.

Although the 117 new emojis from Emoji 13.0 are supported in the Android 11 beta, they are not yet accessible via the emoji keyboard section of Gboard.

To test these new emojis in the beta release, users can copy and paste from the web. It should be noted that as no other major vendor (except Twitter) supports these new emojis at this time, these will not be suitable for common use.

Above: "Copy and paste this emoji" area for Smiling Face with Tear as viewed on Android 11 beta.

Update: According to a report from Ben Schoon on 9to5Google, some classic emoji designs may also be returning to Android 11.

“In the leaked Android 11 emoji set we first reported on last night, there’s an important change buried underneath. Google is reverting Android’s turtle emoji back to the one last seen in Android 7.1 Nougat. In other words, it’s bringing back the best turtle emoji that’s ever existed.” 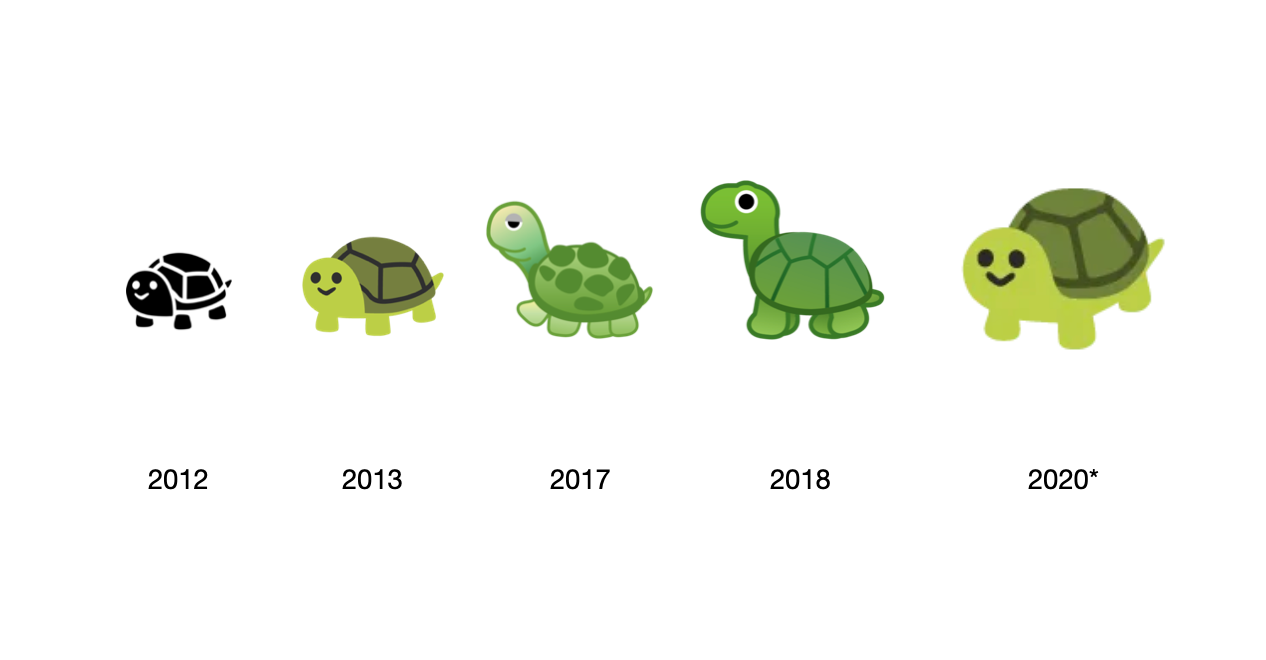 Above: According to 9to5Google, the Turtle emoji may be reverting to a previous design in Android 11. Image: Google / Emojipedia composite.

This adorable version of 🐢 Turtle first appeared on Android in 2013 and has gone on to find increased popularity since being replaced with a new design in 2017.

Other changes shown by 9to5Google include emojis that reflect the style of earlier designs, but appear to actually be new designs altogether. For example 🐙 Octopus appears to be a completely new design, not seen before on Android. 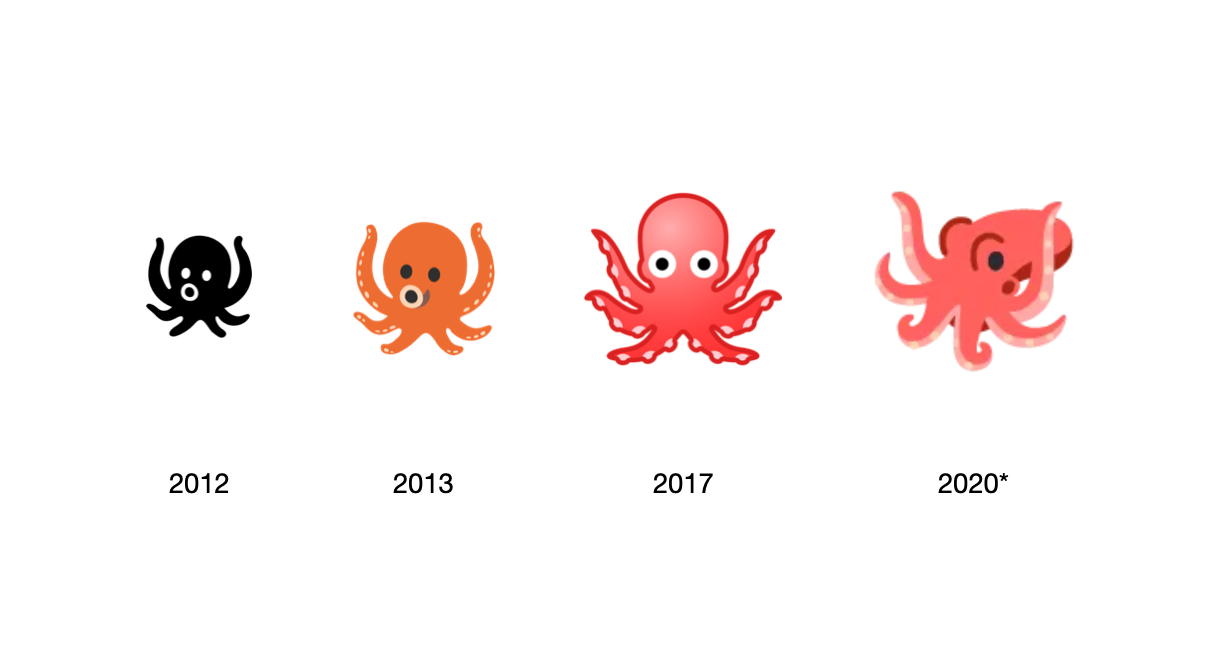 Above: According to 9to5Google, the Octopus emoji may be reverting to a previous design in Android 11. Image: Google / Emojipedia composite.

Similarly, the design shown for 🐈 Cat evokes the spirit of the earlier Android design, but is given a 2020 update. 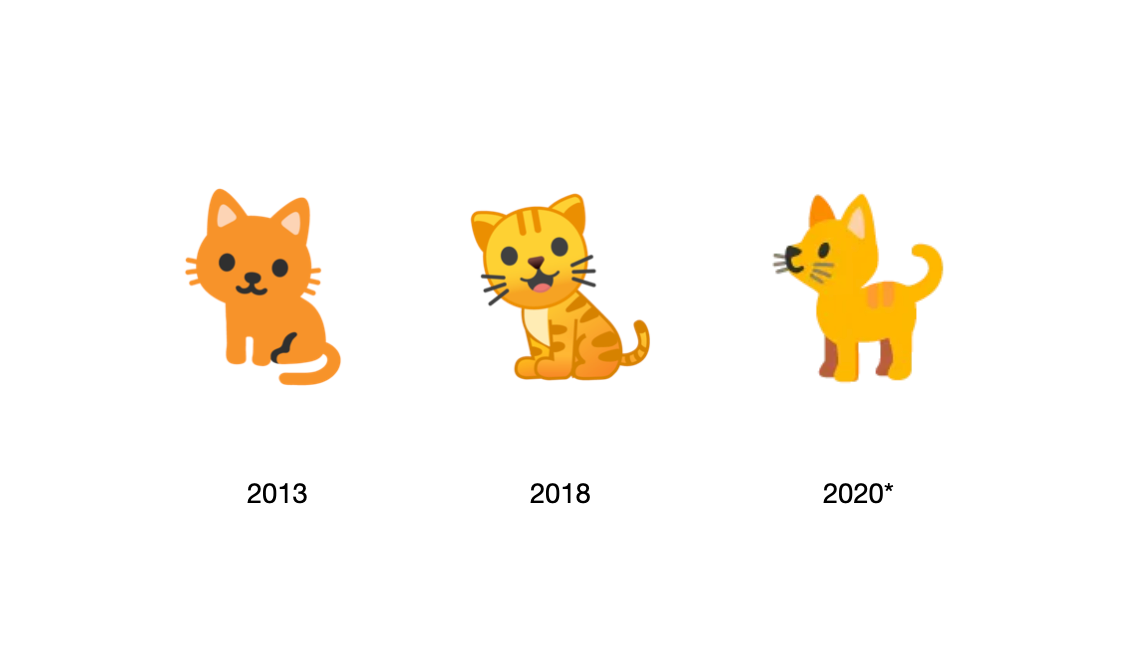 Above: Cat emoji on Android over the years. Images: Google / Emojipedia composite.

These animal redesigns are not shown in the current beta of Android 11, but are potentially due to arrive prior to the final release in the second half of the year. More on this from 9to5Google.

At the time of writing, Google had not responded to a request to clarify if this report is accurate or if these new emojis are coming to more users in a future Android 11 upate.

Android 11 Beta is now available for Google Pixel 4 / 4XL, Pixel 3a / 3a XL, Pixel 3 / 3 XL, and Pixel 2 / 2 XL. This is pre-release software for testing and not recommended for regular users on a primary device.

As with all beta software, designs released by Google are subject to change prior to the final release.

The latest emojis will come to more devices when Android 11 is final in the second half of this year. Timelines for rollout will vary by device and region, with some phones getting updates sooner than others.

As with all Android emoji updates, Samsung devices have their own emoji set which operates on a different timeline to Google's emoji font. Additionally, some Android apps such as WhatsApp, Facebook, Twitter implement emoji support with app-specific designs that are released independently of operating system updates.

In short: emoji updates are coming to Android later this year for many users, but if you want to test it now, Android 11 beta is the way to do so.